What to Look for When Buying a Used Shotgun (VIDEO)

If you’re in the market for a used shotgun — pump-action, semi-auto or break-open — but are unsure about the condition, gun shop owner Mark Micoley has some tips that will make you a more confident shopper.

“Your biggest thing is just general condition,” Micoley said. “Look at (the shotguns), look for rust, cracks, or any damage to them. If you’re lucky enough to be somewhere to go out and shoot them, that would be the most fun.”

Micoley has been in the gun business for more than 30 years at Rock Ridge Shooter’s Supply in northern Wisconsin. He walked Guns.com through the process of buying a used gun. He started with rifles and will now show how to inspect shotguns. 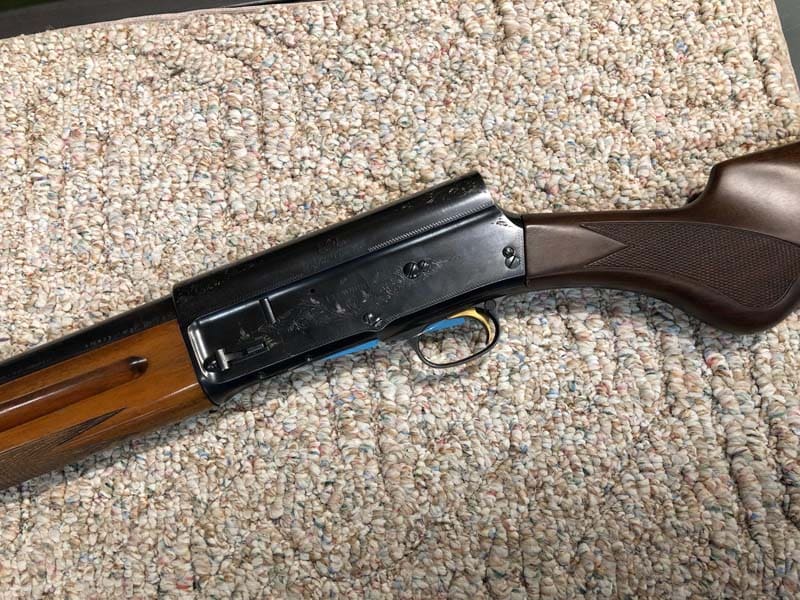 An informed buyer always examines the gun’s exterior carefully. Such a study will quickly show that the Browning A5 shown here has had a cracked buttstock replaced at some point in its life, reducing its value. (Photo: Kristin Alberts/Guns.com)

Micoley explained the first step to inspection a shotgun is making sure the gun is unloaded and safe. That step, however, also affords you the opportunity to work the action.

For a pump or semi-auto, the action should slide smoothly, then lock up tight, and the bolt should only release when manipulating the controls.

For a break-open (side-by-side, over/under, or single-shot), the lever that opens the barrel should feel tight but functional. Then, the barrel when opened should also feel tight and center. An off-balance barrel may indicate heavy wear or need of serious repair. 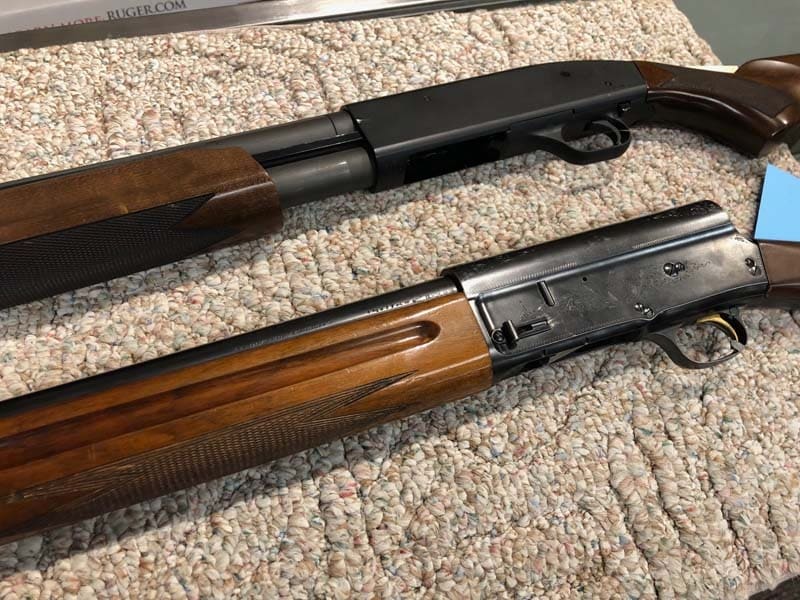 An informed buyer always examines the gun’s exterior carefully. Such a study will quickly show that the Browning A5 shown here has had a cracked buttstock replaced at some point in its life, reducing its value. (Photo: Kristin Alberts/Guns.com)

Next, with the action open, give a look inside the receiver and/or down the barrel. “You’re looking for a little bit of rust or anything that would indicate maybe it was neglected,” Micoley said, adding a bore light could help highlight issues. If all is well, cycle the action and test the trigger.

After that, check the stock and fore-end. Assuming there are no large or obvious cracks, you’re looking for little cracks. “A lot of the semi-automatics have very thin forearms on them in the wood. That’s a spot that you’ll see cracks very easily,” Micoley said.

But also you’re looking to see if the furniture matches. As Micoley pointed out, the stock on the Browning A5 used as an example had been replaced. He said he knew that because the wood was different from the fore-end.

“If you’re looking at this gun as an investment maybe this might not be the one you want,” he said as modifications, which may be completely functional, may impact the collectability and value.

Lastly, look at the metal. The finish should be consistent and the metal smooth. Micoley explained ripples in the barrel could indicate that a shell had, at some point, jammed and discharged incorrectly.

Don’t Choke on the Choke 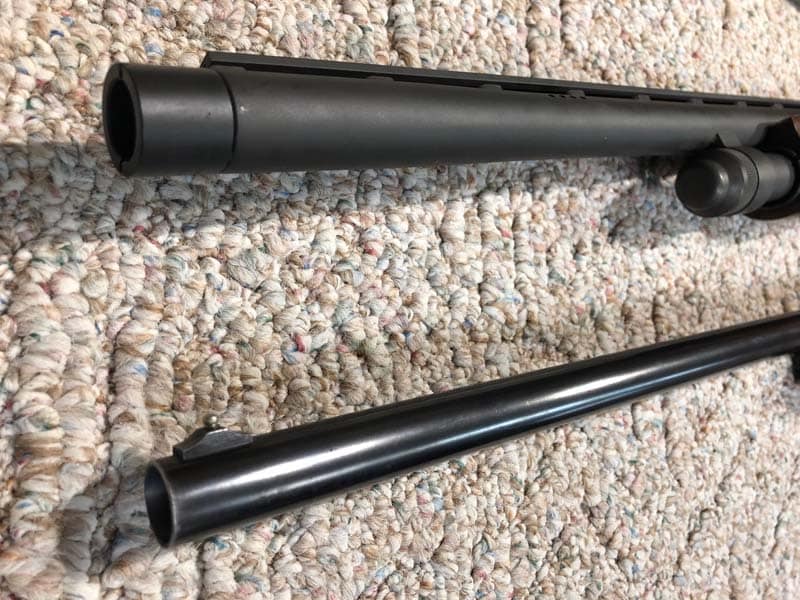 One of the key features of any shotgun is the choke. If the scattergun has fixed chokes, find out what they are. And if interchangeable chokes, ensure they are not frozen in place, and if they’re an older style, check to be sure you can still reasonably purchase them if needed. (Photo: Kristin Alberts/Guns.com)

Unlike other types of firearms, most shotguns use a device called a choke to control shot pattern, or spread, as the pellets exit the muzzle. Some shotguns use a fixed choke while others use interchangeable chokes. The difference can affect both price and function.

Both are perfectly acceptable but depend they type of choke ultimately depends upon the needs of the shooter. A turkey hunter may want a full choke for knocking down a distant tom, a skeet shooter will want just the opposite for close and quickly moving clays.

Micoley explained your inspection should again focus on general condition. “If you have (a shotgun) that has interchangeable choke tubes on the end … you want to make sure you can take it in and out,” Micoley said. “We’ve had a lot of times where these are rusted in quite terribly. That will cost you a bit of money to get them taken back out if they’re rusted in really bad.”

From Butt to Trigger

Asking about length-of-pull may not be an immediate question when shopping in a store simply because you can shoulder the stock, but it’s an important question to ask if you’re shopping online.

“Length of pull is how the gun fits up onto your shoulder. Most adults are, of course, longer and then we have youth stocks,” Micoley said. He added: “You’re going to measure from the butt stock to the trigger. Most adult guns will be right around 14 inches … so when it comes up it fits quite naturally.”

If you’re interested in new or used shotguns, check out the selection available on Guns.com!