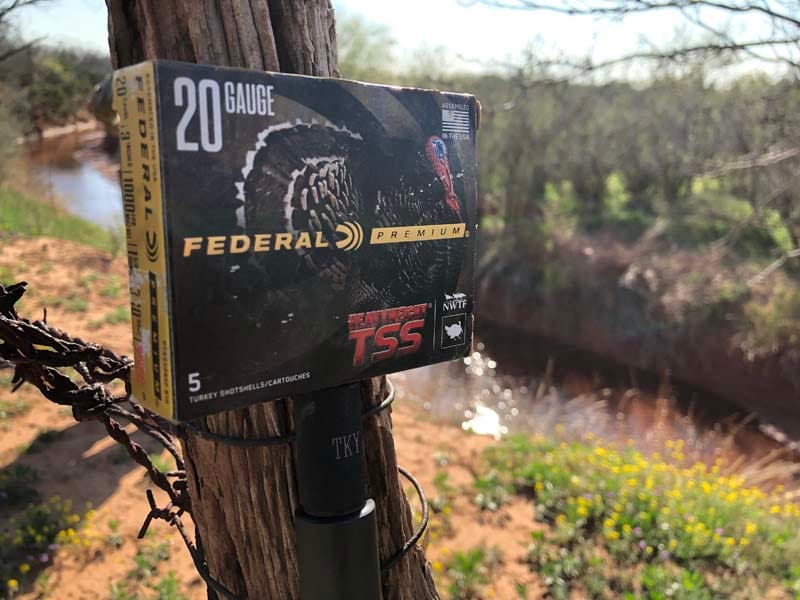 A five-round box of the new-for-2019 Federal Premium Blended Heavyweight TSS sits atop the extended extra full turkey choke on the Savage 220 bolt action shotgun. This one packs both #8 and #10 shot into the same shell. (Photo: Kristin Alberts/Guns.com)

Tungsten shot is dominating the specialty turkey load market. Most manufacturers are now fully on board with the potent, albeit pricey, gobbler loads. While straight tungsten hits much harder than comparable lead all while using smaller and greater numbers of pellets, Heavyweight TSS rounds take things a step further. The patterns and killing power are devastating.

TSS makes use of a tungsten alloy with a density 22 percent higher than standard tungsten and 56 percent greater than lead. Federal Premium stocks TSS loads from 12 gauge on down to the baby. 410 bore, increasing the range and power of each chambering. 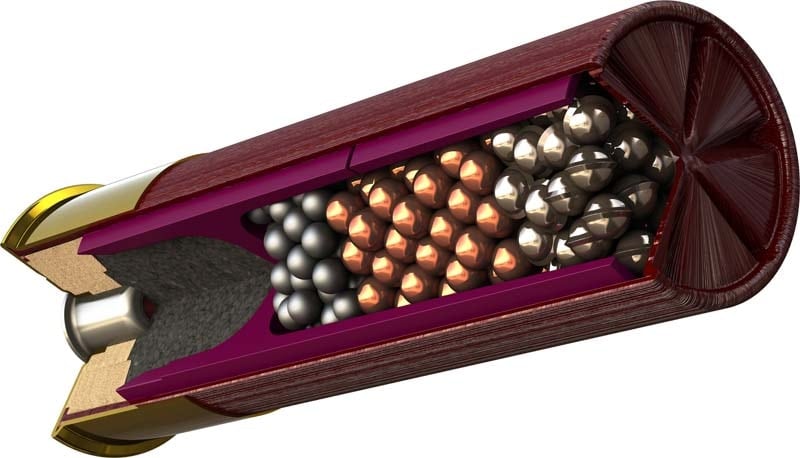 A cutaway view of Federal Premium’s 3rd Degree shell shows the three different shot types and sizes packed inside each. The premise is to deliver a quality pattern at all distances, from extremely close to long range. (Photo: Vista Outdoor)

Federal shot shell Product Line Manager Dan Compton explained the physics behind the material’s effectiveness. “An object with higher density will maintain its energy longer in flight than a less-dense object,” he said. “In pellets, the increased density will extend the lethal range of the payload. Denser pellets fly farther and penetrate deeper.”

A full-length FliteControl wad protects the barrel from the extra-hard tungsten pellets. Also, those FliteControl wads essentially open from the rear, allowing them to hold tighter patterns downrange and to perform well through both ported and standard chokes. A roll crimp and clear card wad holds the buffering material in place. 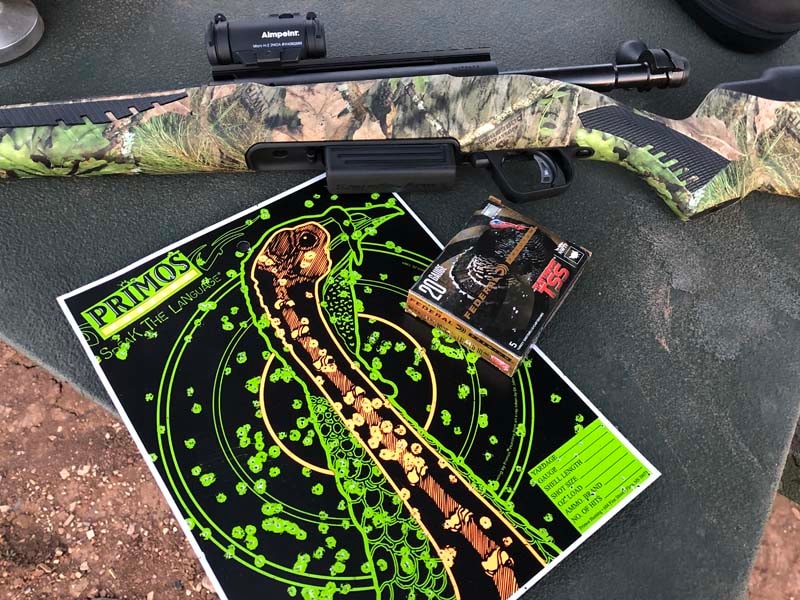 Federal Premium’s Heavyweight TSS makes use of a tungsten alloy that is more dense than the already popular tungsten loads from other companies. TSS is available in 12, 20, and 410 bores. (Photo: Kristin Alberts/Guns.com)

The new “Blended” Heavyweight loads combine two micro sizes of Tungsten Super Shot in each shell.  “This means you can greatly increase the pellet count of a payload by using a smaller shot size, but penetrate as much or more because of the increased density,” Compton said. “Overall patterns densities are increased, so there are more hits on the target.”

The proof is in the pudding, or in this case, on the wall. I took down multiple trophy gobblers at distances from 16 to 53 yards using 20-gauge medicine using both the #7/#9 loads and the #8/#10 blends. The patterns at 40 yards were incredibly dense and no gobbler took a step. Quality comes at a premium though, with five round Blended 20’s boxes retailing for $46.95. As an added bonus, Federal donates a portion of the profits from every box of their turkey loads support the National Wild Turkey Federation.

Though Federal Premium’s Heavyweight TSS has only been around since 2018, new additions in 2019 have cranked up the lineup to a full gamut of .410 bore, 20- and 12-gauge turkey thumping rounds.