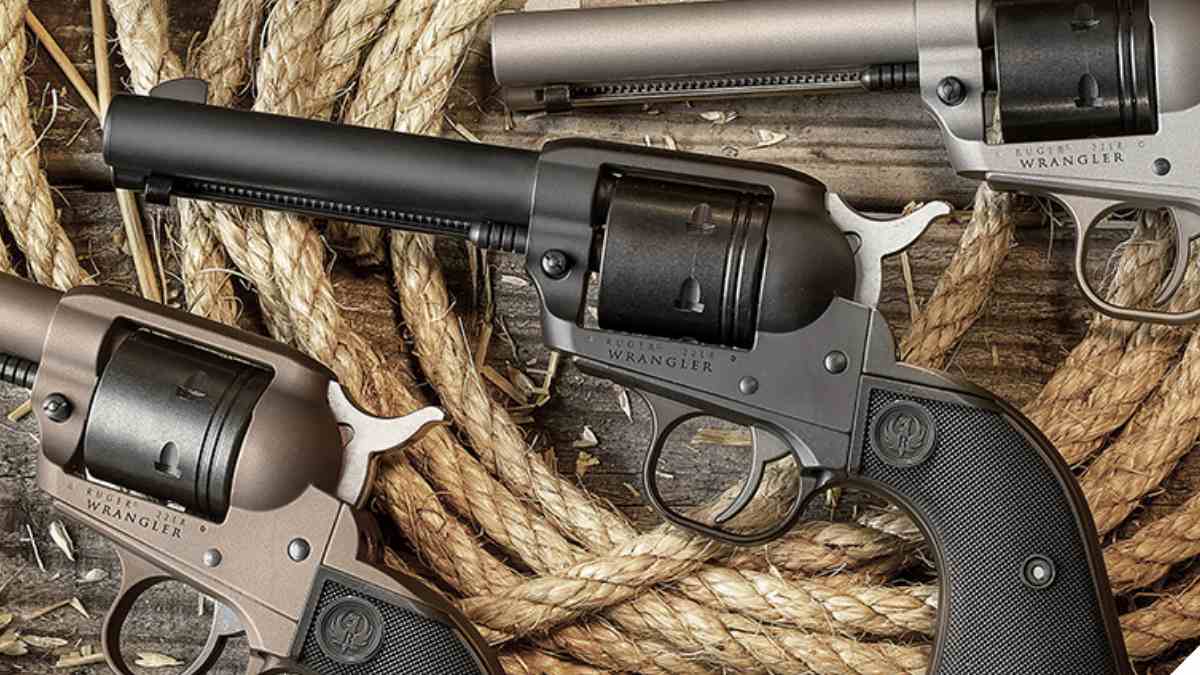 Ruger’s new Wrangler series runs half of what its comparable single-action .22LRs do (Photos: Ruger)

Across the line, all Wranglers use a Cerakote finish available in three colors, synthetic Single-Six pattern grip panels, and integral rear sights with a blade front. Standard barrel length is 4.62-inches which produces a 10.25-inch overall length and means holsters for similar-sized Single-Sixes will work. Weight is 30-ounces, which is a few ounces lighter than a comparable-sized Single-Six.

Best yet, the guns have an MSRP of $249, which is less than half the amount of Ruger’s other single action rimfire revolvers such as the aforementioned Single-Six and Bearcat series.

“The attractive price, combined with the affordability of rimfire ammunition, make this revolver ideal for learning to shoot, introducing friends or family to the sport, or just experiencing the fun of single-action shooting,” says the company in a statement.

The guns are available in black, silver and burnt bronze cerakoted finishes with black cylinders, all at the same price point. 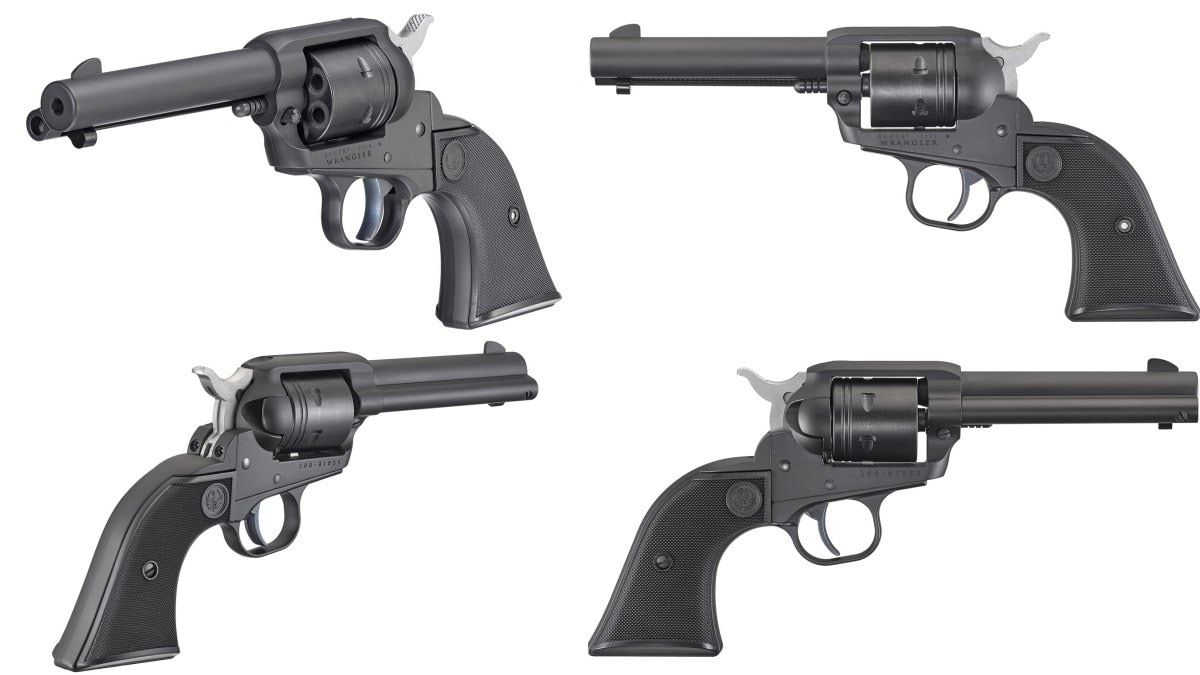 The guns all use a transfer bar mechanism for safety while Single-Six pattern grips will interchange as will holsters holsters that accommodate 4-5/8” barrels. 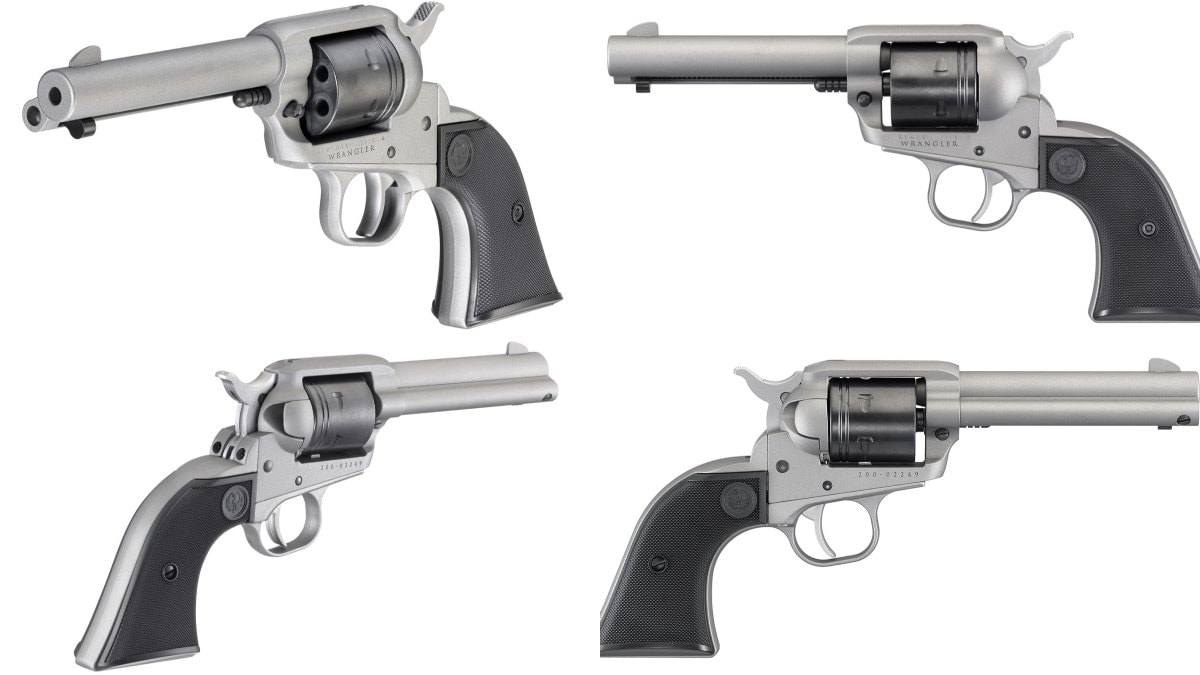 Using fixed sights similar to Ruger’s Vaquero series, synthetic grips, and a cerakoted finish, the Wrangler is a more entry-level alternative to the Single-Six and Bearcat and is availble in .22LR only. 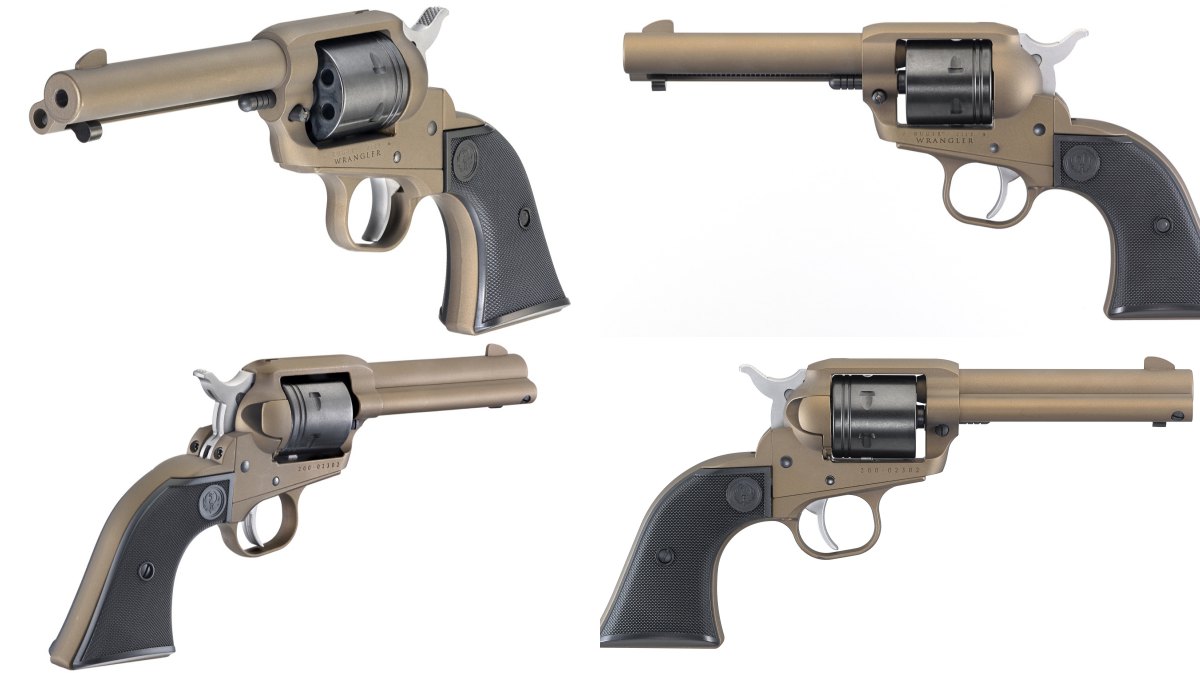 With a first look, Jeff Quinn with Gunblast highlights the new model in the below video.