Battlefield Vegas nicknamed their M61 20mm Vulcan Cannon “The Hand of God” because it can lay great vengeance and furious anger upon its target.

They brought the M61 Vulcan mounted on a British FV432 APC to the Big Sandy Shoot in October 2019. It pretty much stole the show. Every time it fired, there was a huge crowd cheering it on.

It’s not every day you get to see an M61 Vulcan in action. They’re normally found on F-18 and F-16 fighter jets. That’s where Battlefield got theirs — an F-16. It was de-milled, but their talented gunsmiths were able to put it back together and get it working again.

The 20mm projectiles fired at Big Sandy weighed 1,500 grains and left the muzzle at around 3,500 feet per second. According to Robert Bigando, the big gun expert who loaded all the rounds and tended to the gun, the 20mm round is extremely hot and produces very high pressures. “It’s a ripper downrange,” he said.

One of Vulcan’s biggest disadvantages stems from the fact that it was designed as an airborne weapon system. 20mm rounds feed out of its large 511 round ammo drum, and then back into it once fired. (This is so spent shells don’t get get sucked into jet engines, or fall on people’s heads.) This makes it a complicated gun to shoot and maintain. It also makes it extremely rare.

As far as Bigando is aware, there’s only two firing Vulcans in civilian hands in the USA and despite it’s finicky nature, “It’s one of the meanest guns out there,” said Bigando.

If you’re interested in firing the Vulcan, you can do that at Battlefield Vegas. Besides having an indoor range located just off the strip, they just opened an outdoor range a few miles outside Las Vegas where civilians can fire a variety of large caliber weapons like an M60A1 tank, miniguns, and artillery guns. 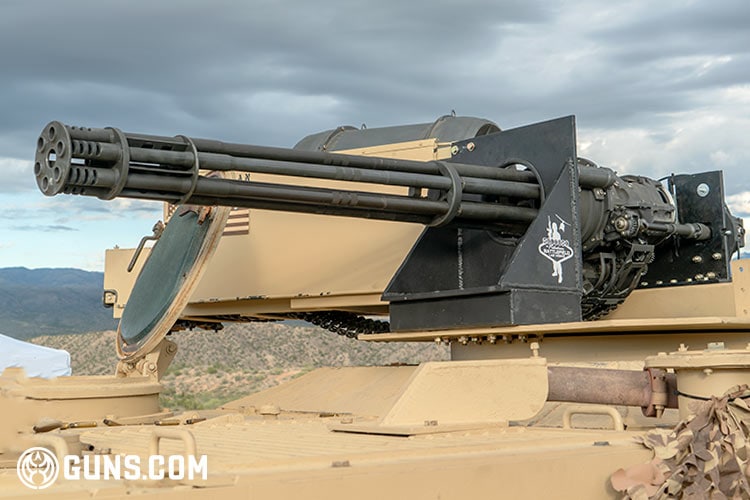 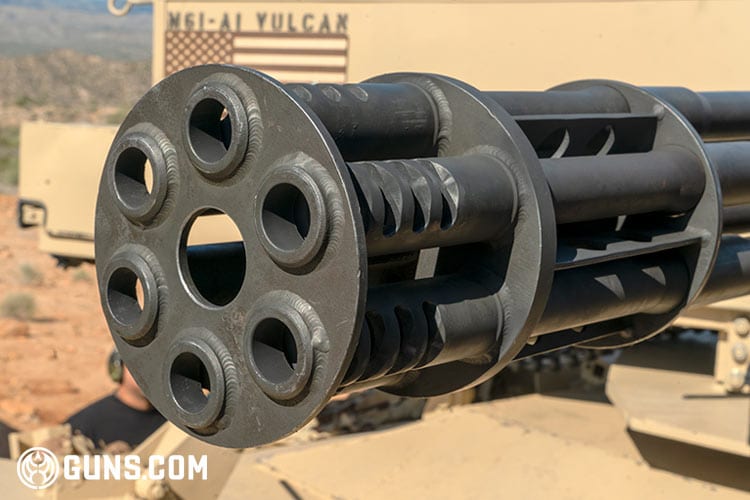 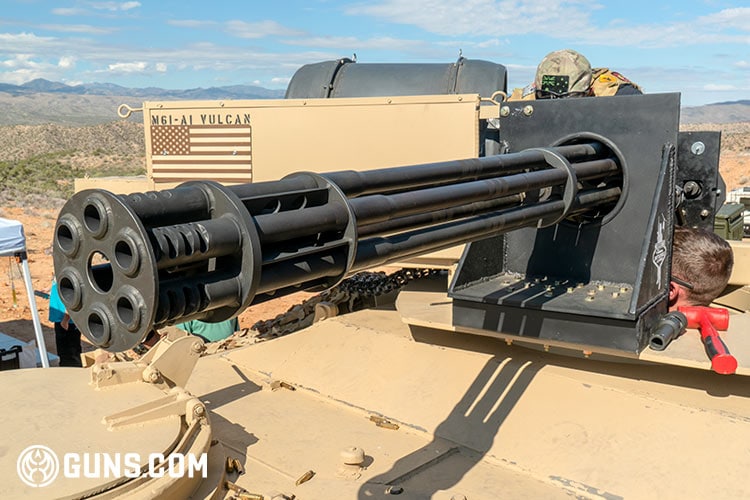 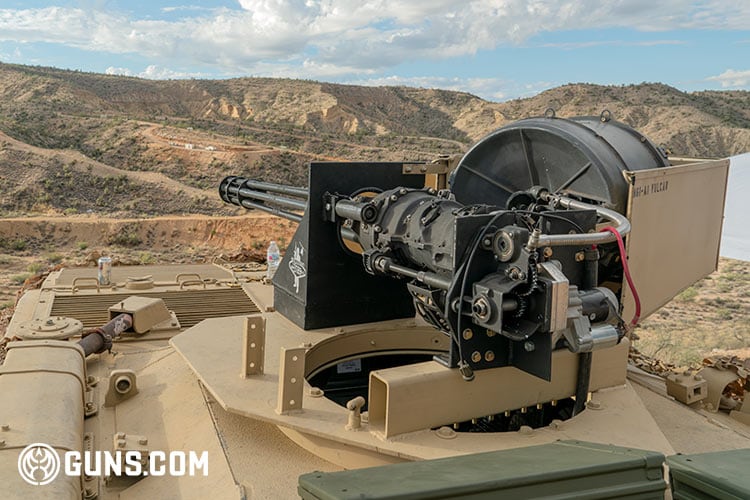 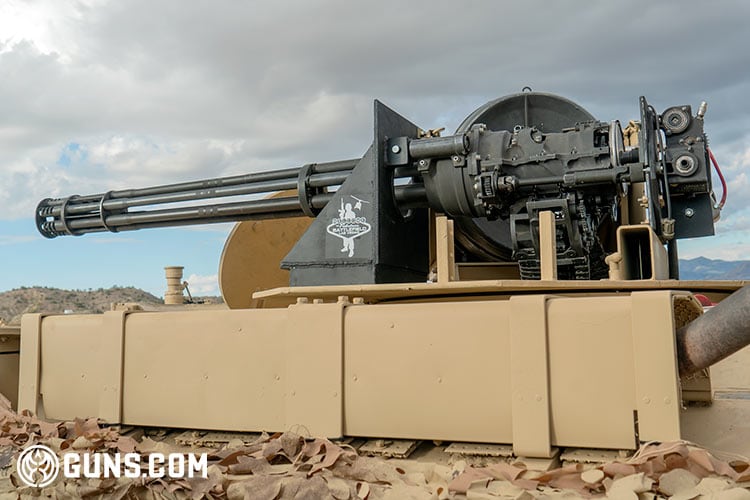 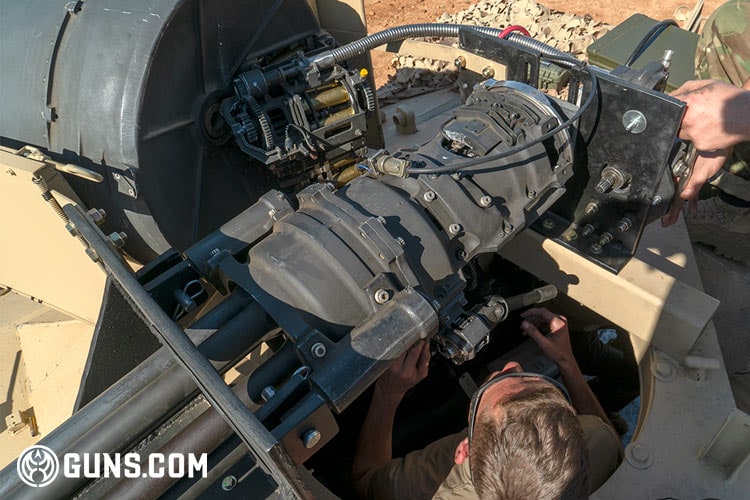 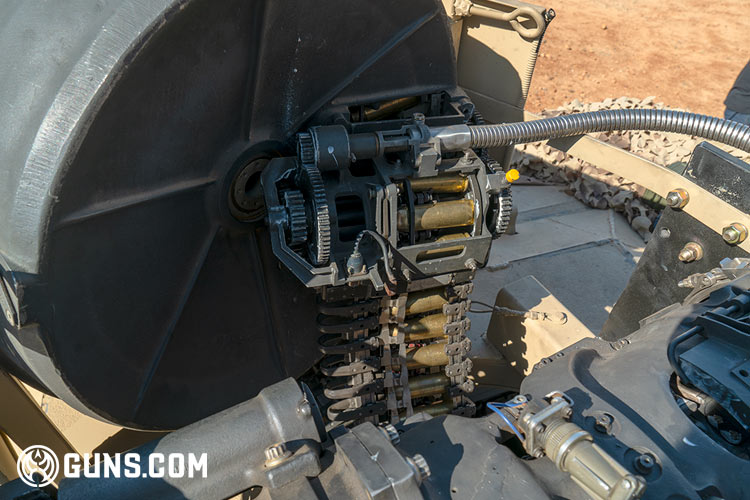 The 20mm rounds come out of the drum and return to it after firing. (Photo: Ben Philippi / Guns.com) 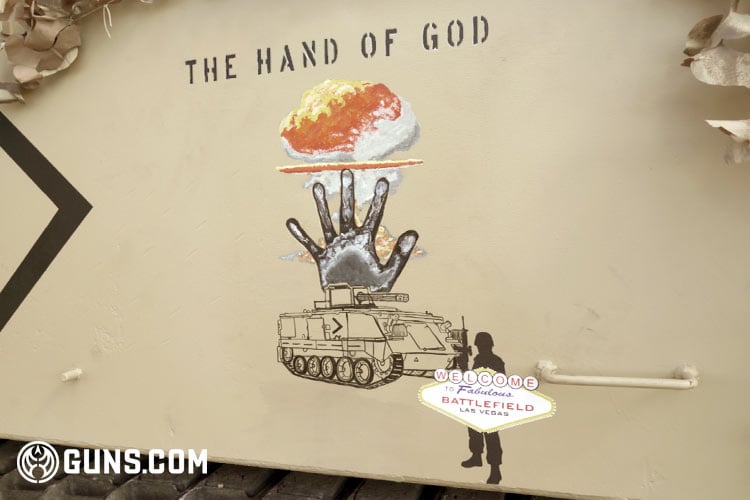 Battlefield Vegas had an artist draw ‘The Hand of God’ on the side of the FV432 APC on which the 20mm Vulcan Cannon is mounted. (Photo: Ben Philippi / Guns.com)