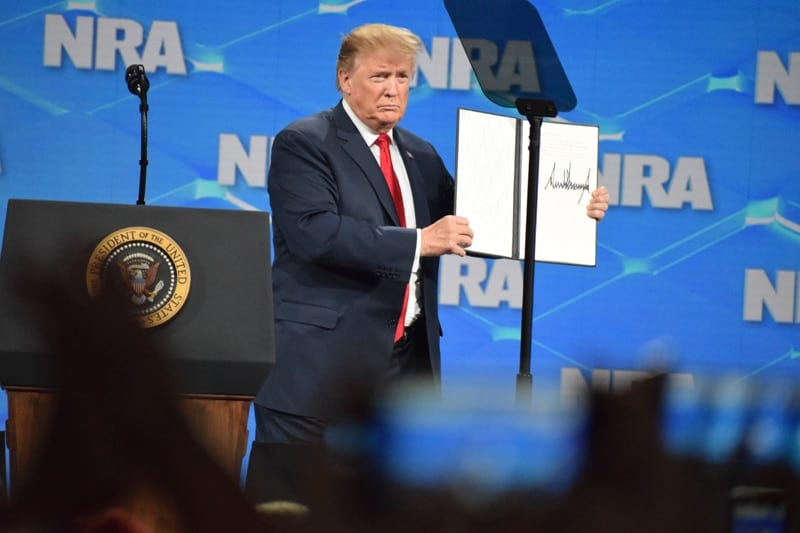 President Trump announced he would pull the U.S. from the UN Arms Trade Treaty, a 2014 regulatory measure gun advocates argued would hurt the U.S. firearm industry and Second Amendment rights. Before an audience at the 2019 National Rifle Association convention on Friday, the president signed a message asking the Senate to discontinue the process of ratifying the treaty.

“By taking these actions, we are reaffirming that American liberty is sacred and that American citizens live by American laws, not the laws of foreign countries,” Trump said before putting his John Hancock on an official letterhead. He added that once the Senate formally rejects the treaty that he will sign the measure to dispose of it. 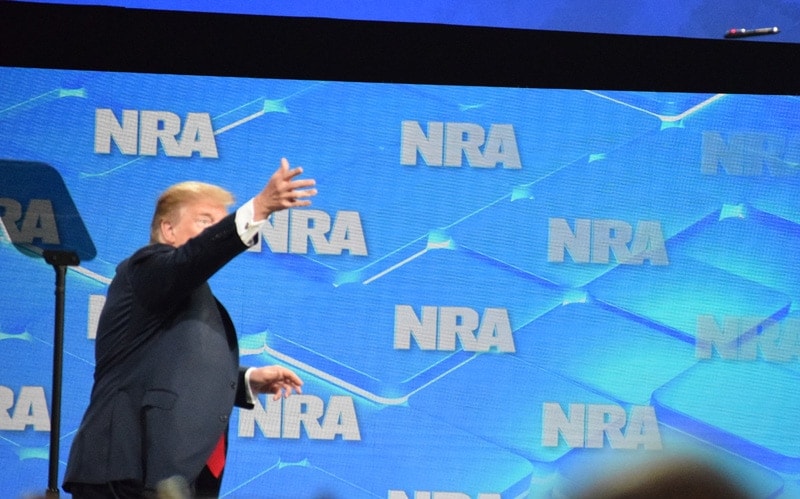 President Trump tossed the pen he used to “unsign” the UN Arms Trade Treaty to the audience at the 2019 NRA Leadership Forum in Indianapolis. (Photo: Daniel Terrill/Guns.com)

Trump said he intended to surprise NRA members and the organization’s leaders with the announcement. The White House issued a statement Friday criticizing the treaty, saying provides “a platform for those who would seek to constrain our ability to sell arms to our allies and partners.”

The treaty, signed by President Obama in 2013, was intended to set global standards for arms trade, specifically to prevent human rights abusers in developing countries from stockpiling weapons. The NRA and other gun rights organizations, however, argued the measure would weaken U.S. gun rights and threaten national sovereignty.