Sig Sauer’s New Hampshire reboot of the legendary Swiss P210 design was on-hand at the NRA’s Annual Meeting in Indy last week. Dubbed the P210 Standard, the single-stack 9mm is the company’s latest stab at an American-made version of the classic Swiss Army handgun that went on to set the bar in its class.

The Standard features an 8-shot single-stack magazine and a 5-inch barrel to produce a 36.9-ounce all-steel pistol. The venerable icon has been updated with modern features including a relocated magazine release along with improved internals and ergonomics. Further, the new model uses Nitron-treated stainless steel rather than blued carbon steel. 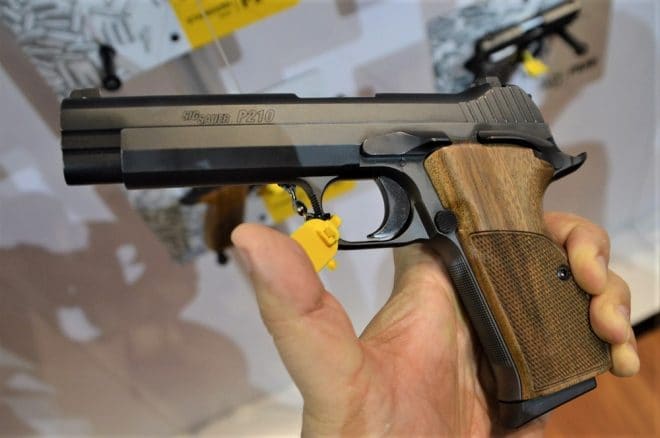 The gun’s original design hearkens back to the 1940s (Photos: Chris Eger/Guns.com) 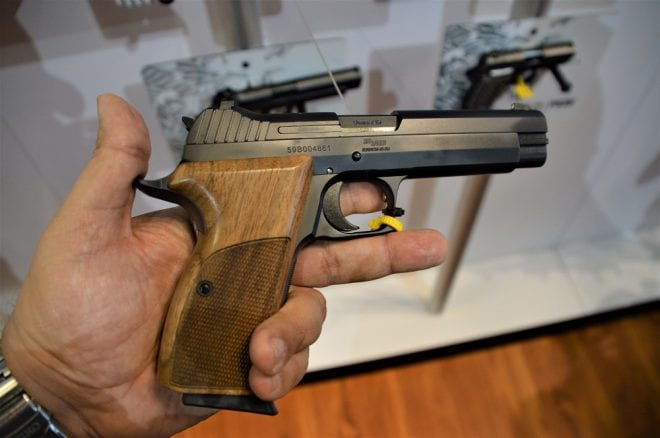 The P210 Standard has a target trigger, updated surface controls, custom walnut grips, and a stainless steel slide and frame.

The P210 Standard is more of a throwback design to the classic “Legend” style Swiss pistol but still uses some of the features from the P210 Target model, which was introduced last year, including updated surface controls. 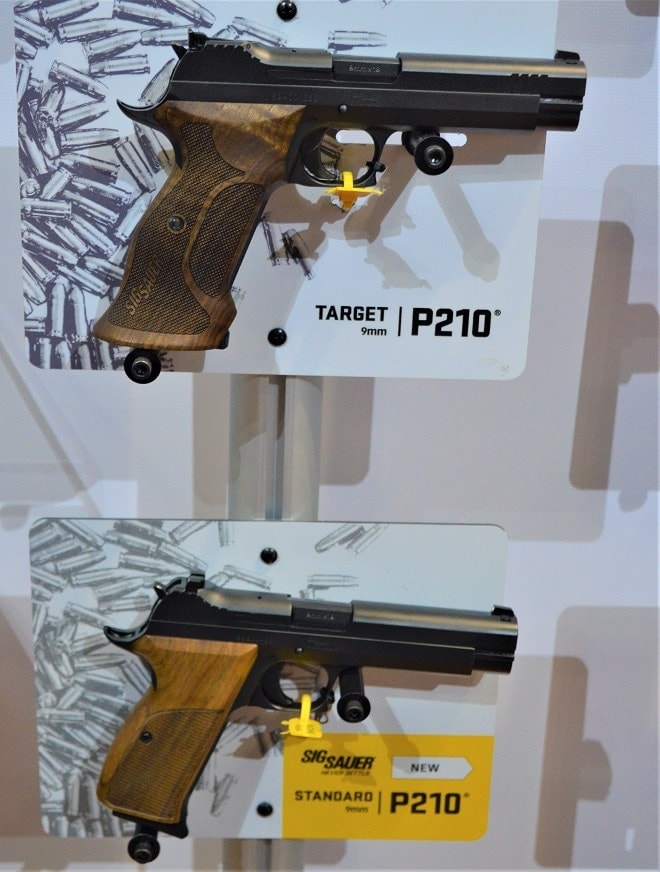 Note the differences between the P210 Target and Standard

The Target has front slide serrations, adjustable sights, and beefy target grips. MSRP on the Target is $1,699 while Sig reps told Guns.com the price on the new Standard will be closer to $1,300. Either way, vintage Swiss guns go for as high as $3K, an important lens through which to view the latest offerings.