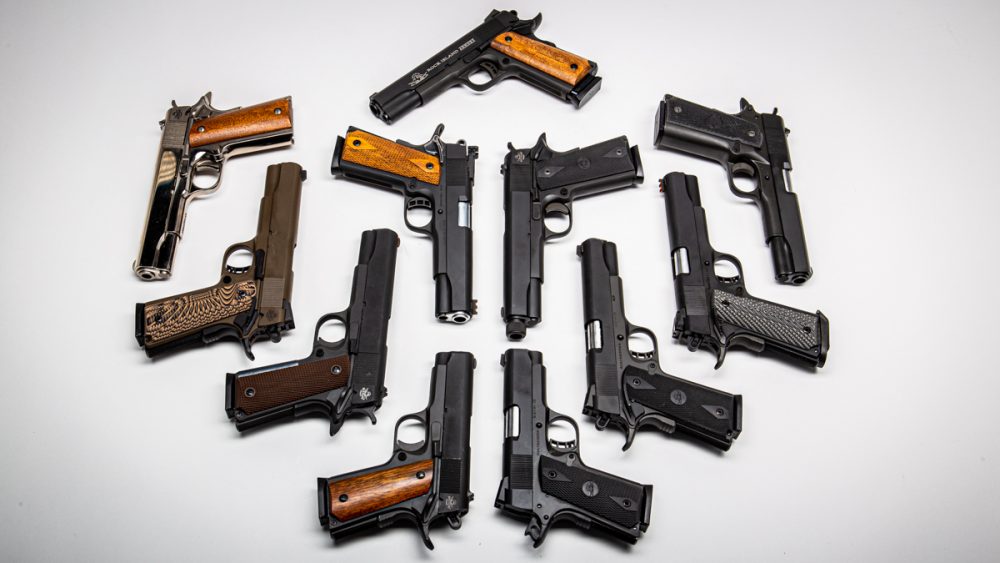 When you are talking about a solid rung on the 1911 ladder, Rock Island’s guns work and work well, providing excellent value on the investment, and they come in a wide array of styles. (Photo: Richard Taylor/Guns.com)

Rock Island Armory’s popular high-value M1911 series pistol line checks a lot of boxes with users who are familiar with the design, and we have several in stock.

John Moses Browning’s 1911 design became the world-standard for single-action .45ACPs over a century ago and RIA’s parent company, Philippines-based Armscor, goes back to the 1900s. While Armscor started importing guns — including a full-sized GI style M1911– back in the 1980s, the Rock Island brand first hit the states in 1996. In the intervening three decades, their pistols have come to dominate the entry-level 1911 market.

While they do not have the same fit and finish of high-end semi-custom 1911 makers such as Wilson Combat, Ed Brown, Les Baer and Nighthawk, RIA’s compare nicely to a lot of mid-range pistols on the market from respected domestic and overseas manufacturers that use MIM internals. Consistent with old school mil-standard dimensions, the Rock Island GI Standard series offers a lot of bang for the buck as they are accurate and reliable while still being inexpensive. 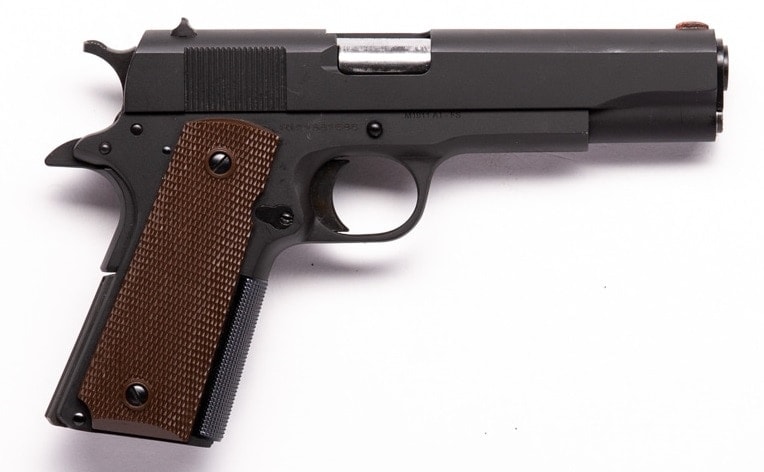 All steel, with slides and frames made of 4140 steel and button rifled barrels, the GI sports a grayish standard parked finish. The gun is very close to a standard GI M1911A1 other than the fact they have a flat mainspring housing rather than the Government Model’s standard arched housing, but many shooters prefer the flat profile. 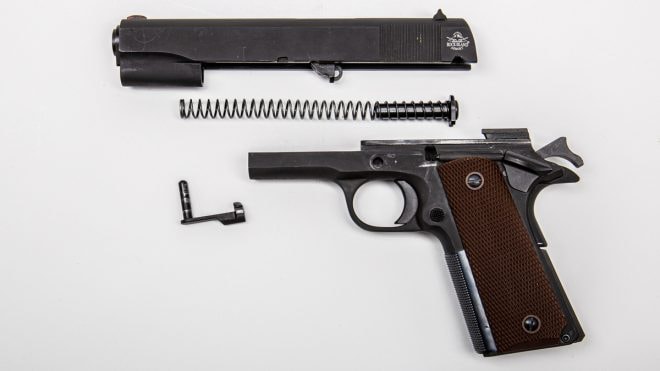 if you are familiar with the 1911, RIA’s guns, such as this Certified Full Size, are a breeze to maintain. (Photo: Richard Taylor/Guns.com)

Another change from the GI is Rock Island’s characteristic smooth hardwood grips rather than the more familiar double diamonds– although the M1911 A2-FS models use checkered polymer panels. One more change is that the ejection port has been cutaway slightly from the old school gun to improve reliability. When it comes to the mag well, RIAs have a slight bevel to the mouth which aids in quick mag exchanges while their standard magazines include a large plastic baseplate. Other features, like the narrow beaver tailed GI fixed sights and vertical rear slide serrations, are there. 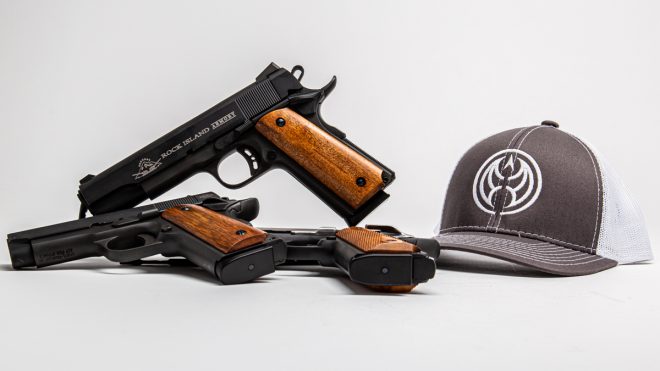 Some models will have “Novak-style” sights, a skeletonized hammer and trigger with an overtravel screw, ambi thumb safety, and a lowered and flared ejection port. (Photo: Richard Taylor/Guns.com)

Importantly for many users, the RIA does not incorporate a later Colt Series 80 pattern, Mochak, or Swartz-type firing pin safety. This translates to crisper 4- to 6-pound trigger pull with less “mush” than seen in some 1911s.

RIA has exceptional customer service and facilities that have recently opened in Stevensville, Montana and Pahrump, Nevada. They advise each pistol is “hand fitted and inspected to strict tolerances.”

A 1911 that doesn’t break the bank, these RIAs make a great base gun that lends itself well to upgrades such as swapping out the springs, trigger, grips, hammer, sear, disconnect, safety, and extractor to be more refined. 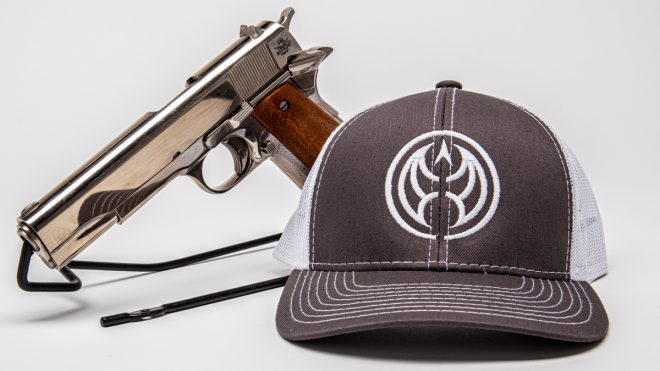 For those who like .38 Super, how about this sweet RIA 1911 complete with a nickel finish. (Photo: Richard Taylor/Guns.com) 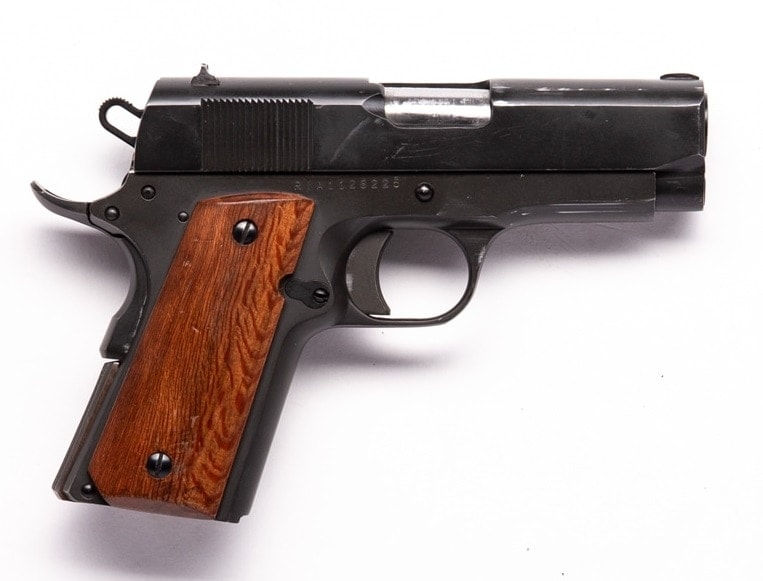 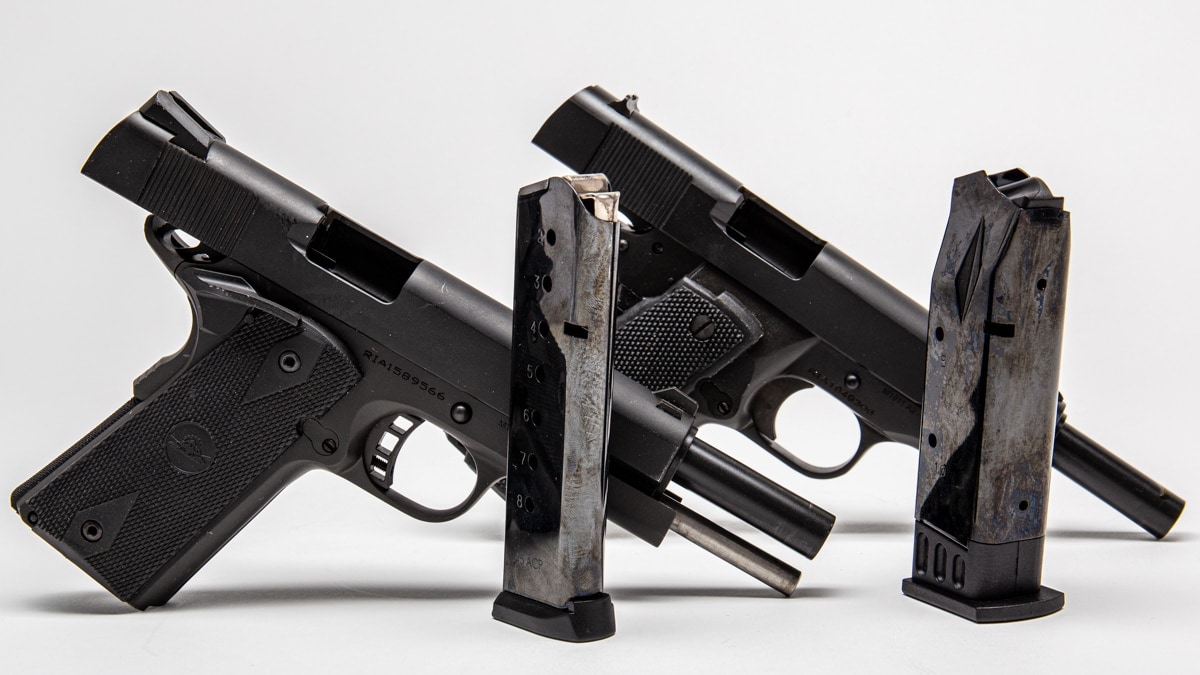 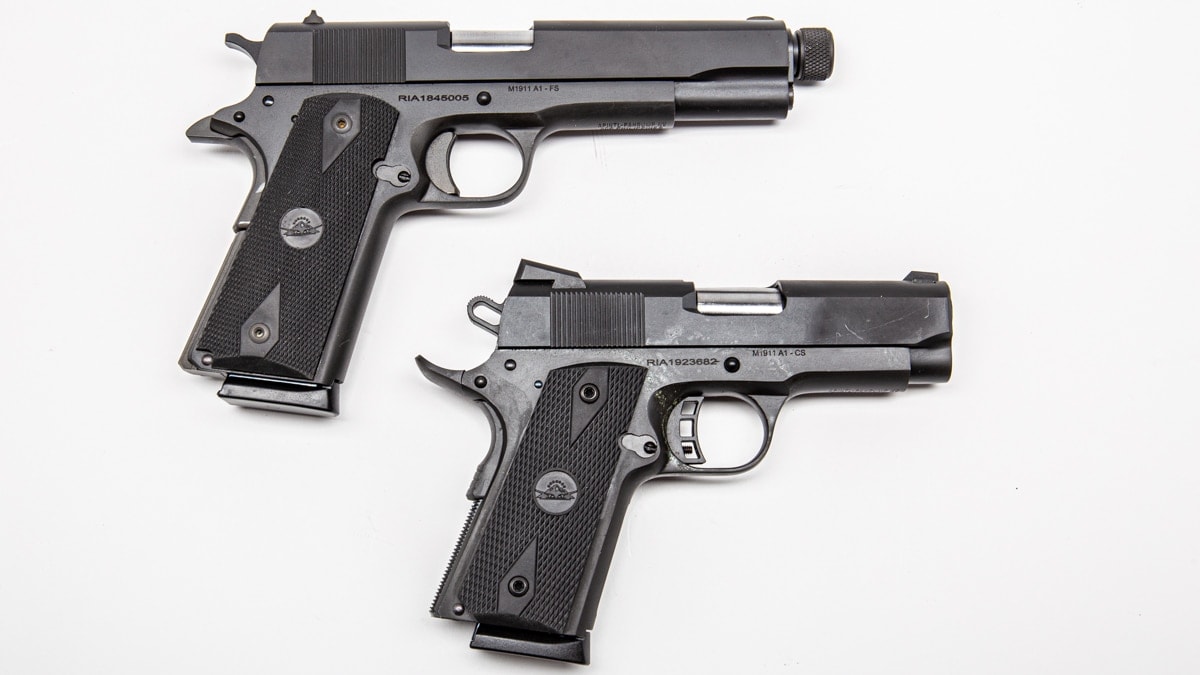 If you are looking for variety, RIAs 1911s come in Commander and Officer lengths as well as in offerings that include threaded barrels all for around the same price point. (Photo: Richard Taylor/Guns.com)

Of course, we also sell new RIA GI Standards in single and double-stack formats as well as in Commander and Officer lengths starting at $449 and for those looking to take advantage of the subsonic velos of the .45ACP, there are also examples with suppressor-ready threaded barrels for about the same price. 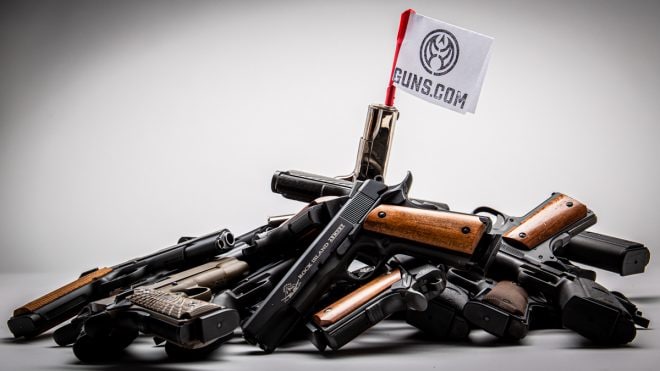