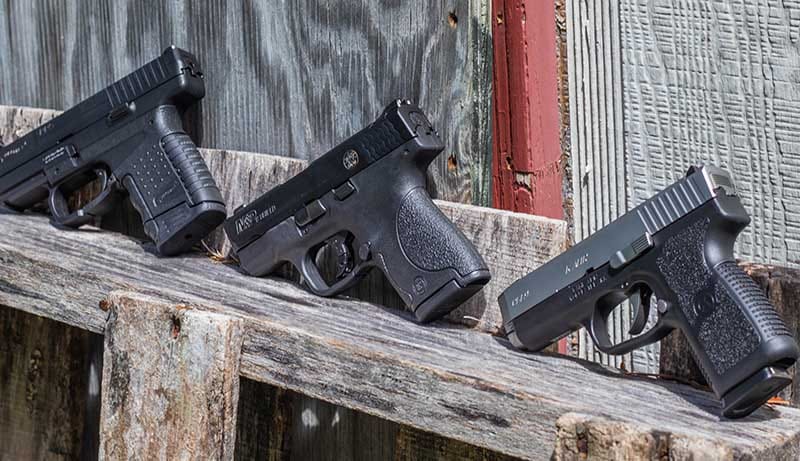 Single-stack pistols are back in style as more gun owners turn to these slim, compact models that offer better concealment and sometimes a better in-hand fit.

Single stacks — handguns that use a magazine in which rounds stack one on top of the other — were once the go-to style but fell out of favor in the mid-1980s as gun makers began pushing duty-sized, semi-automatic handguns with capacities reaching heights of 17 rounds. So why, three decades later, are manufacturers forgoing full-sized options in favor of slimmer, smaller single stacks?

Instructor Rob Pincus said the shift comes down to consumers. Pincus himself is immersed in the process of designing a single stack — the PD10 — under new gun start-up Avidity Arms. The PD10 is a 9mm that Pincus said he created as a single stack to coincide with a variety of hand sizes with carrying in mind.

“Manufacturers are responding to the growing number of people who want to carry defensive pistols, but are not interested in pretending they are carrying in order to respond to an attack from a team of armed terrorists,” Pincus explained to Guns.com. “The new generation of (concealed carriers) recognizes that a comfortably carried 8-to-12 shot 9mm pistol that they can shoot well is almost certainly enough gun to get their defensive job done.”

More and more Americans have trickled into the personal protection and concealed carry worlds with current estimations at 17.25 million permit holders nationwide, according to the latest report from the Crime Prevention Research Center. This influx of gun owners with a specific mission of concealed carry brings with it a need for convenience — thrusting single-stack pistols back into the limelight. Gun owners no longer wish to hide their gun wares beneath bulky vests or jackets. Ease has become the name of the game and this new generation of concealers is opting for single-stack shooters that allow for utmost convenience. 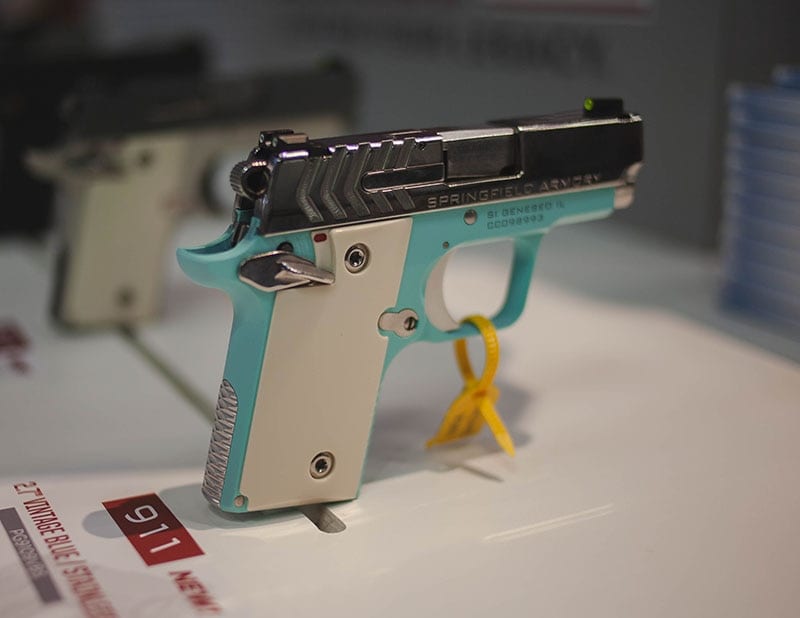 “Despite the greater ease of shooting pistols with higher capacities, single-stacks in a sub-compact are a good bit more comfortable and easy to conceal. Those who underrate the importance of comfort often end up actually carrying less and less,” John Lovell, of Warrior Poet Society, told Guns.com. He added, “I carry a Glock 19, but on days I really don’t feel like carrying, I switch to my Glock 43.”

Accommodating shooters has never been more important than in recent years with the increase of women entering the shooting sports. Women, who traditionally have smaller hands and may initially prefer small guns for concealment, are routinely steered towards single stacks such as the Smith & Wesson Shield, Glock 43 or Ruger LC9 for carry. The reduced girth of slimmed-down sub-compacts introduces smaller palms to a better grip, providing a more comfortable shooting experience for some shooters.

“What consumers now consider a single stack or double stack has become heavily blurred with the emergence of the staggered stack magazine,” Jenn Jacques, Communications Director with Crossbreed, explained to Guns.com. “At CrossBreed, we’ve seen a major increase in sales on holsters for guns such as the M&P Shield and Sig P365, both featuring staggered stack mags. With Kimber releasing the Evo with a higher capacity and Glock with the updated 43x and 48 using staggered magazines, we feel the trend for the last year has been an increasing popularity of micro pistols featuring a higher capacity in the smallest package possible.”

Ammunition has also played a crucial role in the design’s resurgence in recent years. The smaller diameter of the 9mm and .380 ACP rounds, the most commonly used calibers used in single-stack pistols, allow gun makers to shrink the overall size of pistols. Modern ammunition technology empowered the smaller rounds to pack just as much punch as its larger .40 S&W and .45 ACP counterparts; thus enabling gun owners to utilize a viable round in the smallest package possible without sacrificing terminal effectiveness.

Despite 9mm’s reign on top, die-hard .45 ACP fans haven’t been completely abandoned. Companies still continue to offer single-stack 1911s packing the .45 ACP round and Smith & Wesson has even gone so far as to offer their most popular single stack pistol, the Shield, in the old school favorite.