The single stack pistol genre brings subcompact, concealable styles to gun owners looking to easily stash their weapon on the go. With a stockpile full of great concealed carry options, we pulled four solid single stack options out of the Guns.com Vault to take a closer look at what these models offer concealed carriers.

The Springfield Armory XD-S builds on the XD platform, bringing a sense of familiarity to Springfield fans already accustomed to shooting the larger framed XD series. For this look, we dove into the 3.3-inch model. The 6.3-inch long XD-S features that Grip Zone texture Springfield is best known for. However, the XD-S forgoes the Grip Zone lettering along the grip. The most notable feature on the 9mm XD-S is its grip safety. Springfield’s take on a manual safety, the grip’s safety prevents the gun from firing if the shooters does not depress the button on the grip.

While it encourages a proper grip, the downside to this design is that it relies on the shooter have a proper grip. In the heat of battle or if you’re stuck in an unusual defensive position this might be overlooked, thus resulting in a gun that doesn’t go bang. As with any platform, concealed carriers should dedicate range time and dry firing to train and hopefully overcome this safety protocol to ensure that in time of need, a proper grip is achieved and the gun fires without issue. 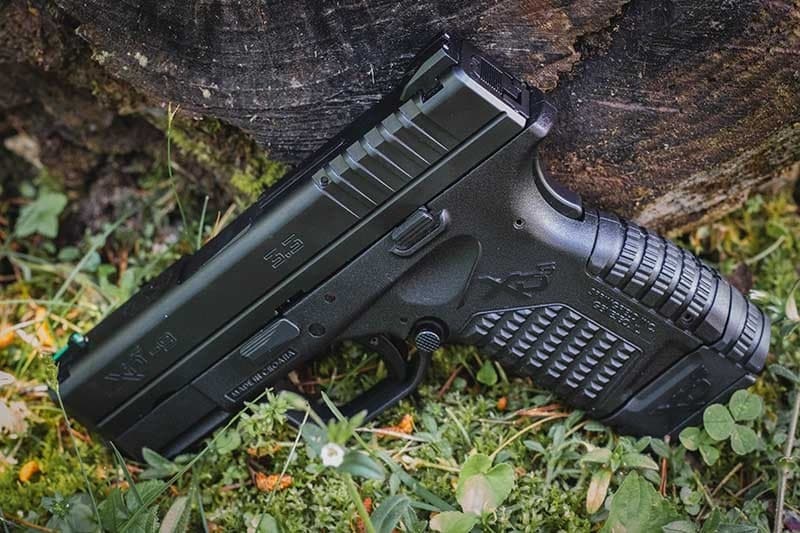 The XD-S biggest strength lies in its sights. Traditionally, one of the first accessories gun owners swap on a pistol is its sights; but this isn’t the case with the XD-S. Equipped with a fiber optic front sight, the XD-S comes ready to take to the range with no need to purchase aftermarket sights to make the shooting experience more tolerable. The fiber optic pops against any target it meets and even does well in low-light shooting scenarios. Fitted with a seven-round flush fit mag, owners can opt to step up to an eight-round extended mag pushing that round count up.

Created specifically as a self-defense model, the Walther PPS brings a compact build to the Walther line-up. The model I tested for Guns.com was the original PPS which delivers a 3.2-inch barrel on an overall 6.2-inch frame. Though it’s slightly heavier than the Springfield Armory XD-S, weighing 21.5-ounces, the Walther PPS somehow feels lighter in the hand which is a plus for petite shooters looking for a manageable pistol.

Chambered in 9mm, the Walther PPS opts for a textured grip with interchangeable backstraps. The texture on the PPS is a nice balance adding a means to better control the pistol’s recoil without shredding hands due to being too aggressive. While the PPS feels great in the hand, it’s trigger left a lot to be desired being both long and very heavy. Some gun owners will prefer this heavier pull as it adds an extra layer of safety, lessening the chances of an accidental discharge; however, others might find this model’s trigger a little too beastly. 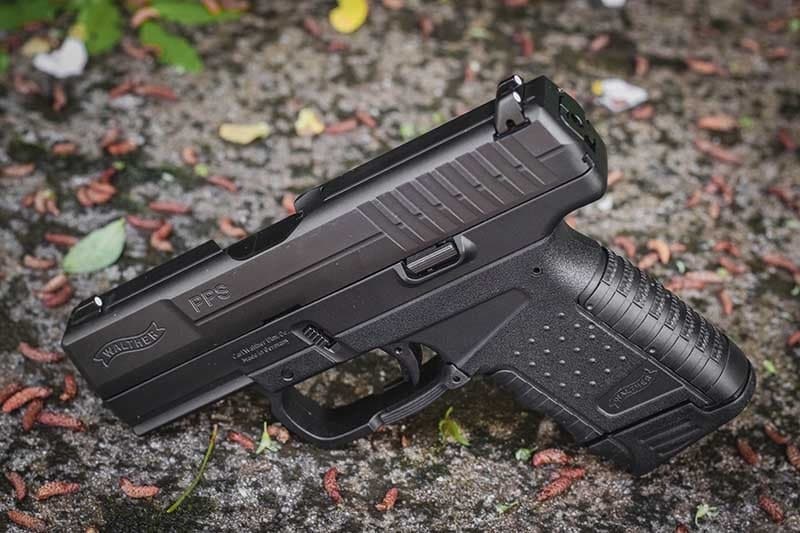 The Walther redeems itself with 3-dot metal sights that are low profile and don’t snag clothes on the draw. Additionally, the rear sight is adjustable for windage, bringing more control to shooters. The PPS brings a 7+1 standard magazine capacity to the table, with the option for 8+1 rounds with an extended magazine. The Walther PPS fills that niche for single stack carriers who want the safety of a long trigger pull in a striker-fired package.

The Smith & Wesson M&P9 Shield always seems to make the list of top single stacks and with good reason. A popular choice, the 9mm Shield introduces a slim form paired with reliability to the concealed carry arena. The M&P9 Shield offers a standard capacity of 7+1 rounds with the option to step up to 8+1 with the extended magazine. Measuring 6.1-inches in overall length, the Shield’s polymer frame and striker fired design makes it one of the lightest models on the list tipping scales at just over 20-ounces.

The Shield is a snappy model, with noticeable recoil. You can thank that compact design and 9mm chambering. Though manageable, the recoil is something you’ll want to train to, ensuring that you’re putting in the necessary time at the range to procure follow-up shots that land on target. 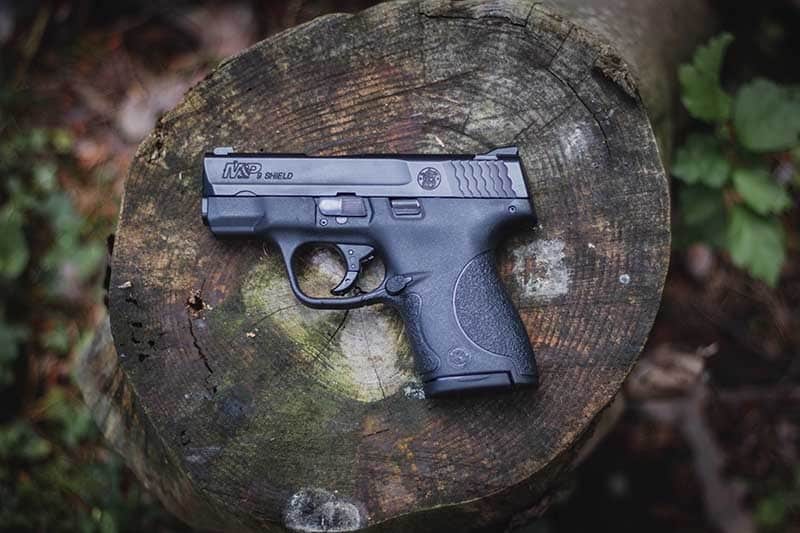 The Shield’s greatest strength is in its ease of use and concealability. The polymer pistol practically melts into the wearer’s body with a good belt and holster combo. If you’re interested in concealment with a no muss, no fuss platform, the Shield makes a perfect companion.

The Kahr CW9’s black and stainless-steel look introduces a bit of style into this list. The CW9 touts a 3.6-inch barrel on a 5.-9inch frame with a weight of 15.8-ounces making it the lightest single stack to grace this list. The CW9 benefits from a slick look, with a black polymer frame partnered with a matte stainless-steel slide while its drift adjustable white bar dot combat rear sight allows for minor adjustments for better shooting.

The Kahr CW9, like the Walther PPS, suffers from a long, heavy trigger. A bit on the smushy side, the CW9’s trigger features a long uptake that may have shooters wondering will it ever break? Again, if you are gun owner who likes that added layer of security that a long trigger pull brings, the CW9 will make a great concealed carry partner; however, if you’re a fan of crisp, short triggers the CW9 may cause some frustrations. 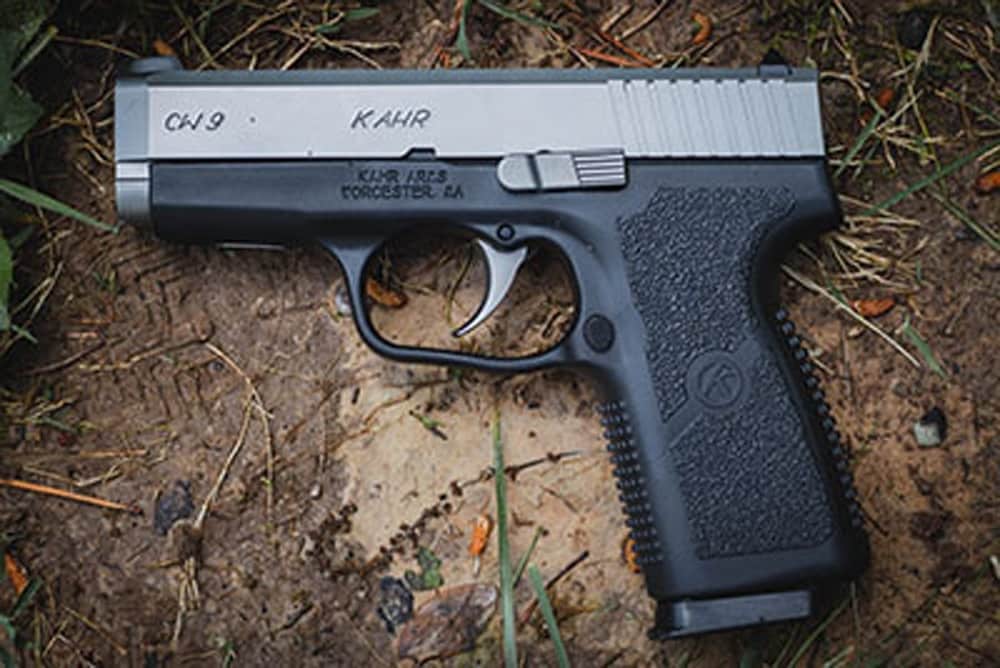 The Kahr CW9 enjoys a textured grip that isn’t overly aggressive but also allow for positive control over the firearm. The CW9 can be brought along for a long day of training and the shooter will end the session with no visible scratches or blisters from its grip. The Kahr CW9 proves a solid option for shooters who want to break out of the Glock, Smith & Wesson or Sig Sauer box and step into something a little different.

Attack of the Single Stacks

The Springfield Armory XD-S, Walther PPS, Smith & Wesson Shield and Kahr CW9 offer an array of features for semi-auto, subcompact fans. Regardless of which model you choose, these single stacks open the door to gun owners in search of concealability. Check out Guns.com for these models and others.