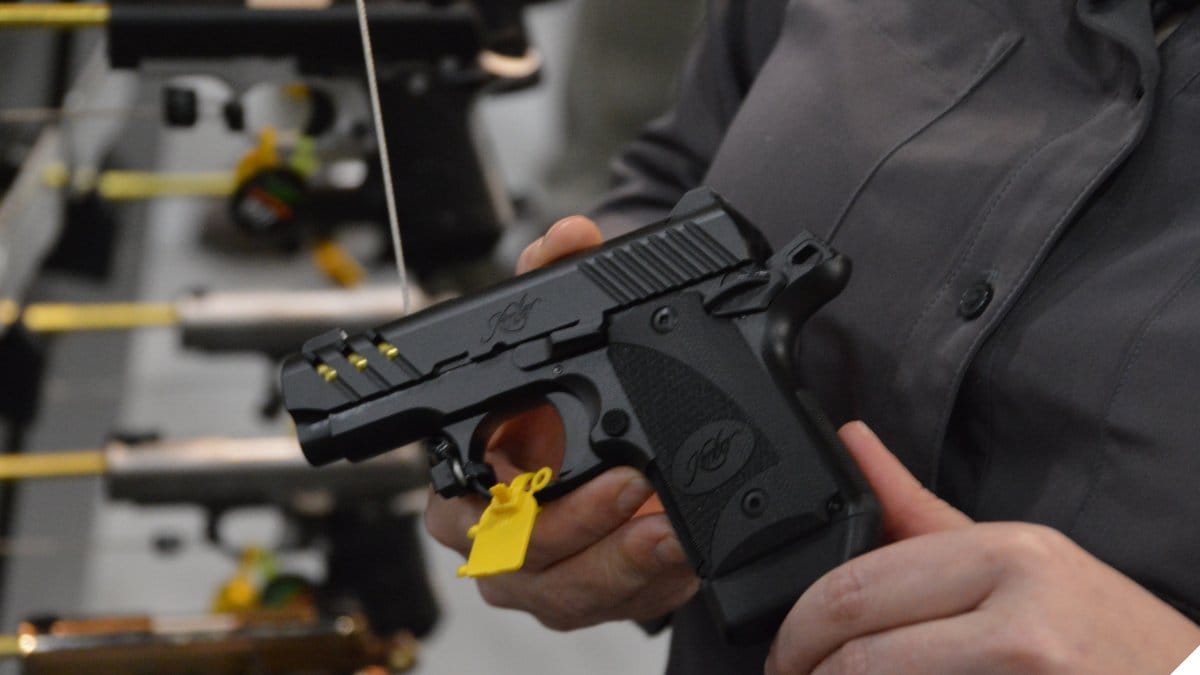 The bill was proposed by lawmakers from Connecticut and Maryland where a permit-to-purchase is required before a handgun can be bought. (Photo: Chris Eger/Guns.com)

Democrats on Capitol Hill have debuted a proposal to help mandate that those who want a handgun first be approved for a permit.

The legislation, backed by Dems in both the House and Senate, would encourage more states to adopt licensing schemes like Connecticut’s handgun purchasing law, which requires a special renewable permit to purchase any revolver or pistol. Dubbed the Handgun Purchaser Licensing Act, the bill was introduced by U.S. Sen. Chris Van Hollen of Maryland and Senators Richard Blumenthal and Chris Murphy of Connecticut along with U.S. Reps. Jahana Hayes, D-Conn and Jamie Raskin, D-Md.

“States require licenses to drive a car in order to protect public safety – requiring a license to buy a handgun should be a no-brainer,” said Raskin.

The proposed legislation would authorize the Department of Justice to establish a grant program to help states develop and implement permit-to-purchase requirements for all handguns including those rented, bought or transferred in private sales or at gun shows. The grant program proposed would require that a state’s PTP law require applicants to be fingerprinted and photographed then subjected to a background check by law enforcement before receiving their permit to buy a handgun. The permit would have to be renewed every five years, or sooner.

The sponsors of the bill point to Connecticut’s pistol permit which requires a $70 fee, completion of a training course from an approved instructor that includes live fire and a background check that can take as long as eight weeks. Under the Connecticut law, applicants convicted of a felony, or any one of 11 misdemeanor offenses, are ineligible to receive a permit.

Only nine states and the District of Columbia currently require would-be gun owners to first apply for and be issued a permit to purchase a firearm. In recent years, Missouri has ditched their PTP program while Republicans and pro-gun groups in North Carolina have attempted to repeal a similar Jim Crow-era law in the Tar Heel State.

The Handgun Purchaser Licensing Act was announced at the same time the Johns Hopkins Center for Gun Policy and Research at the Johns Hopkins Bloomberg School of Public Health debuted a white paper to support the concept. The proposal has strong backing from national gun control organizations.