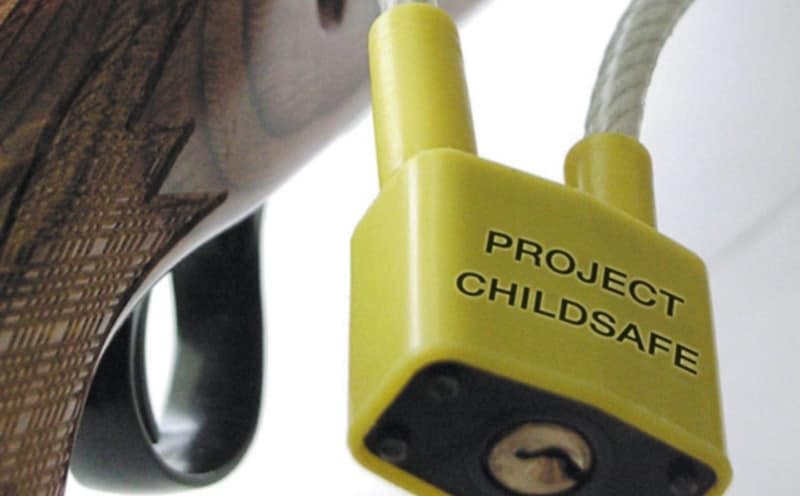 The National Shooting Sports Foundation is celebrating the 20th anniversary of Project ChildSafe, an initiative to promote safe and responsible storage of firearms. While the program boils down to simply giving away free gun locks and educational materials, NSSF President Joe Bartozzi said the effort has shown “tremendous” results.

“We’ve gotten the reports from the National Safety Council which indicate in the last 20 years accidental fatalities from firearms has declined 50 percent,” Bartozzi said. He clarified, however, that spreading the message about gun safety was a collaborative effort.

Bartozzi explained Project ChildSafe has recruited more than 15,500 law enforcement and community partners across the country. By developing these relationships, they’ve been able to distribute some 38 million gun locks. “The point of Project ChildSafe has been from the beginning — now of course 20 years and still going — has been about saving lives,” he said.

Bartozzi credits the program’s success to understanding guns and gun owners. The Connecticut-based NSSF has since 1961 been the trade association for the gun and shooting sports industries.

Initially, Project ChildSafe focused on reducing preventable or accidental gun deaths, which more often than not are the result of an un-secured firearm being misused. But starting last year, the campaign began focusing on another type of preventable gun death.

“We’ve also realized in the last couple of years … that two-thirds of all gun deaths in this country are from suicide,” Bartozzi said. “A lot of people don’t realize that. That’s a very sobering statistic.” To flesh out that percentage, 23,863 people used a firearm to commit suicide, according to data collected by the National Safety Council.

Given the startling figure, the NSSF in 2018 entered a partnership with the American Foundation for Suicide Prevention. Together, they began distributing literature to help gun owners and sellers identify warning signs and steps they could take to prevent an individual from taking his or her own life with a gun.

“We know we’re not mental health professionals, but we can reach an audience of gun owners to remind them about things like safe storage … when someone might be going through a rough patch in their life,” Bartozzi said. “So, we’re working with (the American Foundation for Suicide Prevention) to get the word out to retailers about identifying signs of someone of who might be in distress.”

Building on the momentum, the NSSF also started working with Veterans Affairs and the Department of Defense to create a campaign to help reduce veteran suicide. According to the most recent VA analysis, 20 veterans commit suicide each day and the majority of those deaths, some 67 percent, were with a firearm.

To keep Project ChildSafe going, the NSSF relies on grants and donations. While government grant money does come in, the organization also relies on private and corporate donors. That’s where the gun industry steps in.

During the industry’s annual trade show, the Shooting Hunting and Outdoor Trade Show, thousands of attendants submit small donations to the tune of $5 or $10, Bartozzi explained. But also more than 60 gun and gun-related brands (including Guns.com) make large financial contributions to keep Project ChildSafe funded.

“At the end of the day, this program is about saving lives,” Bartozzi said. “And how do we do that? We do it by educating people that when you’re not using your gun, lock it up and store it properly.”