While it may be difficult to discern just what makes the best rifle calibers these days, one easy bar with which to gauge popularity is sales numbers.

For this, Guns.com consulted the experts at Ammunition To Go who came back with a rundown of the six most popular cartridge sizes when it came to centerfire rifle ammunition over the past three years. The list may just surprise you. 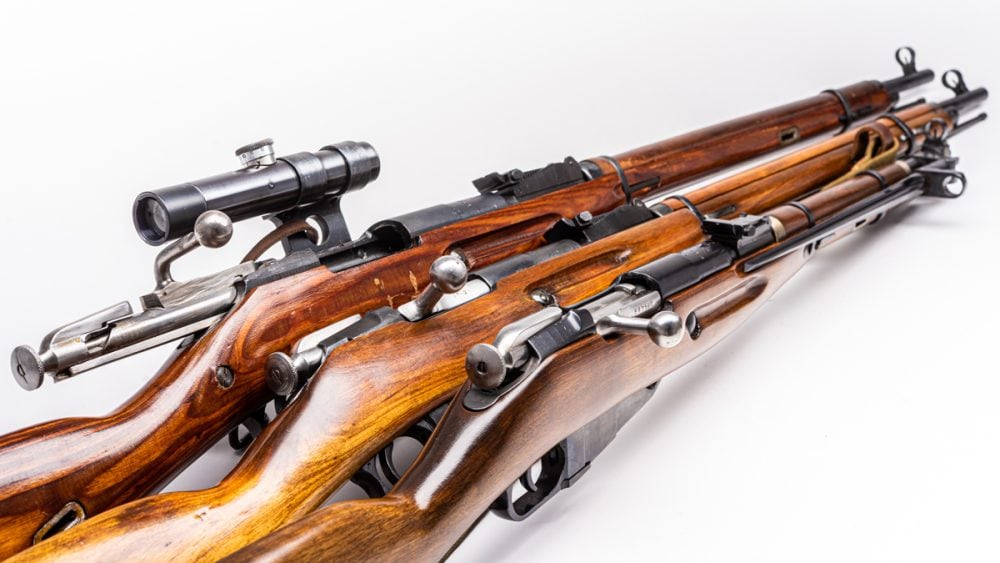 We always have lots of Mosin-Nagant rifles in the Guns.com Vault up for grabs, and ammo is apparently a best-seller. (Photo: Richard Taylor/Guns.com)

The good old rimmed military cartridge invented by Russian Col. Sergei Mosin back in 1891 is still kicking today. Used in Mosin’s long-running series of bolt-action rifles, which are arguably the most prolific infantry weapon of the 20th Century, the 7.62x54R is still in active use in various machine gun and designated marksman rifle designs today while some new-made Vepr models continue to utilize the round. It is no wonder that the cartridge, with similar ballistics to .30-06, has proven a best seller on this side of the pond in recent years. 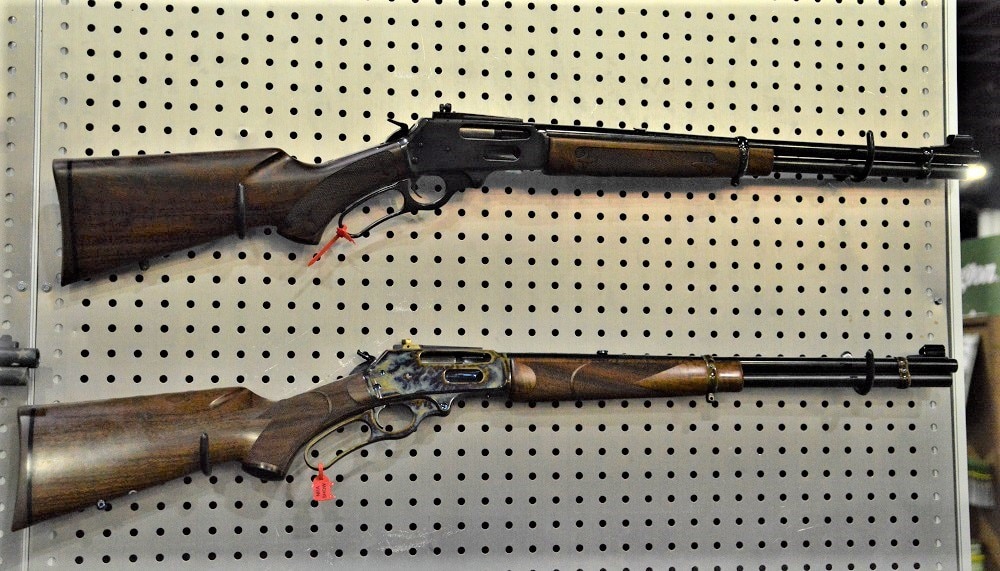 Marlin and Winchester, among others, have been making .30-30s for over a century. (Photo: Chris Eger/Guns.com)

Introduced originally as the .30 Winchester Center Fire (WCF) in 1895, this generally round-nosed cartridge was one of the first designed in the U.S. to use smokeless powder. Loaded originally with 30 grains of smokeless powder, the round still lives on today as the .30-30 and is the go-to chambering for lever guns. It is often said around the gun counter that more deer have been harvested with a “thuddy-thuddy” than any other round, which means its place on the top six list doesn’t surprise. 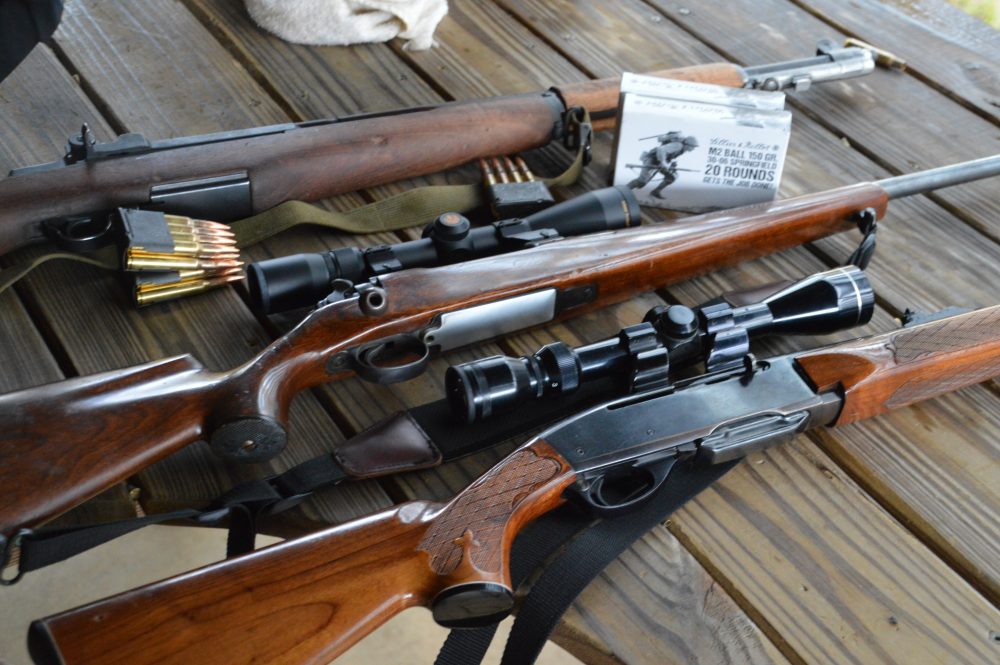 Introduced by the U.S. Army as “Cartridge, Ball, Caliber .30, Model of 1906”, the .30-06 was to remain Uncle Sam’s standard military chambering throughout both World Wars and the Korean conflict, only being replaced after 1957 by the 7.62x51mm NATO round. With this, most of your iconic American 20th Century infantry rifles, such as the M1903 Springfield, M1917 Enfield, and M1 Garand were chambered in the big “aught-six.” This soon crossed over into the commercial market in the 1920s with rifles such as the Remington 30 Express and today nearly every bolt-action rifle maker produces guns in the venerable chambering. 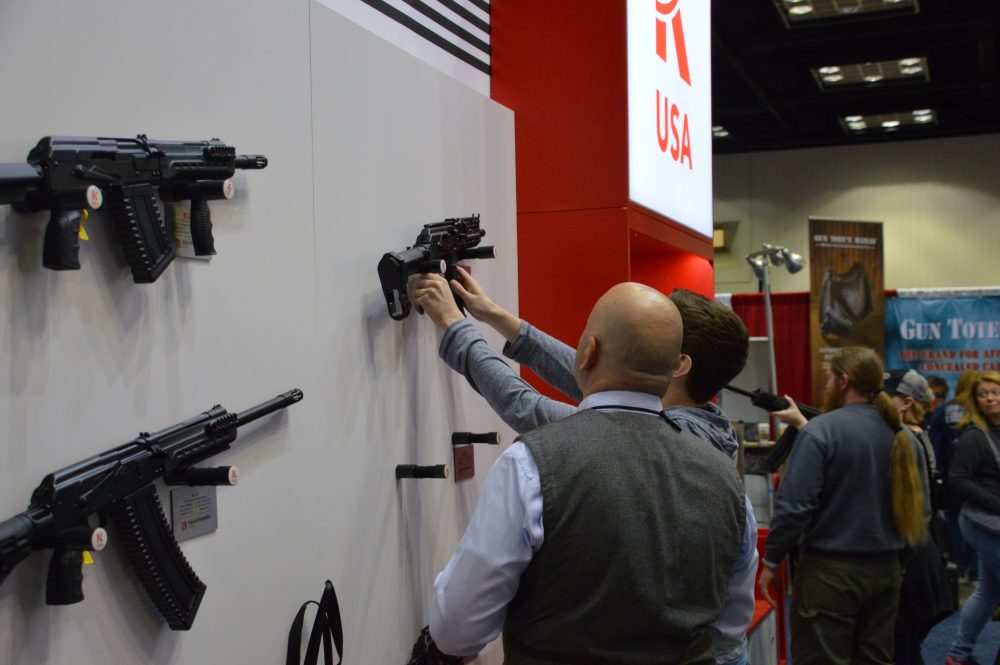 The Kalash is making steady headway into gun racks and safes nationwide, which is contributing the 7.62x39mm round’s popularity (Photo: Chris Eger/Guns.com)

Formerly just seen as fodder for SKS rifles in the early 1980s, the popularity of the 7.62x39mm cartridge has exploded since then as more and more people catch the Kalash bug and AKs of all flavors — both overseas imports and domestically produced models– are readily available. Also, don’t forget about “mutant” 7.62×39 ARs and Ruger’s Mini-30 series. Speaking of Ruger, there are even bolt-guns chambered in the Soviet-era intermediate cartridge. 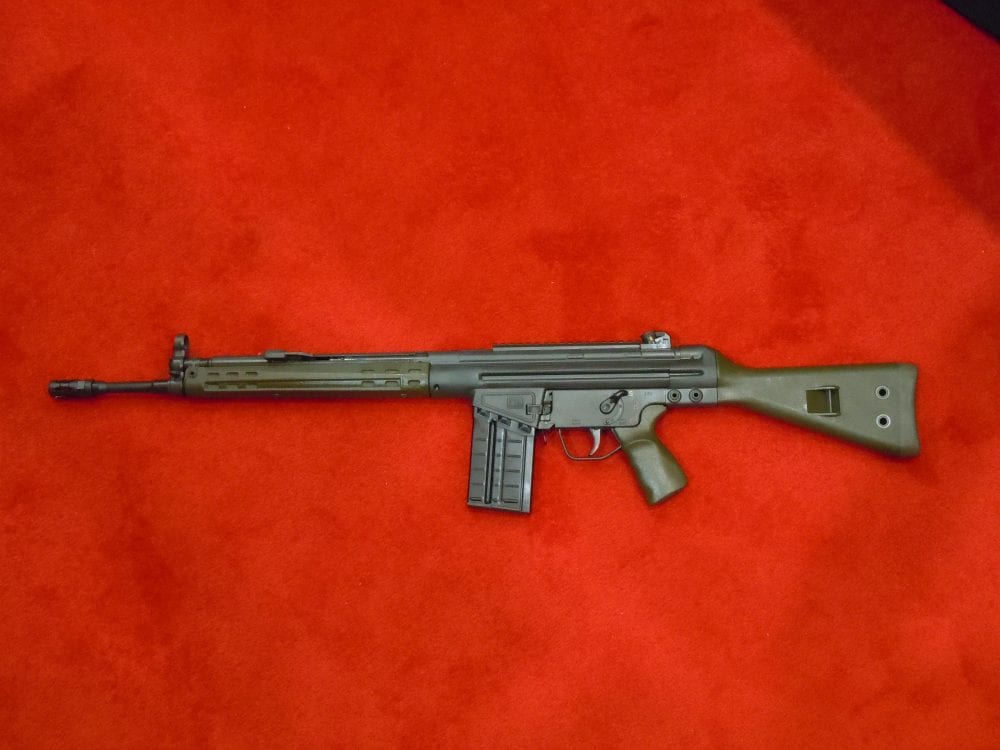 The .308/7.62x51mm rifle series is well-loved and well-represented in both semi-autos, such as this PTR91, and bolt-action examples (Photo: Chris Eger/Guns.com)

While first fielded in iconic 1950s battle rifles like the M14 and FAL, the 7.62x51mm and its .308 Winchester half-brother have gone on to become standard in short-action hunting guns since then. Of course, there are still plenty of AR-10s, PTR-91s and M1As out there for those who would rather fill (and then empty) 20-round box mags. 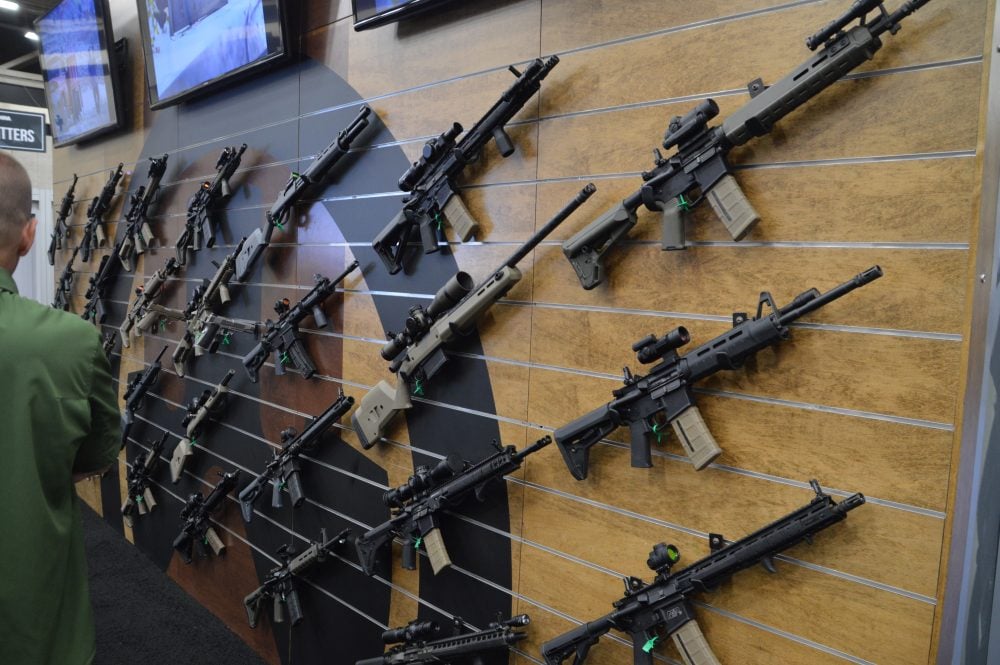 The 5.56mm/.223 Rem is, according to sales data from a leading national ammo distributor, the most popular centerfire rifle chambering in the country (Photo: Chris Eger/Guns.com)

The people’s champion when it comes to rifle cartridge sales, the .223/5.56, of course, feeds “America’s Rifle,” as well as a herd of companion MSRs ranging from Steyr AUGs and Kel-Tec SU-16s to the IWI Tavor. For those bolt-action fans, there are rifles such as the Mossberg MVP series.

While the above six hold the top of the popularity mountain currently, there are plenty of scrappy newer cartridges such as 6.5 PRC, .300BLK, .224 Valkyrie and 6.5 Creedmoor that are climbing higher every day, so it will be interesting to revisit this list in a year or two to see if there has been a shakeup. Watch this space.