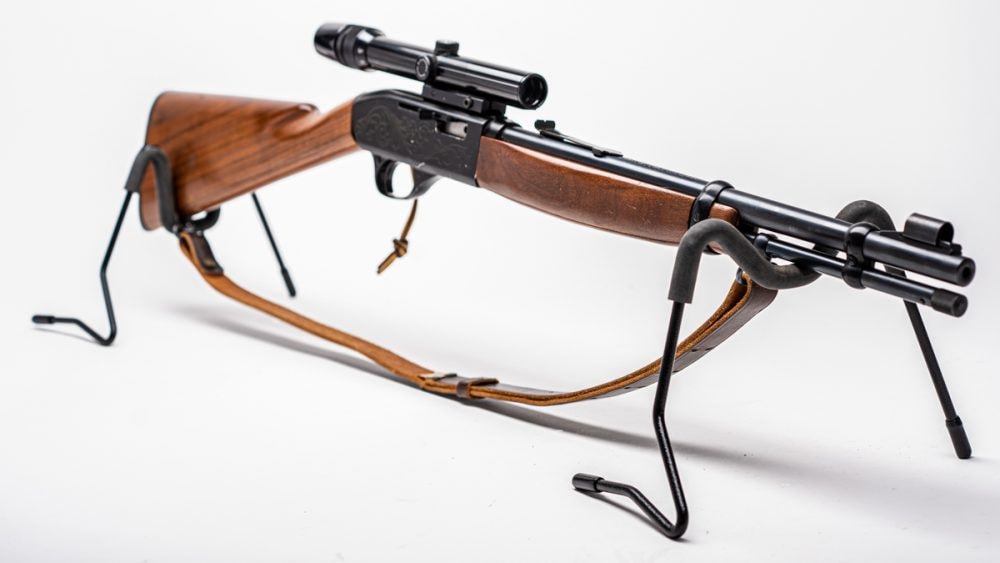 While not something Marshal Dillon would have ever carried, the Colt Stagecoach was made for less than a decade in the 1960s and 70s as a neat-o rimfire for those interested in the Old West. (All Photos: Richard Taylor/Guns.com)

Dating from when Black & White TV westerns were prime time fodder, the Colt Stagecoach rifle blended modern production with cowboy styling. In 1965, Colt was busy cranking out 600-series AR-15s and M16s for both the commercial and military market while keeping their classic M1911 and wheel gun lines alive as well.

However, for the nuclear family switching on their television sets at night, the airwaves were crowded with now-iconic shows such as Bonanza, Gunsmoke, Rawhide, and The Big Valley. These shows sparked a strong desire for all-things Wild West in both the young and the young at heart. Moving to take advantage of this, Colt introduced the Stagecoach.

The Stagecoach we have in the Guns.com Vault of Certified Used guns has a period Bushnell scope and a leather military-style sling

A semi-automatic rimfire .22LR with a painted aluminum receiver and walnut furniture, the Colt Stagecoach and the very similar Colt Colteer both debuted in 1965. While the Colteer had a longer 19.5-inch barrel and plain receiver, the Stagecoach was a more carbine-length plinker with a 16.5-inch barrel and 13-round under-barrel magazine tube. Pitched to cowboy-hat wearing youth of the era, the Stagecoach got its name from the engraved and gold-color-filled holdup scene on both sides of the receiver. 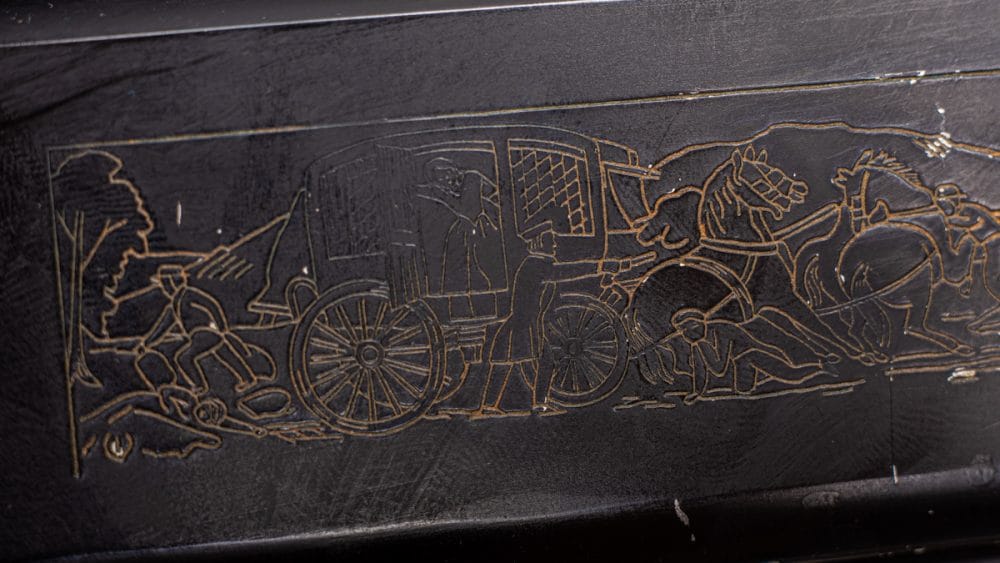 Other “Western” features included a saddle ring with a leather thong at the left (port) rear of the receiver and barrel band around the front forearm, the latter reminiscent of that seen on a lever gun. A hooded front sight and adjustable rear came standard. 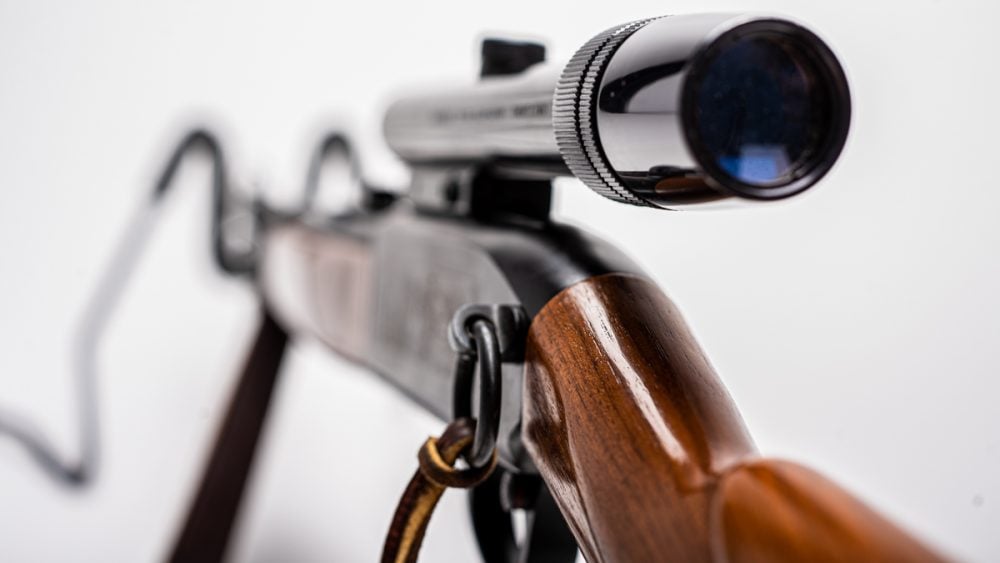 The Colt Stagecoach currently in the Guns.com Vault of Certified Used Guns was built in 1973, according to Colt’s information. By that time, Gunsmoke was the only Western primetime television series still top-rated, with the others replaced by comedies such as M*A*S*H and Sandford & Son, and it would end its 480-episode run in 1975.

As for our rifle, only produced until about the mid-1970s, both the Colteer and Stagecoach fell out of favor with the culture shift. By the Disco-era, the line had closed on the series.

Today, these guns can still hold their own as plinkers but are hard to find in good condition due to the fact their painted receivers have often flaked and lost their color over decades of use. Likewise, it is hard to find one that still has the leather thong, saddle ring, sight hood, and barrel band intact. 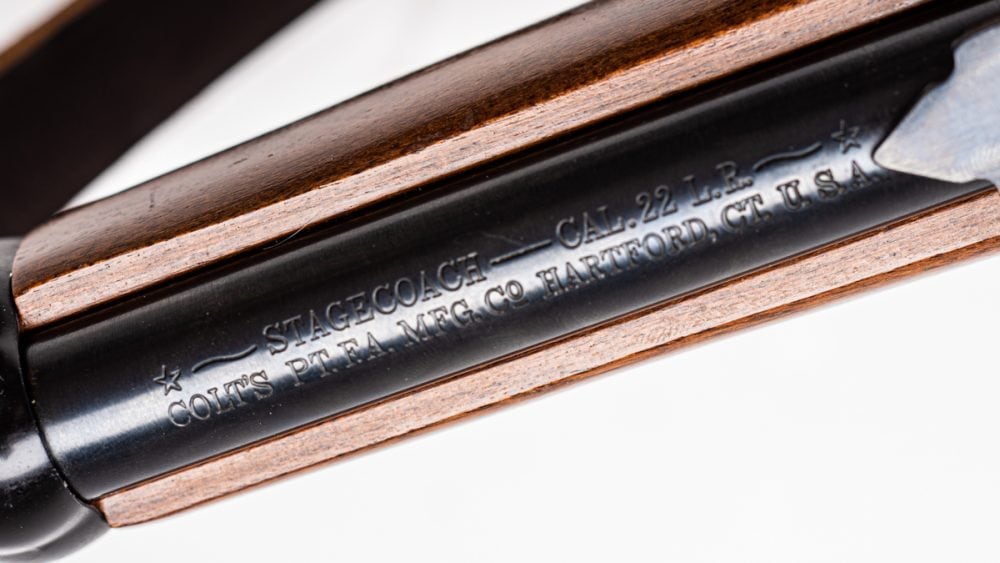 Still, for fans of the thriving cattle range wars of the 1860s and 70s, or those looking to relive those 1960s and 70s TV dinners, the Stagecoach is a neat, if almost forgotten, a relic from those days. 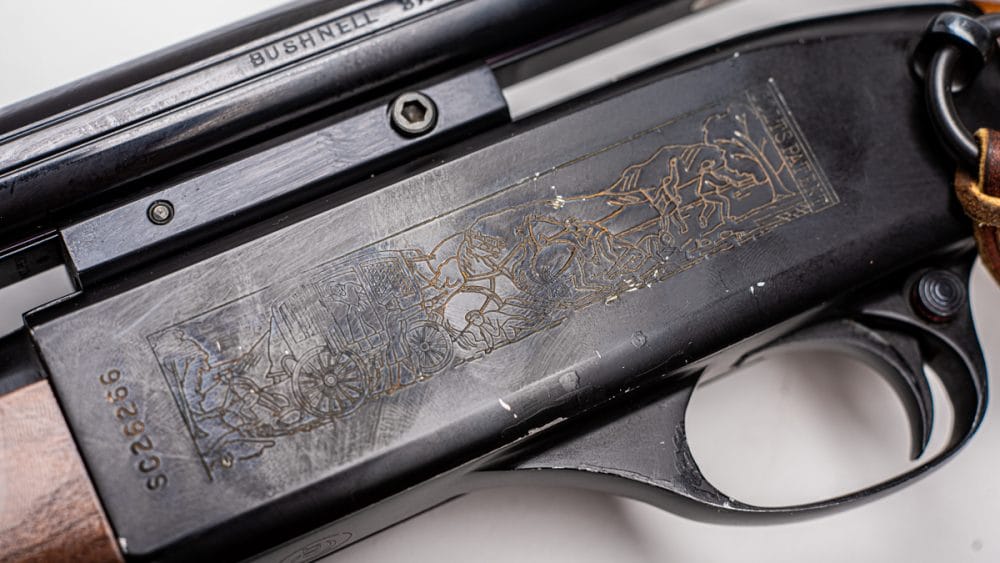