The Smith & Wesson 1917 featured in this article saw duty in all four major wars of the 20th century, then served many years as the personal protection weapon of a respected Texas jurist, before finding a steward in Boge Quinn of Gunblast.

Quinn recently spoke to Guns.com about this gun, which is part of personal revolver collection.

The featured Smith & Wesson Model 1917 in .45ACP was issued for WWI. After the war ended, it was sent to England under the Lend-Lease program for use by English troops in WWII.

After WWII, it was sent back to the U.S. and issued to a young soldier who took it to Korea with him. After the Korean conflict, the soldier went to college and got his law degree. He then took it with him to the Vietnam War.

After Vietnam, the lawyer was allowed to keep the sixgun. He left military service to practice law and became a judge in Texas.

During this time in the revolver’s life, the judge had it converted for his use as a daily-carry piece. He had a new 4-inch bull-profile target barrel installed, added a new front sight and adjustable rear sight, bobbed the hammer and installed a set of grips made by the late great grip maker, Deacon Deason of Bear Hug Grips.

The judge carried this revolver daily under his robes for over 20 years. After the Judge’s death, Quinn bought the revolver from his estate. He had the lockwork converted to a butter-smooth double-action-only by Milt Morrison of QPR Gunsmithing. 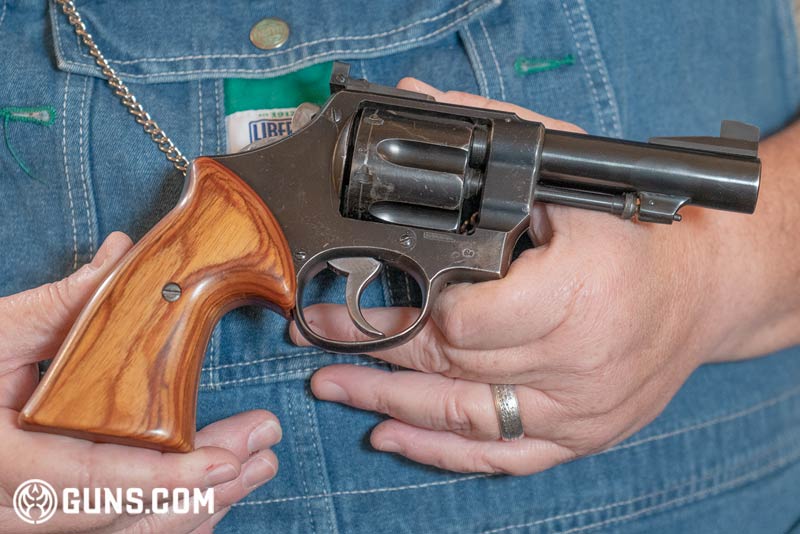 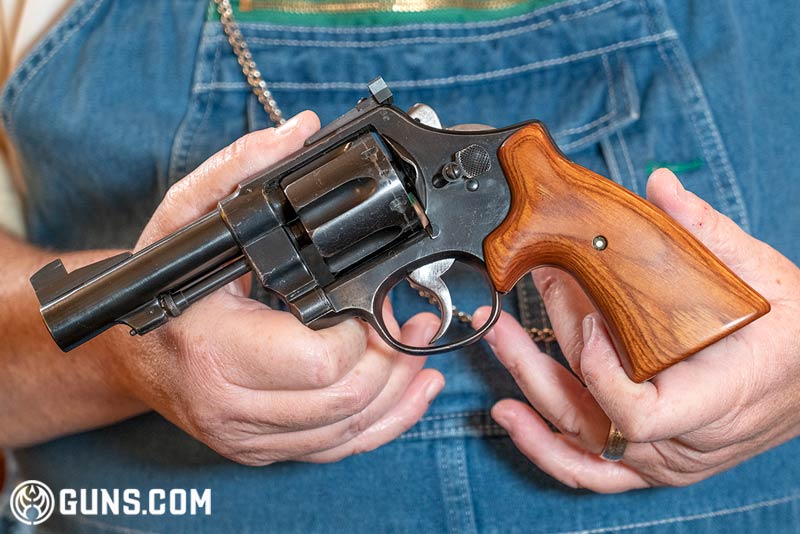