Taylor Thorne didn’t grow up with guns. She only got her first gun at age of 22. “I’d just moved out into the sticks of New Hampshire with no neighbors and no police department. I decided I wanted a gun to protect myself,” she said.

She asked a friend who worked at a gun shop what kind of gun he recommended. He suggested a Glock 17, or a Beretta 92FS. Thorne tried both, and went with the Glock. “Mainly because it was proven to be reliable, simple and well-rounded,” she said.

Her first gun was an introduction to something bigger. She started to shoot at her local range Pioneer Sportsmen in Dunbarton, New Hampshire. To her surprise, she really enjoyed it.

A few months later, she shot a shotgun for the first time, which she loved. That winter, she participated in a sporting clays competition, which proved to be fun. And finally, she came across 3-gun competition. It blew her mind.

She started binge watching 3-gun videos on Youtube. She desperately wanted to compete, but there were almost no 3-gun matches in New England. “That was something that absolutely bothered me,” she said. So, she decided to do something about it.

Her job gave her a volunteer day to go out into the community and volunteer. She heard about a charity called Aiming for Zero. They put on events to raise money to help prevent veteran suicide, and assist military families.

Thorne contacted the charity and asked what she could offer. They told her she could volunteer at one of their existing shooting competition, or come up with something entirely new. “Within three days, I knew I wanted to run a 3-gun match,” she said. She had never done anything like it before, but she was determined to make it happen.

“We were skeptical at first,” said Kevin Anderson, one of the board members at Pioneer Sportsmen, the club where Thorne planned to do her 3-gun event. But Thorne’s determination and ability to mobilize people changed his mind. “She’s a firecracker. She is a take-charge and full of energy. She organized, got sponsors and planned everything out,” he said.

Thorne’s first Aiming for Zero 3-gun match was a USPSA recognized multi-gun event that took place in 2017. The match filled up within hours of opening registration. Competitors raved about it. Thorne hoped to raise $8,000. After it was over, she recalled counting the money. “My hands were shaking because I counted eight, nine, ten, eleven — twelve thousand dollars. It was the most money the club had ever raised in its history.”

Taylor was given the go-ahead by the club’s board to do as many 3-gun matches as she wanted. Each year they got bigger, and this year’s event is to be the biggest and best.

The event is called Aiming for Zero Great Nor’easter Multigun. It takes place from Sept. 13-15 at Pioneer Sportsmen in Dunbarton, New Hampshire.

Thorne hopes her story inspires other people to get into the shooting sports and organize events in their areas. “It’s one of those things where if you build it, people will come,” she said. 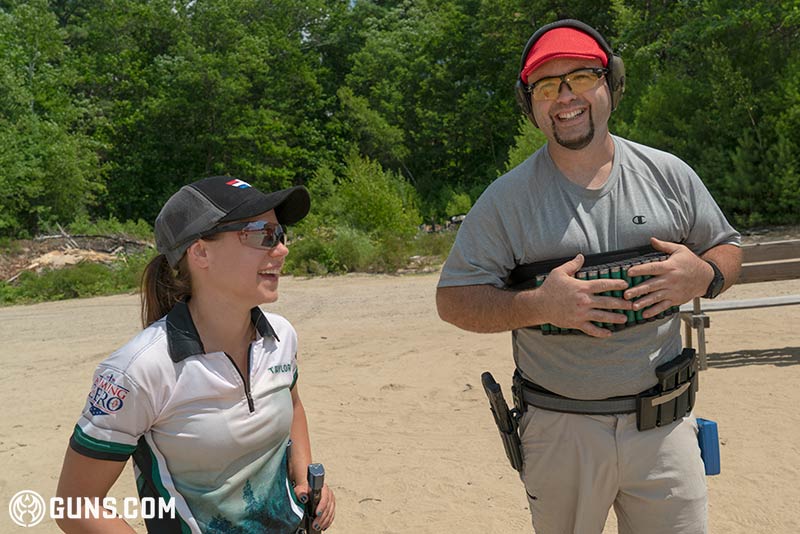 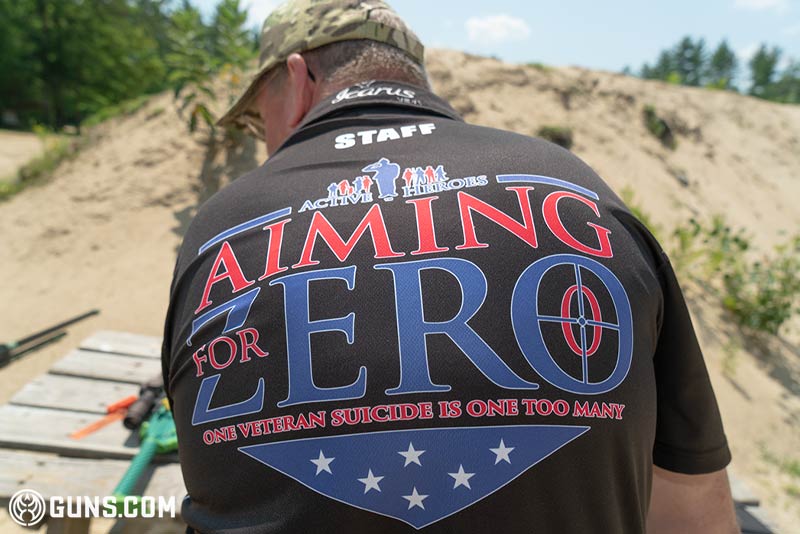 Aiming for Zero on the shirt of a competitor. (Photo: Ben Philippi / Guns.com) 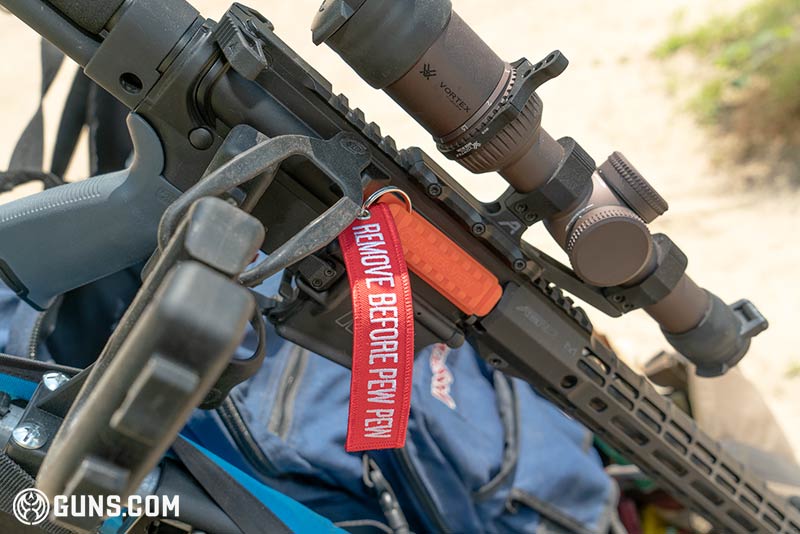 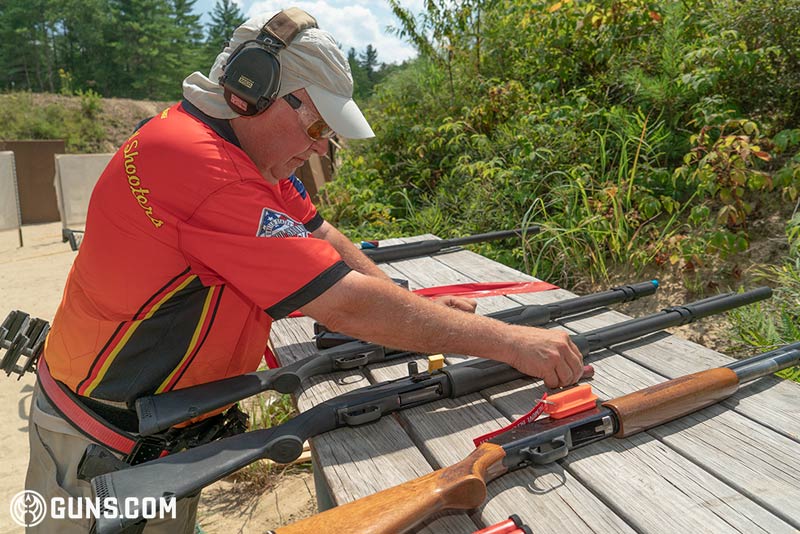 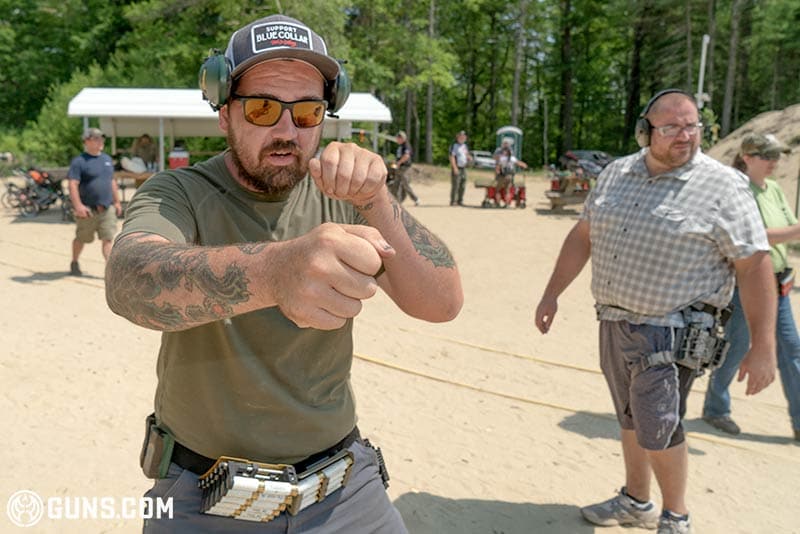 A competitor choosing his line and preparing to shoot a stage. (Photo: Ben Philippi / Guns.com) 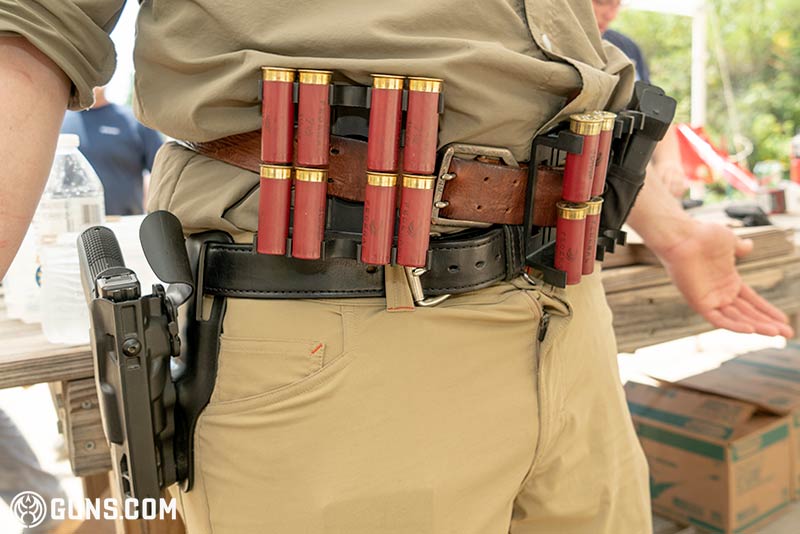 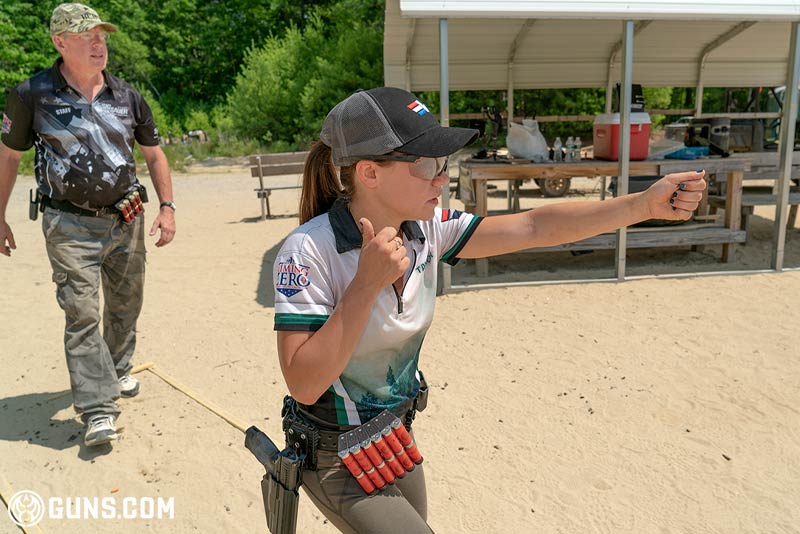 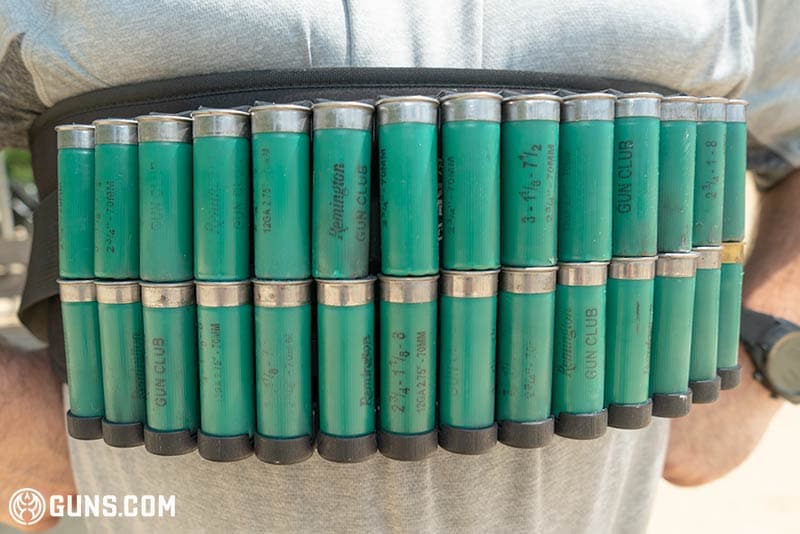 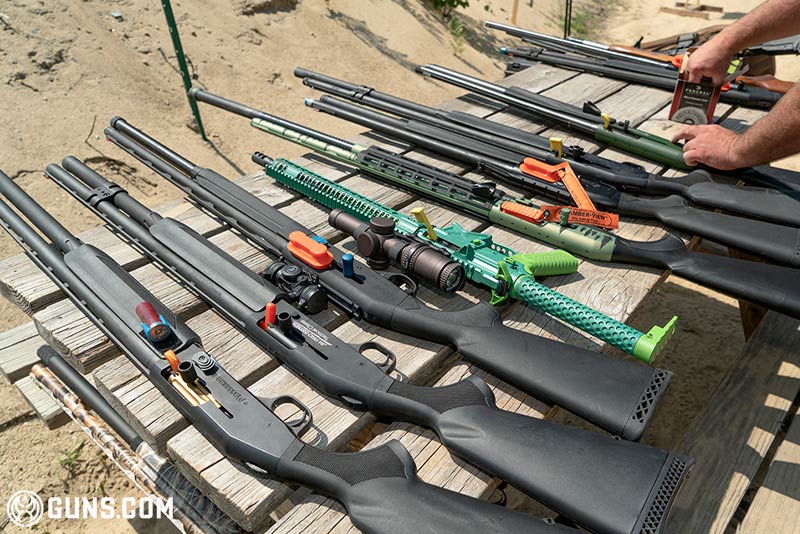 Guns waiting their turn to shred the next stage. (Photo: Ben Philippi / Guns.com) 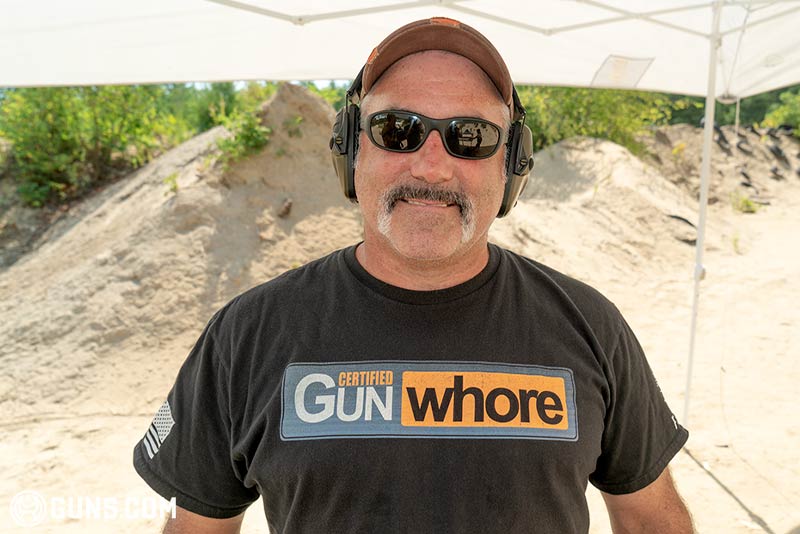 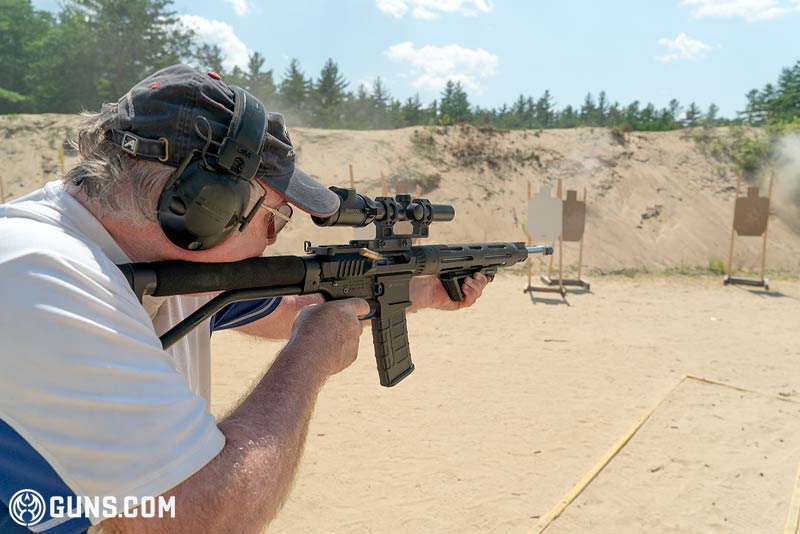 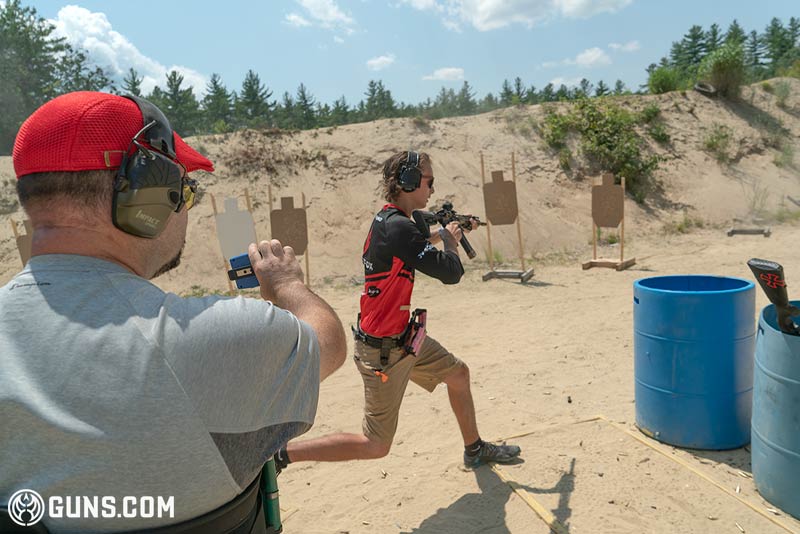 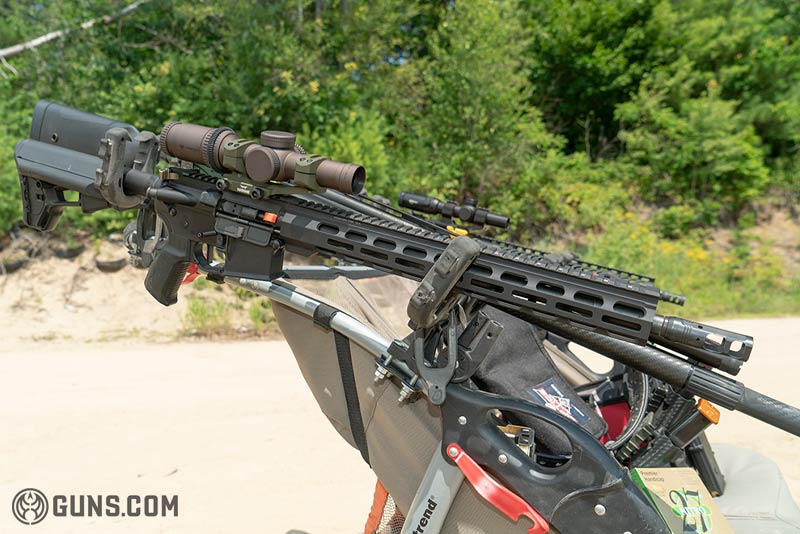 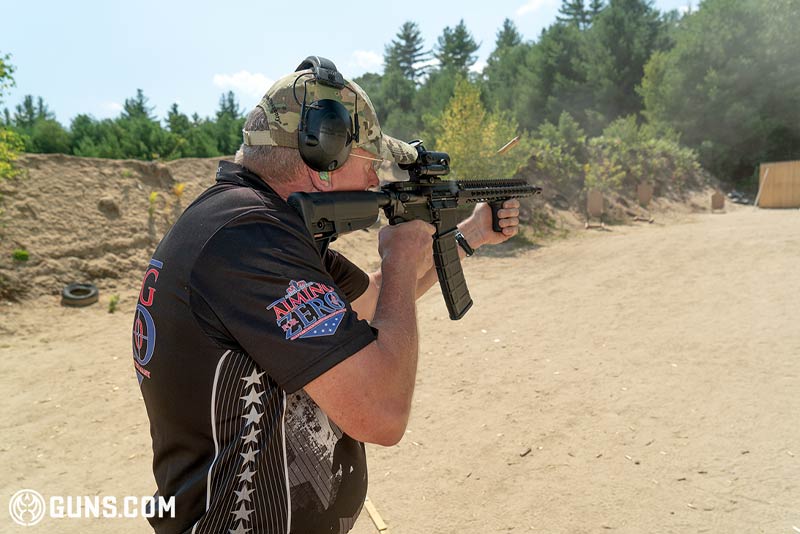 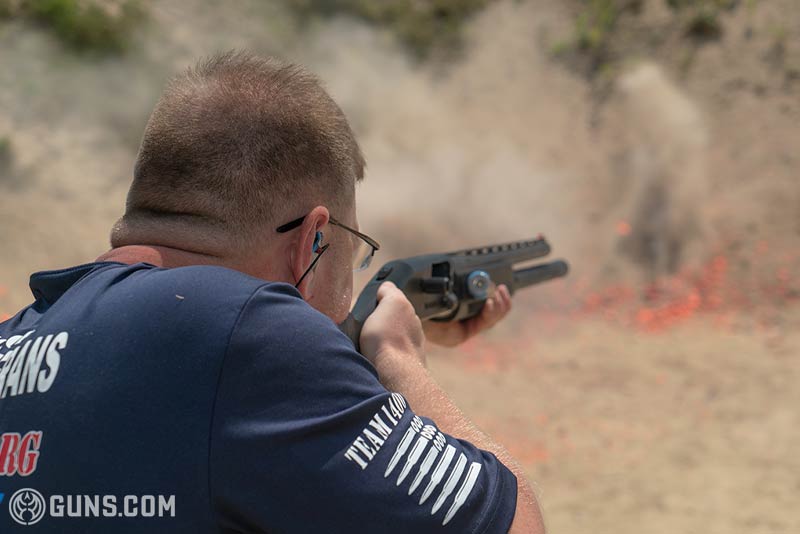 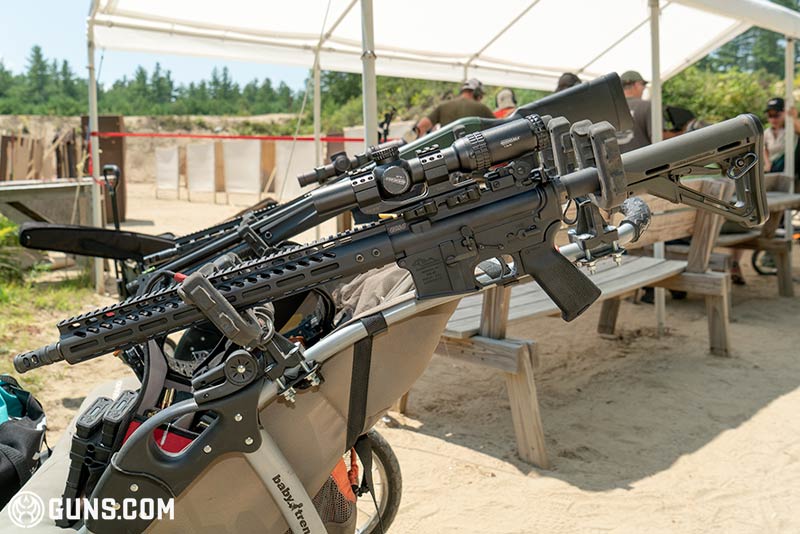 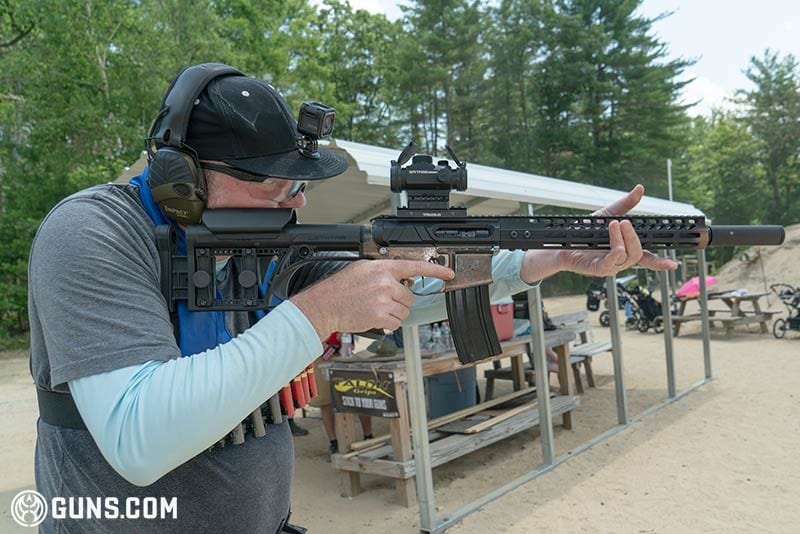 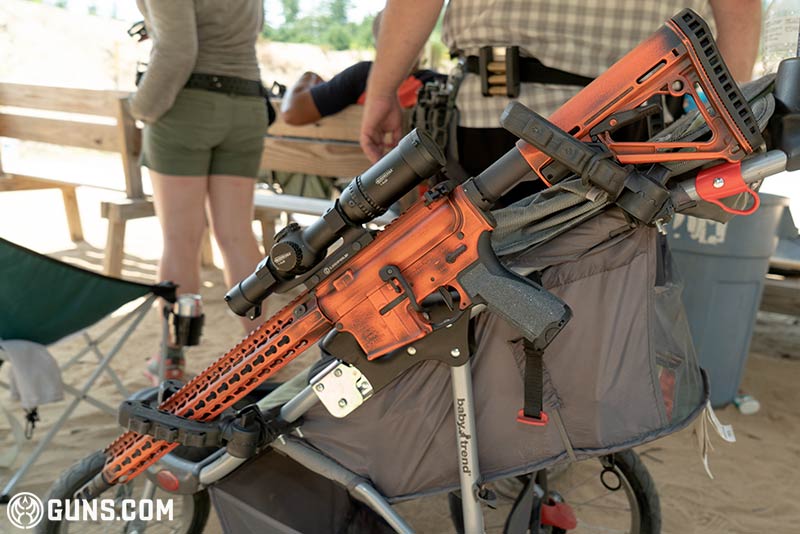 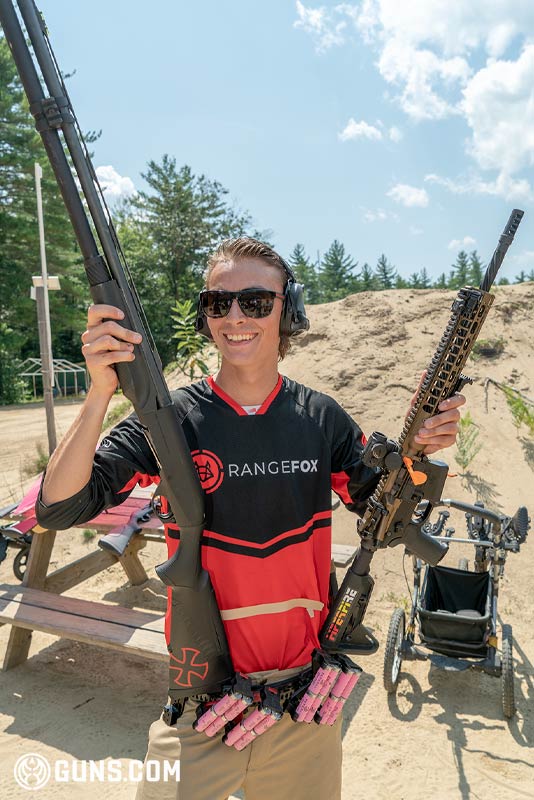 Ivan Bjornlund with his guns at the 3-gun event at Pioneer Sportsmen on July 28, 2019. (Photo: Ben Philippi / Guns.com)