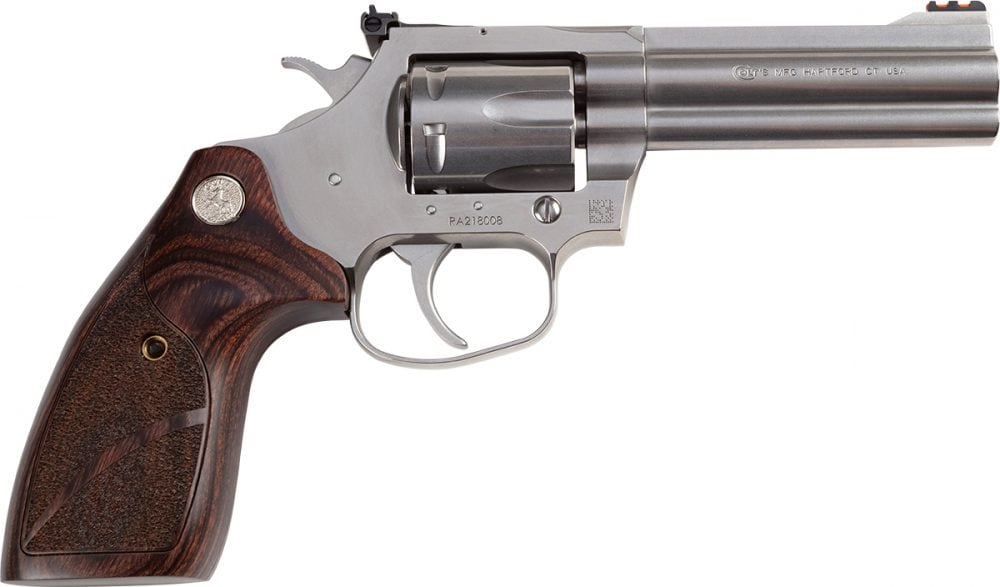 The stainless steel, 6-round capacity, double-action revolver is the latest model in the modern King Cobra series. (Photo: Colt)

The new wheel gun, following on the heels of their Cobra, Night Cobra, King Cobra, and Cobra Carry revolvers, features a 4.25-inch barrel, adjustable rear sight, elevated fiber optic front sight, and custom Altamont wood medallion grips. With an overall length of 9.25-inches, the six-shot full-lug target revolver is pitched for use by competitive shooters and those who just like to hit the range.

“After releasing the King Cobra earlier this year we received a flood of requests for a 4-inch model with adjustable sights,” said Justin Baldini, Colt’s Director of Marketing. “Our customers are excited to bring their Colts to the range and the King Cobra Target is engineered for accurate and enjoyable shooting.” 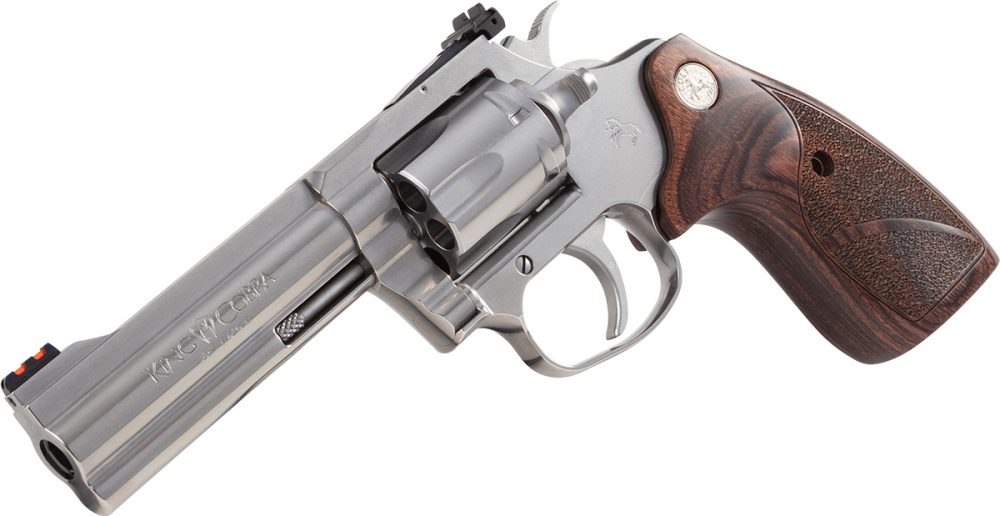 The revolver uses an LL2 linear leaf mainspring and sports a fiber optic front and adjustable rear sight. It is capable of using either .38 Special or .357 Magnum loads. (Photo: Colt)

MSRP on the King Cobra Target is $999. The revolver is currently restricted from California, Massachusetts, and Maryland.