Customs puts the Crimp on Banned Gun Parts from China 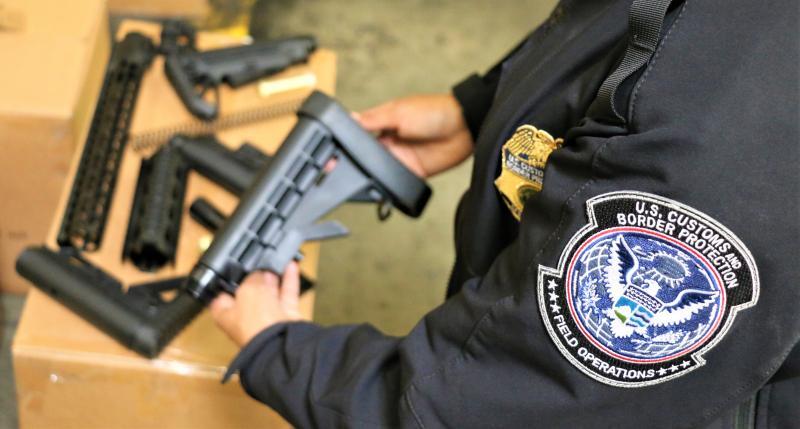 The items seized were worth some $378,000 and came into a California port in three shipments. (Photo: CBP)

U.S. Customs and Border Protection last week announced they had intercepted and seized 52,601 firearms parts in violation of the Chinese Arms Embargo. CBP detailed that the parts, worth an estimated $378,000, included sights, stocks, brakes, buffer kits, and grips that were shipped in three batches through the Los Angeles/Long Beach Seaport. While China legally exported boatloads of firearms to the U.S. in the 1980s, they are currently one of just eight countries barred from sending guns and ammunition to the country. 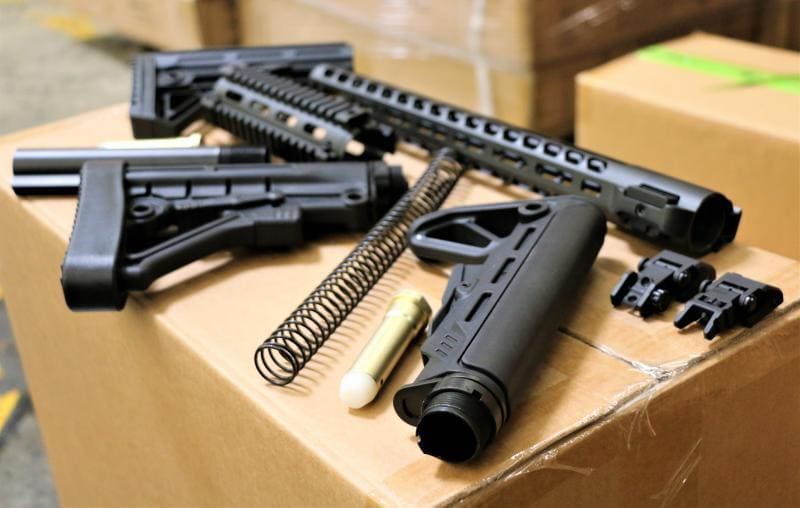 According to CBP, the parts included a mix of sights, stocks, brakes, buffer kits, and grips (Photo: CBP)

“We work closely with our strategic partners to ensure import compliance while maintaining the highest standards of security at our nation’s largest seaport,” said LaFonda Sutton-Burke, CBP Port Director of the LA/Long Beach Seaport. “This interception underscores the successful collaboration between CBP officers, import specialists, and ATF investigators.”

The current ban on firearms from China was put into place in 1994 by then-President Bill Clinton. At the time, the country was reportedly the source of about one-third of all guns and more than half the rifles brought into the U.S. from overseas each year. The firearms prohibition by the Clinton administration came at the same time the White House renewed China’s “Most-Favored-Nation” status for trade privileges despite public outcry over Bejing’s policy of repression on human rights.