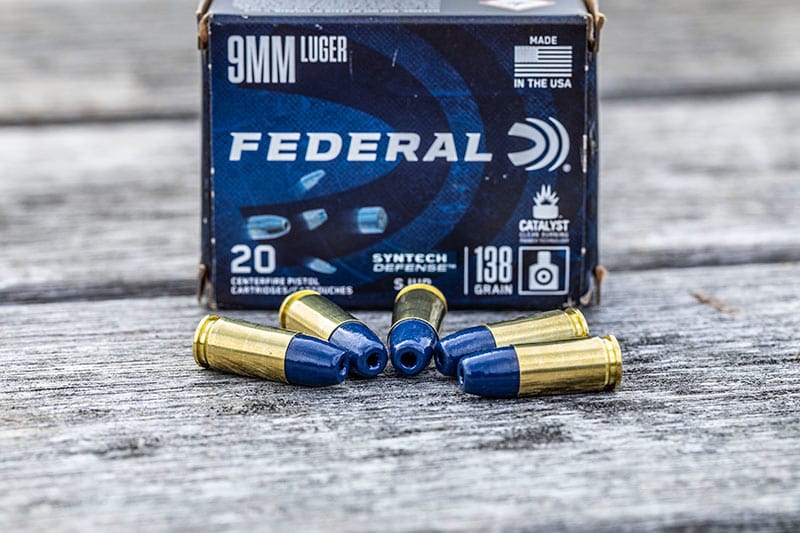 Syntech Defense is available for popular handgun loads like the 9mm, .40 S&W and .45 ACP. (Photo: Federal)

Federal caters to the self-defense market with a new line of defense ammunition, Syntech Defense, tailored to handgun shooters.

Available in 9mm, .40 S&W and .45 ACP, Syntech Defense offers a hollow-point bullet that splits into three segments and “a deep-penetrating core on impact.”

“The core penetrates 12 to 18 inches through bare ballistics gel and heavy clothing—a critical benchmark in self-defense situations and the best terminal performance of any round in its class,” Federal said in a news release. “The segments create three secondary wound channels, each more than 6 inches deep, adding to the terminal effect.” 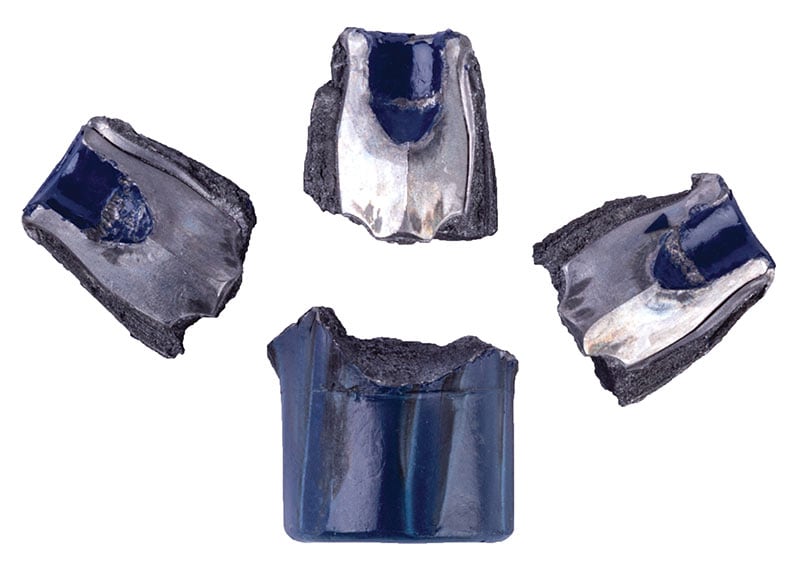 The ammunition breaks into pieces with a penetrating core to offer the most penetration, according to the company. (Photo: Federal)

The Syntech Defense load follows in the footsteps of other Syntech ammunition, using a polymer jacket that reduces lead and copper fouling while also reducing heat and friction inside the barrel — ultimately, protecting the handgun’s barrel. Federal tops the design off with its Catalyst primer, delivering a hot yet reliable ignition all without the need of lead. 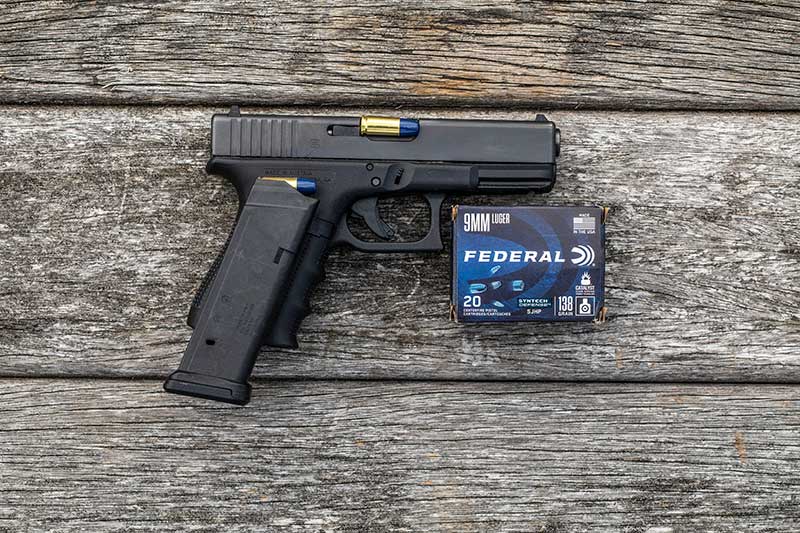