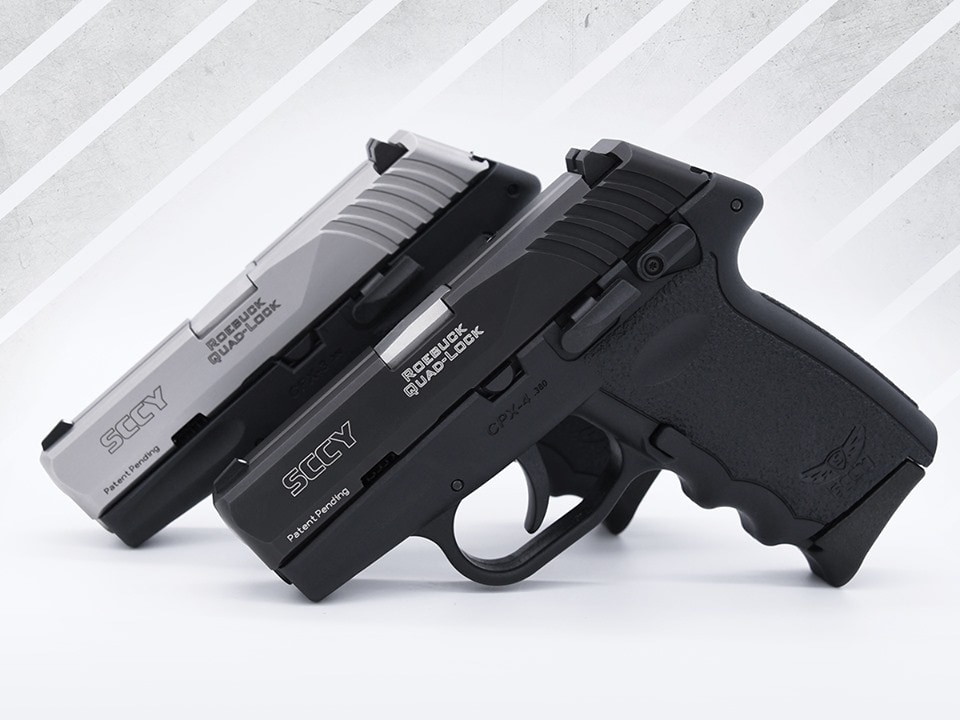 The 10+1 CPX-4 features a manual safety, a win for those looking for that feature. (Photo: SCCY)

SEE SCCY PISTOLS FOR SALE AT GUNS.COM FROM $182

Florida-based SCCY Firearms this week showed off their new CPX-4 handgun platform, a .380 hammer-fired, polymer-framed pistol with a manual safety.

The double-action-only (DAO) CPX-4 builds on the company’s legacy CPX-3 handgun, which has the same general specifications and features, by adding an ambidextrous frame-mounted manual thumb safety, an important feature for some users. Both the CPX-3 and 4 models have a 2.96-inch barrel length for an overall length of 5.7-inches and an all-up weight of 15-ounces.

The Zytel polymer grip frame houses a 7075-T6 aluminum receiver while the slide is stainless steel available in either a natural or black nitride finish. Other standard features include a three-dot sight system and a slide/lock release. The CPX-4 is expected to ship this Fall and include three double-stack, 10 round capacity magazines–one with a finger extension base installed and two with flat bases. 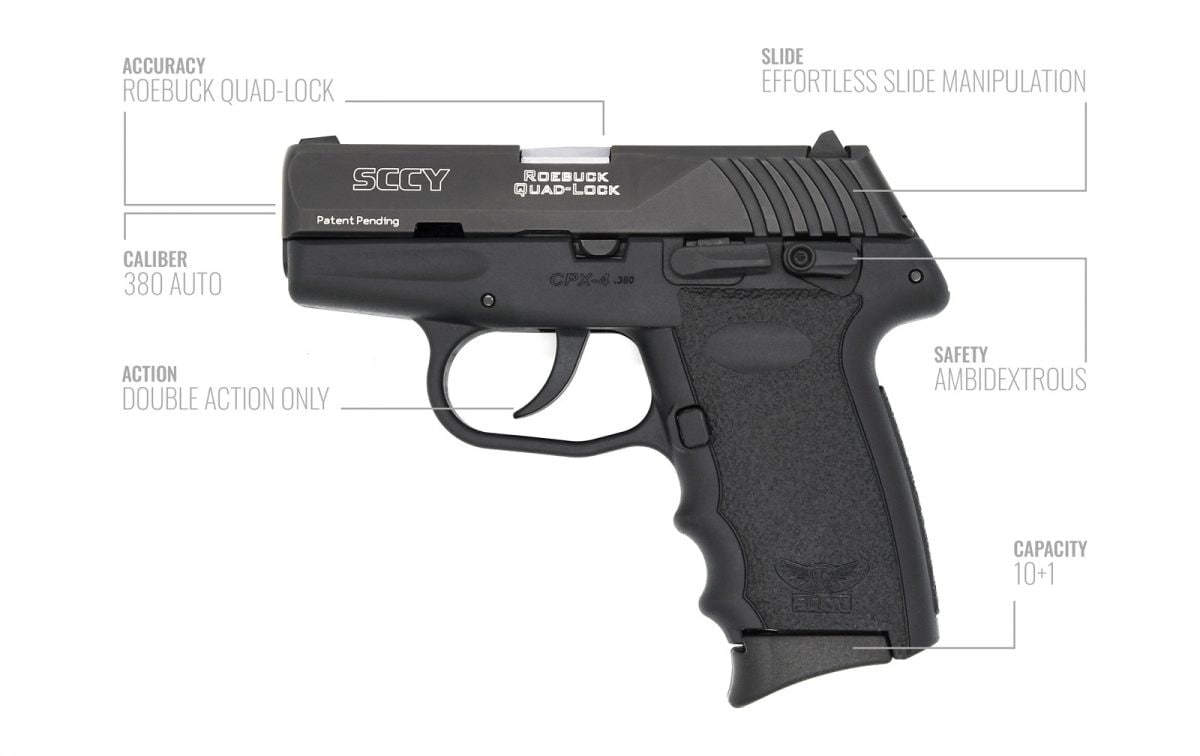 The SCCY CPX-4 is set for release this fall (Photo: SCCY)

MSRP is set at $305, which will likely be a good bit less in actuality.

SEE SCCY PISTOLS FOR SALE AT GUNS.COM FROM $182