SEE A GREAT SELECTION OF NEW AND USED STEYR AUG AT GUNS.COM

Adopted first by the Austrian Army in the 1970s, the Steyr AUG rifle has spent more than four decades in service around the globe.

Dubbed the Armee Universal Gewehr (AUG) which translates roughly to “Army Universal Rifle,” Steyr created the iconic 5.56 NATO bullpup to replace the Austrian military’s Sturmgewehr 58 (StG 58) series rifle, the latter a Steyr-licenced version of the FN FAL. As the older battle rifle weighed 10-pounds, unloaded, and was a hefty 43-inches long, the 7-pound/31-inch AUG promised to save a lot of shoulder pain for Austrian draftees. Plus the domestic design at the time included an integral optic built into the carrying handle.

Adopted by the Austrians as the StG 77, the AUG went on to find success with the Australian military in the 1980s where it replaced the inch pattern semi-auto FAL (L1A1) as well as the M16A1. 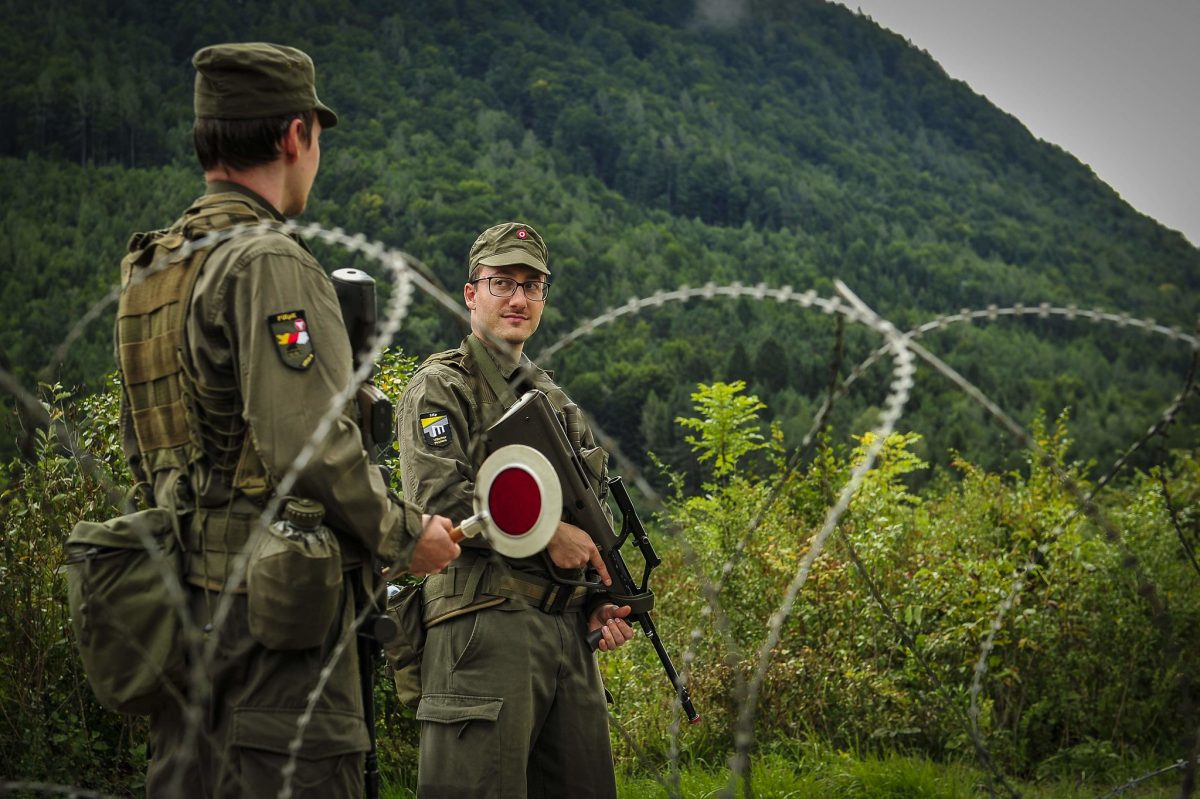 The Austrian Bundesheer has been using the AUG since 1977. As for Steyr, they have been in business since 1864. (Photo: Austrian Army)

Further customers included Saudi Arabia, Ireland, New Zealand, Luxembourg, Oman, Tunisia, and others. Since then, the basic platform went through at least two generational upgrades and has popped up in everything from an even more compact 9mm sub gun variant, which used the mags from Steyr’s MPi 69 SMG, to heavy-barreled light machine-gun models.

When it comes to semi-auto guns intended for the U.S. domestic market, the original AUG SA was produced beginning in 1977– the same year the Austrian Army adopted the rifle. While importation halted off and on over the years, the rifle, now available in the AUG A3 M1 series, has been very much available to American consumers. Today, Steyr USA is located in Bessemer, Alabama, and doesn’t look like it is going anywhere anytime soon.

SEE A GREAT SELECTION OF NEW AND USED STEYR AUG AT GUNS.COM