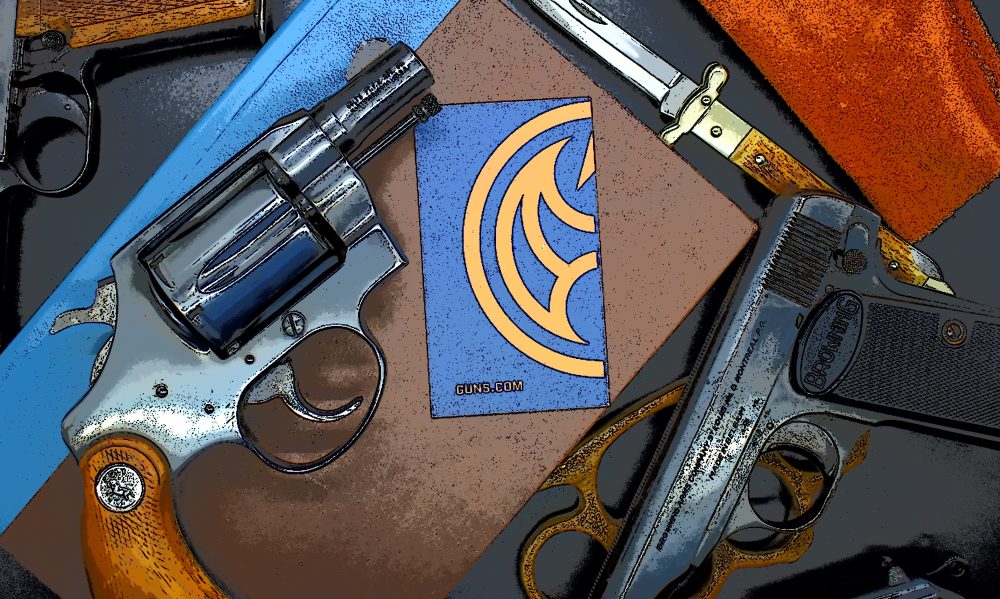 One thing that remains constant in the noir films and fiction is the gun selection. (Photo: Chris Eger/Guns.com)

For a big chunk of the 20th Century, handy, often pocket-sized revolvers and pistols accompanied the hardboiled gumshoes of the period’s entertainment.

Film Noir, the cinematic term for the legion of black & white movies from the late 1920s through the 1950s based on popular crime and detective fiction of the era, followed the likes of tough-talking private investigators such as Lew Archer, Mike Hammer, Philip Marlowe, and Sam Spade. In a reflection of their fictional life and times, they carried an array of now-classic heaters, hog legs, mohashkas and roscoes that likewise accompanied that day’s real police while being popular in the consumer market for self-defense as well. 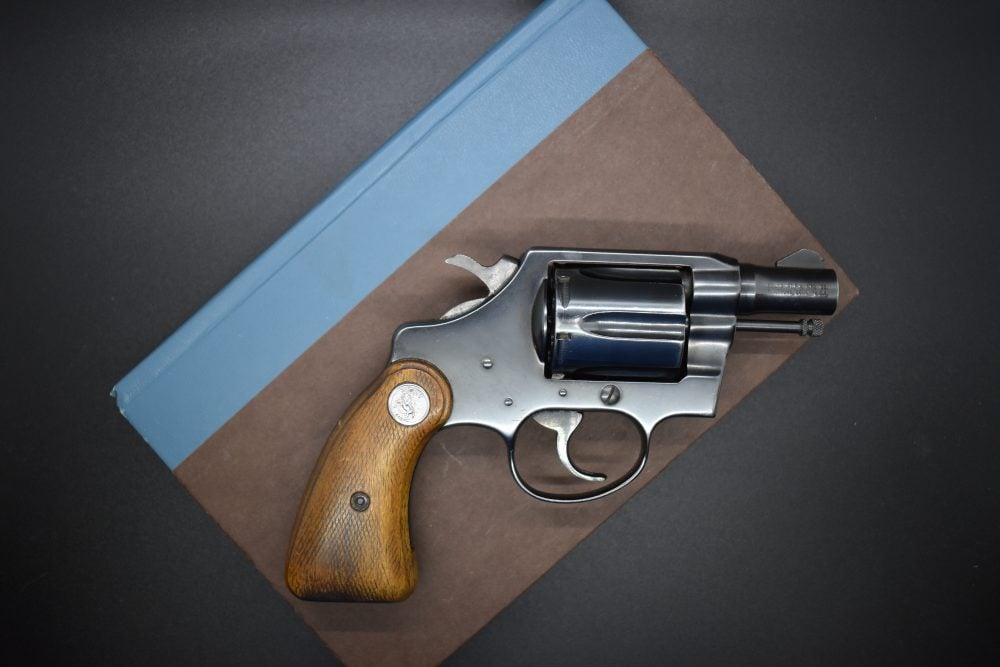 When going into harm’s way on a case for a questionable dame, the Colt Detective was mandatory. (Photo: Chris Eger/Guns.com)

Perhaps no other wheel gun is as popular in noir fiction than Colt’s Detective Special models. First introduced in 1927 as a chopped down take on Colt Police series, the reliable all-steel six-shot snub predated Smith & Wesson’s J-frames by a generation and were soon in service from coast to coast during the Prohibition era and Great Depression.

Besides regular life in the pages of the day’s pulps, Hollywood tough guys like Humphrey Bogart, James Cagney, Charlton Heston, and Sterling Hayden used the classic Colt on-screen. Heck, even future President Ronald Reagan carried one during his acting days. The guns proved so popular that Colt kept the “Dick Special” in production into the 1990s and today’s more modern Cobras are in many ways a return to the line. 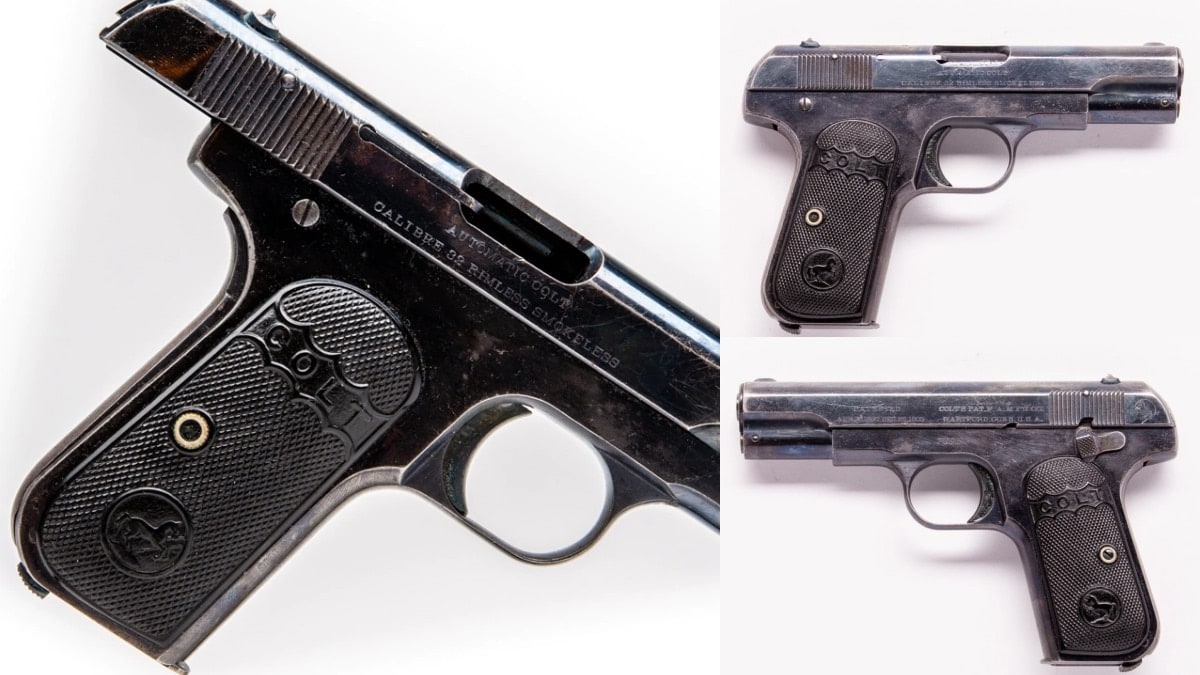 The Colt 1903 Pocket Hammerless is a single-action semi-automatic pistol chambered in 32 ACP with a 7+1 round capacity. One of the most common concealed carry guns of the 20th Century, we also have several in the Guns.com Vault, ready for the discerning collector, fedora not included.

THESE CLASSIC COLTS ARE AVAILABLE FROM $665.98

Carried by Bogey in no less than five movies including as Rick in Casablanca and as Philip Marlowe in The Big Sleep, Colt’s Pocket Hammerless (which actually does have a hammer!) was a go-to semi-auto pistol of the time offered in .32ACP and .380. A design of John Browning’s, it remained in production for more than 40 years.

Remarkably snag-free for its era, especially when compared to many contemporary autoloaders, you can see why they were so enduring. Speaking of which, the model even made an appearance in this year’s  John Wick installment, proving its aesthetics never really went out of style. 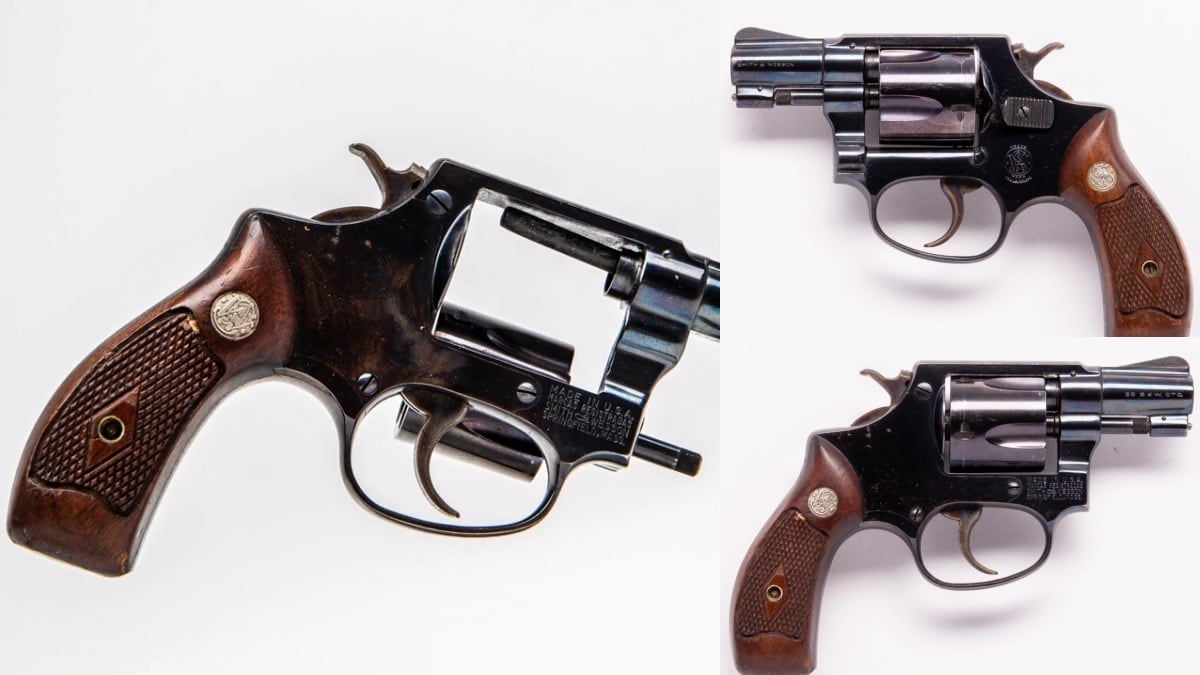 This Smith & Wesson pre-32 Terrier is a five-shot revolver chambered in 38 S&W, not Special.

Even before the great J-frames such as the Model 36, Smith & Wesson produced the small framed Terrier, Model 30 and Model 32 round-butt wheel guns. Dubbed I-frames, these models were made in several barrel lengths, with snubby 2-inchers proving among the more concealable. Actor Ray Milland carried one in the Fritz Lang WWII-era noir spy film Ministry of Fear— complete with pearl grips. Notably, that film also includes a Mauser M1934, because, Fritz Lang. 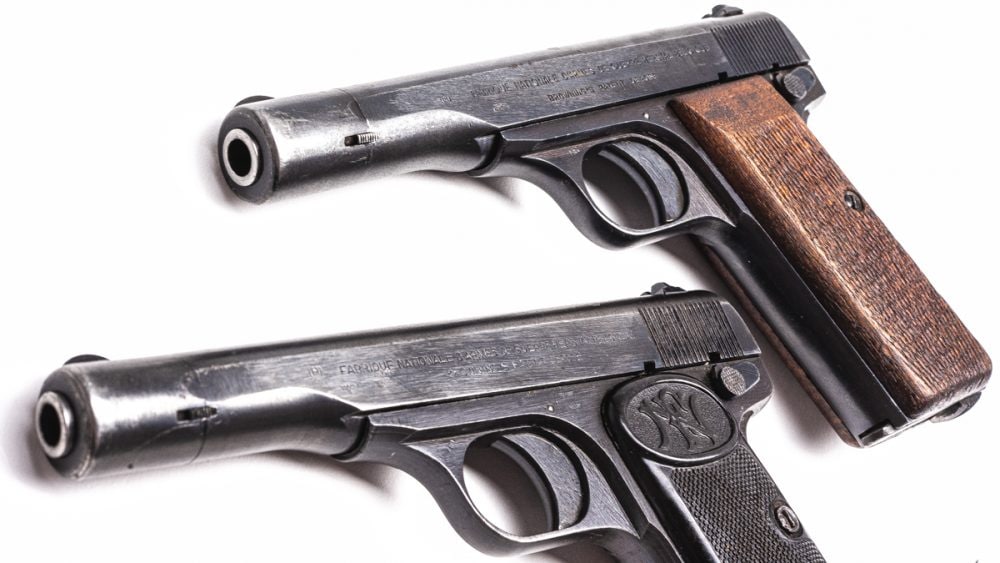 These FN 1922s up for grabs in the Guns.com Vault were used by the German military in WWII and have the funny little eagles to prove it.

Speaking of Fritz Lang, besides the standard fare of odd German pistols, the noted director’s bizarre proto-noir thrillers M and Testament of Dr. Mabuse featured several of Browning’s FN-produced pistols such as the Model 1900 and 1910.

The guns and later models like the FN 1922, due to their international use and adoption, remained popular on the big screen in moody spy films and crime movies from Paris and Moscow to Tokyo and everywhere in between. Heck, even Sean Connery used one in Dr. No, although it was just past the noir period. 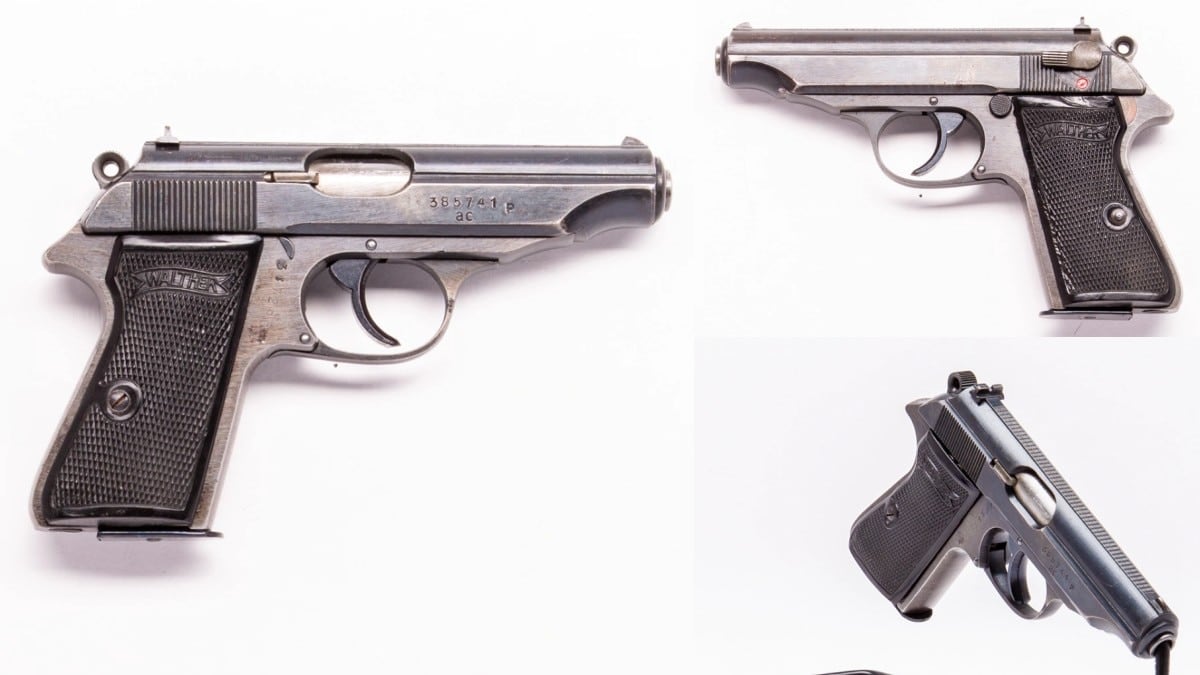 This German late WWII-era Walther PP up for grabs includes a 6-digit number with “P” right on slide and “ac” code. Does it get any more noir than that?

We couldn’t obliquely mention Bond without covering Carl Walther’s Polizei Pistole. First produced in the 1930s, these German-made .32s and later .380s may not have faced popped up directly in period films but they were out in circulation and very much carved a notch in gun culture through later spy movies– starting as far back as the 1950s version of The 39 Steps— as well as neo-noir action films. Sure, it’s not a Luger, but what is?

Of course, there were other guns of the era, such as Vest Pockets, M1911s,  pre-Model 10 Smiths, Baby Brownings and the like, but we only have so much time.

If you can think of a favorite we missed, drop it in the comments below and if you mugs want to check out our complete collection of great Certified Used Guns, do that after the jump, sweetheart.