Deer hunters have shelves upon shelves of rifle ammunition from which to pick at this time of year–brightly colored packaging, catchy tag lines, and promises of big bucks on the ground. While it’s certainly not possible to try even a quarter of all the options in any caliber, hunters will be well-suited to send several rounds downrange this year. Many of the new polymer-tipped rounds are built by the companies specifically for optimal performance on the rather thin-skinned whitetail deer. Here are five of our favorites, with each excelling in the accuracy department.

The quality of Nosler ammunition precedes itself, so it’s no surprise that their Nosler BT (Ballistic Tip) makes this list. In fact, the new tagline for BT is “Made for Whitetail” with the rapid expansion projectiles designed for a devastating shock on deer-sized game. Per the company, “every bullet weight and velocity is optimized for maximum effectiveness on deer, antelope, and hogs.” With several new-for-2019 chamberings, BT is now available in 15 different calibers. Aside from all the expected rounds, the company gives hunters interesting choices in 7.62×39, .25-06, 6mm Creedmoor, .260 Rem, .280 Rem, and .280 Ackley Improved.

GET THAT BALLISTIC TIP AMMO HERE! 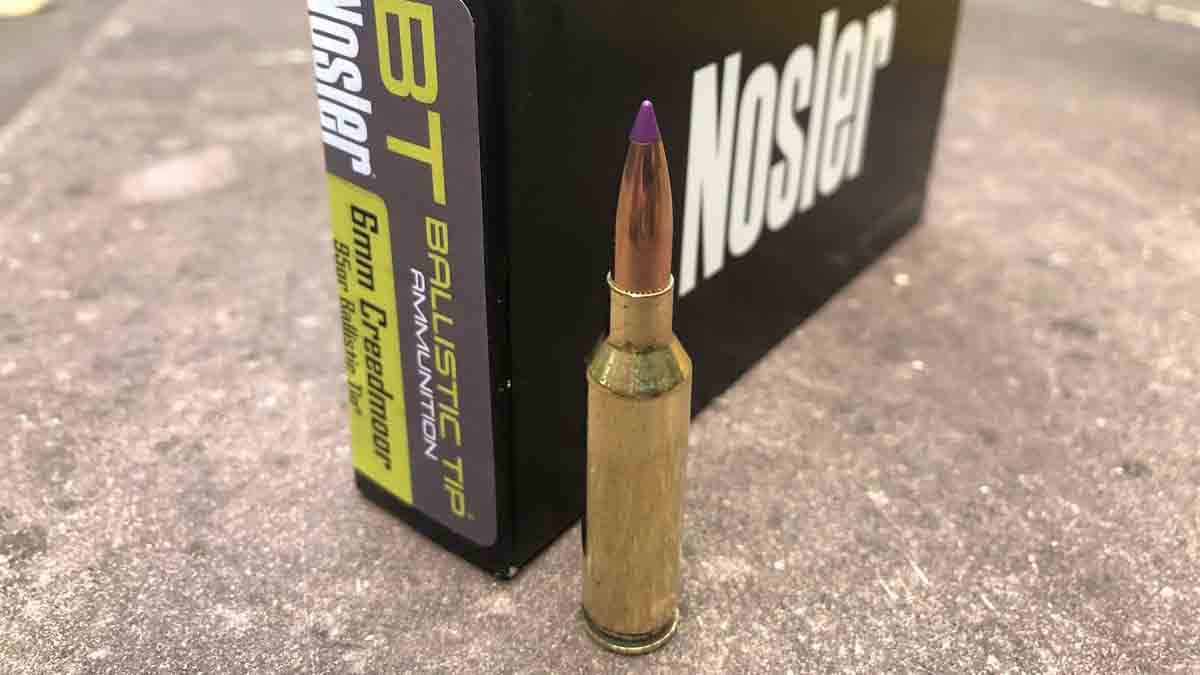 Nosler’s BT (Ballistic Tip) ammunition is marketed as “Made for Whitetail” and indeed that should be the target with these rounds. The 15 different calibers are sure to put venison in the freezer this season. (Photo: Kristin Alberts/Guns.com)

Norma may not be as popular on the American hunting market as some of the other brands listed here, but with more rounds like this, that underrated factor won’t last. The new BondStrike line of extreme long-range ammunition is geared toward medium-sized game like deer and hogs. The blue polymer tip is mated to a match-style boat tail bullet. The only downside to the new BondStrike is that it’s currently only available in .30 caliber options: .308 Win, .30-06 Spfld, .300 Win Mag, .300 RUM, and .300 WSM. The company has more calibers slated for upcoming release, including the much-awaited 6.5 Creedmoor. Those hunters who can’t find BondStrike may also be interested in the company’s TipStrike or EcoStrike, matched for rapid expansion and non-lead hunts, respectively.

GET ALL YOUR NORMA BONDSTRIKE AMMO HERE! 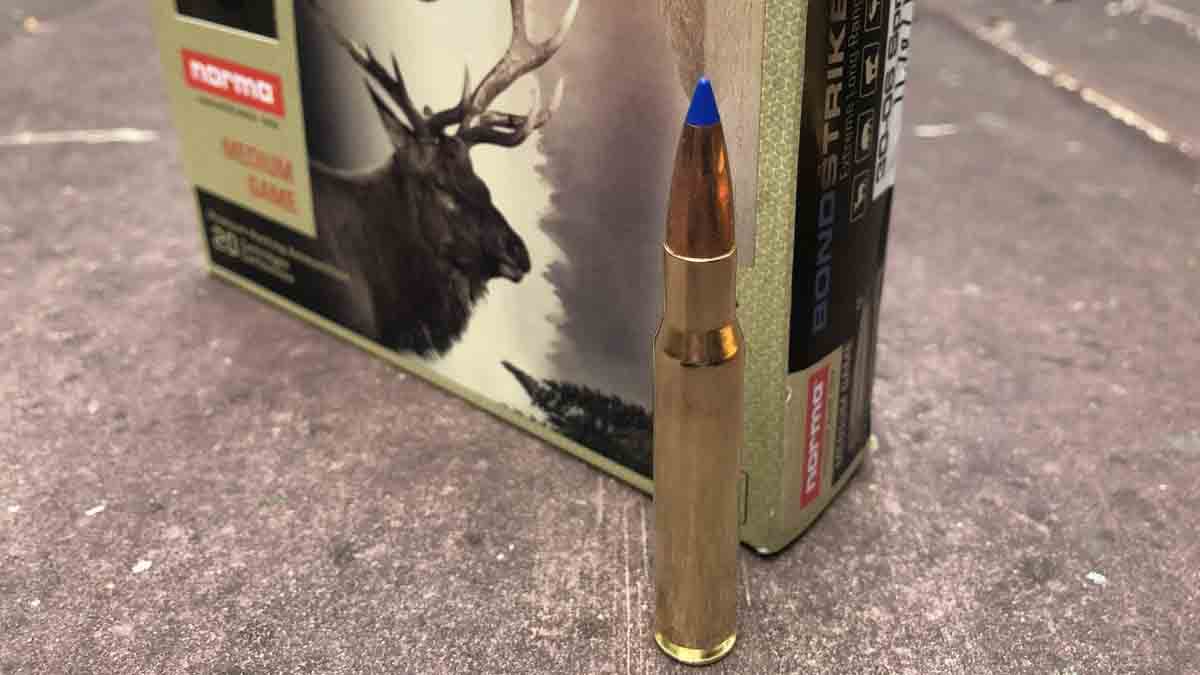 Norma may be underrated on the American hunting market, but their new BondStrike line of tipped hunting rounds will perform well on deer-sized game. (Photo: Kristin Alberts/Guns.com)

While it’s hard to argue against using Hornady’s premium Precision Hunter ammunition, many of those bullets are on the heavy side for White-tailed deer. Enter Hornady Outfitter. Hornady’s brand new line of Outfitter ammunition is loaded with GMX copper alloy bullets with a polymer tip. Built for controlled expansion on medium-to-large game with 95+% weight retention means they’ll work well on deer, and with some of the larger calibers, are quite serviceable for bigger game as well. The nickel-plated cases are, per the company, “waterproofed to ensure protection from moisture.” Outfitter already comes in a dozen chamberings, from .243 Win to .375 H&H and .375 Ruger, with several short mag options as well.

GET THAT OUTFITTER AMMO RIGHT HERE! 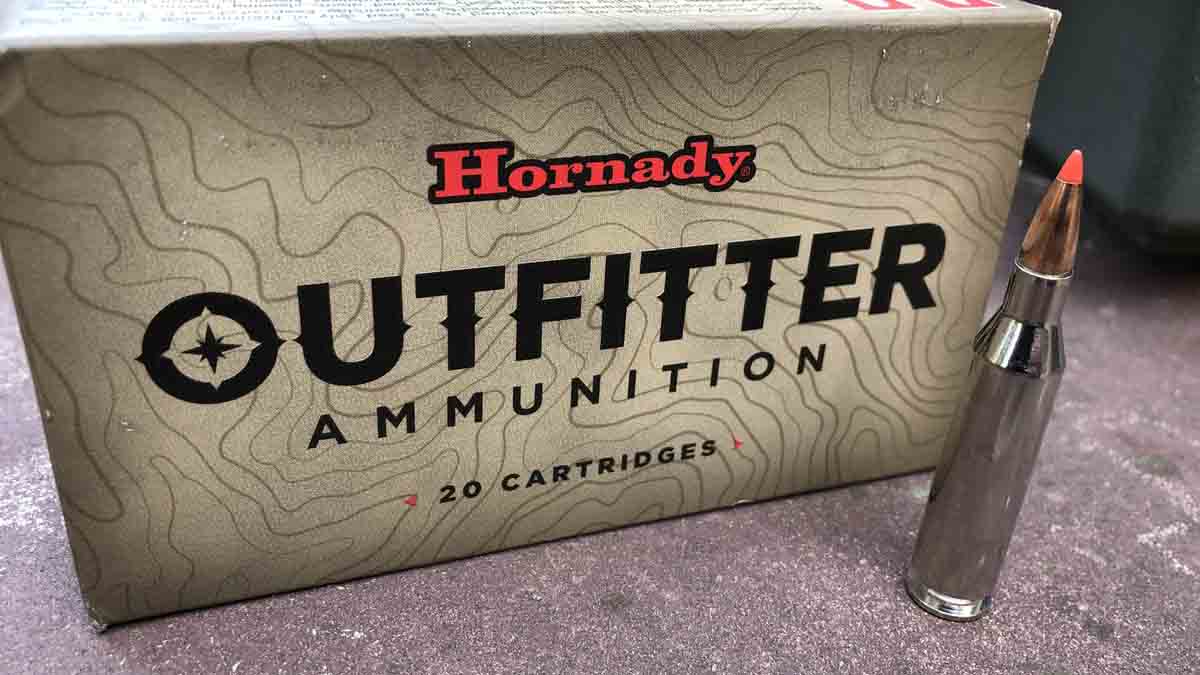 Besides the Hornady Outfitter hunters looking for non-lead ammo can also look to Federal Premium’s Trophy Copper offerings. Federal Premium truly outdoes themselves, offering Trophy Copper in 24 different chamberings, far more than any other on our list. The polymer-tipped, boat-tail bullets sit on nickel casings. Per the company, Trophy Copper is intended for “superior penetration and aggressive expansion.” In addition to all the expected calibers, they cover the bases for lovers of all the short magnums, as well as unsung whitetail takers like .25-06, 7mm-08, and .338 Federal. While they stock plenty of heavier calibers as well, the deer chamberings are aplenty. 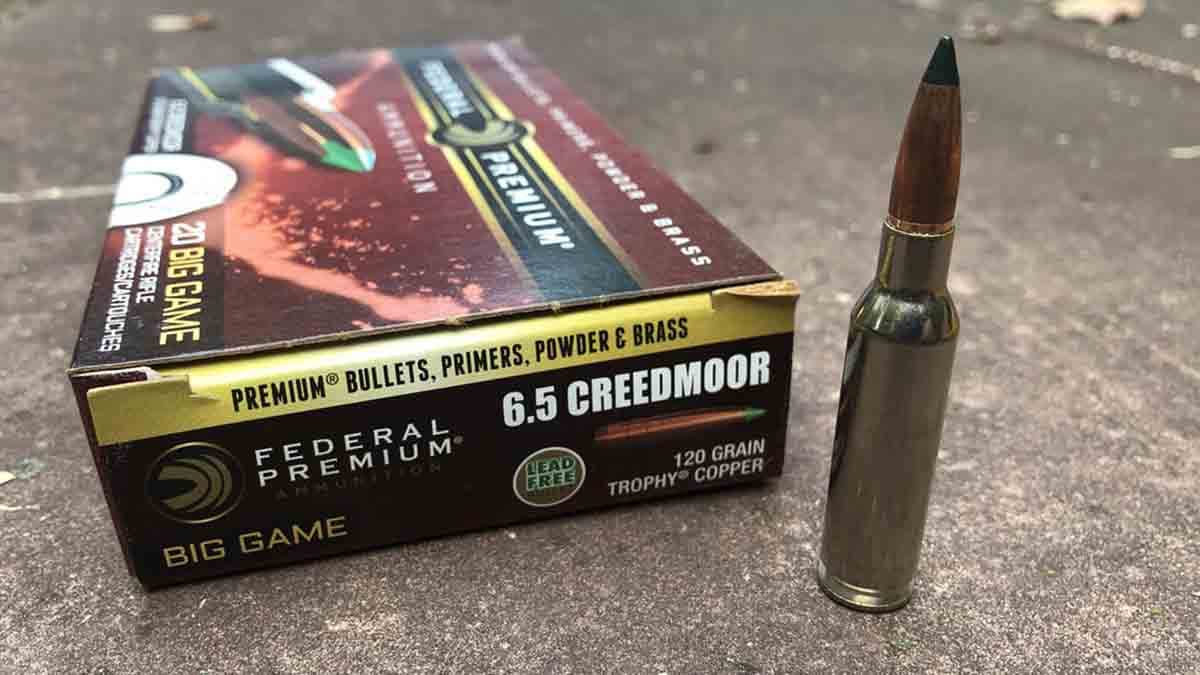 Federal Premium’s Trophy Copper is one of the best non-lead options for deer hunters and is available in more calibers than any of the others. (Photo: Kristin Alberts/Guns.com)

Sig Sauer may be fairly new to the hunting ammunition market, but they’re already making waves and pitching dreams of trophy animals. Designed for accuracy and performance at extended ranges, Sig’s new Elite Hunter Tipped ammunition is, per the company, loaded for “long-range accuracy with devastating on-target performance.” The blackened-jacket, yellow-tipped, boat-tail bullets sit in nickel-plated cases. These controlled-expansion tip bullets come in a dozen popular calibers from .223 up to .300 Win Mag, covering every deer hunter’s arsenal. Bullet weights are optimal for medium-sized game like deer, from the 130-grain .260’s to 165’s in .30-06 and 180’s in .300 Win Mag. The new Sig ammo has just started shipping and will be hitting local gun store racks and online listings shortly.

GET YOUR SIG HUNTING AMMO HERE! 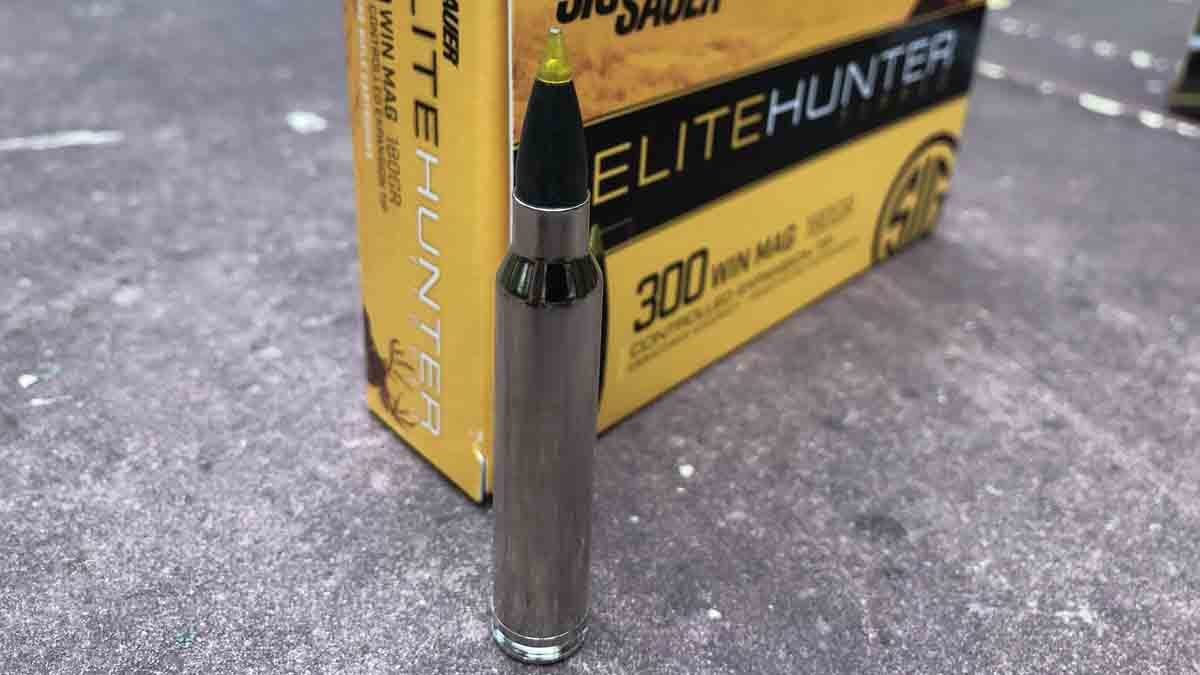 Choosing the correct ammunition for any particular game animal can be a difficult thing for some hunters, but this year more than any other, premium ammo manufacturers are taking out the guesswork. Every one of our tipped rounds is available in all the most popular deer hunting calibers. Hunters should give at least one, if not all of these, a shot in the deer woods.