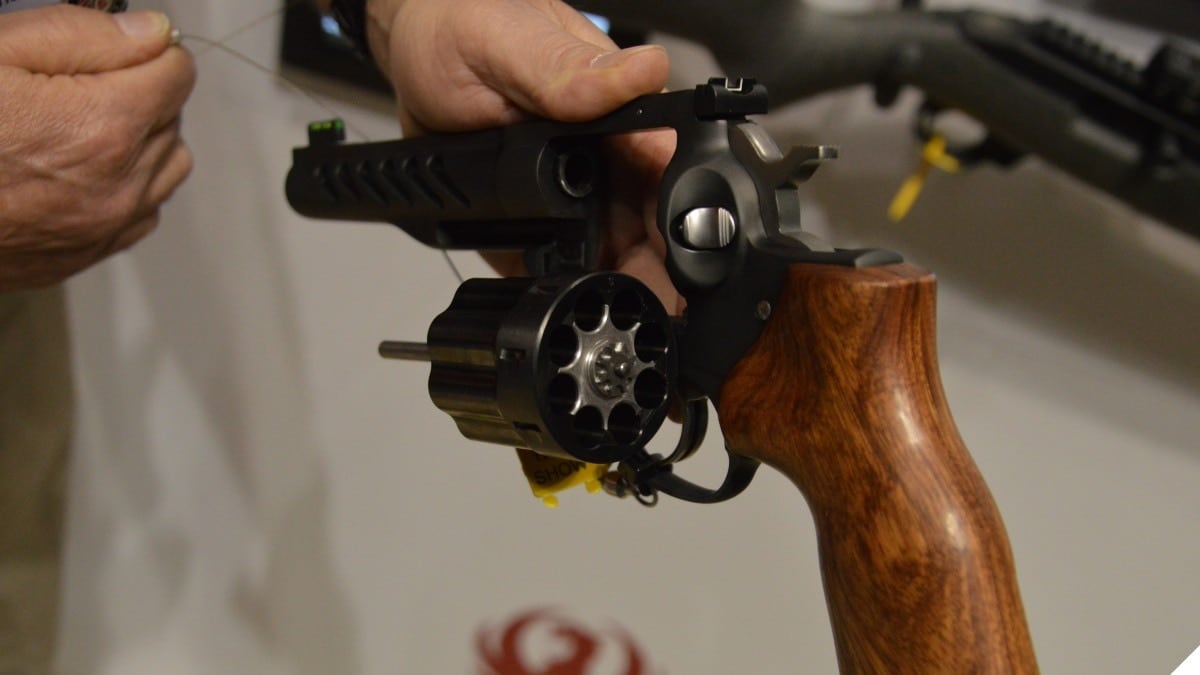 Gun companies have long held that there is little appetite for so-called “smart guns” on the consumer, military or law enforcement markets, and have continued to market reliable, traditional designs. (Photo: Chris Eger/Guns.com)

A group of House Democrats last week introduced a bill that would set aside Department of Justice funds to research so-called “smart guns.”

The aim of “The Advancing Gun Safety Technology Act” is to back “private-sector commercialization of gun-safety technology” through a $10 million pilot program in 2021 funded through DOJ. Companies who have an initial product design and a “demonstrable commitment to reducing unintentional or unauthorized shootings” would be eligible to apply for a grant through the program.

The bill is sponsored by U.S. Reps. Jackie Speier and Zoe Lofgren, both California Democrats with a history of backing gun control proposals, and is co-sponsored by a half-dozen other Dems from Florida, Massachusetts, Texas, and Washington D.C. A statement from Speier’s office said the bill, “would finally give innovators the financial boost they need to market technology that can save American lives.”

Smart guns, typically employing some sort of authorized-user technology like a fingerprint or passcode to unlock a firearm, are not a new concept. Perennially “ just a couple away” for over two decades, few attempts have made it to commercialization. One, the $1,200 German-made Armatix iP1, was introduced in 2014 but failed to make headway on the market. The .22LR pistol, which required an RFID-equipped wristwatch to be able to fire, could allegedly be hacked with a $15 magnet and jammed with radio waves.

This has left a bad taste in the collective mouths of gun owners who are reluctant to trust such unproven technology. A survey published in the American Journal of Preventive Medicine in June found that 70 percent of gun owners surveyed would have a concern about whether the tech would work when needed and only 5 percent would be very likely to buy such a firearm if it added significantly to the gun’s price.

Firearms industry trade groups have long had a position that they are not opposed to authorized user recognition technology being applied to a firearm or to the further development of smart guns– as long as it is not made a requirement by lawmakers. However, gun makers stress the market for such guns doesn’t exist. Earlier this year, a Ruger shareholder report said that customer feedback showed “very little interest” in smart guns while American Outdoor Brands Corporation, owners of Smith & Wesson, issued their own shareholder report that explained the company “does not believe that current authorized user or ‘smart gun’ technology is reliable, commercially viable, or has any signiﬁcant consumer demand.”

The National Shooting Sports Foundation points out that “Gun owners already store their firearms to prevent their access by those who should not have them. They follow safe handling and storage practices which are set forth in the owner’s manual provided with each firearm. They don’t see a panacea in smart gun technology, nor should proponents or policymakers.”

Filed as H.R. 4730, Speier’s measure has been referred to the House Committee on the Judiciary.