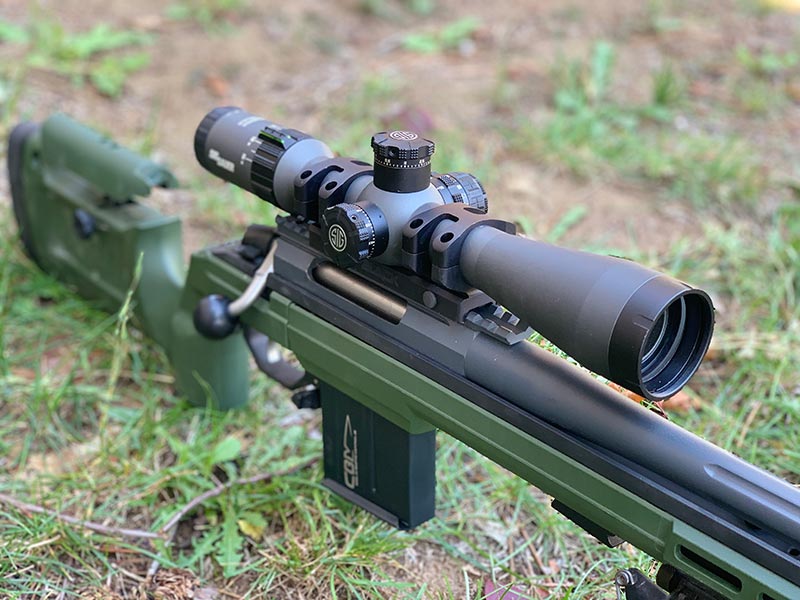 When a company like Sig Sauer jumps into the optics market, gun owners take notice – as they should. Geared towards precision, long-range shooters as well as hunters and tactical marksman, the gun maker turned gun and gear manufacturer looks to corner the market with the Tango line of optics.

Variety is the spice of life, so I got my hands on two scopes in Sig Sauer’s series – the Tango 4 and Tango 6 – to compare and contrast these sibling optics. 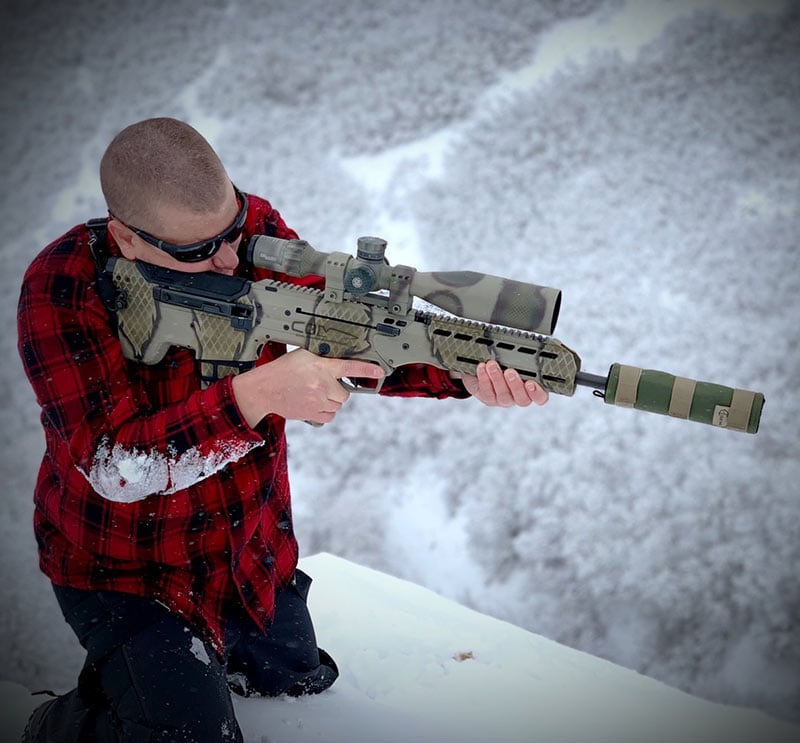 For starters, let’s looks at the features they share. All Tango series scopes feature Sig Sauer’s HDX coated lenses for optimal light transfer. Both scopes also opt for a waterproof profile, Lock-Down turrets and one free laser-etched turret that is matched to your custom load data and atmospheric conditions.

Both the T4 and T6 are Front Focal Plane (FFP) optics, meaning the reticle is placed after the magnifier inside the scope. This construction allows the reticle to grow and shrink with the magnification setting. I prefer this configuration as it makes reticle usage more uniform, regardless of the power ring setting.

Additionally, the scopes are available with the MRAD/MOA milling reticle, or the MRAD/MOA DEV-L reticle, for those that prefer one system over the other. The T4 and T6 also have the available MOTAC, or Motion Activated Illumination, that initiates when motion is detected and shuts off when motionless.

Where the T4 and T6 part ways in terms of differences largely come down to where shooters are ultimately going to focus their efforts. The T4 is a 4X scope while the T6 is a 6X; therefore, the T6 allows a wider choice of magnification from 5X all the way up to 30X. The T6 also boasts a larger diameter tube. Its 34MM tube allows the T6 a greater internal adjustment range with 12 MRAD (30 MOA) per revolution of the turret. The slightly smaller T4 has a 10 MRAD (25 MOA) of adjustment per revolution of the turret. The 4X magnification on the T4 also gives it a shorter magnification range of 4-14. Depending on your application these varying ranges of adjustment may ultimately make your choice for you.

In addition to the obvious magnification range, the T6 also features Sig’s Level-Plex anti-cant system — a digital system that uses internal sensors to tell you whether the scope is level or not. When engaged, by pushing the outer end of the parallax turret, there are two small illuminated arrows visible through the reticle. Simply adjust the cant of your rifle following the indicators until they go dark alerting you that the rifle is level. It is a simple and quick system. 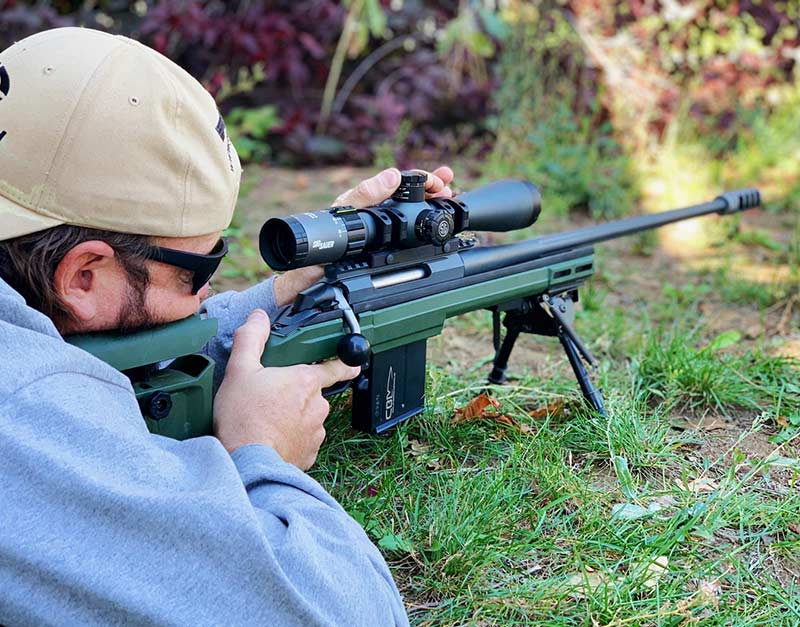 On paper, both scopes look solid but shooting the Tango 4 4-16X44 and Tango 6 5-30X56 made me like them even more. The overall clarity of both scopes was good while bright images made target acquisition and spotting a piece of cake. Whether in the bright midday sun or the waning light of evening, I found the scopes presented more than a satisfactory image.

When shooting groups, I really appreciated the 30-power magnification of the T6 along with the DEV-L reticle which provided precise measurements for both corrections and wind holds. The simpler MRAD Milling reticle in the T4 was also very useful for those who might want a reticle that isn’t quite so busy. Though some rifle shooters strive for that higher magnification, I found the lower magnification of the T4 made it a great option for my hunting rifle as it is lighter, smaller, and easier to quickly bring on target.

The process of zeroing the scopes and setting the zero stop was simple, quick and effective. In no time, I had them zeroed, dialing them up and down for distant shots. The Level-Plex system on the T6 proved to be handy in the field with a simple push of a button to engage. I never had to take my eye off the target. The locking turrets are also a bonus to the Tango platform. Raising them unlocks the turret for smooth rotation and once set you can push them back down to lock them in place avoiding accidental adjustments.

Despite its solid design, I do have a couple of slight gripes with the turret which slides up and down. It seems to only be a problem when the turret is raised and not fully supported. To me, it feels as if could easily be broken if struck while in the up/unlocked position. In the locked or down position, it feels sturdy. The only other gripe I have is likely a simple defect that is easily repaired. The two fiber optic illuminators that indicate the setting on the power ring seemed to be poorly mounted on my T6. One of them came out and was lost. Not a huge ordeal but something worth noting. 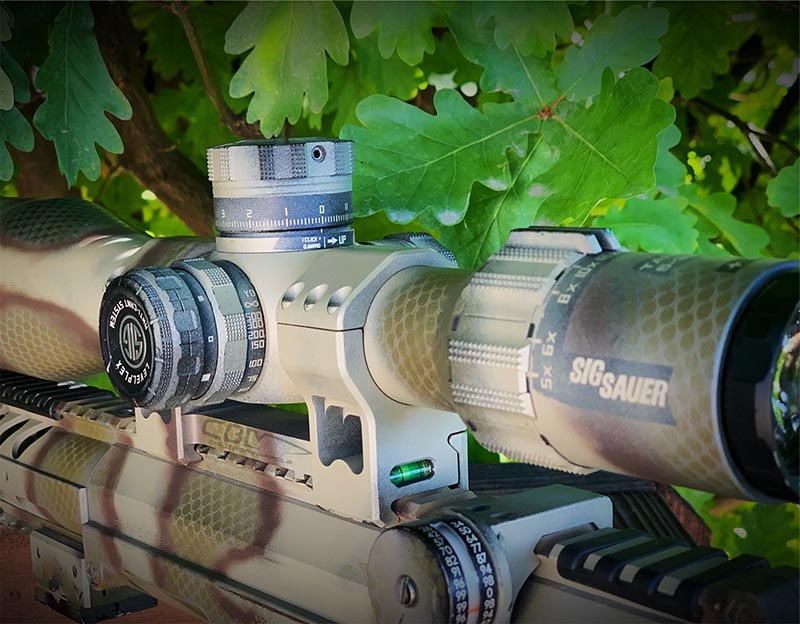 Bottom line: both Sig Sauer Tango optics are fantastic scopes. Sig Sauer Electro-Optics took great care in every little feature creating purpose-built rifles for serious gun owners. With an unlimited lifetime warranty, you can confidently put one of these scopes to work today.

The Tango 4 and 6 are available in two different price brackets, allowing consumers to choose the one that best fits within your budget. The T4 at its $719.99 MSRP is a great competitor for the sub $1,000 FFP Milling reticle scope market. I think it would compete very well against any scope in that group. The larger and much more expensive T6, starting at $2,999, would likely stack up against any scope in the $3,000 to $4,000 dollar range.
SIG SAUER TANGO 6 FROM $2,099

To check out these scopes or others, head over to Guns.com to see our full inventory of optics.