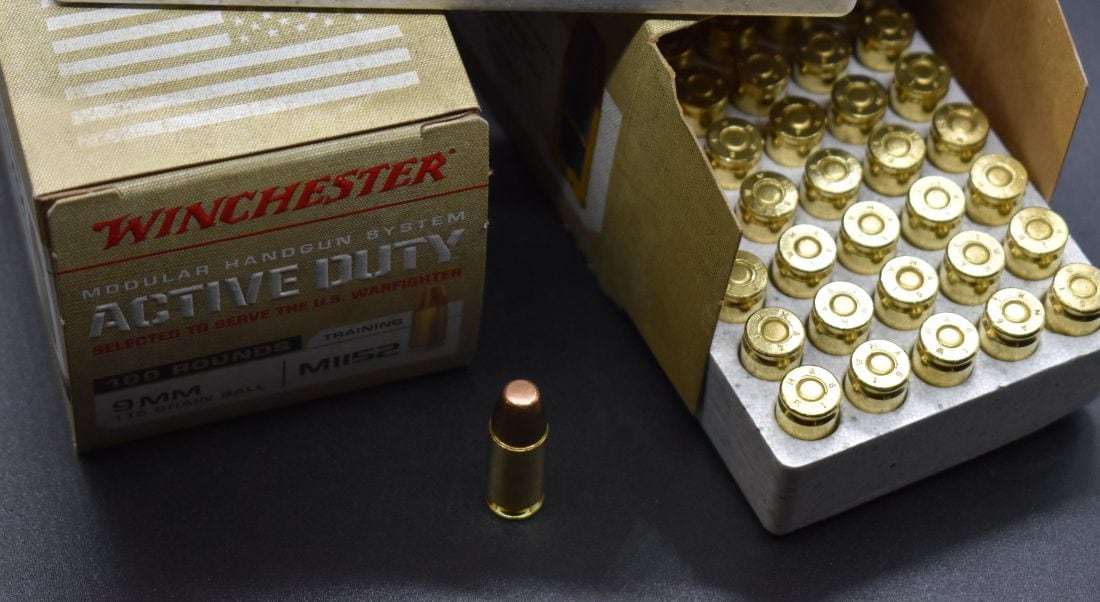 SHOP WINCHESTER AMMO OF ALL FLAVORS

Winchester was selected in 2016 as the ammunition supplier for the U.S. Army Modular Handgun System (MHS) program, where the M1152 serves. As the round was recently made available to the public, we had to check it out.

Using a 115-grain flat nose full metal jacketed bullet, the 9x19mm Luger round has a distinctive shape. With a brass case and military primer, it has an advertised velocity of 1,320 fps at the muzzle which translates to 445 ft/lbs of energy. Downrange this shifts to 1,301/432 at 5 yards and 132/387 at 25 yards, according to the tables provided by the company.

“Winchester proudly developed M1152 to serve alongside the U.S. Warfighter and was selected as the sole source ammunition supplier for the United States Army Modular Handgun System (MHS) Program,” Winchester said in a news release earlier this year. “Consumers can now use the same product selected by the US Military for their training needs.”

The company has long been in the 9mm biz for the U.S. military. Going back to 1942, the War Department adopted a 116-grain FMJ with a 1,400 fps velo as the “Cartridge, Ball, 9mm, M1” with Winchester picking up the contract to produce millions of these literal parabellum rounds for use in Allied pistols and SMGs such as the STEN gun and others during World War II. Further, Winchester for a generation has been a prime contractor of the military’s M882 9mm cartridge, adopted in 1985 for use with the M9 Beretta. 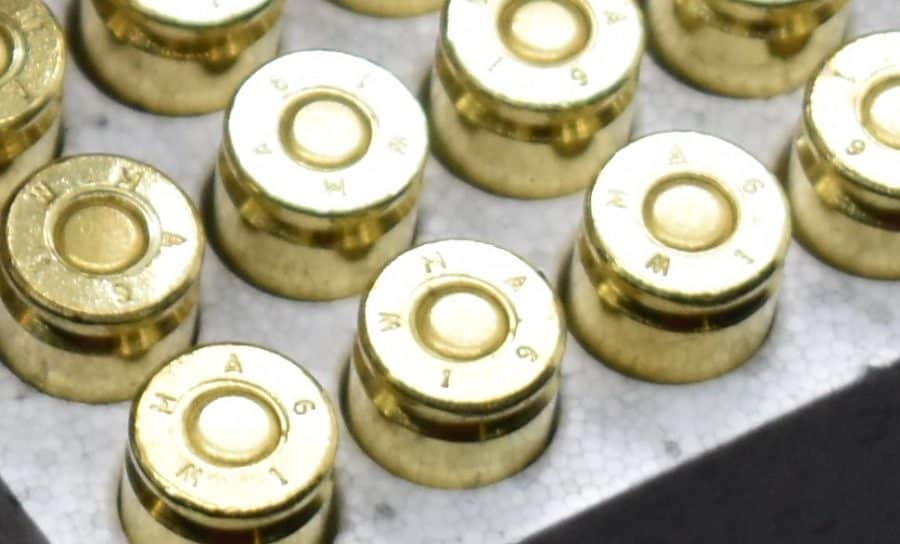 The M1152 ammo sent for testing has a “WMA 19” headstamp, which is typical for ammunition made at the company’s Oxford, Mississippi plant. Unlike the 124-grain NATO made by the company, it does not have the NATO “cross” stamp.

The current 124-grain Winchester NATO load runs usually about 100 fps or so faster than typical FMJ loads in the same weight. In chronographic testing, we found the M1152 Active Duty sample sent to us clocked in at a mean average of 1310, within 10 fps or so of the advertised range.

As the Pentagon is also buying the Winchester-produced companion M1153 9mm round in quantity– which uses a 147-grain jacketed-hollow-point bullet– for use in the MHS series of pistols, the M1152 is more of a training round– at least on the commercial market. The box is even marked as such. With that in mind, we did not run penetration or expansion ballistics testing on these flat nose full metal jacketed rounds. For personal defense, a load such as Winchester’s PDX1 Defender bonded JHP, which is available in both 147- and 124-grain would be a better choice.

Winchester advises to only use the M1152 in modern 9mm firearms in good condition as they run a pressure that is 10 to 15 percent higher than standard industry pressure for 9mm Luger.

In testing for reliability, we ran the M1152 through an array of pistols including a Sig P320, Sig P229, Beretta 92, Diamondback DB9 G4, Glock G19X, and S&W M&P M2.0. The number of jam sammiches observed across 290 rounds and six very different 9mm handguns= zero. Similarly, no squibs or hangfires were encountered, which is always a good thing. 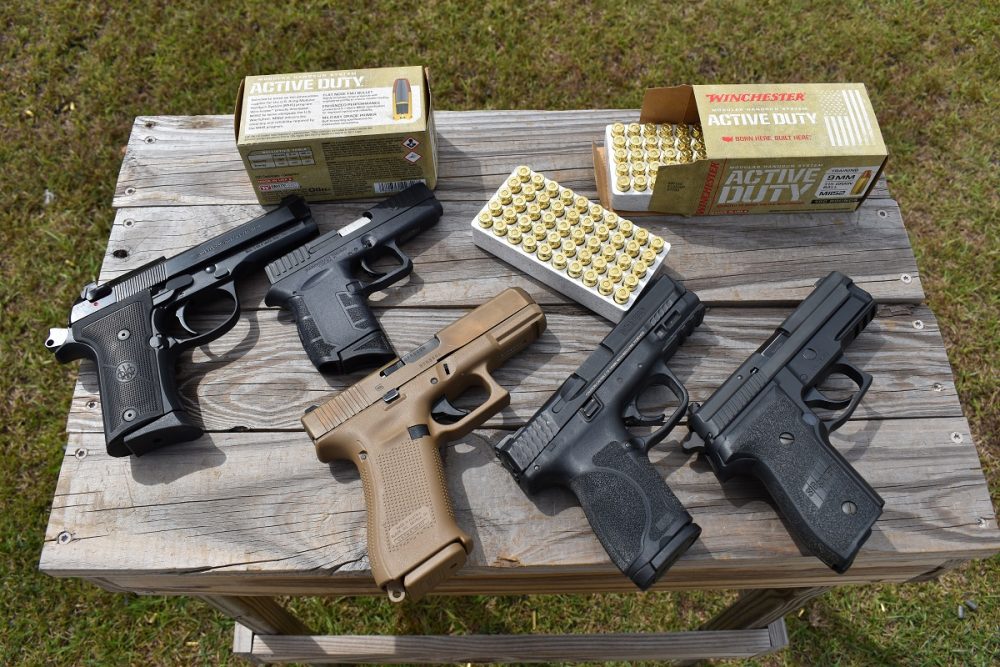 In something of a test for the military-grade primer, we submerged 10 rounds of M1152 in distilled water for 24-hours. Such a requirement is often seen in government contracts for testing duty rounds. The cartridges measured to spec after said dunking and showed no signs of swelling. All fired successfully from a fixture under controlled conditions with no issues to report. 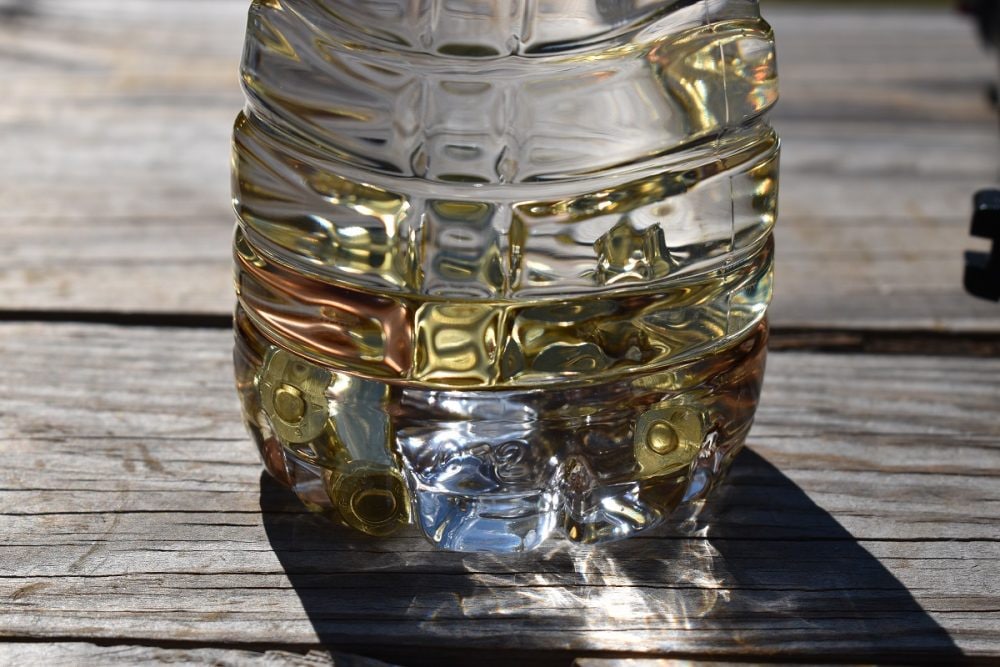 Don’t try this at home, kids

When it comes to practical accuracy, we consistently were able to eat out the center of a silhouette target at ranges to 25 yards, unsupported. 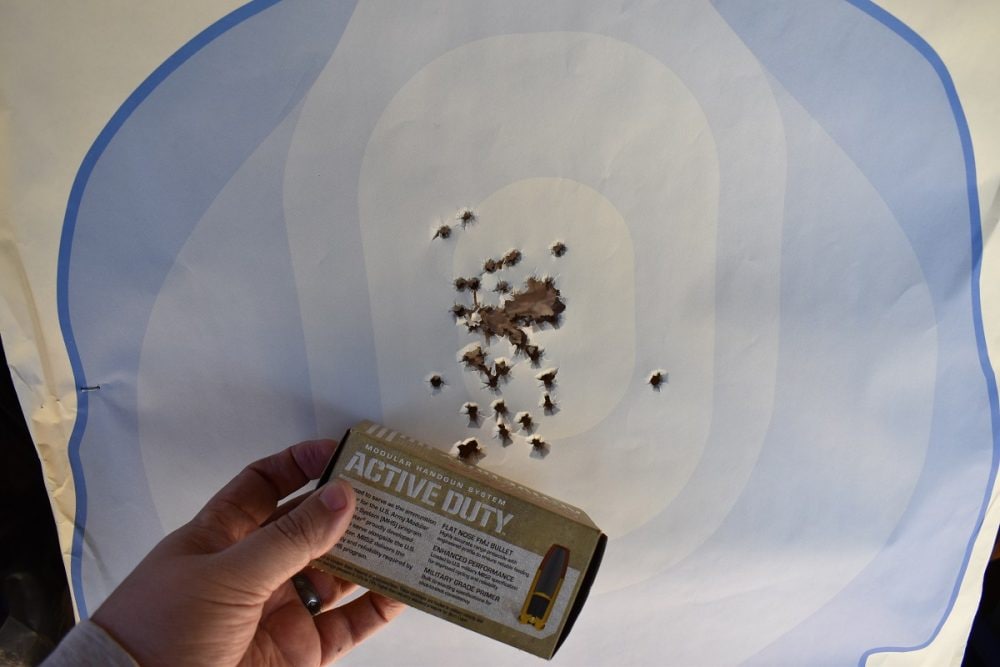 The current MSRP on the M1152 is $29.99 for a 100-round double-decker pack with a 500-round box on the way as well. It is not known if the company will sell the M1152 rounds to the public in 1,000-round green ammo cans like it currently does with the 124-grain NATO loads but hey, anything is possible. For a cheaper take on 9mm range ammo, Winchester also sells a 115-grain Service Grade in a plain brown box for around $10 bucks.

SHOP WINCHESTER AMMO OF ALL FLAVORS