Which Would You Prefer: The PKM or UKM Machine Gun?

If you had to pick between the PKM or UKM general-purpose machine gun, which one would you choose?

Former Marine, Andrew Bryant, who currently works as a range safety officer at Battlefield Vegas in Las Vegas, Nevada, has a lot of experience firing and working on both weapons at the range.

He compared the two side by side and told us which one he liked best. 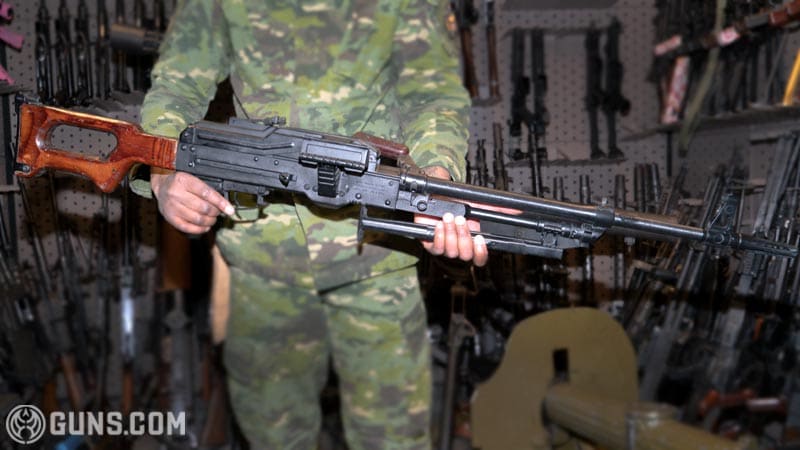 The PKM, or the “People Killing Machine” as Bryant jokingly refers to it, is a popular Russian general-purpose machine gun. It entered service in 1961 and in all seriousness actually stands for, Pulemyot Kalashnikova, Modernizirovannyy or “Machine Gun, Kalashnikov’s, Modified.” Variants are still produced and fielded around the world today.

It is a gas-operated, air-cooled weapon that fires the old-school Russian 7.62x54mm round from an open bolt. The rate of fire is between 600 and 750 rounds per minute. It is fed from a non-disintegrating metal belt unlike comparable Western GPMGs like the M60 and M240/FN MAG 58.

It is renowned for its reliability and is one of the most abundant belt-fed weapons in the world. What do you expect? Famous AK designer Mikhail Kalashnikov designed it. 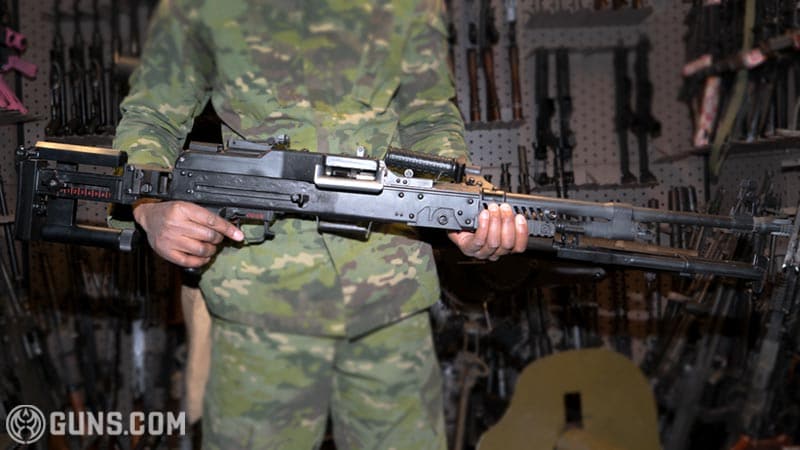 The UKM-2000 is the Polish general-purpose machine gun. When Poland joined NATO in 1999, it had to adopt NATO-standard arms and ammunition. They decided to base a new weapon on the proven PKM platform.

The UKM is a gas-operated, air-cooled weapon that fires the 7.62×51mm NATO round. It still fires from an open-bolt but is fed by a more modern disintegrating belt. The rate of fire was increased to 700 to 850 rounds per minute. It entered service in 2007.

If Bryant had to choose between the two, he’d go with the PKM. “It’s an awesome weapon system. It shoots great on automatic. It’s controllable. It’s accurate for the most part. It’s pretty much a smooth shooter,” he said.

Because of the higher rate of fire on the UKM, Bryant finds the weapon harder to control. “It has a lot more muzzle rise,” he said. “So, I feel like I have to shorten my bursts a little bit.”

Which weapon do you prefer and why? Let us know in the comments section below.

NEED A 75-ROUND DRUM MAG FOR YOUR AK?