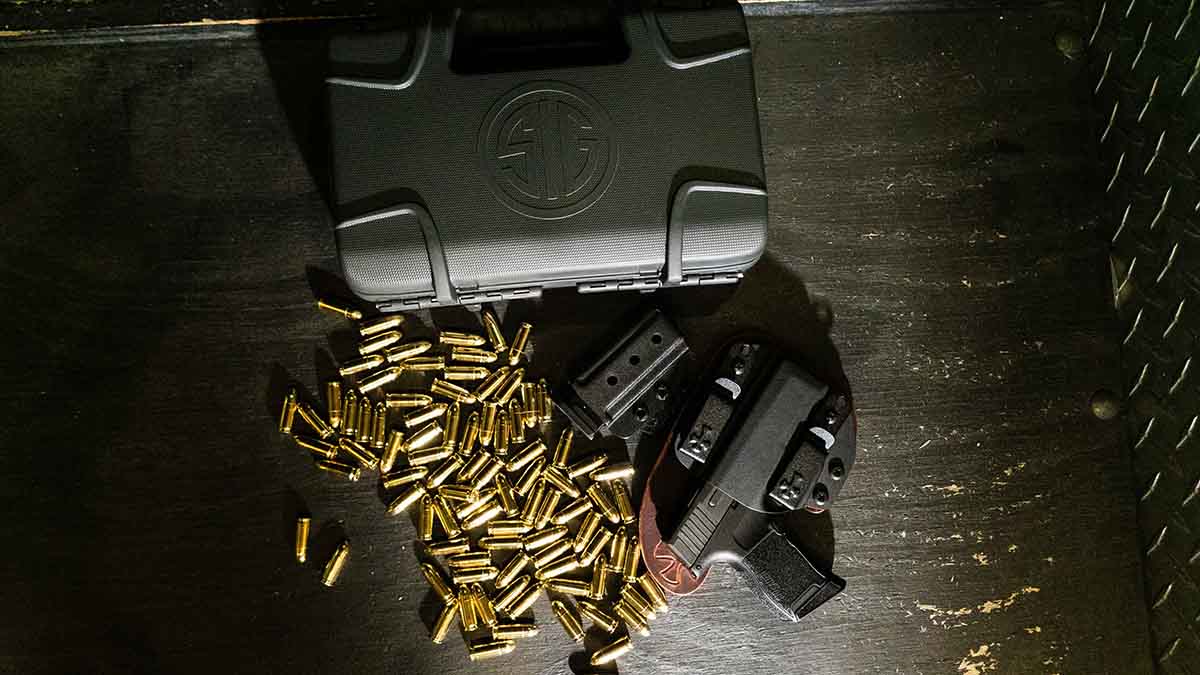 The SAS arrived at the range ready to do work, it finds a nice home with the CrossBreed Reckoning System  (Photo: Seth Rodgers/Guns.com)

When Sig announced the latest iteration to their P365 lineup, the 365 SAS, I was excited, to say the least. At first look, the Sig Anti Snag (SAS) model has many exciting features; the sights, the capacity, the concealability, and the sights… the sights! Yes, I was excited to try the new sights which ditched the traditional three-dot design found on nearly all modern striker-fired handguns. As someone with severe astigmatism I was curious if the Sig SAS’s sighting system could get me on target quicker.

Sights aside, the first feature that grabbed my attention was the lightening cuts in the slide. This feature aided in keeping the muzzle down, providing tighter follow up shots. The slide cuts also offer a nice look and while we’re talking aesthetics it’s worth noting the rounded build. Of course, this rounder front helps that snag-free design, allowing concealers to draw and reholster with ease. 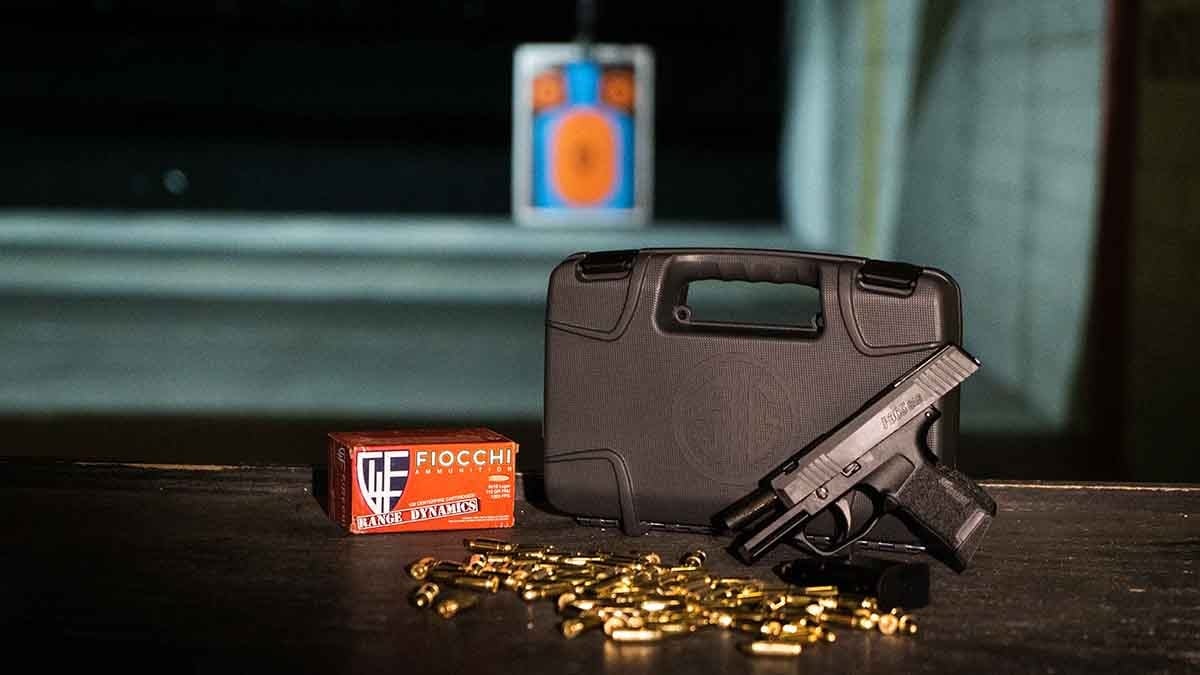 The SAS also boasts other changes setting it apart from its predecessors. Some of those revised features include a slimmed-down slide lock and a revamped takedown system. Admittedly, the slide lock is an area that caught most flack among consumers. To achieve a snag-free moniker, Sig Sauer has created a tiny slide lock recessed into the frame, so it lays flush. While, yes, snag-free the flush fit makes it nearly impossible to use — especially with the meaty sausage fingers I have.

The takedown lever is another sore spot among consumers, as Sig has removed the level entirely in favor of a screw. For most, this seems counterintuitive; but if you were worried about your original P365 snagging on the takedown lever, you can now rest easy knowing that potential problem has been eliminated. Unfortunately, this now means the new SAS requires a tool to take-down. 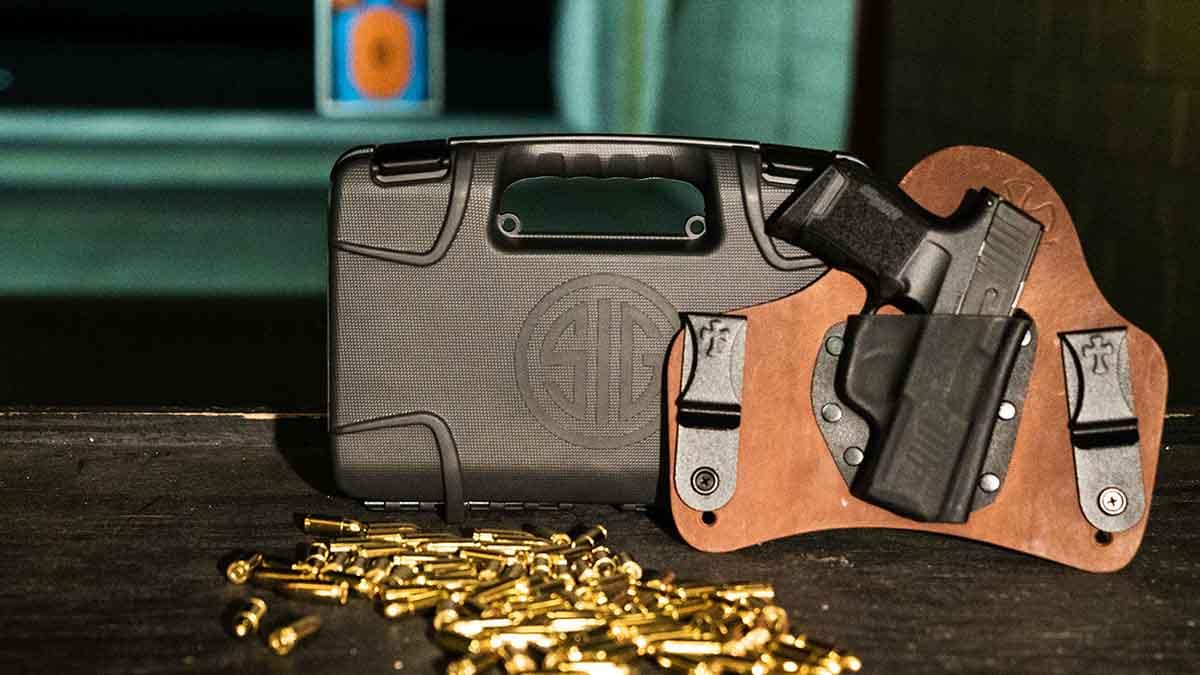 The SuperTuck holster proves to be comfortable and the 365 disappears under a garment (Photo: Seth Rodgers/Guns.com)

Besides these inconveniences, the gun delivers on “anti-snag” as promised. Running dry-fire holster drills has been effortless, with the gun coming out of the holster with no qualms. Additionally, the gun’s compact design paired with the Crossbreed Reckoning System means the gun disappears under a cover garment.

Initial Thoughts from the Range

Eager to start putting lead downrange I loaded my Sig mags with Fiocchi Range Dynamics. Like the original P365 mags, these first few proved tougher to load with fresh springs. Over time, though, they should ease up.

Shooting the gun proved easy and comfortable. Despite its small stature, it never jumped out of my hands – a positive that not all pocket pistols can tout. The trigger has some take up to work through, but ultimately it breaks cleanly. About a half-inch of travel rearward and you get a nice audible and felt reset. The SAS’ trigger won’t win any awards but for a carry gun, it gets the job done. 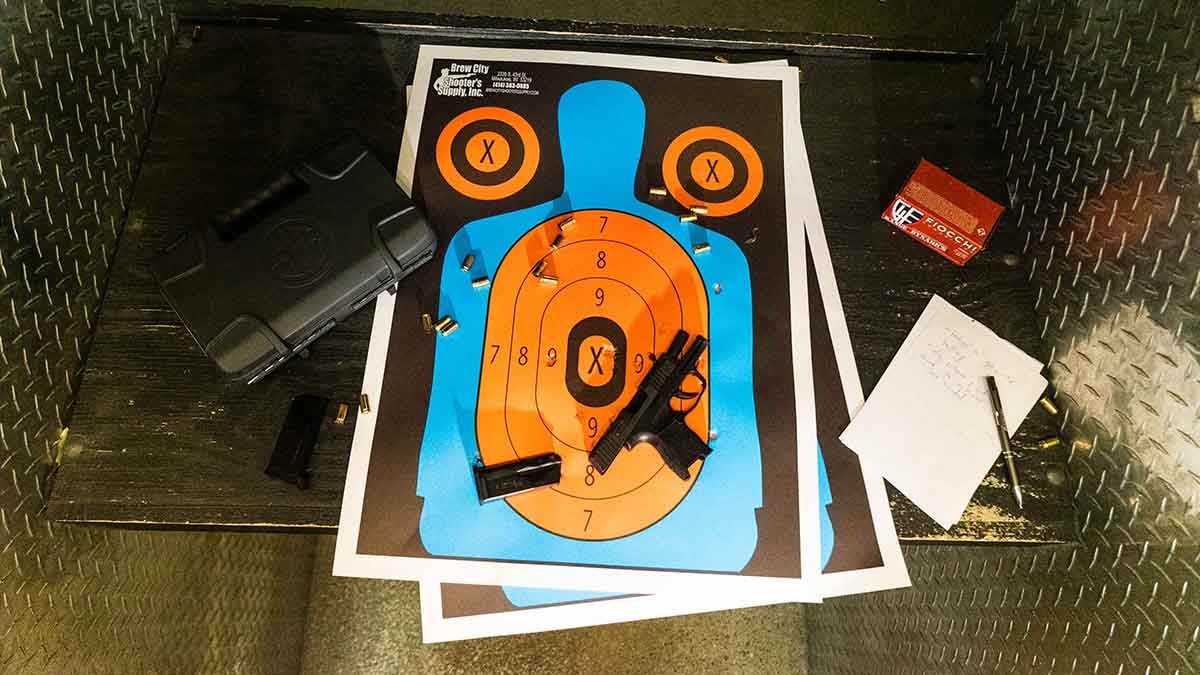 A good first round of lead down range with the 365 SAS (Seth Rodgers/Guns.com)

Finally, let’s talk about the FT Bullseye Sights. Besides the obvious cool factor, the real assessment centers around their functionality. Do they actually work? While I’ve only put 100-rounds down range, I can say that sight acquisition is quick and painless. These are possibly the easiest sights to pick up. If you have an astigmatism, as I do, then you may want to check out the SAS for this reason alone.

With no traditional front sight post, there is one less thing to snag on while the possibility of front sight fouling likewise vanishes. The innovative design of the FT Bullseye sight still allows the user to have fiber optics during the day and tritium in low light. (Photo: Sig)

While sight acquisition is effortless, target acquisition was a bit of a struggle. Unlike your traditional three-dot sights which ride above the barrel these sights feel like they are almost too close to the slide. It’s an adjustment, especially if you’re used to traditional sights on other models.

This, however, all points to training. More time on the range with the SAS to familiarize myself with its quirks will, no doubt, yield better shot placement over time.

The Sig P365 SAS is going to serve as my companion for a little longer as I carry it and put more rounds downrange. Will it become my dedicated EDC? Time will tell. In the meantime, it will ride safely in my Crossbreed holster.

Keep it tuned to Guns.com as I go on this carry journey with the P365 SAS and report back.