Are Affordable Collectible Guns Still out There?

With good deals on collectible guns seemingly dried up,  we look into what, if anything, is out there that is still obtainable for the average collector.

To get some insight into that, we spoke with our own Mark Sims, our senior firearms buyer who spends time crisscrossing the country to find gems in the raw in the above video. While the days of $39 Mosins, $99 SKS rifles and $250 Colt Pythons are long gone, there are still deals to be had if you know where to look.

Below is more detail into what is still around at prices that you won’t have to get a second mortgage to obtain.

With Civil War-era revolvers and Great War period handguns taking up the top shelf in many collections, increasingly the focus is turning to the pistols of World War II. In the 1950s, surplus Lugers and Nambus were sold via mail-order in shootable condition for as little as $49. Today, while Lugers are still out there, by all means, they start well north of $1K.

However, without having to spend Luger money, budding collectors can still bring home a wartime Walther P-38 for a good deal less. 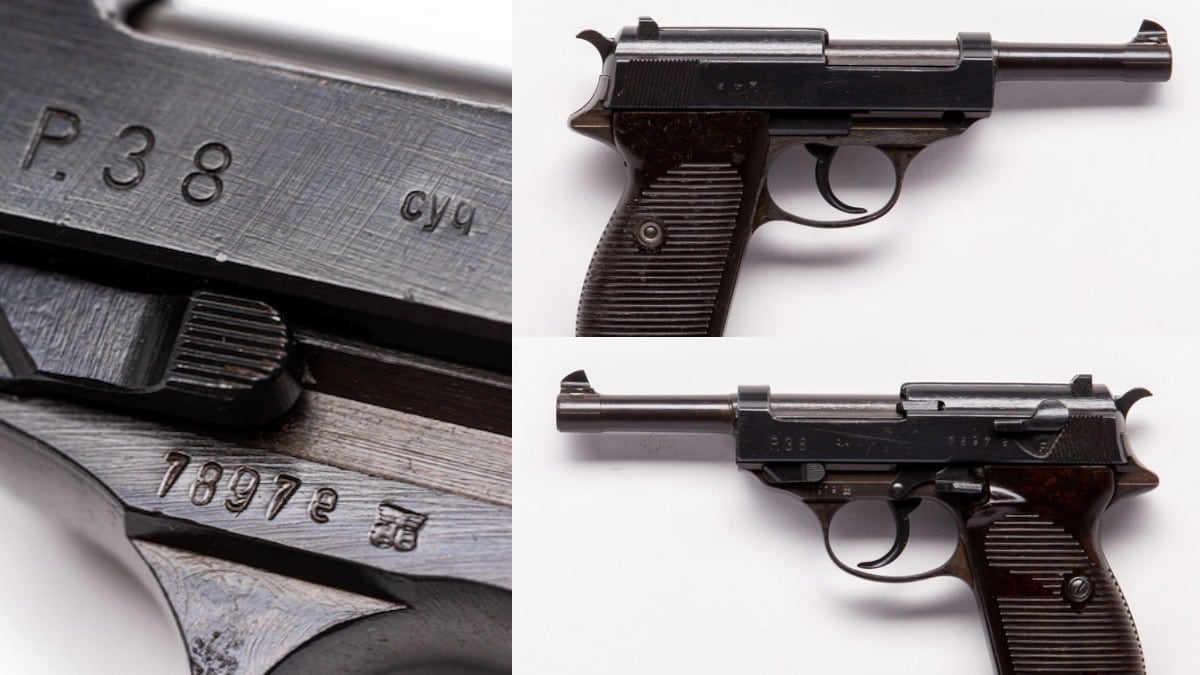 A staple of the World War II German Army, the P-38 was designed and produced by Walther but the 9mm pistol was also produced by Mauser and Spreewerk with the latter making P-38s at their facility in Grottau, Czechoslovakia under the “cyq” and “cvq” manufacturer’s code. This pistol’s “cyq” code, “WaA88” Waffenamt inspector’s marks and 7897e serial number puts its manufacture about July 1943. To put this into historical perspective, this is the same month that the Allied invasion of Sicily, codenamed Operation Husky, kicked off. The pistol also has distinctive 1W-marked Posselt grips, which were made of a combination of phenolic resin mixed with sawdust, correct for Spreewerk P38s made from 1943 to the end of the war.

Alternatively, guns pressed into service like the Astra 300, FN 1922 and CZ E7 39 can be had for much less. Although older designs, martial revolvers like the M1895 Nagant are still often priced below $500.

The days of barrels and crates full of Mausers, Enfields and Springfield 1903s taking up floorspace at your LGS have faded away alongside the likes of black & white television and conservative Democrats. However, don’t let that scare you off such guns even at today’s prices alongside the more humble Mosin M91 variants as there are still some exceedingly good models out there that haven’t met with bubba’s Dremel tool and rattle can. 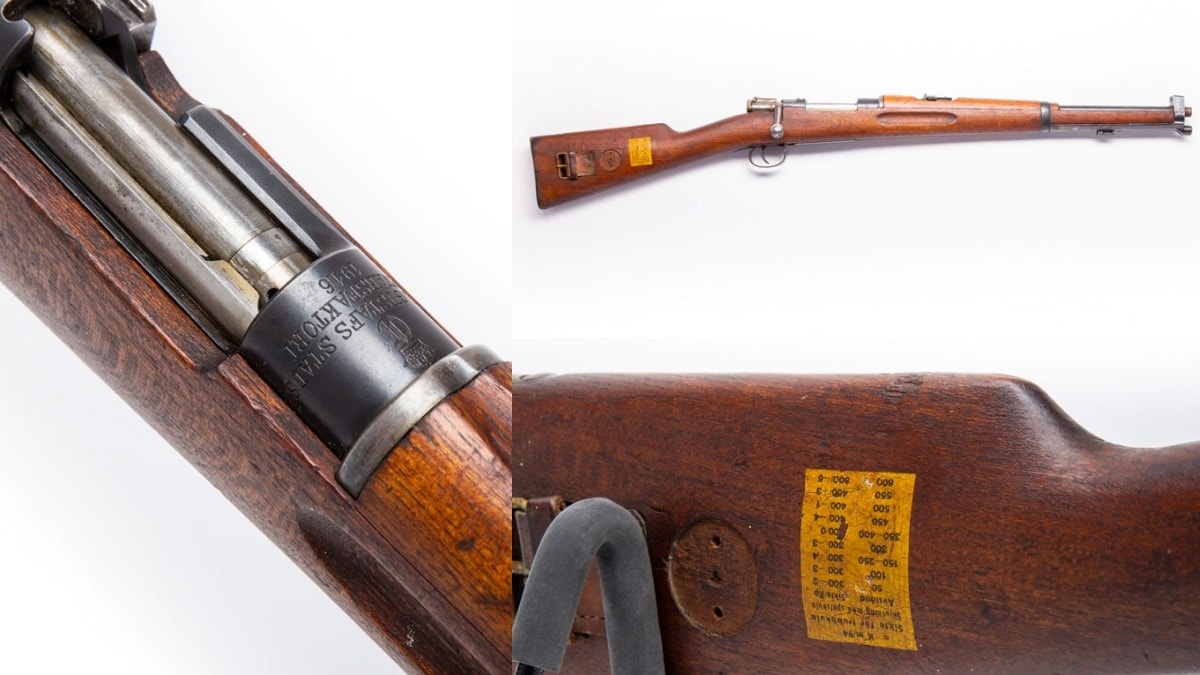 This Swedish K m/94 (Model 1894) carbine Cavalry Carbine made circa 1916 by Carl Gustaf GF, a company that is still making military products today. Only about 11,500 of these carbines were made by GF, with only the ones produced after 1914 having the bayonet lug. The brass information disk, which was used to store both ballistic information and unit rack numbers, is missing but a yellow “dope card” is pasted on the stock. Installed upside down, so the user can read it while in a shooting position, the card is titled “Sikte for trubbkula” (Swedish: Aim for the bullet) and has the holdover out to 600 meters listed in centimeters.

With prices on Colt Pythons and Single Action Army models reaching all-time highs, many collectors are seeking out vintage wheelguns from Misters Smith & Wesson for a comparative bargain.

Old Smith & Wesson wheelguns made in the classic mid-20th Century format with pinned-and-recessed barrels and cylinders as well as deep bluing are readily available for those who are seeking them out. However, as the supply of these old roscoes grows shorter than the crowd of eager shoppers haunting gun shops looking for them, prices have been rising. 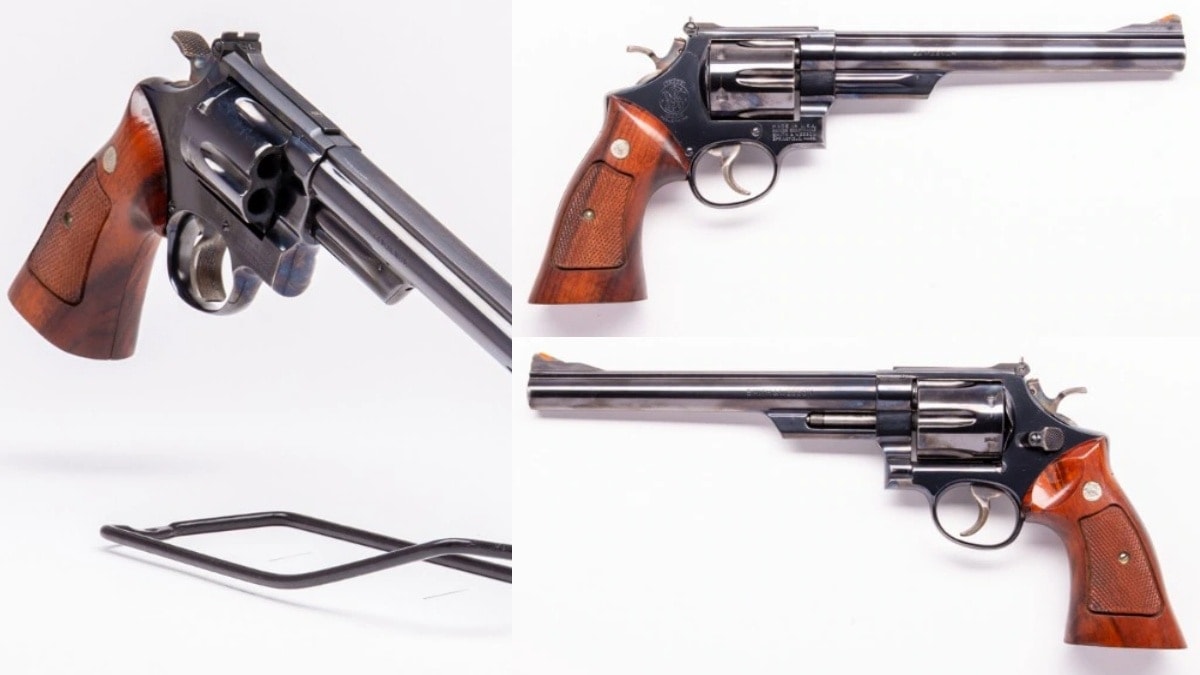 This great S&W 29-2 is a serious .44 Magnum that runs an 8-inch barrel at a fraction of the cost of a Colt Anaconda of the same vintage.

An often-overlooked area of gun collecting is in the first generation of firearms that incorporated polymer and synthetics in place of wood and steel along with futuristic styling to create what today are now classic designs. These “space-age” or “atomic” era guns were unlike any other firearm in the local sporting goods or hardware store at the time they hit the market and were often snapped up and given hard service.

This means that nice examples of guns like the supersonic-looking Whitney Wolverine, or polymer-stocked Remington Nylon 66 are sometimes hard to come by today– but when you do find those cherry examples, they are a solid bet for future collectibility. 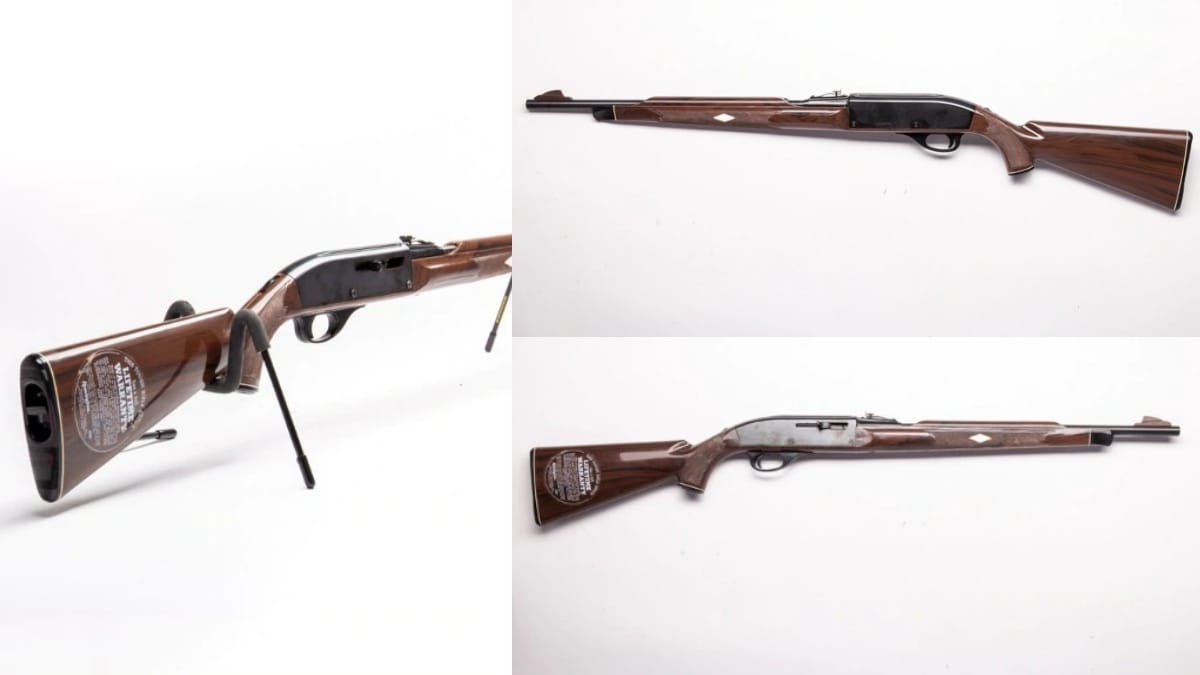 Produced largely with Dupont’s patented Zytel compound, the Remington Nylon 66 was first introduced in 1959 and, now discontinued for over 30 years, are increasingly popular with collectors. This one still has the factory box and display stickers

These guns and nearly a hundred other hand-picked specimens are showcased in our Collector’s Corner, a dedicated space where we gather the most curious, interesting and rarest firearms in the Guns.com Vault for those looking for something special.