Beretta A400 Xtreme Plus Ready for the Worst of Waterfowling

Beretta self-proclaims their A400 Xtreme Plus “the world’s softest shooting waterfowl shotgun.” While the jury remains out on measuring recoil in the duck blind, the one certainty is that the new iteration in the A400 lineup is purpose-built for waterfowlers and high-volume shooter’s alike.

GRAB THE BERETTA A400 XTREME PLUS FROM GUNS.COM

Hardcore hunters often dig heavy loads but with those rounds come considerable recoil. As gun companies work to tame the beast, Beretta improves upon an already well-appreciated recoil-minimizing setup. Our test A400 Xtreme Plus — already a softer-shooting semi-automatic platform — is made even more shoulder-friendly with the company’s Kick-Off recoil-reducing buttstock system as well as a soft rubberized comb. For those not familiar with the Kick-Off in its earlier iterations, the design sports a hydraulic shock absorber in the buttstock that eats up recoil from the bolt as it slams rearward each time the action cycles. 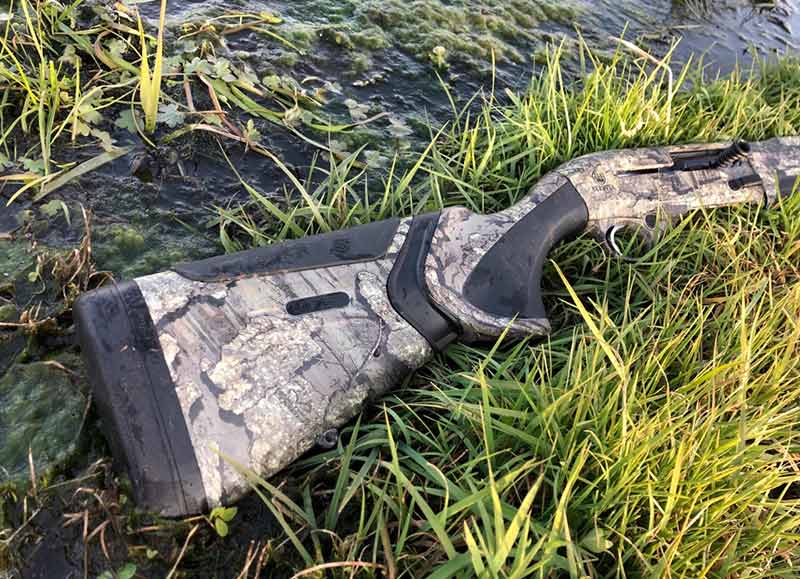 Also, the soft comb feels surprisingly nice on the face in wet, cold conditions, keeping the cheek firmly planted on the comb. At around 8-pounds when loaded the gun is on the hefty side. While this, no doubt, helps with recoil it still balances and swings exceptionally well.

Our test gun came in the Realtree Timber pattern, though multiple other camo patterns in addition to standard black synthetic options are available. MSRP sits at $1,900 on these autoloaders.

These 12-gauge autos accept up to the heaviest magnum 3.5-inch shells but will also cycle 2.75-inch and 3-inch rounds. The new Xtreme Plus ships with five Black Edition 20mm extended choke tubes in Full, Mod, Imp Mod, Imp Cyl and Cyl. Our gun has the 28-inch barrel, though both 26- and 30-inch lengths are already available. The barrels themselves are touted as some of the company’s finest, built with what Beretta calls Steelium Plus technology.

At 14-inches, the forcing cone is more than twice the usual length, with a gradual taper for better downrange patterns. The vent rib has both a metal mid bead and a red fiber optic front. Though the gun fits quite well out of the box, the company includes a set of shims for customizing both drop and cast. Rubberized and almost-padded grip areas at both the forearm and pistol grip offer plenty of hold on the gun in inclement weather. 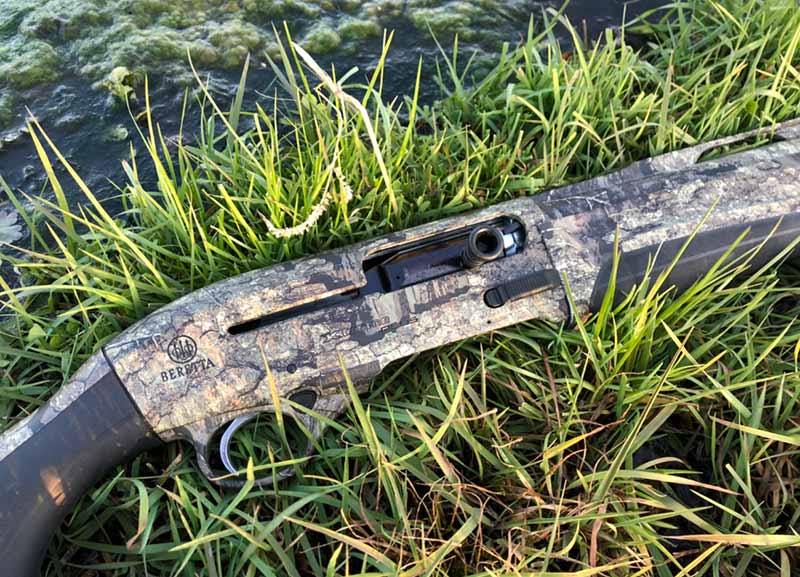 Other thoughtful features for hunters include the drilled and tapped receiver which can easily accept a Picatinny rail for easy optics mounting. The enlarged loading port is designed for easier access when loading with gloves as well as reducing the chance of thumb bite. The oversized charging handle and bolt release are also ideal for gloved, inclement weather hunters. The trade-off to oversized controls, though, is they made accidentally hitting the bolt release lever almost too easy. We encountered this problem several times in the field. 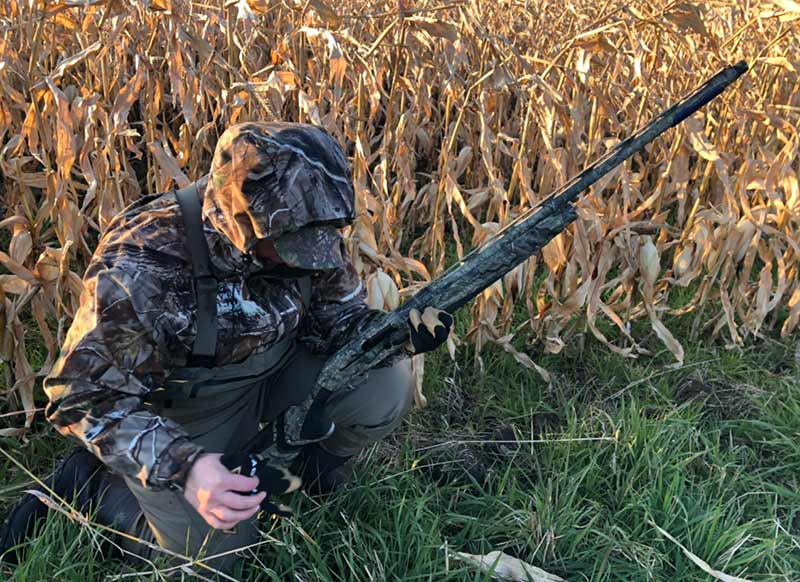 The Beretta A400 Xtreme Plus is purpose-built for waterfowlers with oversized controls throughout and multiple camo finish options. (Photo: Kristin Alberts/Guns.com)

A reversible safety is a nice addition, though it’s important to note the A400’s safety sits at the front of the trigger rather than in the more common rear position. This takes surprisingly little practice to operate naturally, even for those accustomed to the latter positions.

Firepower isn’t an issue with the X-Plus as the magazine tube holds four rounds, while an included plug reduces that to remain within legal local limits. The trigger is one of the best to find its way onto a shotgun, with our test gun breaking just a hair over 5-pounds on a Lyman digital pull gauge.

Blink and You’ll Miss It

High-volume shooters appreciate fast and friendly semi-autos and this one certainly fits the bill. The X-Plus makes use of a gas-operated autoloading system they call “Blink.” The design uses a rotating bolt head and upgraded gas valve system intended to make the gun cycle faster and cleaner than similar platforms. Though we’re no professional speed shooters, the scattergun does indeed cycle any size loads just as fast as the shooter can pull the trigger. 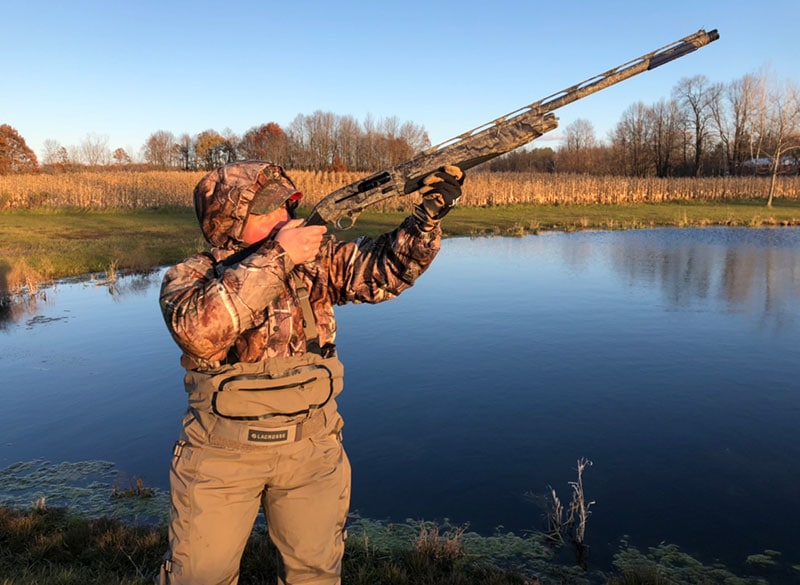 The fast cycling, lighter-recoiling Beretta Xtreme Plus has oversized controls for gloved hunters operating in inclement weather. The gun took everything we could throw at it—and submerge it in—without missing a beat. (Photo: Kristin Alberts/Guns.com)

The new Xtreme Plus is a dream for waterfowlers and high-volume clay shooters alike who desire a full-featured, light-recoiling autoloader capable of devouring any shell in its wheelhouse. We fed the gun everything from light handloads to the heaviest Winchester Xpert Snow Goose magnum rounds. It cycles anything and everything with neither adjustment nor concern.

When patterning the new X-Plus, shot groups were right on the money, demonstrating the quality of the included premium choke tubes as well as the capability of the scattergun. When patterning boards alone are not enough, dusting clay targets was even further proof. 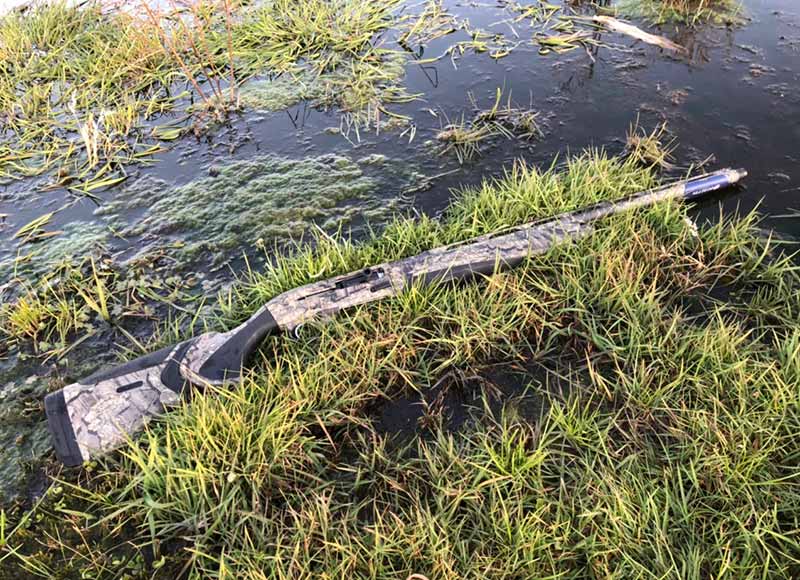 We opted for the 12-gauge with a 28-inch barrel and full Realtree Timber coverage, though multiple other options are available. (Photo: Kristin Alberts/Guns.com)

There isn’t much not to like on the new Xtreme Plus from Beretta. Submerged in water, shot in near-freezing temperatures and ran dirty – the Xtreme Plus did it all with no failures. Camo patterns are plenty and right on the money for multiple types of hunting, from snow to blade grass to marshes and darker terrain as well.

For serious hunters in the market for something new, Beretta’s new Xtreme Plus is worth a hard look.