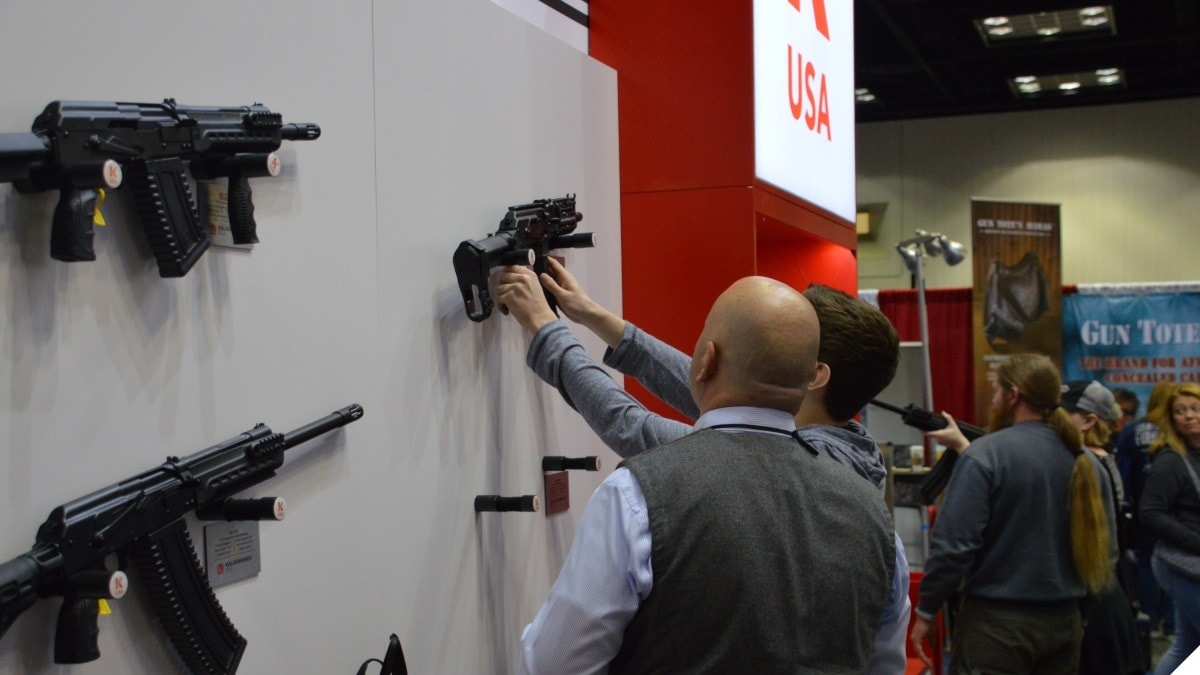 The firearms industry trade association on Wednesday released a report on gun numbers in the U.S. and black rifles are “in.”

The report, compiled by the National Shooting Sports Foundation from data provided by federal regulators, estimated 422 million firearms of all types were produced or imported for the consumer market between 1986 and last year. This included more than 7 million guns in both 2017 and 2018 alone. Another big take away: an estimated 17,740,000 Modern Sporting Rifles are in private hands today.

The MSR term is used for popular semi-auto rifles such as the AR-15 and others.

“These figures show the industry that America has a strong desire to continue to purchase firearms for lawful purposes,” said Joe Bartozzi, NSSF President in a statement. “The Modern Sporting Rifle continues to be the most popular centerfire rifle sold in America today and is clearly a commonly-owned firearm with more than 17 million in legal private ownership today.”

In other data from the report, an estimated 8.7 billion rounds of ammunition, of all calibers and gauges, were produced last year for the U.S. market. Further, handguns are the most common firearm produced for the past several years. For example, of the 7,660,772 firearms produced or imported in 2018, at least 4,277,971 were pistols and revolvers.

“The continued popularity of handguns demonstrates a strong interest by Americans to protect themselves and their homes, and to participate in the recreational shooting sports,” said Bartozzi.

GRAB A SEMI-AUTO RIFLE OF YOUR OWN

Why “Common Use” Matters

The debate over just how common ARs are has been a matter of legal contention at the federal level for several years.

In 2014, upholding Maryland’s strict new gun control laws, U.S. District Judge Catherine C. Blake ruled that AR-15 style rifles and others “fall outside Second Amendment protection as dangerous and unusual arms.” Blake went on to explain her reasoning that the then-estimated 8.2 million AR-15 and AK-47 based semi-automatic rifles known imported to or produced in the country between 1990 and 2012 represent “no more than three percent of the current civilian gun stock.” Even this, she maintained, was highly concentrated in an even smaller “one percent” of the U.S. population.

In 2016, Blake’s ruling was reversed by a three-judge panel of the 4th U.S. Circuit Court of Appeals who held that the same figure of guns, coupled with an estimated 75 million magazines “are so common that they are standard” with Chief Judge William Byrd Traxler, Jr. going on to say, “In sum, semi-automatic rifles and LCMs [large capacity magazines] are commonly used for lawful purposes, and therefore come within the coverage of the Second Amendment.”

Nonetheless, Traxler’s ruling was later overturned by a rare en banc panel of the entire 4th Circuit that stood behind the ban in a 10-4 ruling that the Supreme Court declined to review further.

The same year that Maryland’s ban was upheld, U.S. Sen. Dianne Feinstein, D-Calif., grilled then-Supreme Court nominee Neil Gorsuch on if AR-15s were in common use, or could be restricted as unusual, in line with the 2008 Heller case.

“Do you agree with that statement that under the Second Amendment weapons that are most useful in military service, M16 rifles and the like, may be banned?” she asked the nominee.

Gorsuch replied, saying, “Heller makes clear the standard that we judges are supposed to apply. The question is whether it’s a gun in common use for self-defense and that may be subject to reasonable regulation. That’s the test as I understand it. There’s lots of ongoing litigation about which weapons qualify under those standards and I can’t pre-judge that litigation.”