Used both in secret agent movies and by real-life black ops teams, the Gyrojet Rocket Pistol was ultra-cool but ultimately unsuccessful.

Invented about the same time as The Jetsons were a hit TV show, nuclear weapons researcher Bob Mainhardt and arms designer Art Biehl came together to form MB Associates (after their initials) to explore rocket projects. In addition to a reasonably popular handheld flare projector, they also looked to produce a series or rocket-firing weapons with an eye towards military contracts. 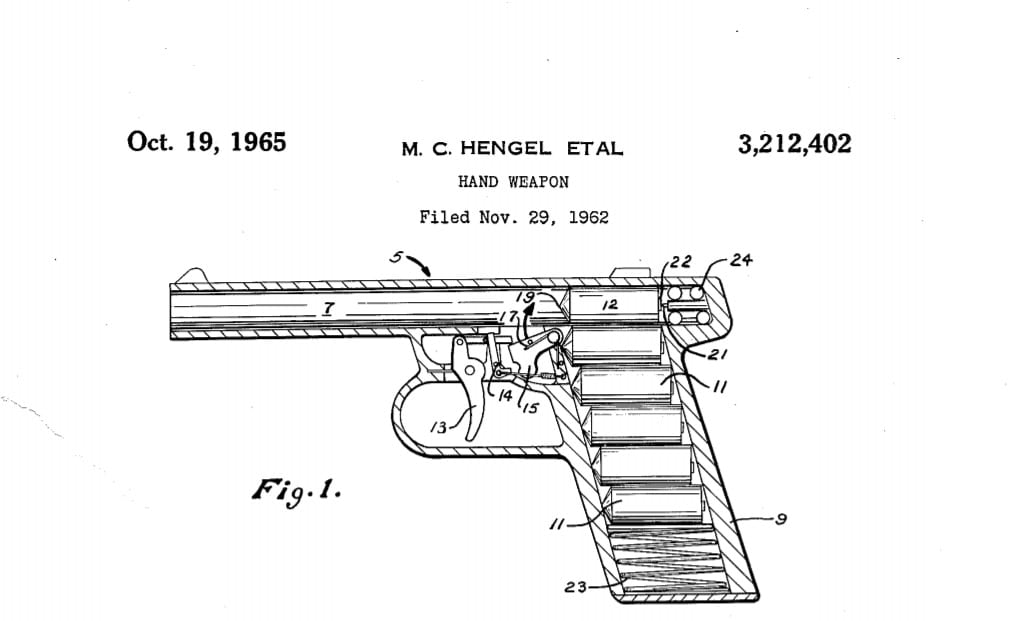 These guns– both pistols, and rifles– would be incredibly light (as low as 16-ounces), near recoilless, and powerful. In effect, they would be multi-shot rocket launchers that could be carried and fired by virtually anyone. 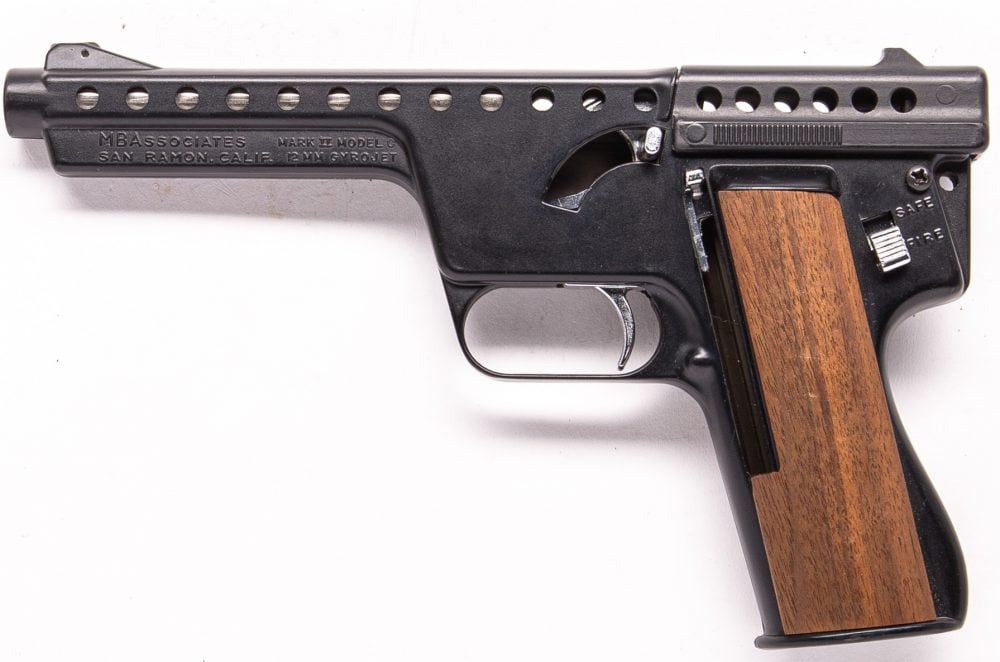 The gun itself was an inexpensive affair. It was made largely from zamak, a zinc alloy (think Hi-Point) with a very thin steel barrel. (Photo: Richard Taylor/Guns.com) 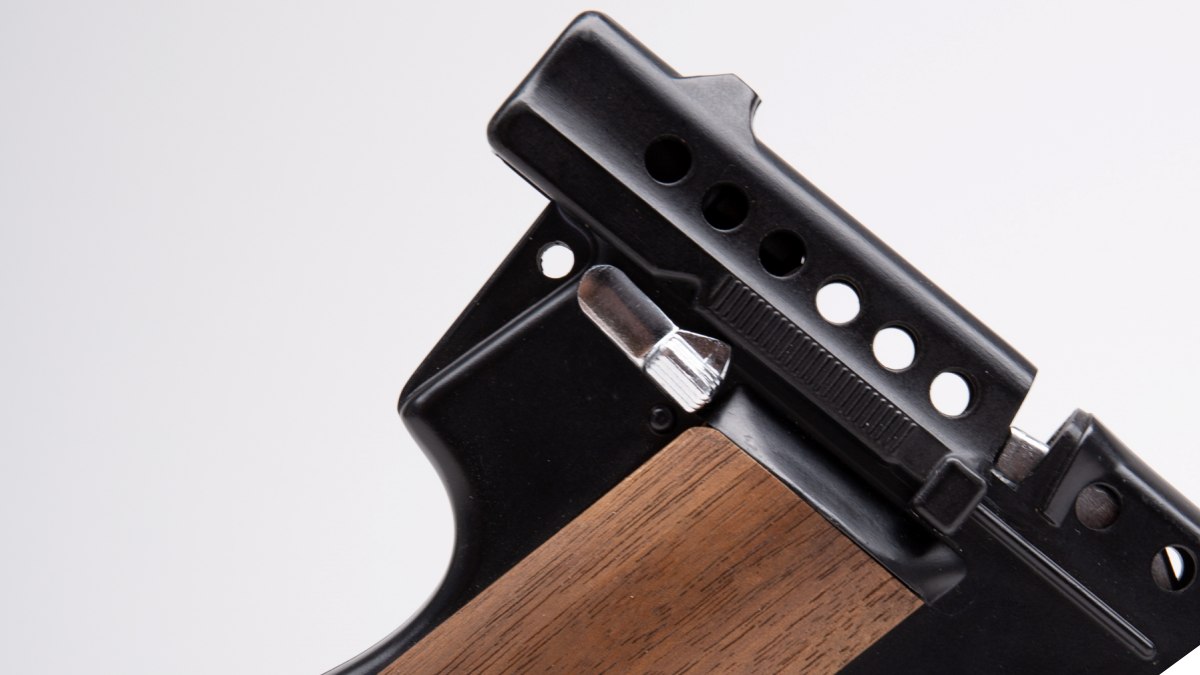 A fixed seven-shot magazine loaded through the top of the chamber like the old Broomhandle Mauser pistol. Since the entire rocket cartridge fired and left via the muzzle, there was no need to eject spent cases. In fact, the short rear slide was only used when you had to open the chamber to load/unload the pistol. (Photo: Richard Taylor/Guns.com) 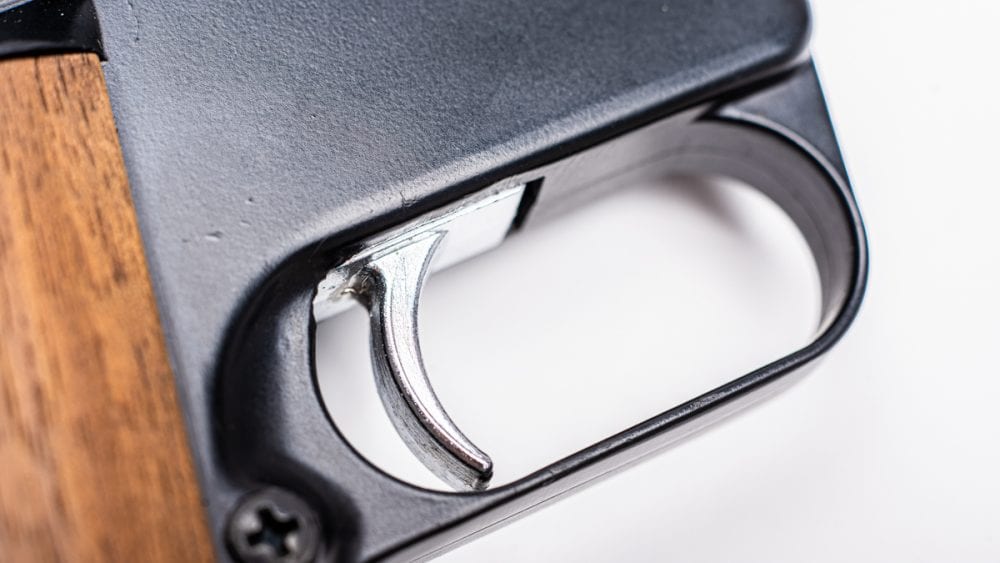 When the very stiff (15-pound) trigger was fired, a protective guard over the fixed firing pin dropped away and the cartridge was pushed back onto it, igniting the solid rocket fuel inside. (Photo: Richard Taylor/Guns.com)

Had the theory behind the MBA Gyrojet series been better proven, it would have likely changed firearm history. However, the end result was a rocket-firing small arm that looked like a flare gun, sounded like a starter pistol, and was almost as accurate.

In the end, while they appeared on screens big and small at the time– notably in the hands of “Tiger Tanaka” and assorted ninjas in 1967’s Bond film You Only Live Twice, they never gained widespread acceptance. Nonetheless, there is some evidence they were used to some extent by MAC-V-SOG personnel in Southeast Asia. 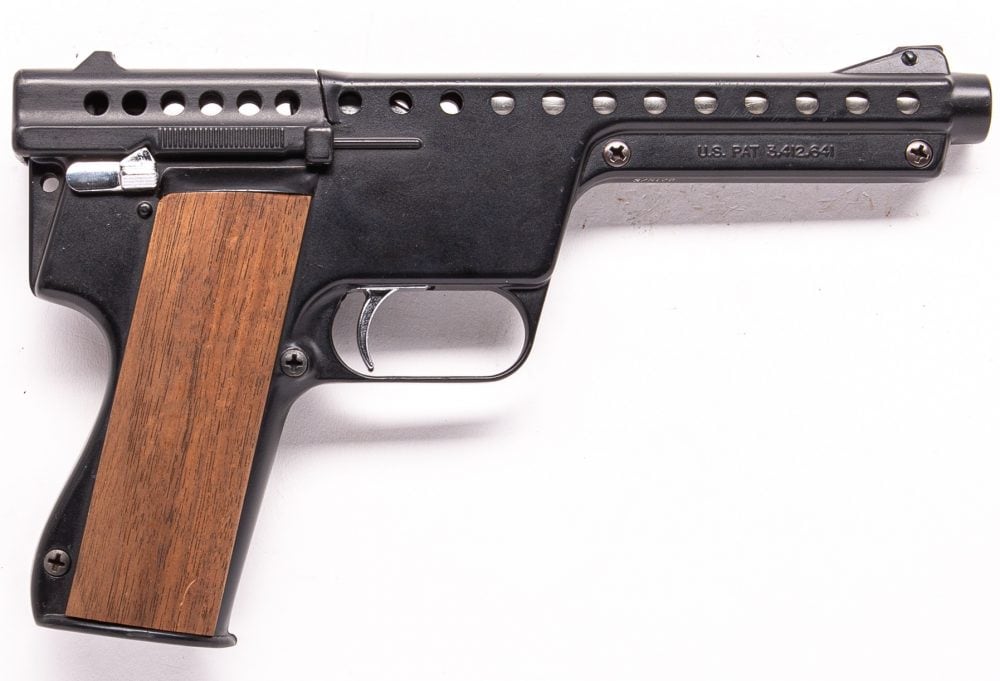 Produced for two years, this Gyrojet Mark II Semi-Automatic Rocket Pistol in the Guns.com Vault dates from October 1969-– near the end of the company’s existence. (Photo: Richard Taylor/Guns.com) 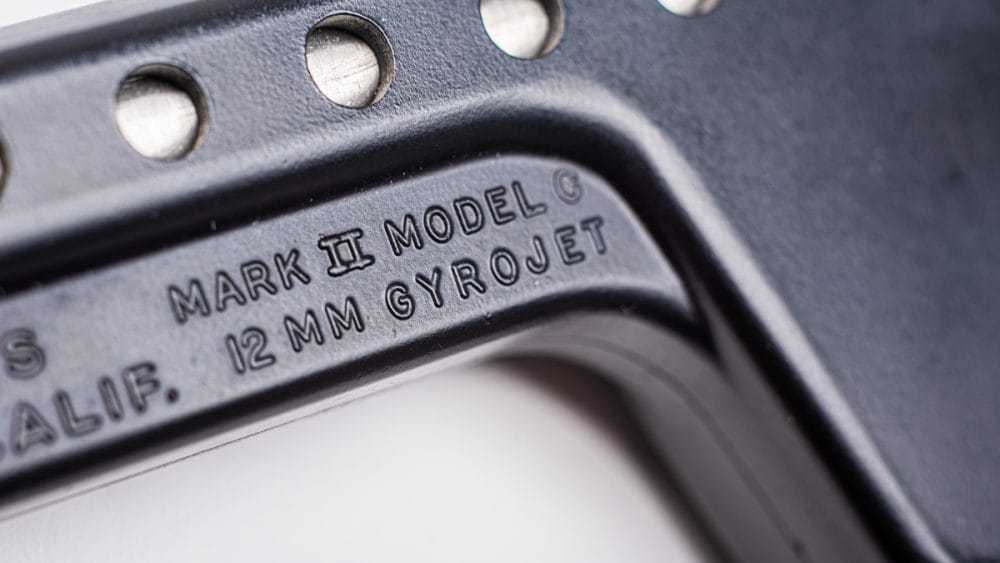 Manufactured by MBA Associates in San Ramon, California, the Mark II pistol uses the 12mm Rocketeer Automatic Rocket, a spin-stabilized projectile that has long been out of production. (Photo: Richard Taylor/Guns.com) 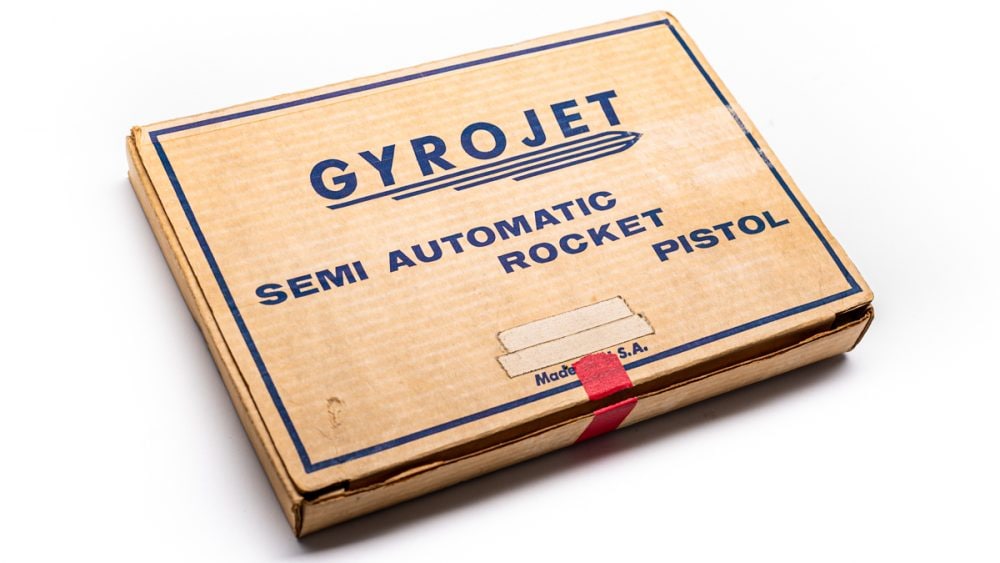 While we never got jetpacks or moon bases out of the 1960s, we do still have their rocket gun.

BLAST OFF WITH YOUR OWN GYROJET

If you like interesting and often rare guns like the Gyrojet, be sure to check out our Collector’s Corner or look through our entire catalog of more than 3,000 new and used guns of all sorts.