The Browning Hi-Power was a game-changer when introduced in the 1930s and it’s still a revered gun culture icon today– and for good reason.

Envisioned by firearms genius John Moses Browning in the early 1920s, as his most modern combat handgun, the Hi-Power was strong, simple, accurate and reliable while being easier to manufacture than many contemporary pistol designs. Single-action, like his vaunted Colt Model 1911, the improved short recoil Hi-Power used FN engineer Dieudonné Saive’s staggered magazine to produce a 13+1 round capacity in 9mm.

With the first patents on the Hi-Power applied for in 1923, Browning himself would pass away in his workshop in Belgium at age 71 in 1927– leaving Saive to finish the design. By 1935 it was ready for production and was adopted by the Belgian Army. 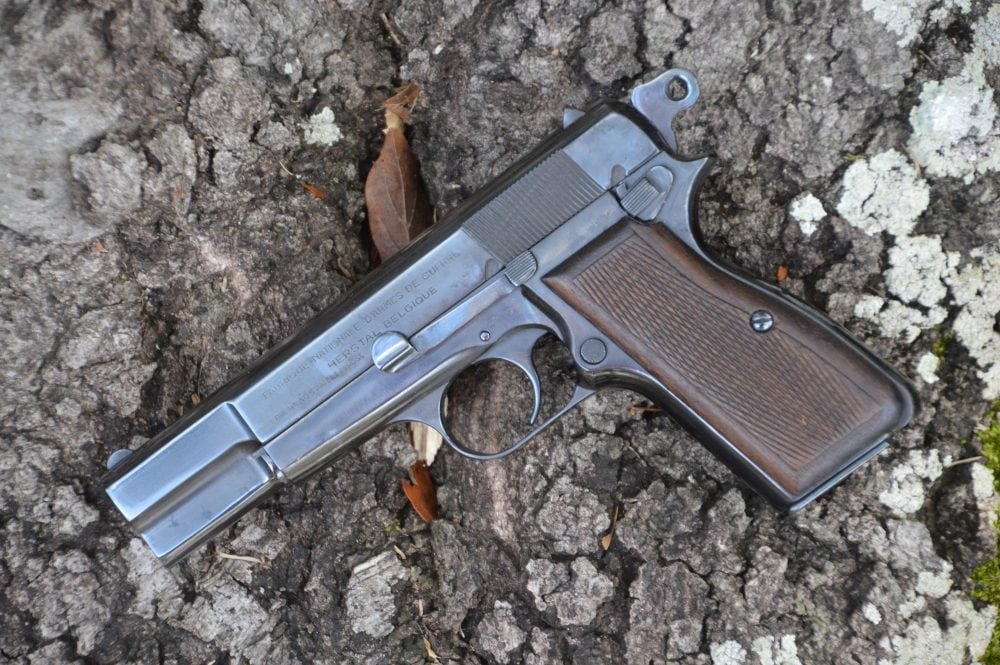 The Browning Hi-Power gets its name from the fact that it was originally submitted for a French military handgun contract for a “Grande Puissance” or high-power pistol. (Photo: Chris Eger/Guns.com)

During World War II, the Germans took over the FN factory in Belgium in 1940 and continued producing the Hi-Power for their own use while Saive, who managed to escape to the West, would help put the gun into production by Inglish in Canada for Allied use. As such the Hi-Power saw active front-line service on both sides of the conflict. 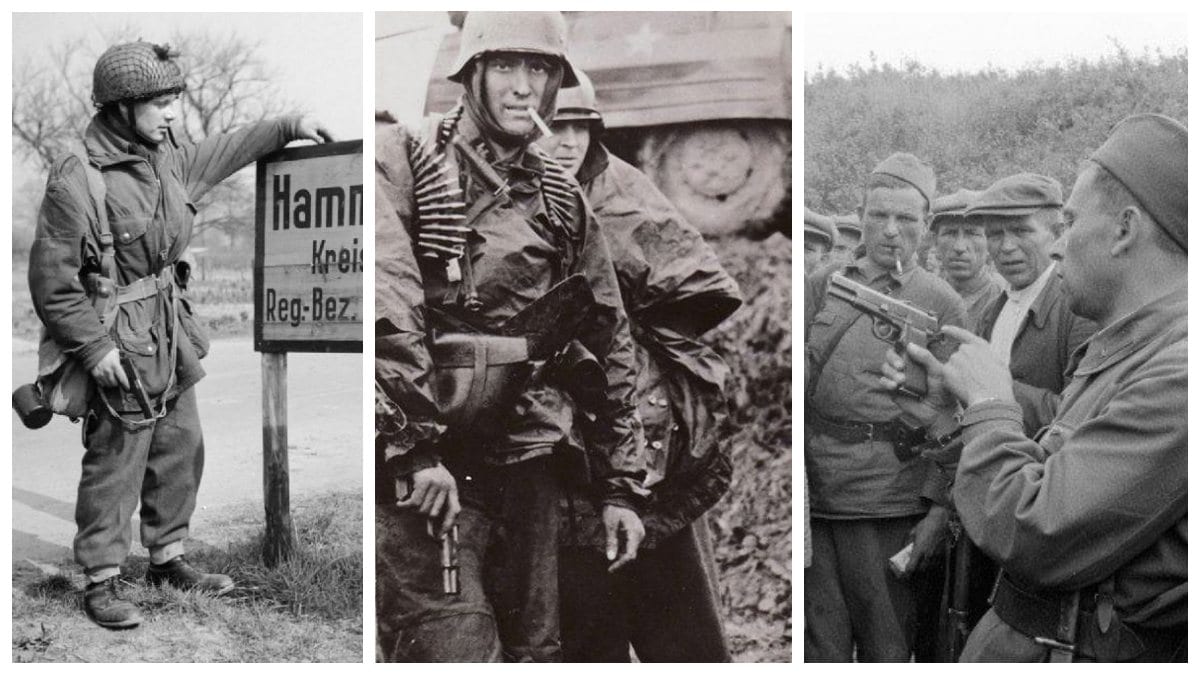 The BHP got its baptism of fire in World War II and has been clocking in ever since, still seeing use with the Canadian and Australian armies today, among others

By 2018, FN ceased the production of the vaunted handgun after a more than 80-year run.

Let’s walk through some of the interesting Hi-Power models in the Guns.com Vault of Certified Used Guns. 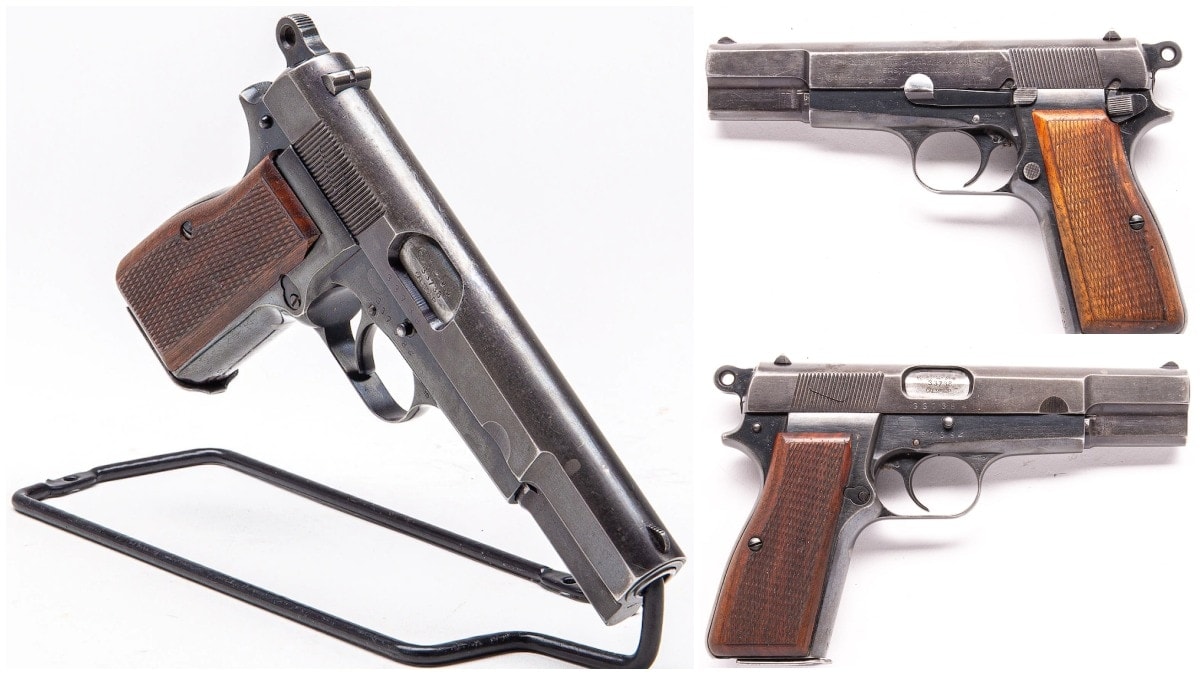 This rare late 1940s-produced Hi-Power is a very early model featuring the “dimple” on the right side of the slide to help with take down for maintenance and the “thumbprint” style internal extractor. Marked “LGK OO”: Landesgendarmeriekommando für Oberösterreich (Provincial Gendarmerie Command for Upper Austria), it is a former Austrian police-issue handgun. 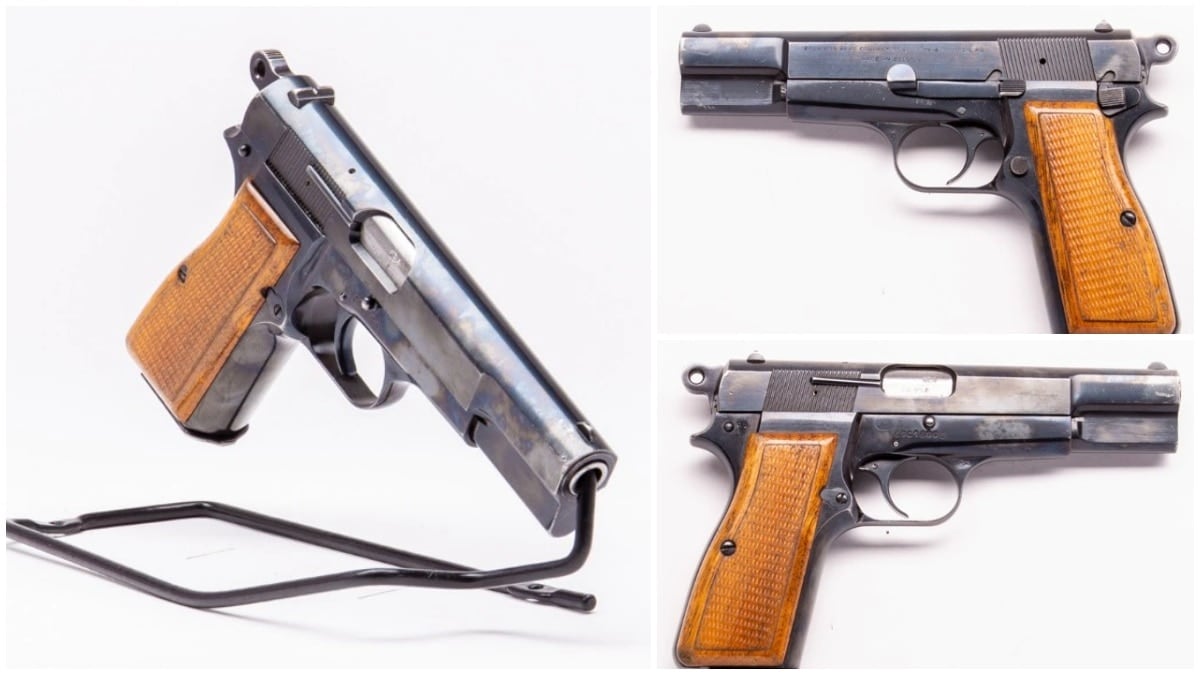 This circa-1969 Browning Hi-Power still features the original wooden grips that the model first entered production with but shows the updated external extractor. 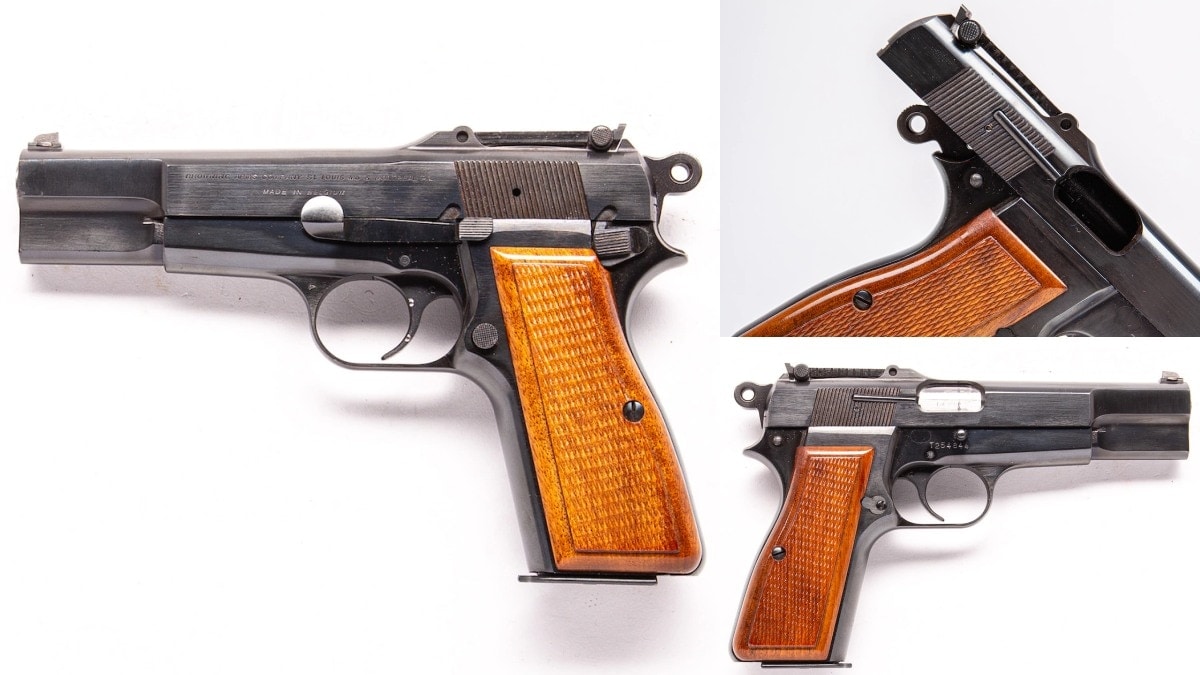 This 1968-made Belgian-marked Browning Hi-Power has the high tangent sights of the original John Browning design. 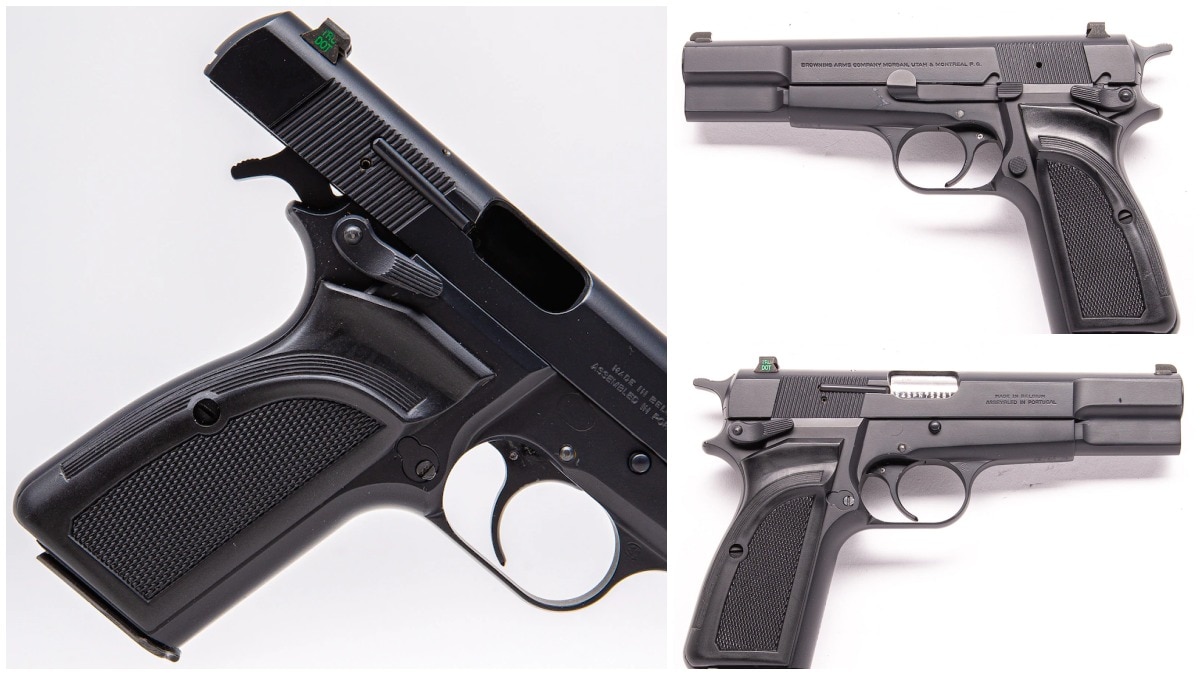 With a serial number that dates to 1989, this Browning-marked Hi-Power 9mm has aftermarket Tru Dot sights as well as the finger groove plastic grips that replaced the earlier wood grips. Also, note the ambidextrous safety levers and flat trigger spur. 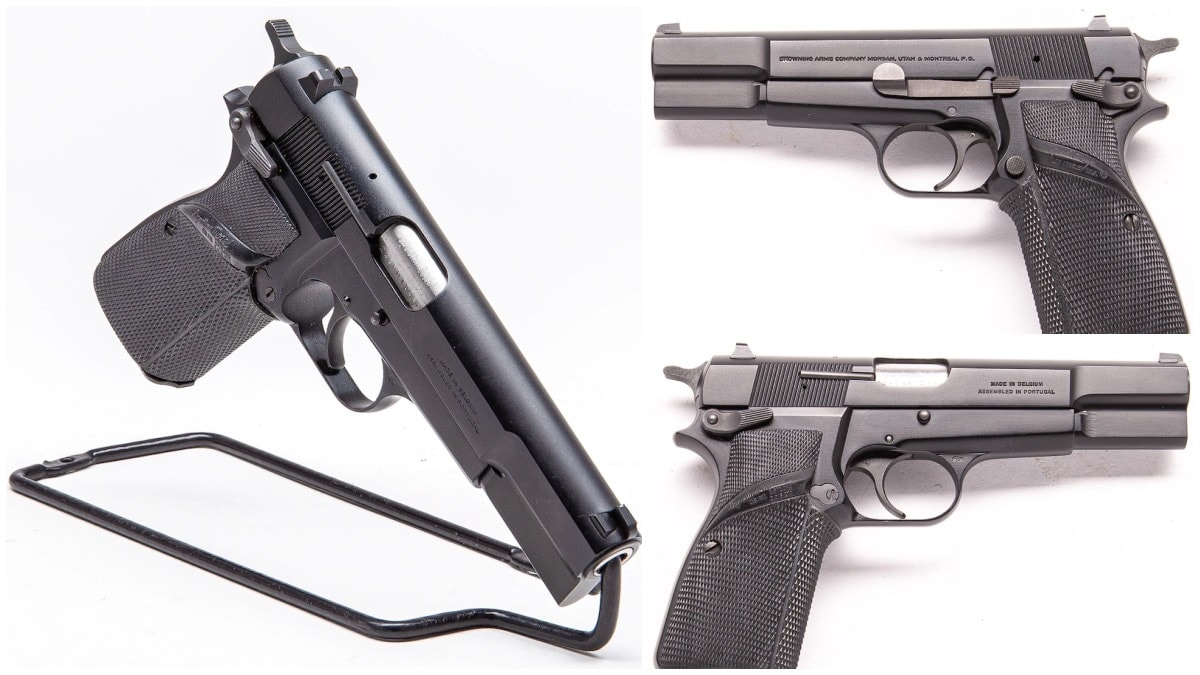 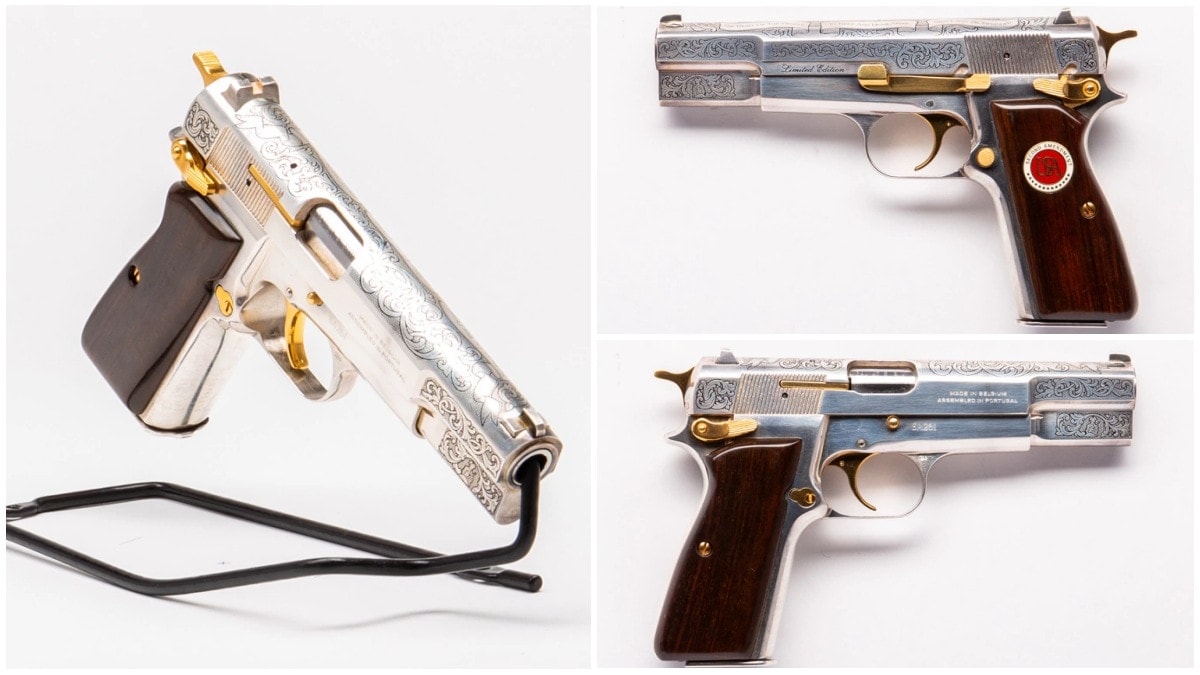 This .40S&W caliber Browning Hi-Power 2nd Amendment is quite the finely dressed patriotic pistol. The slide and frame are silver plated while the trigger, hammer, magazine release, and many other parts are gold plated. A large section of the text of the Second Amendment is engraved into this pistol’s slide, along with an eagle, two minutemen, and lots of scrollwork. The smooth wooden grips also feature a 2nd Amendment medallion. This pistol was a limited edition produced in 1995. 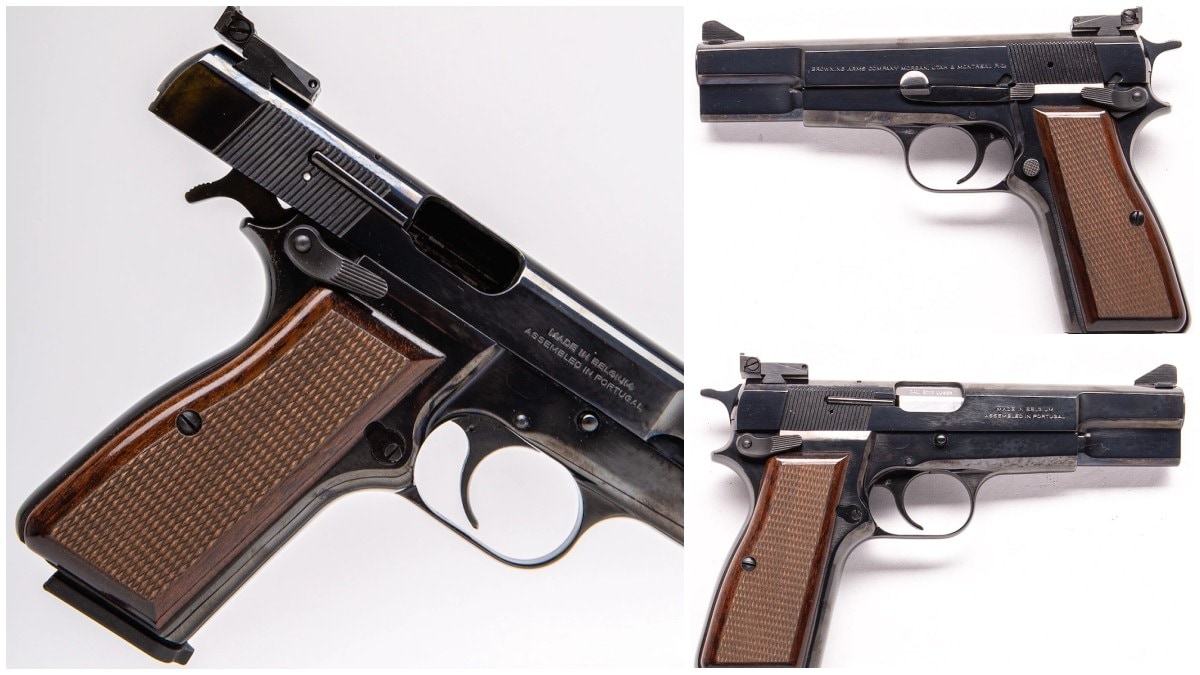 This 2002 Browning-marked production BHP is a Capitan series pistol with factory standard adjustable tangent rear sights, high target front sights, and ambidextrous safety levers. Note the traditional ring hammer had by this stage been changed. As with other late-run Hi-Power’s production pistols, this gun was assembled in Portugal with Belgian-made parts. 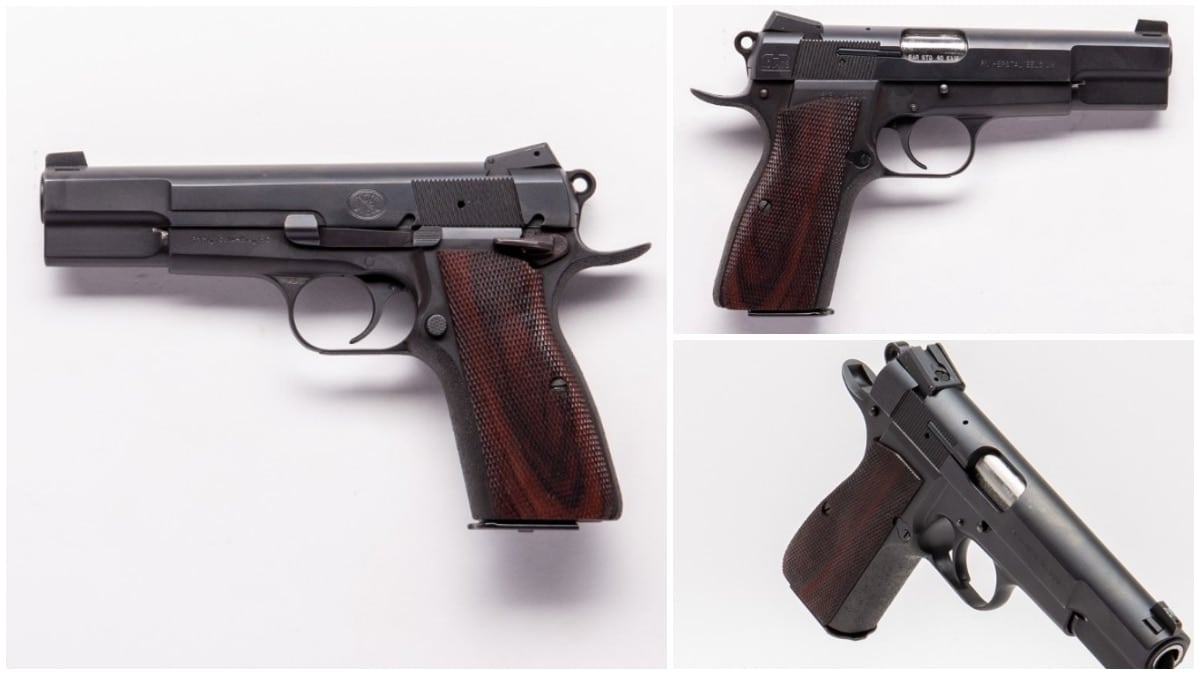 This 2002-production highly customized FNH-marked Hi-Power has an extended beavertail with stippling on the frame front and backstraps. Chambered in .40S&W, it has rosewood grips and Novak night sights as well as the combat-style ring hammer.

No matter what you go with, the Hi-Power is a classic that is never really going to go out of style. Every firearm designer should be so lucky as to have such an enduring farewell performance. 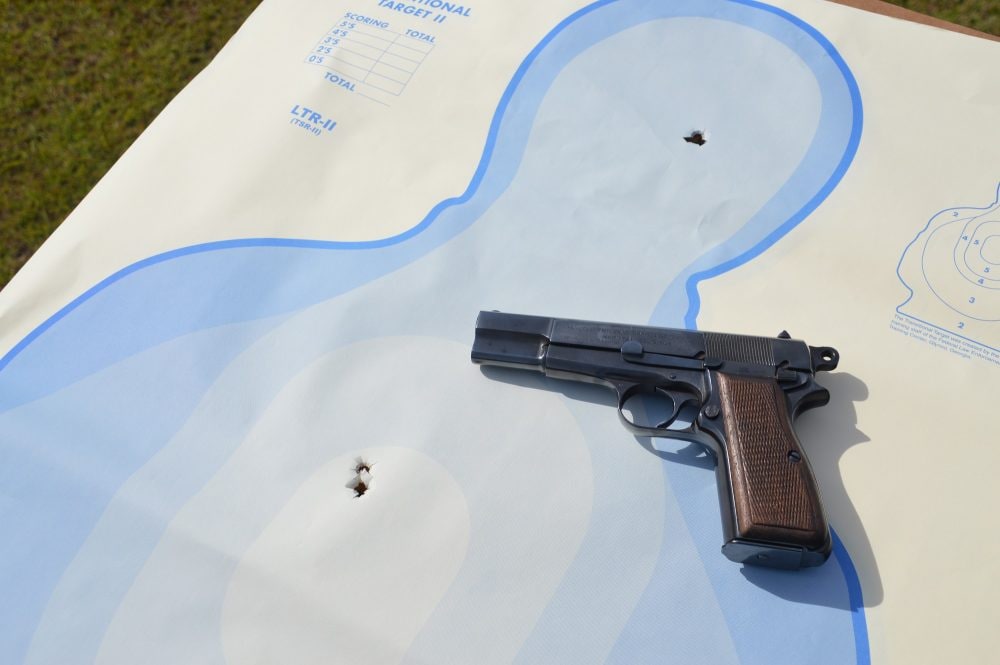 Even 80-year old models are still very capable. We believe it because of a good family tree. (Photo: Chris Eger/Guns.com)

If you like interesting and often rare guns like the Browning Hi-Power, be sure to check out our Collector’s Corner or look through our entire catalog of more than 3,000 new and used guns of all sorts.