That Time Husqvarna Made Pistols: The Swedish M40

The Swedish firm of Husqvarna is best known today for logging and ag equipment but for almost 300 years they specialized in firearms. Established in 1689, Husqvarna Vapenfabriks Aktiebolag, or HVA, produced muskets until the 19th Century when they switched to rifles and shotguns, later diversifying into household goods like bicycles and stoves.

Along with Carl Gustav, the country’s official arsenal, Husky was the primary maker of firearms for the country’s military and police, as well as for commercial sale. This included licensed copies of the Remington Rolling Block and Mauser bolt-action rifles, among others. 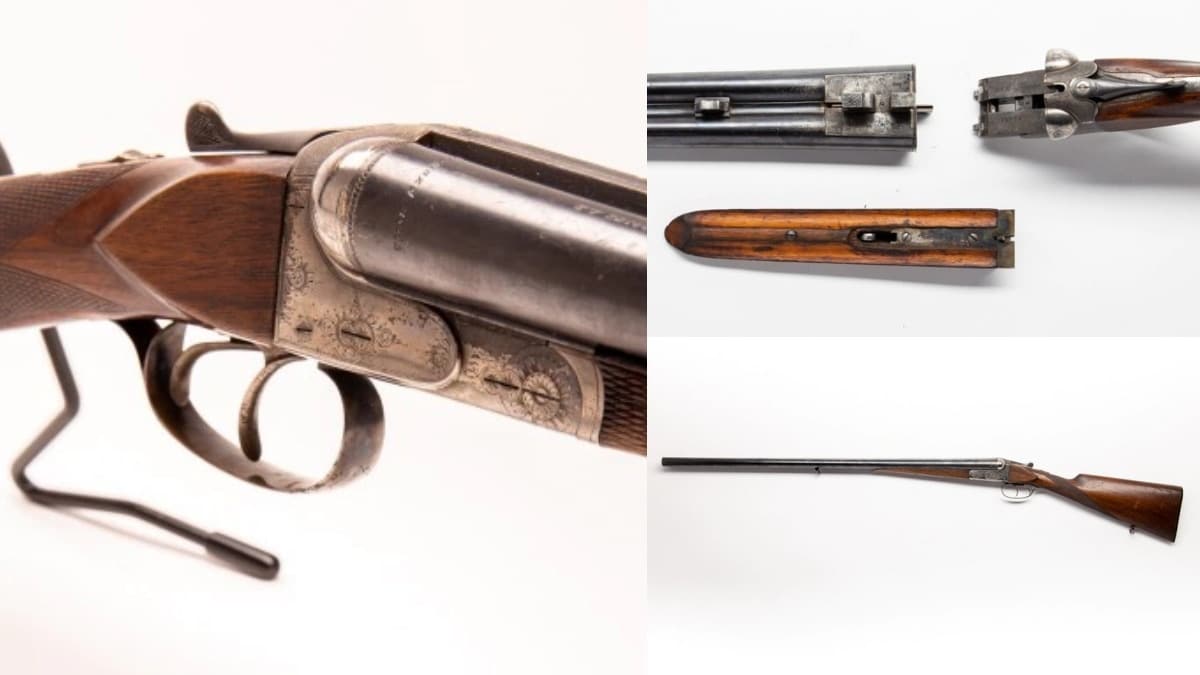 This fine Husqvara 310A is a side-by-side break-action 12-gauge shotgun. Currently, in the Guns.com Vault, it is looking for a forever home. 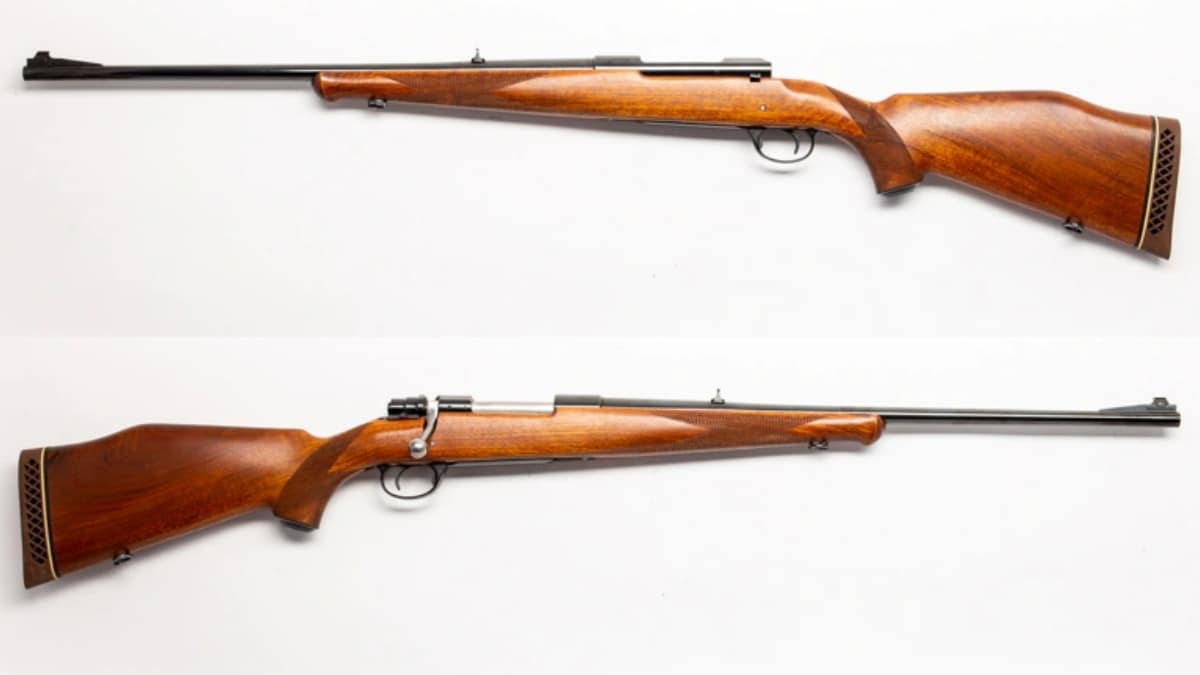 This Husqvarna H-5000 is a bolt-action rifle chambered in 7mm Rem Mag. that uses an improved Mauser-style action.

In 1917, HVA began making the John Browning-designed FN Model 1903 under license for the Swedish military as the M/07 pistol. Chambered in 9×20 Browning Long, Husky kept the pistol in production until 1942, even exporting the gun for military sales to Latin America and for the consumer market.

With World War II underway and needing a more modern handgun to replace the dated Browning, Sweden adopted the only slightly modified L-35 pistol of Scandavanain neighbor Finland in 1940. A design of Finnish gun maverick Aimo Lahti, the L-35 was chambered in 9mm Luger and, while it looks a lot like a P08 Luger on the outside, on the inside it is very different, using a locked breech, single-action system rather than the curious toggle-action of its more famous doppelganger.

The Swedes tapped the L-35 for local production by Husqvarna, dubbed the M40 or Automatpistol M/1940 in Swedish service. By 1946, the company had produced some 80,000 of the guns both for the Swedish military and, later, for the Danish police. 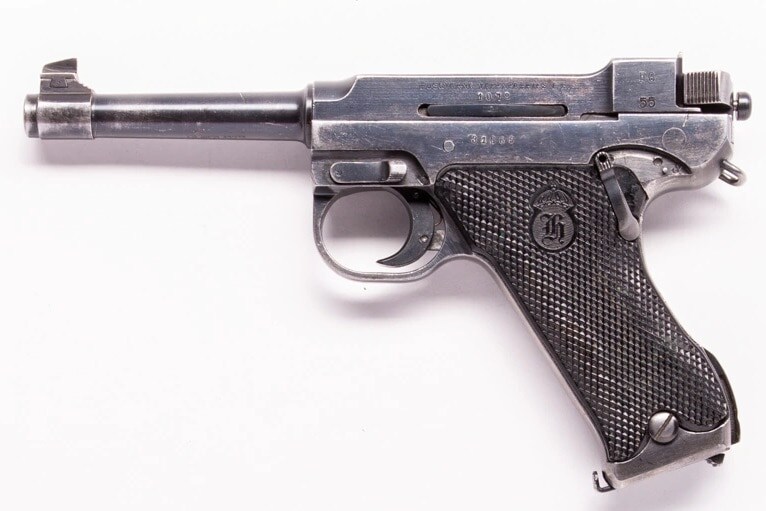 The Husqvarna M40 was an 8-shot 9mm engineered to perform well in Sweden’s harsh arctic environment. This example is currently in our Vault and ready to go home with a collector today.

Although Sweden was able to remain warily neutral during WWII, their military went on to remain on the cautious sidelines of the Cold War as well as being very active in UN peacekeeping operations that sometimes got rather warlike. Through that, the M40 remained in service, only being fully replaced by the Glock 17 in 1988– at which time the HVA-made 9mm was sold as surplus. 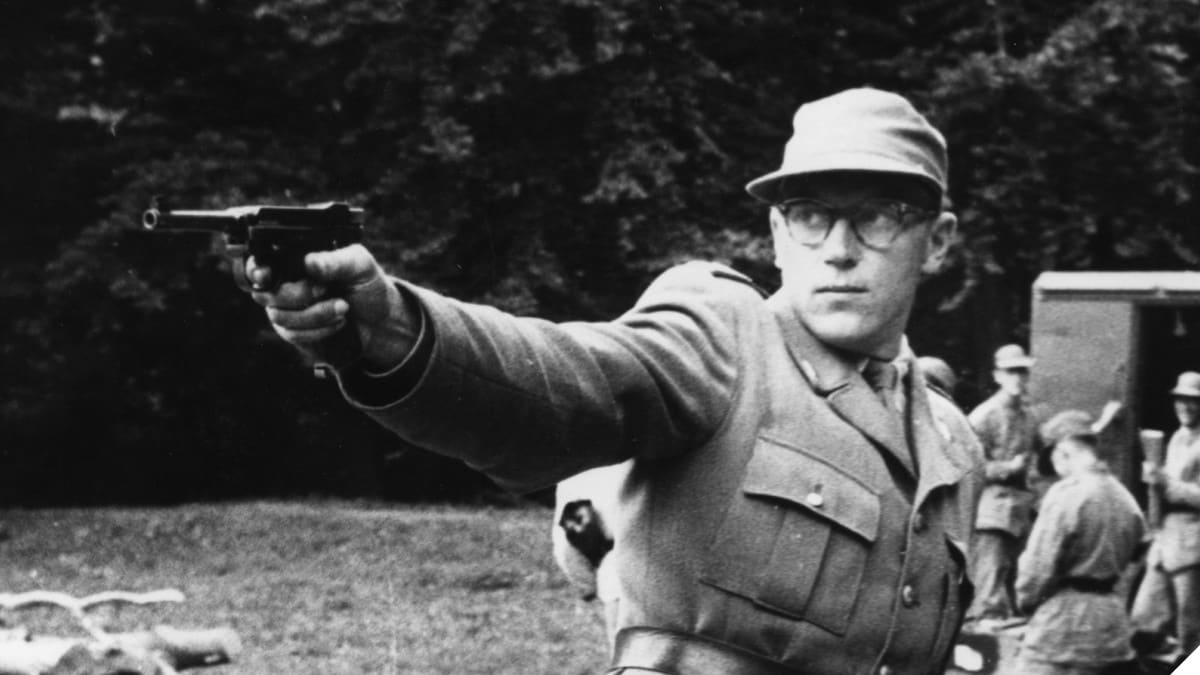 A Swedish marksman with a Husqvarna M40, 1959. The 9mm pistol was standard issue for the Swedish military from 1940 through 1988 (Photo: Swedish Army Museum) 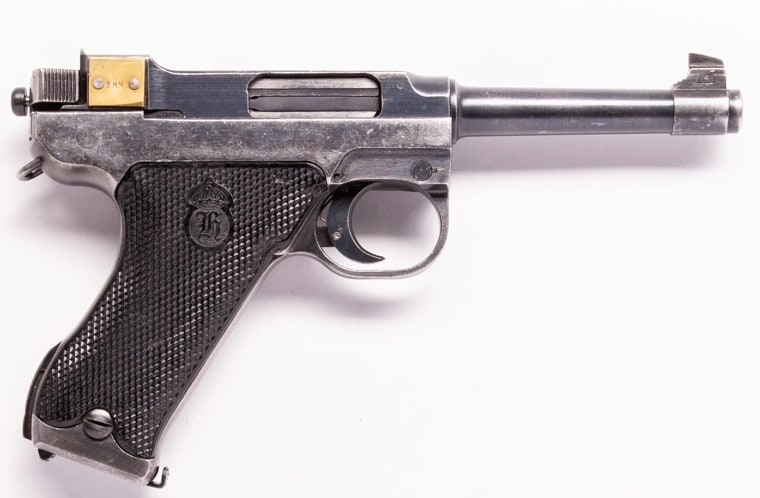 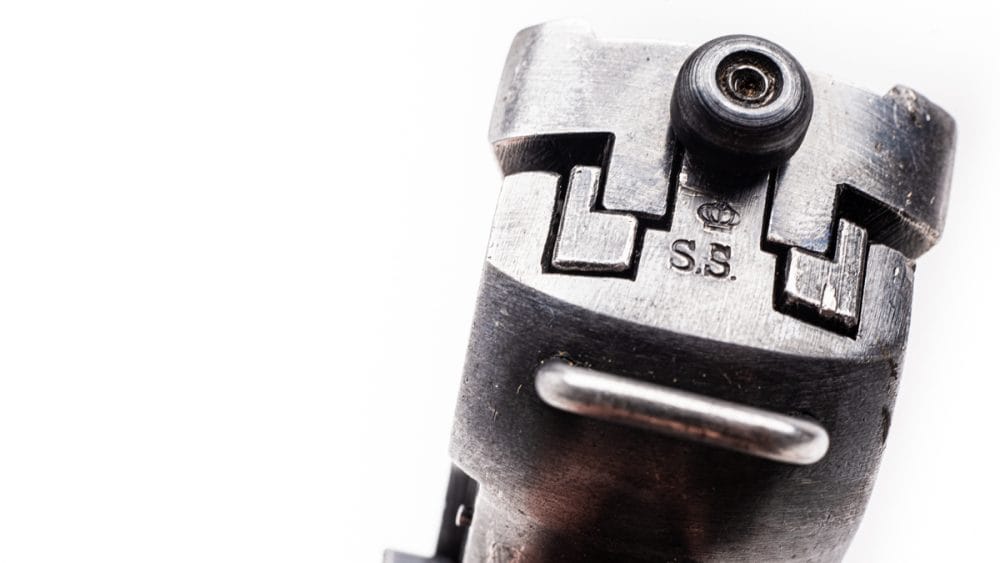 The pistol is marked “S.S.”, the stamp of Swedish military inspector Capt. Sten Stenmo, just over the lanyard ring on the grip. 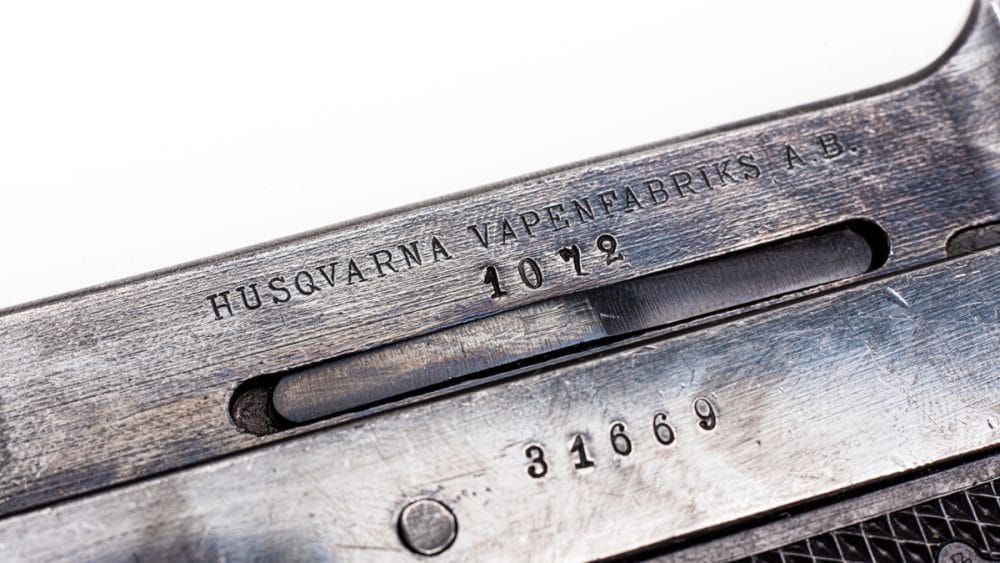 Its serial number range puts it in the standard Swedish Army contract and the gun has unit markings on the right side plate. (Photo: Richard Taylor/Guns.com)

The M40 in the Guns.com Vault includes a brown leather military holster with slots for an extra magazine, loading tool, and cleaning rod.

Husqvarna stopped making guns in the early 1970s, but their reputation for making fine firearms endures, and HVA-marked Swedish hardware has never been more collectible. 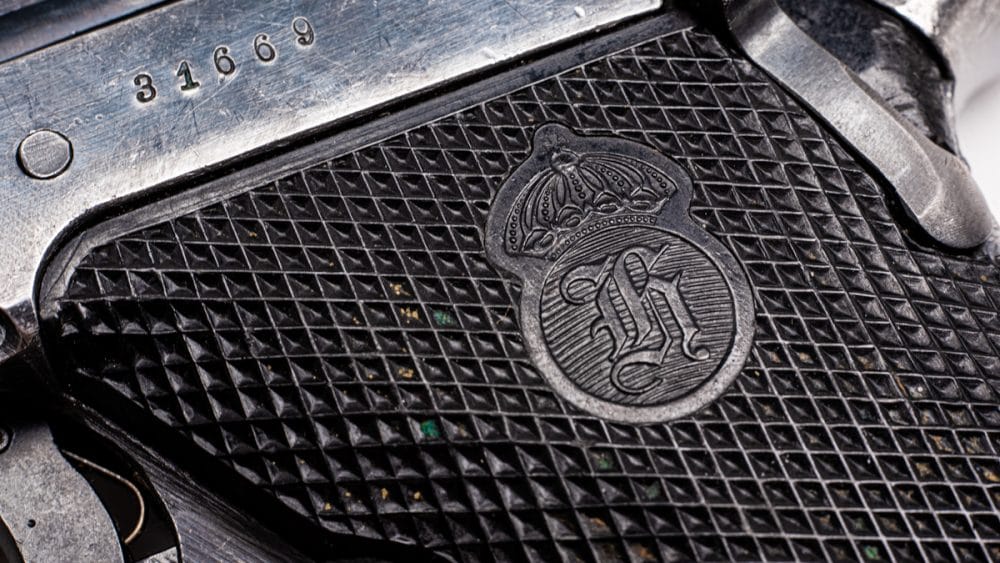 History is often just a click away here at Guns.com

If you like interesting and often rare guns like the Husqvarna M40, be sure to check out our Collector’s Corner or look through our entire catalog of more than 3,000 new and used guns of all sorts.