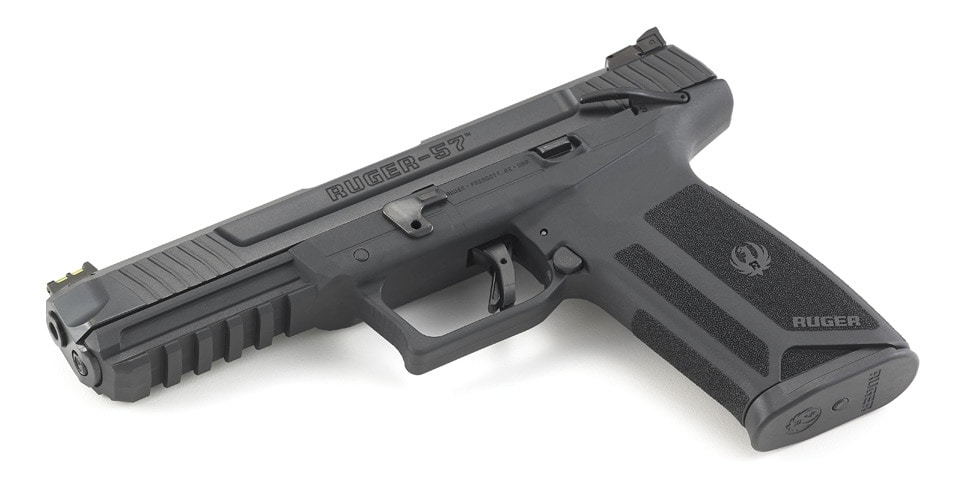 Billed at being roughly half the price of an FN Five-SeveN, the new Ruger 57 uses 20-round steel magazines that flush-fit in the grip. (Photo: Ruger)

The full-sized and full-featured Ruger 57 handgun was announced just in time for the New Year and comes standard with a 20+1 capacity.

Announced on New Year’s Eve by the firearms giant, the 5.7x28mm Ruger 57 uses a through-hardened, billet steel slide with lightening cuts coupled with a glass-filled nylon frame. When it comes to specs, the new pistol has a 5-inch barrel with an overall length of 8.65-inches and a weight of 24.5-ounces. Of note, that makes it almost a dead ringer for FN’s Five-seveN pistol, which was developed in the early 1990s for its eponymous cartridge.

Where the Ruger 57 makes a radical departure from the FN Five-seveN is in price, with the Ruger pistol carrying an MSRP of $799 against the FN’s $1,435 (which is closer to $1100 at retailers).

“The Ruger-57 is destined to become one of America’s favorite handguns,” said Ruger President and CEO Chris Killoy. “This pistol is soft shooting, accurate, powerful and just plain fun to shoot.”

The Ruger 57 has a windage and elevation adjustable serrated rear sight and a rapid acquisition fiber optic front sight. Additionally, the slide is drilled and tapped for use with a separately available optic adapter plate. 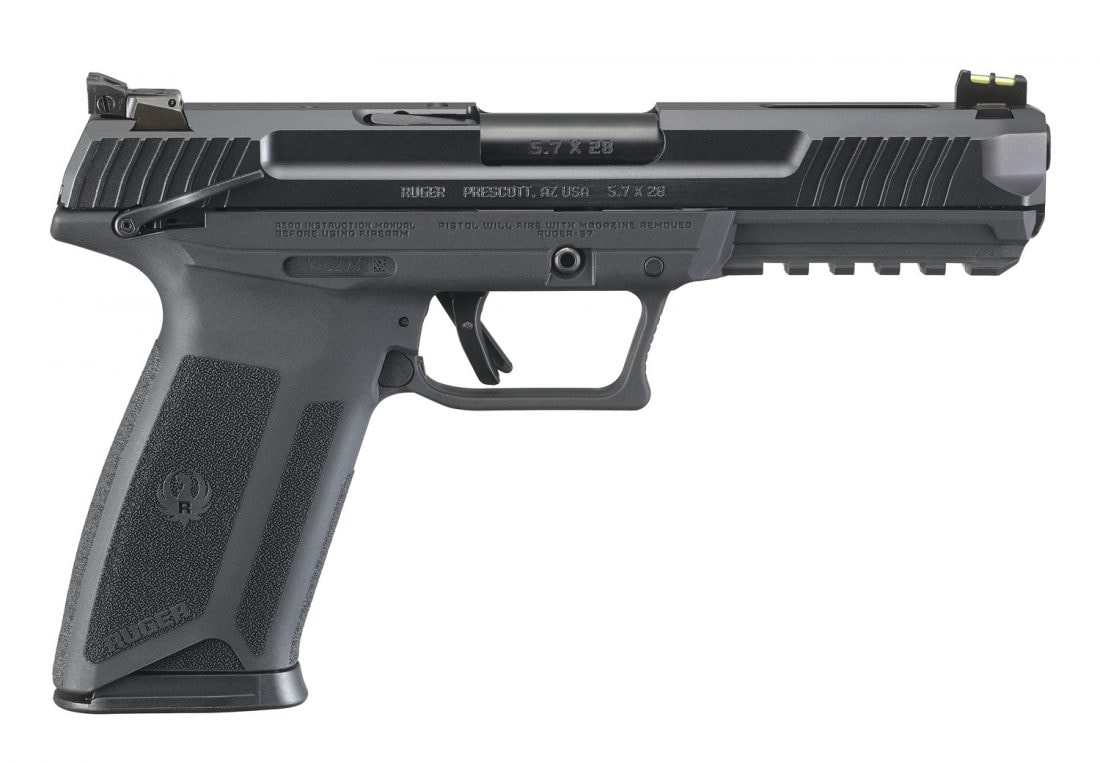 Other features include a Picatinny-style accessory rail for lights and lasers and a Secure Action fire control with what Ruger bills as a “short, crisp trigger pull and positive reset.” 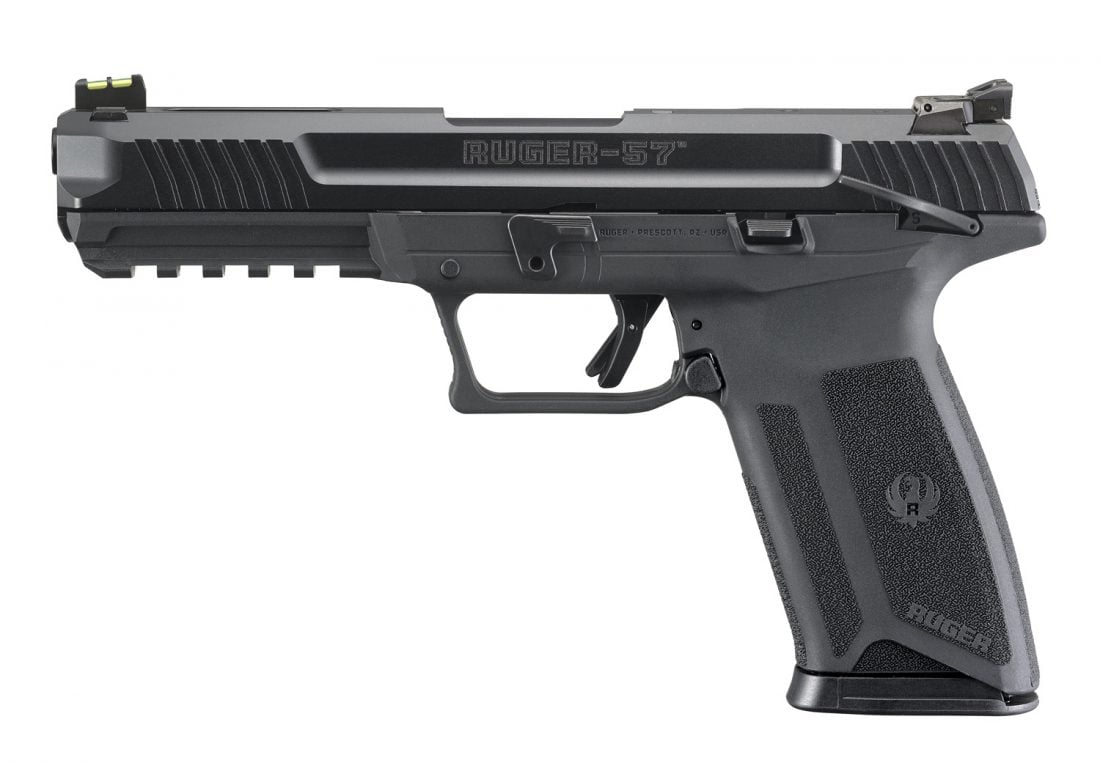 The Ruger 57 is a new entry to the limited 5.7x28mm handgun field and comes ready to mount an optic. (Photo: Ruger)

Prior to release, Ruger sent out a number of review guns to 22Plinkster, The Firearm Blog, Jeff Quinn with Gun Blast and Slav Guns, and Kevin Jarnagin with Gun Talk Media. Check out what they have to say in the below vids.