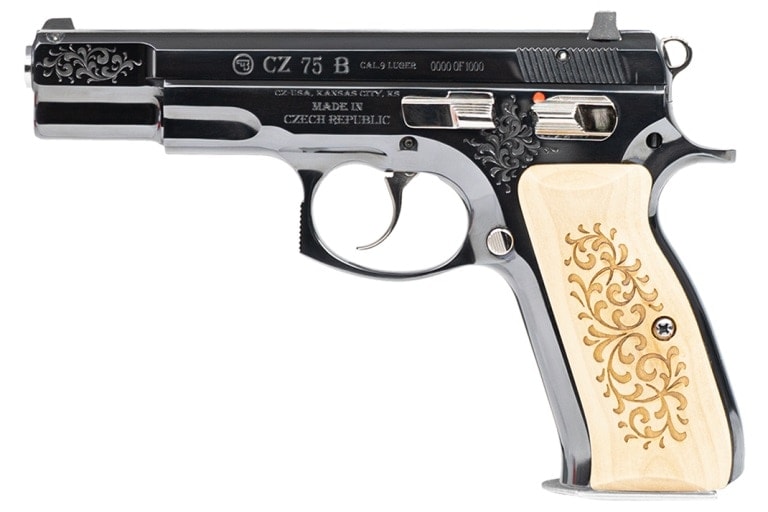 CZ’s iconic modern handgun, the CZ 75, is set for its 45th birthday in 2020 and to celebrate a special limited edition is planned.

Complete with a high-gloss blued finish and extensive engraving on the slide, frame and custom wood grips, the run of 45th Anniversary CZ 75 Bs will be limited to 1,000 9mm pistols in a special serial number range.

“Designed in 1975, the CZ 75 is the flagship model of the CZ handgun line with over one million produced,” notes CZ in a statement. “An entire family of pistols is available based on the basic CZ 75 design: compacts, de-cockers, single action only, ambidextrous, alloy frames as well as competition pistols.” 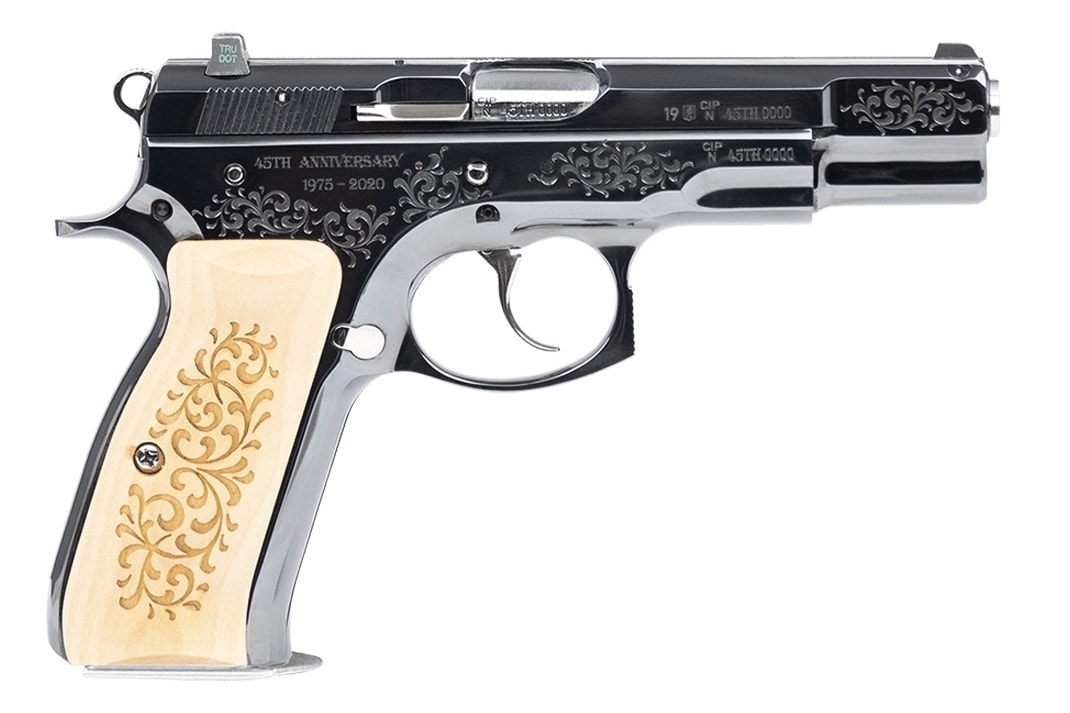 Still, the company says the “CZ 75 B is used by more governments, militaries, police and security agencies than any other pistol in the world,” making it “quite possibly the perfect pistol.”

While those are sure to be fighting words to any number of acolytes of platforms from designers such as John Browning and Gaston Glock, there is no denying the CZ 75 has had long legs since it first emerged nearly a half-century ago.

Designed by brothers Josef and František Koucký at the CZ factory in then-Czechoslovakia after more than six years of development, the all-steel 9mm parabellum double-stack was a broadside response in the 1970s to the S&W 59, Browning Hi-Power and Beretta Model 92, the West’s contemporary 1st gen “wonder nines.” It soon became a hit and was a best seller around the globe that has remained in production ever since.

Still a fan of the platform but don’t need the bling? You can get a more understated standard model CZ 75 B starting at around $500 smackers.