Why I Bought a Ruger Mini-14 Ranch Rifle

I wanted to own a Ruger Mini-14 chambered in .223 Remington ever since I was a kid. I saw them in movies and on tv, and they just looked plain cool. I kept putting it off until last year when I came across a vintage Ruger Side Folding Stock for sale for $200 — I immediately bought it.

What Is The Ruger Side Folding Stock? 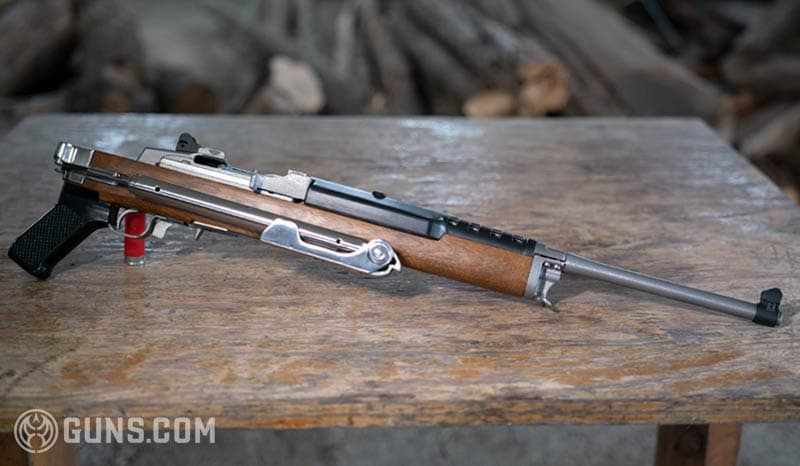 The collapsed Ruger Side Folding Stock on the Mini-14. (Photo: Ben Philippi / Guns.com)

The Ruger Side Folding Stock was made by Ruger for the Mini-14 rifle when it first came on the scene in 1973. It’s a solid design, albeit dated, made of wood, metal and bakelite. When folded, it makes the rifle quite compact.

From what I understand, you could buy the rifle in the 70s and 80s with either a standard fixed stock or upgrade to the side folding stock for around $40. In 1989, Ruger stopped making the side-folding stocks. As a result, they became quite scarce. This has caused their value to skyrocket. It’s not uncommon to see them listed for upwards of $900.

Before buying, I began researching Mini-14s. I discovered that they underwent a big makeover in 2005. Ruger changed the sights, added the capability to attach a scope, and most importantly, they modified the gas system to reduce barrel vibration. In 2007, they added a heavier tapered barrel. 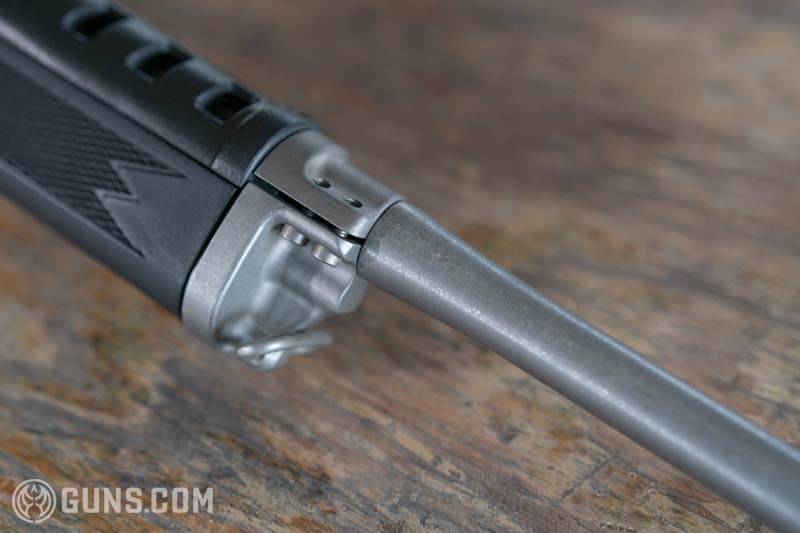 Shooting the Mini-14 is fun and it has character. The old school action chugs back and forth, and you can hear and feel it as you shoot. After 1,000 rounds, I’ve had very few jams or malfunctions – usually ammo related. Although I could mount a scope, I choose to run the iron sights and can hit a torso-sized target at 100 yards fairly easily.

For me, the vintage Mini-14 is more of a conversation piece and a fun gun for my vault. When I’m at the range, people always come up to me to ask, “Isn’t that the gun from the A-Team?” Or, “Hey, it’s the Mr. T gun.”

I was planning to add a flash hider and pick up some 20 or 30-round stainless magazines, but Ruger just released a brand new Mini-14 Tactical model that has many of these features meaning it will likely join my arsenal soon.

Samson Manufacturing also recently announced exact replicas of the original Ruger Side Folding Stock, but for under $300. The only difference being the grip utilizes plastic instead of bakelite.  Set to display at SHOT Show Jan. 21 through Jan. 24, stay tuned to Guns.com as we’re sure to bring you even more deets on Samson’s goodies.

The side-folding stock by Samson Mfg. is almost exactly the same as the original. (Photo: Samson Mfg.)

Ruger’s new tactical model, and Samson’s side folding stock, will undoubtedly breathe some fresh air into the classic and proven design of the Ruger Mini-14 Ranch Rifle. Don’t you love it when a plan comes together? 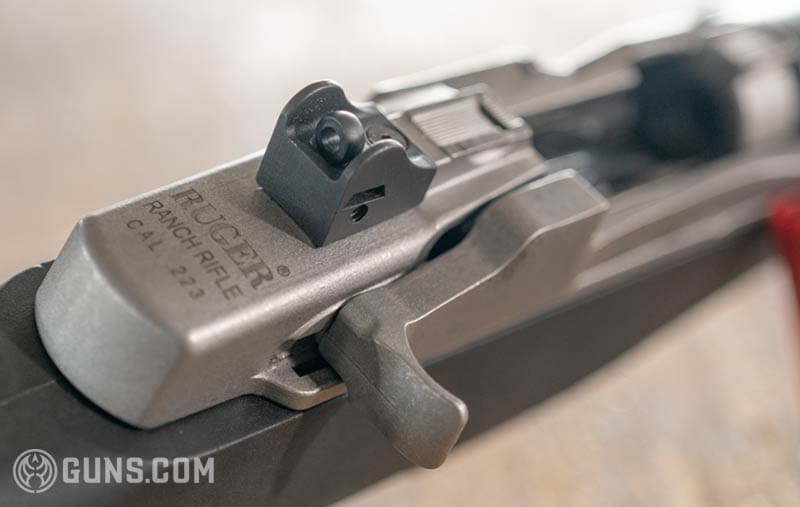 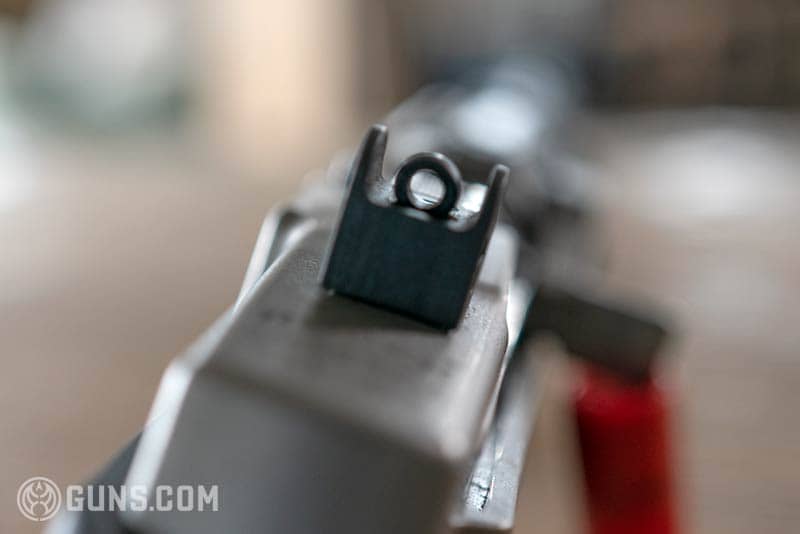 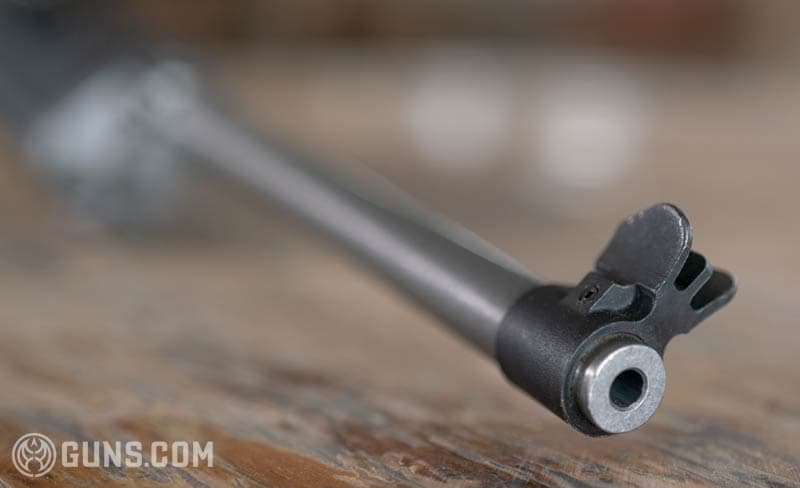 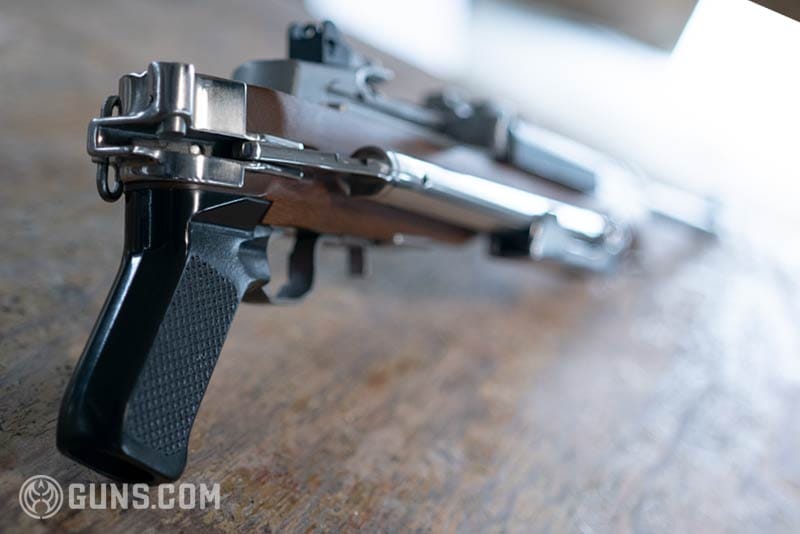 The collapsed Ruger Side Folding Stock as seen from the rear on the Mini-14. (Photo: Ben Philippi / Guns.com) 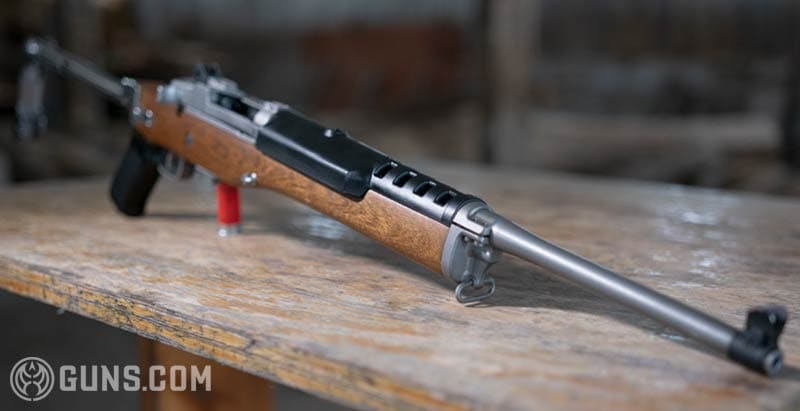 The Ruger 580 series Mini-14 Ranch Rifle with the side folding stock extended. I think this is a very good looking rifle. (Photo: Ben Philippi / Guns.com)