The Short-Lived Randall M1911: 'The Only Stainless Steel Fit for Duty' 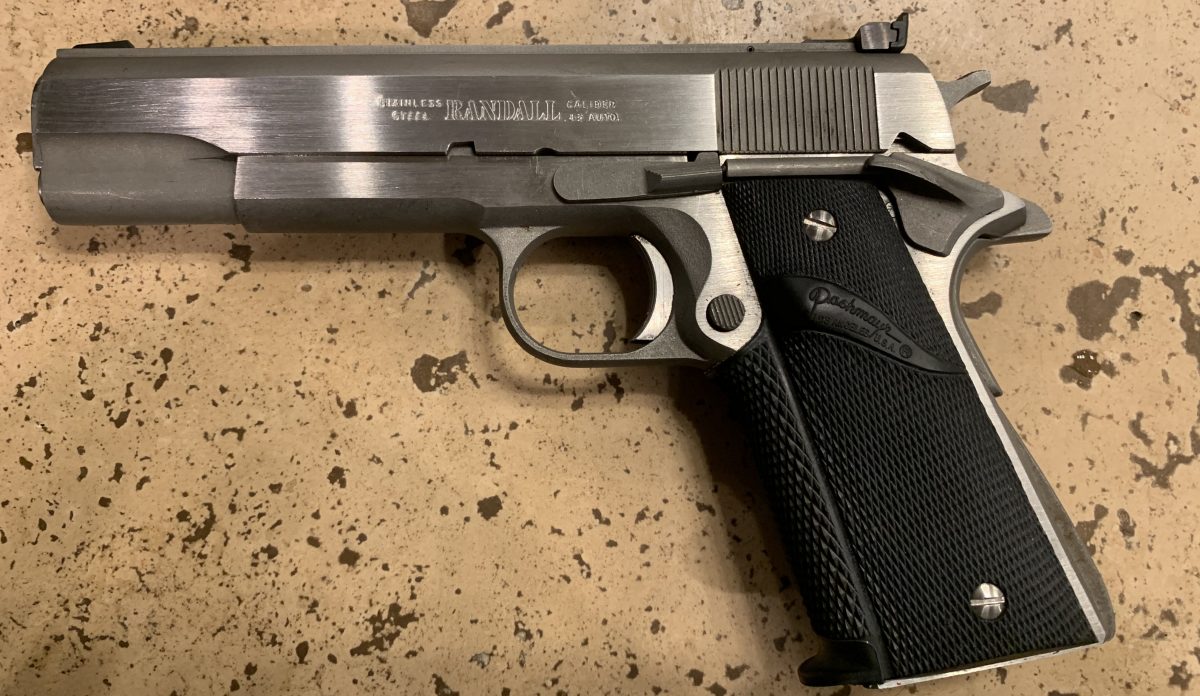 It’s hard to think today that the first production full-sized all-stainless M1911 only appeared in 1983. We give you: the Randall (Photo: Guns.com)

In production for less than two years, the California-made Randall M1911 hails from the Reagan-era and is a solid piece of firearms history that is increasingly collectible.

While John Browning’s everlasting M1911 design had long been made in various blued, chromed and nickel coatings, up until the early 1980s it had not been cranked out in a production stainless steel model. That’s where the company formed by airline executive Ken Lau and retired Air Force Brig. Gen. Russell Randall, seized the opportunity.

Advertised as and sold in boxes labeled, “The Only Stainless Steel Fit for Duty,” Randall pistols were indeed all-stainless, with the only black parts being the handgun’s sights– which were also stainless (SAE410) under the treatment. Most of the parts were crafted from SAE 17-4 PH stainless alloy. The standard grips on most models were National Match-style checkered walnut. At the time, they were advertised at around $500, which adjusts to about $1,300 in today’s cash.

Manufactured in .38 Super, .45ACP, and 9mm, most of the latter were exported to Europe, where they were popular in Austria and West Germany.

By far, the majority of Randalls produced were full-sized Service or Combat M1911A1 models, the latter with fixed sights. There were also Colt Commander-length Raider models with 4.25-inch barrels as well as the LeMay 4-Star (more on this below), a Featherweight model with an alloy frame, and matched set/presentation models. 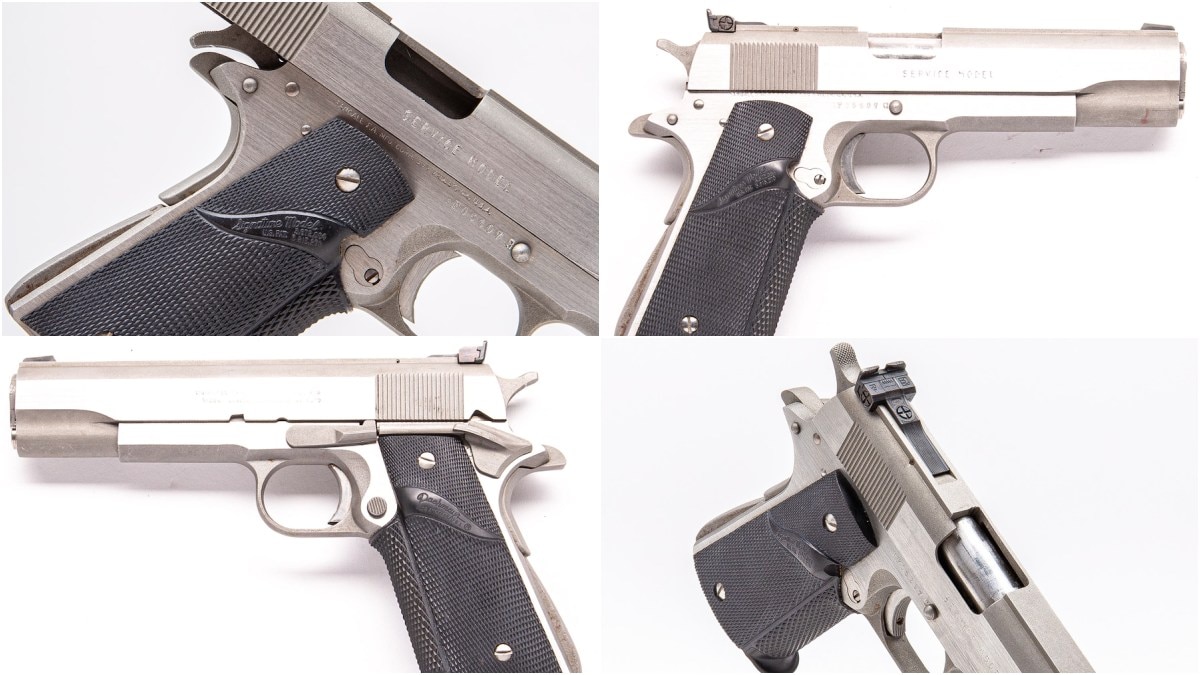 This rare all-stainless Randall Service Model up for grabs in the Guns.com Vault includes adjustable sights and Pachymar signature grips. Chambered in .45ACP, it is about as M1911A1 as it gets, only in a 1980s collectible. (Photo: Guns.com)

Oddly enough, the company also produced mirrored left-hand variants, with the control surfaces oriented to southpaws, along with the resulting internal changes.

As an ode to the godfather of strategic bombing, Gen. Curtis Emerson LeMay, Randall produced a short run of “Gen. Curtis E. Lemay 4-Star” Commander-style models. A curious design, it had a shorter magazine well and a distinctive squared-off trigger guard. Less than 400 were made. 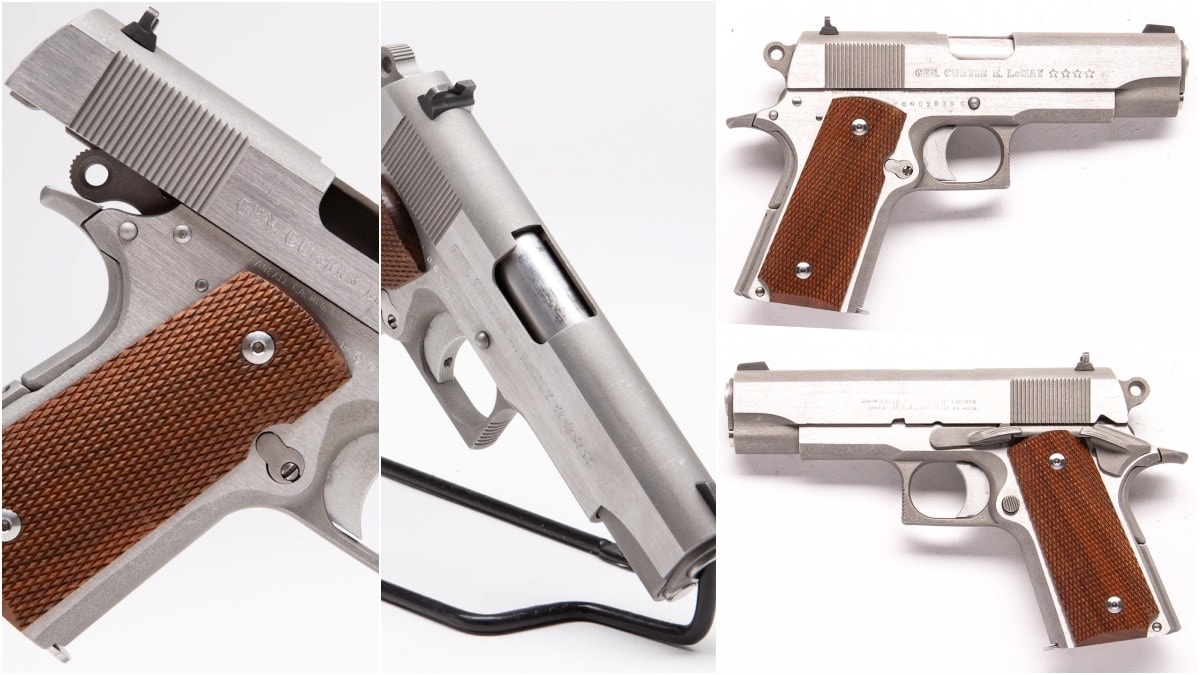 The Randall Gen. Curtis E. Lemay 4-Star was nothing if not eye-catching. This rare bird, in excellent condition, could be yours. 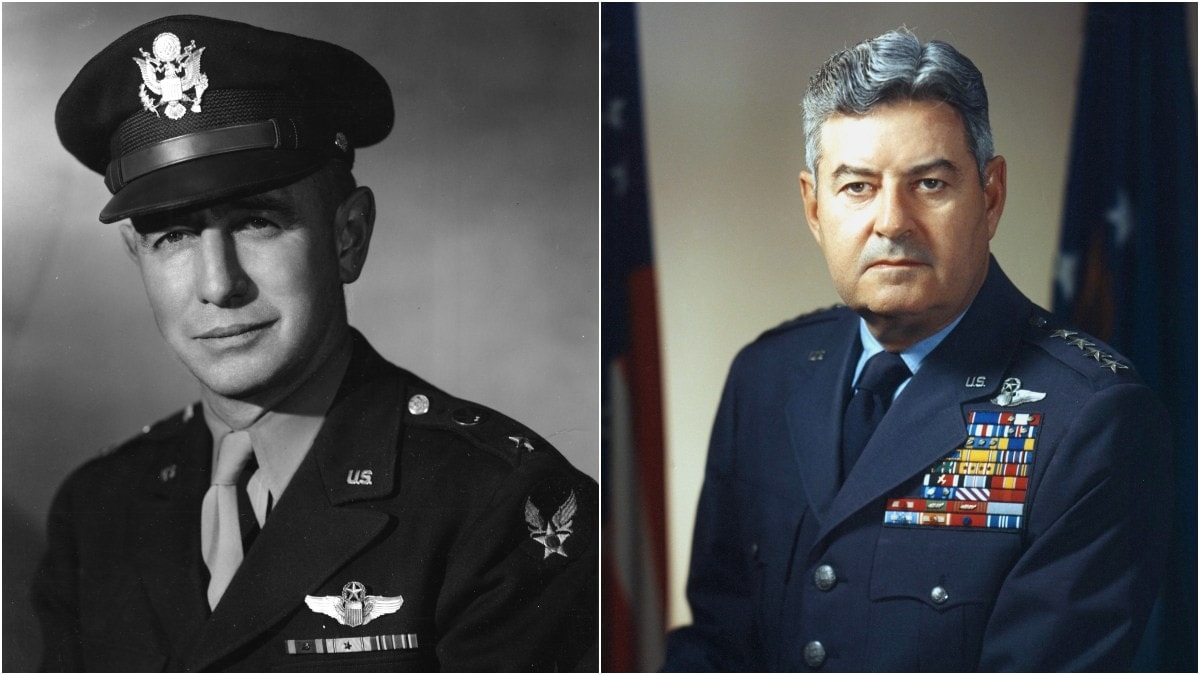 Brig. Gen Randall, left, was a West Point graduate who flew with the Flying Tigers in China then retired from the Air Force in 1949. Gen. LeMay, right, retired in 1965 as President Kennedy’s Air Force Chief of Staff, where he led the branch during the Cuban Missile Crisis. (Photos: USAF)

While the guns seemed to have cornered the market for a brief moment in time, other pistol makers such as AMT soon jumped into the stainless M1911 game and undercut Randall.

In all, less than 10,000 Randalls were produced before the factory ceased production in May 1985. The company’s line of $15 stainless steel M1911 magazines, of which they sold more than 100,000 alone both under Randall’s branding and through Pacyhmar, were cranked out both before and after the guns were in production.

Lau would go on to form Falcon Arms in 1987 and attempt to market a stainless Randall-style lefthanded M1911A1 dubbed the Portsider, but that is a different article…

Today, of course, stainless M1911 models are a staple of the marketplace and are well represented by big names such as Sig Sauer, S&W, Springfield and Remington. 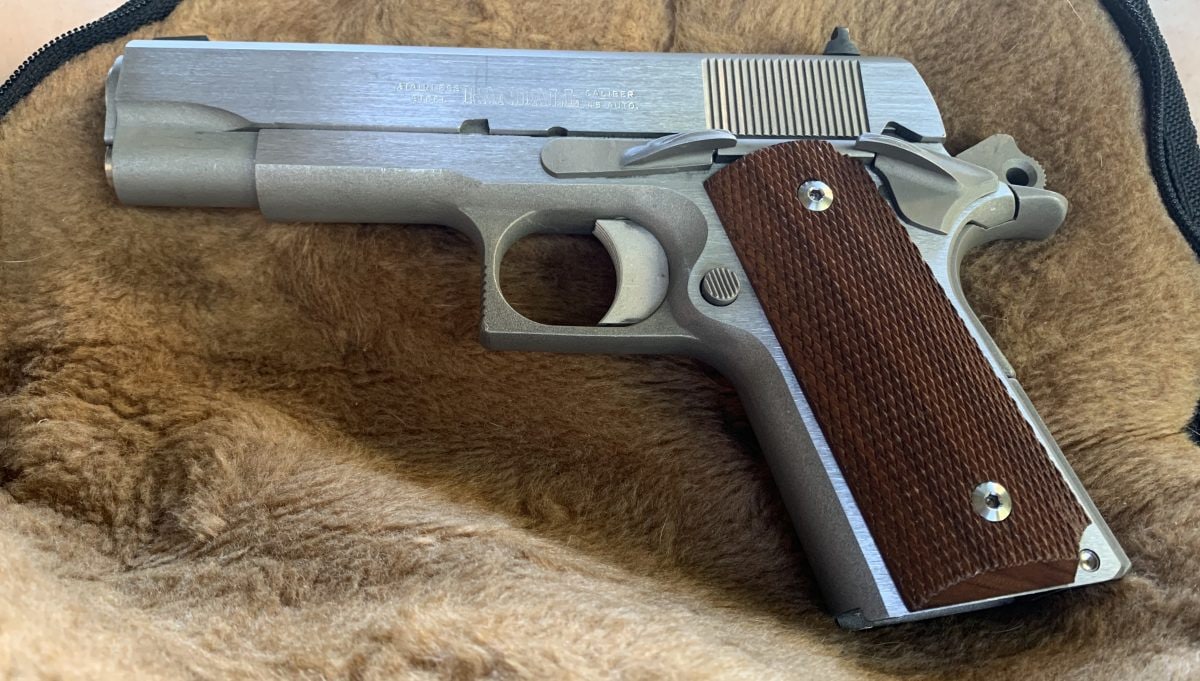 While you can buy any number of stainless CNC M1911 clones today, few are as collectible as the one that did it first. (Photo: Guns.com)

If you like interesting and often rare guns like the Randall, be sure to check out our Collector’s Corner or look through our entire catalog of more than 3,000 new and used guns of all sorts.