The new pistol chosen to replace the French Army’s aging MAC 50 and G1 designs is a variant of the Glock G17. (Photo: French Army)

Additional details have been made available about the large new contracts won by Glock and FN for the French military.

First announced last week by officials in Paris, the largest contract will be for new Glock 9mm pistols to replace vintage PA MAS G1 S and PA MAC50 handguns. In all, nearly 75,000 new G17s will be purchased along with suppressor kits, holsters, and large stocks of both duty and training ammunition.

The Glock to be supplied will be a G17 Gen5 featuring a coyote frame with a black slide complete with front serrations and luminescent U-shaped sights while the frame will include an extended slide lock. 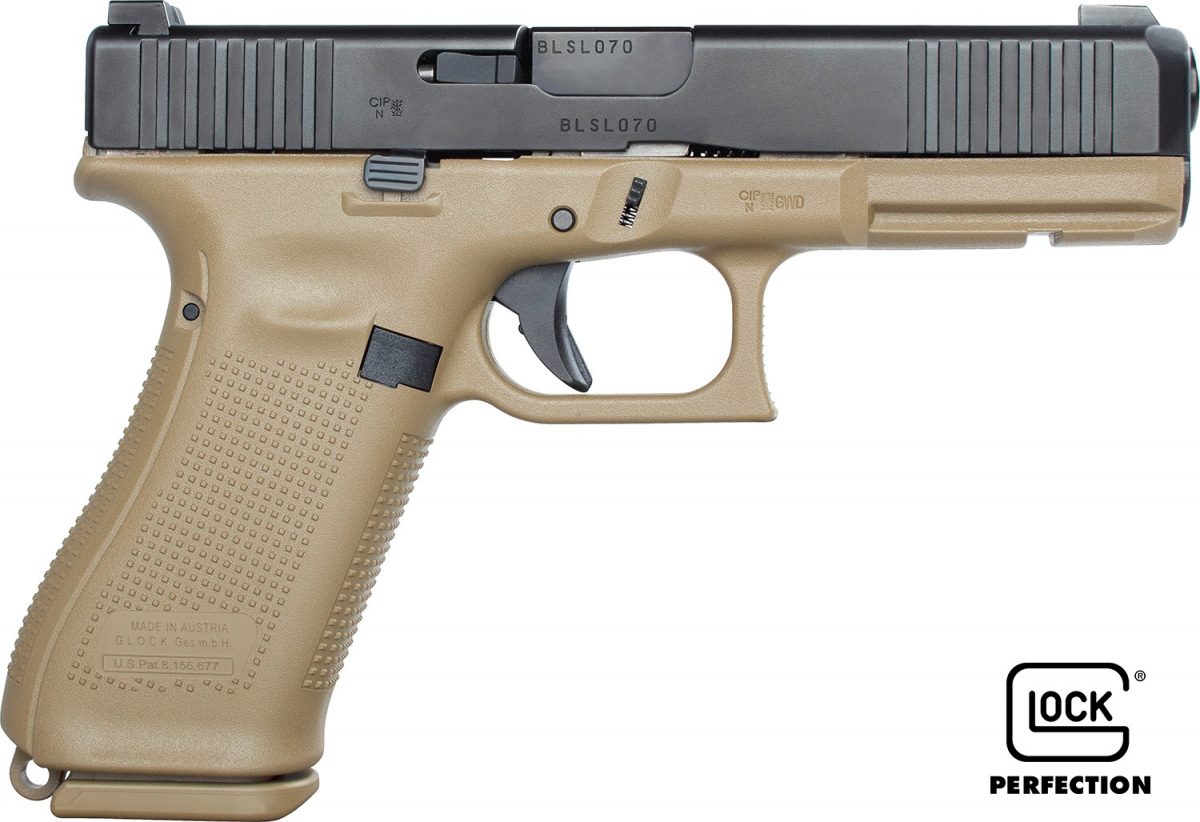 Glock detailed in a statement that the pistols will be expected to maintain a minimum expected lifetime of 26,350 rounds. (Photo: GLOCK GmbH/Armurerie de la Bourse) 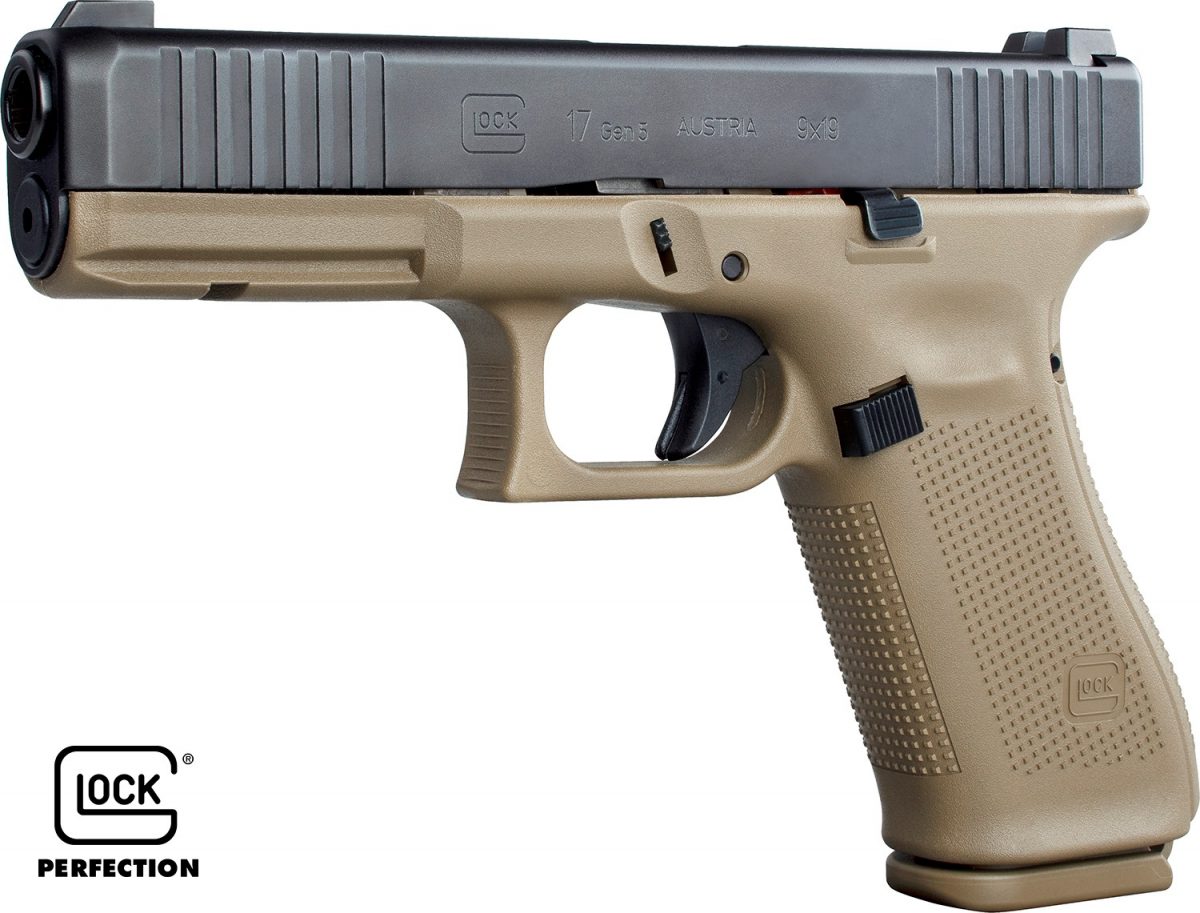 Much like a standard Gen5 G17, the pistols will have an nDLC finish, Glock’s Marksman barrel, and reversible magazine catch along with an ambi slide stop lever. (Photo: GLOCK GmbH/Armurerie de la Bourse) 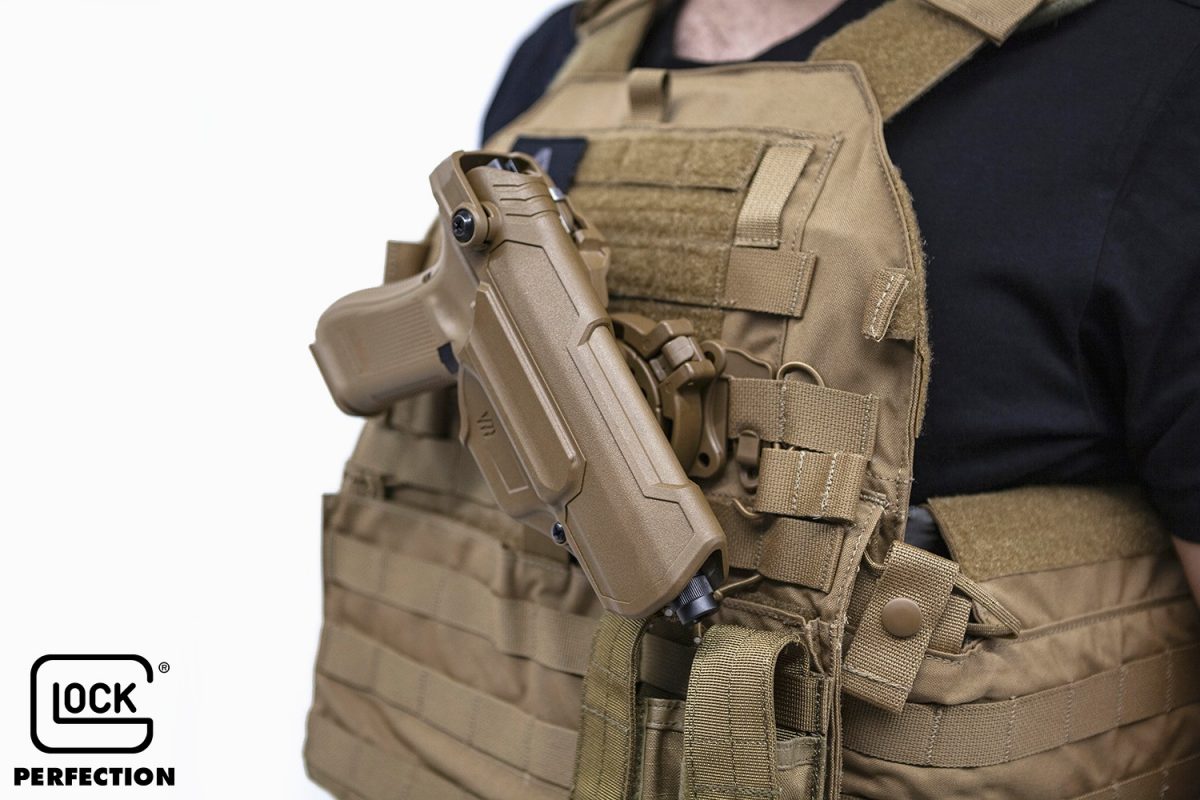 Glock says the handguns submitted for review by the French military, in an effort to secure the contract, were submitted to “stringent testing… to make sure the selected pistols and holsters fit their high standard military requirements due to the high operational employment of the French forces.” Of note, Vista Outdoors subsidiary Blackhawk, of Virginia Beach, has been tapped to provide the French military with their new T-Series L3D holsters. (Photo: GLOCK GmbH/Armurerie de la Bourse) 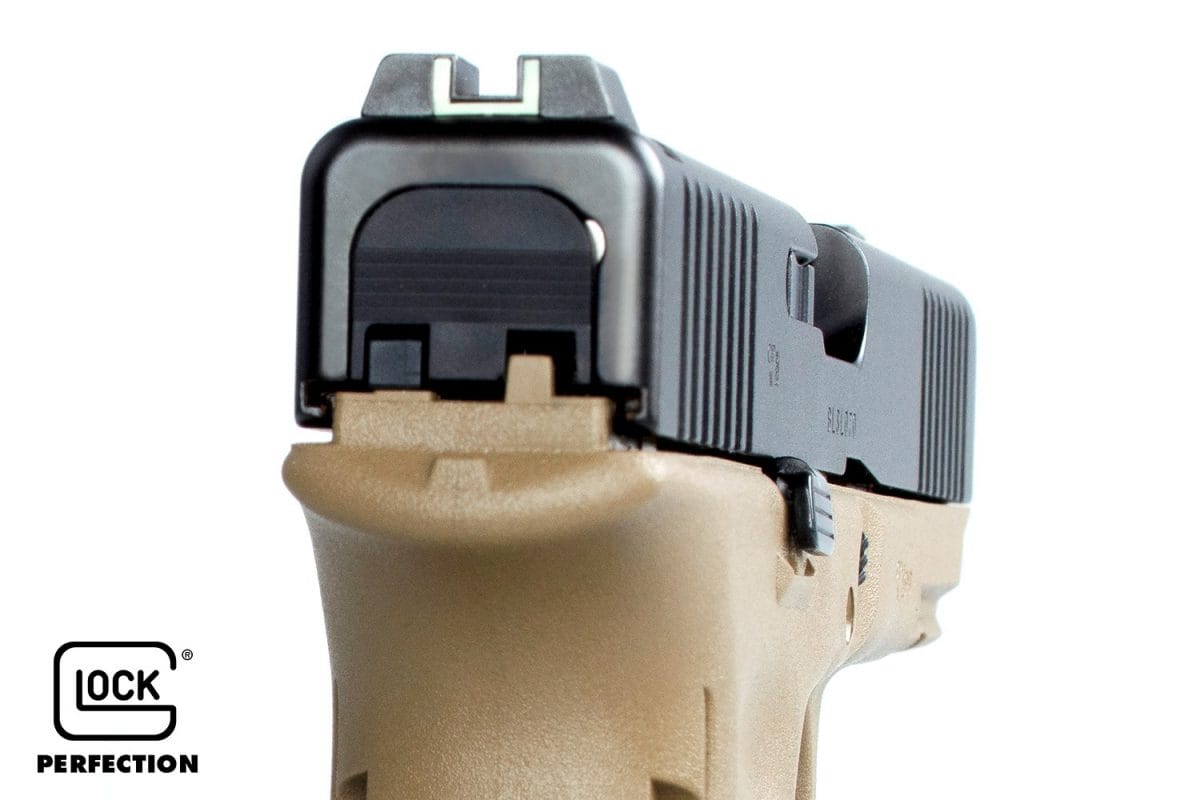 It should be noted that, in addition to NATO and EU missions in Iraq and Afghanistan, the French military has 4,500 troops deployed to Africa, largely tasked with fighting Islamic insurgent groups in Mali and elsewhere. (Photo: GLOCK GmbH/Armurerie de la Bourse)

“This award follows several Armies in Europe and throughout the World,” said Richard Flür, International Sales Director at Glock. “The importance of the program is underlined by the fact that it will equip all French troops both regular but also special operations with GLOCK pistols. We are very proud and honored to deliver our high-quality Safe Action pistols, as well as excellent and reliable accessories to the French military.”

The French Army will receive 80 percent of the new handguns while the Navy and Air Force will largely split the balance. The new pistols will be delivered through 2022.

SHOP ALL GLOCK 17 IN STOCK

The French are also fielding 2,600 new FN rifles. A variant of FN’s SCAR-H, the SCAR-H PR with the “PR” standing for Precision Rifle, was selected to replace France’s vintage FR-F2 bolt-action rifle, the latter of which is based on the WWII-era MAS-36 platform.

The current French military precision rifle, the FR-F2, is a 1980s update to the MAS36 rifle of WWII fame. (Photo: French Army)

The semi-automatic SCAR-H PR, chambered in 7.62 NATO, falls just between the SCAR-17 and SCAR-20 with a 40.16-inch overall length. It French service it will use a foldable, 6-position adjustable buttstock that also has an adjustable cheek rest height. It will be issued with a Schmidt & Bender 1-8×24mm day scope with external adjustments.

A release says that Germany’s Telefunken-Racoms and Belgium’s OIP will supply a mix of IL and IR optics for the new rifle, which will also be equipped with suppressors.

The below video details the SCAR-H PR will be issued with an FN-made QD suppressor, cleaning kit, four 20-round magazines, and two 10-round magazines. Of note, the rifleman shown using the SCAR is also armed with what appears to be the new French Army Glock.