South Carolina-based FN America on Tuesday announced they were expanding caliber and color options for the popular SCAR 20S series.

Based on the FN MK 20 SSR (sniper support rifle) first developed for USSOCOM, the SCAR 20S was first released two years ago on the consumer market in an FDE version chambered in 7.62 NATO. Moving forward, the FDE will still be an option, as will a new matte black finish. Further, 6.5 Creedmoor has joined the lineup.

While the standard 20S in 7.62 uses the SCAR’s distinctive muzzle device, the new 6.5CM version will sport a Surefire ProComp 762 muzzle brake/compensator, which is billed by SureFire as greatly reducing recoil impulse. The cold hammer-forged and chrome-plated 20-inch barrel uses a 1-in-8 right-hand twist and is crafted from FN’s legendary machine gun steel. 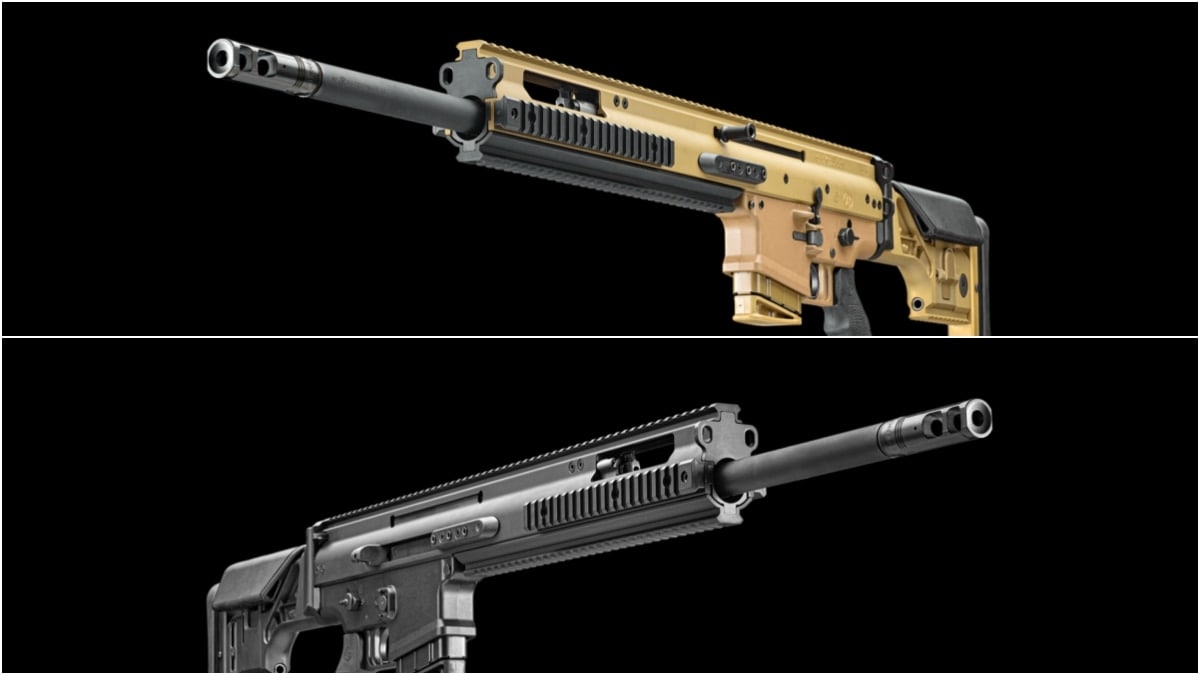 “The 6.5mm Creedmoor has taken the long-range shooting market by storm with its increased efficiency, reduced recoil, availability and price of high-quality match-grade ammunition coupled with a cartridge design that is inherently accurate,” said FN in a statement, noting that the company first prototyped the 6.5CM in the MK 20 SSR in 2019 “when USSOCOM announced plans last year to explore the cartridge for future adoption.”

As with the standard FN SCAR 20S, the new versions have an extended monolithic receiver, two-stage Geissele Super SCAR trigger, and the FN MK 20 SSR precision stock which is adjustable for length of pull and comb height. When it comes to specs, the rifle, sans optics and mag, tips the scales at 11.5-pounds. The overall length is 43-inches with the stock fully extended.

Guns.com will have more complete information from SHOT Show, both on the updated SCARs and the rest of the new hardware, so watch this space.

For more on how FN makes their guns, including the SCAR series, check out our Select Fire factory tour of the company’s Columbia, South Carolina plant last summer.