Colt Python Reboot for 2020 Goes the Distance at SHOT Show

The updated and recently-reintroduced Colt Python .357 Magnum revolver was the topic of many conversations at SHOT Show.

Long whispered about on Colt forums and formally announced earlier this month, the rebooted Python is new for 2020 after a 15-year hiatus. Available in stainless 4.25-inch and 6-inch variants, the guns have been much updated from the old hand-fitted snake guns of the now-classic Python line. The new guns are reportedly stronger, more durable and made to tighter tolerances than the Python of old. 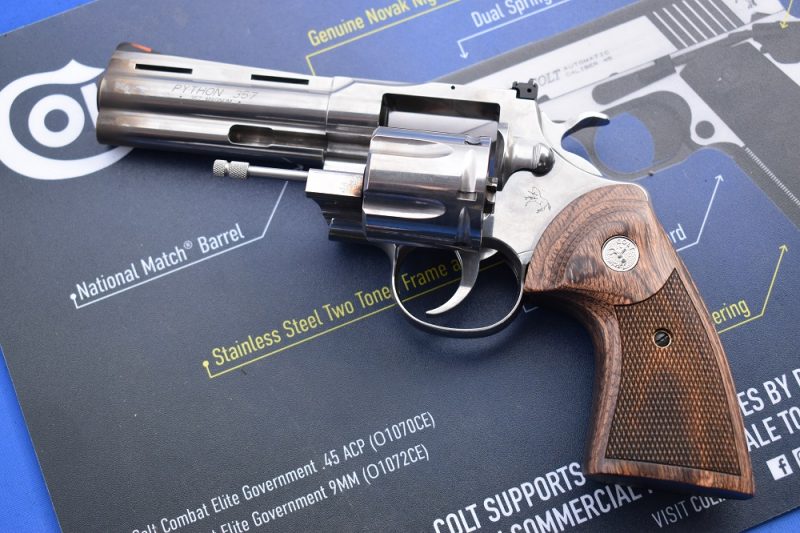 The “semi-bright” stainless finish on the new Colt Python after running hundreds of rounds on Industry Day. Colt tells us they fed the two shooting models on hand Monday over 4,000 rounds with no issues. (Photos: Chris Eger/Guns.com)

When are the blued models coming? It is on the radar, Colt tells us, informing Guns.com that some 2,200 of the new models have already shipped out to distributors with more on the way.

Changes that came as part of the reboot included re-designing the internals to trim the number of parts (14 less to be exact), thus streamlining the trigger group, while improvements were made to reinforce the new Python through the use of stronger stainless steel alloys. The results say Colt, is that the upcoming Python has a smooth-as-butter trigger, and is more reliable, easier to maintain, and more robust.

“The testing process included over 40,000 trigger pulls on a single Python,” said Colt in a statement. “Trigger pull scans show lighter trigger pull weights, less friction and increased consistency, re-enforcing the Python’s reputation as a gun that can be heavily used and passed down through generations.”

Other features include a recessed target crown, user-interchangeable front sight with a red ramp, an adjustable rear, and an updated walnut grip with a gold Colt medallion. The double-action trigger pull is listed as 7-to-9.5 pounds. The overall width is 1.55-inches while the height is 5.5-inches. The barrels are both 1:14 LH twist with 6 grooves.

The new Colt Python .357 Magnum is set to retail for $1499 MSRP. This puts the Python about $200 more than the Colt Bright Cobra and in about the same price range as the Dan Wesson 715 and S&W Competitor Performance 686.

How is the new Colt Python going to affect prices and values on classic 20th Century Pythons? Likely not at all for collectible guns in excellent shape which should indeed remain collectible. However, guys trying to hawk beat-up shooter-grade snakes for more than the cost of a new Python may be fighting an uphill battle. Nonetheless, it looks like Colt is on track to keep embracing their wheelgun past, and the public loves it. 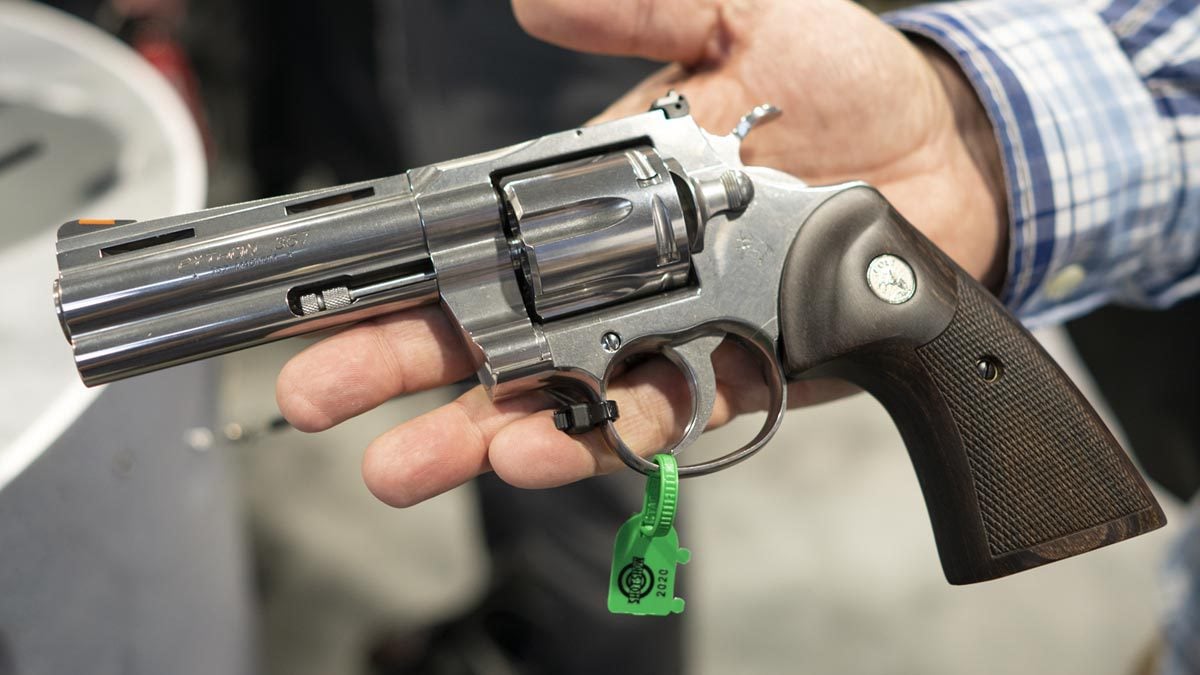 And as for AR-15s for the commercial market? Colt tells us you can bet that is going to resume once the company’s current rifle production line gets some breathing room on their current full plate of military contracts. Stay tuned.