Sig Sauer served up an assortment of new red dot ready pistols as well as a brand new rifle to consumers at SHOT Show in Las Vegas.

The most talked-about item in Sig Sauer’s inventory was its new Cross Rifle, which queued up long lines at Sig’s range day as well as a bevy of interested lookers on the show floor. The Cross Rifle comes chambered in 6.5 Creedmoor, .308 Winchester, and Sig’s .277 Fury. 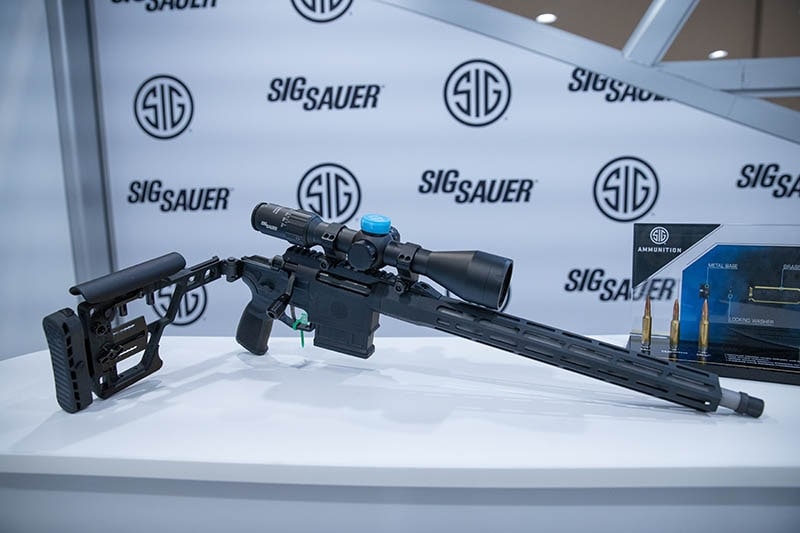 Weighing in at 6.8-pounds, the rifle offers an adjustable buttstock — side folding for carry — two-stage 3-pound match trigger, Picatinny rail, and threaded barrel. Barrel size varies based on model with the 6.5 Creedmoor bringing an 18-inch barrel while the .308 Win and .277 Fury deliver a 16-inch barrel.

Perfect for precision hunting, the Sig Cross Rifle is designed to fold compactly so it can easily slip into a hunting pack or backpack for convenient carry. MSRP is set around $1,799. 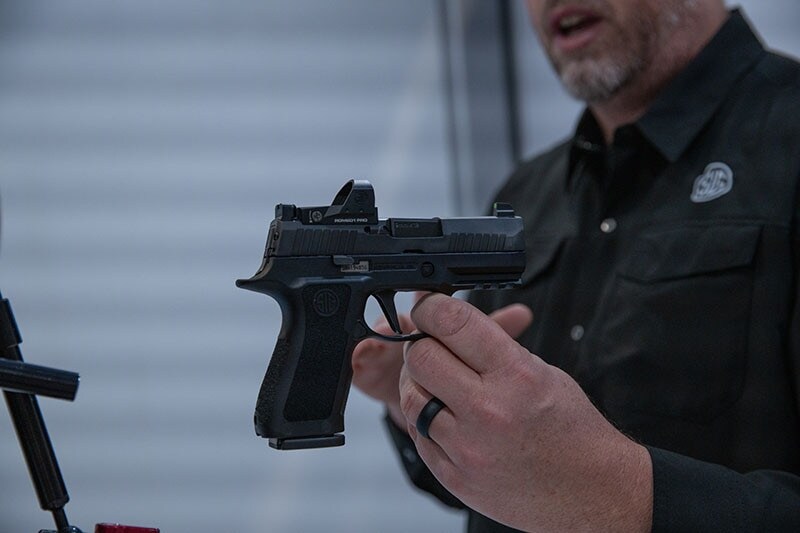 On the entry-level side, the P320 RXP Standard Full Size and Compact pistols use contrast style suppressor height backup sights that co-witness should the optic fail at any point. The P320 XFull and XCompact RXP offer a slight upgrade with X-Ray 3 Day/Night suppressor height sights and XSeries grip module. The XFull and XCompact RXP are priced around $899 with optic included while the Standard Full Size and Compact versions slip into the market for a little less. 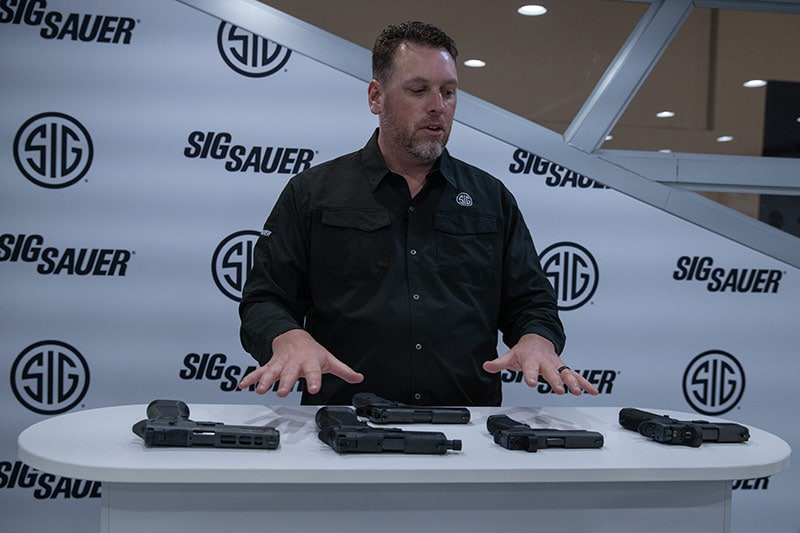 The innovation doesn’t stop there, though, with Sig unveiling two brand new pistols set to ship mid-2020. First up, the 320 Carry TacOps is a continuation of an older gun previously discontinued by Sig due to poor sales. This time around, though, the company is outfitting the new XCarry TacOps with some X-Series features in the hopes that it makes the platform a little more appealing. The revamped TacOps model will feature a flared magwell, adjustable SigLite Night Sights which are also compatible with Sig branded red dots, flat-faced trigger, and 4.6-inch threaded barrel.

In addition to the XCarry TacOps, Sig Sauer also revealed the new P210 Carry — a single action, aluminum-framed pistol with a 4-inch barrel. The P210 Carry boasts front and rear cocking serrations, G10 grips and night sights. Shipping around June 2020, the P210 Carry will likely carry an MSRP around $1,300.