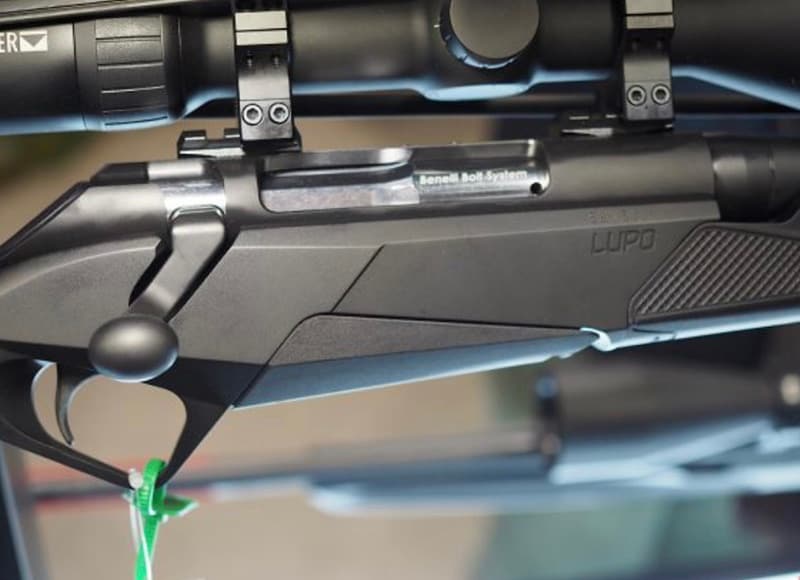 This closeup of the Lupo shows the two-piece stock, which fits around what is essentially a two-part receiver, half-steel, half-aluminum alloy chassis. (Photo: Kristin Alberts/Guns.com)

Benelli, a company known for innovation in the semi-automatic shotgun world, puts forth its first-ever entry into the bolt-action rifle world. Though the Lupo, the Italian word for wolf, is Benelli’s first crack at the bolt-action hunting rifle market, from the looks of things, this animal has been a long time in the making.

From a distance, the Lupo looks unassuming with its black synthetic furniture and matte black metalwork, but closer inspection reveals sleek lines and modern features. The Lupo makes use of seven existing Benelli patents, drawing from such things as the Crio barrel technology and Progressive Comfort recoil reduction system at the buttstock. A cryogenically treated, free-floating, threaded barrel is mated to a hardened steel barrel extension which is then bedded to a steel block in the alloy receiver.

Speaking of receivers, the Lupo essentially makes use of a two-piece receiver with an “upper” of hardened steel and the “lower” a chassis-like aluminum housing. Like many other companies going the route of lightweight production rifles, aluminum alloy helps shave weight, putting the Lupo at 7-pounds bare. 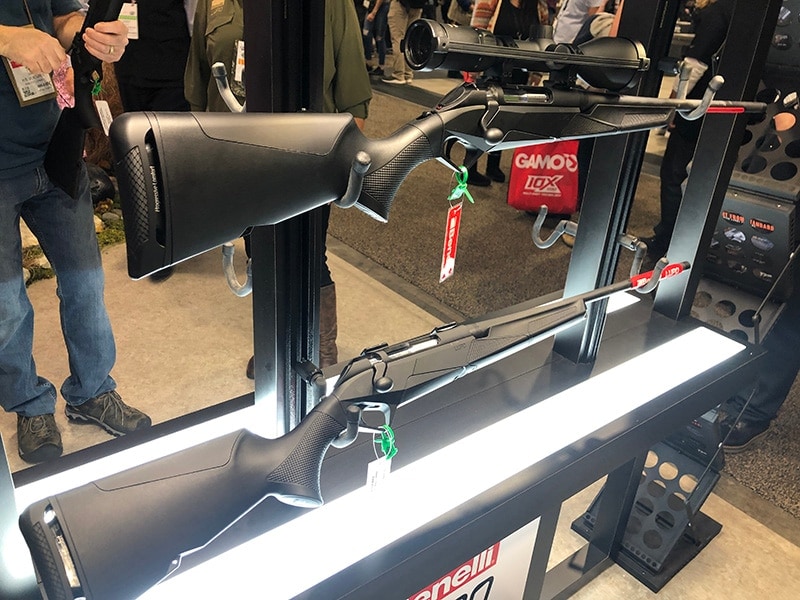 The Lupo’s modern lines flow through the unusually high magazine cutout, which allows for a flush fit. The back-swept bolt handle and trigger position are all designed for ergonomics. (Photo: Kristin Alberts/Guns.com)

Benelli’s detachable 5-round magazine is uniquely designed with a center divider for the double-stack style, and the mag fits flush with the base of the rifle as the sides of the receiver are cut out for its seamless inclusion. There’s an adjustable trigger and ambidextrous two-position tang safety. What the company calls a “two-piece Picatinny rail” resembles two-piece bases and allows for standard cope mounting. Benelli advertises sub-MOA 3-shot group accuracy from the Lupo’s chassis style design, which uses a two-piece stock system.

Reminiscent of the wildly successful Savage AccuFit stock system, which allows for both comb and LOP customization, Benelli introduces their Combtech cheek pads to the rifle world. Combtech pads can be interchanged to achieve custom riser height for the perfect optics-eye alignment. Unlike Savage, however, Benelli’s Combtech inserts also serve double duty in recoil reduction. The Lupo ships with a single Combtech pad, but other heights can be purchased from Benelli. The company also includes a set of shims that allow the shooter to tailor lengths of trigger-reach, cast, and drop. Spacers allowing for LOP extension can also be purchased at a later date. 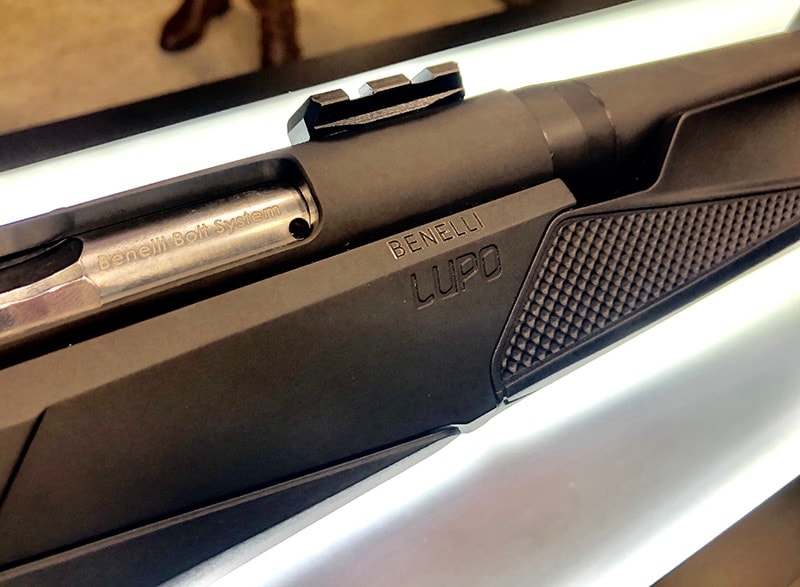 The Benelli Lupo, the company’s first-ever bolt-action rifle, was by far the biggest news around the Italian gunmaker’s SHOT Show booths. The Lupo will be chambered in .270, .30-06, and .300 Win Mag. (Photo: Kristin Alberts/Guns.com)