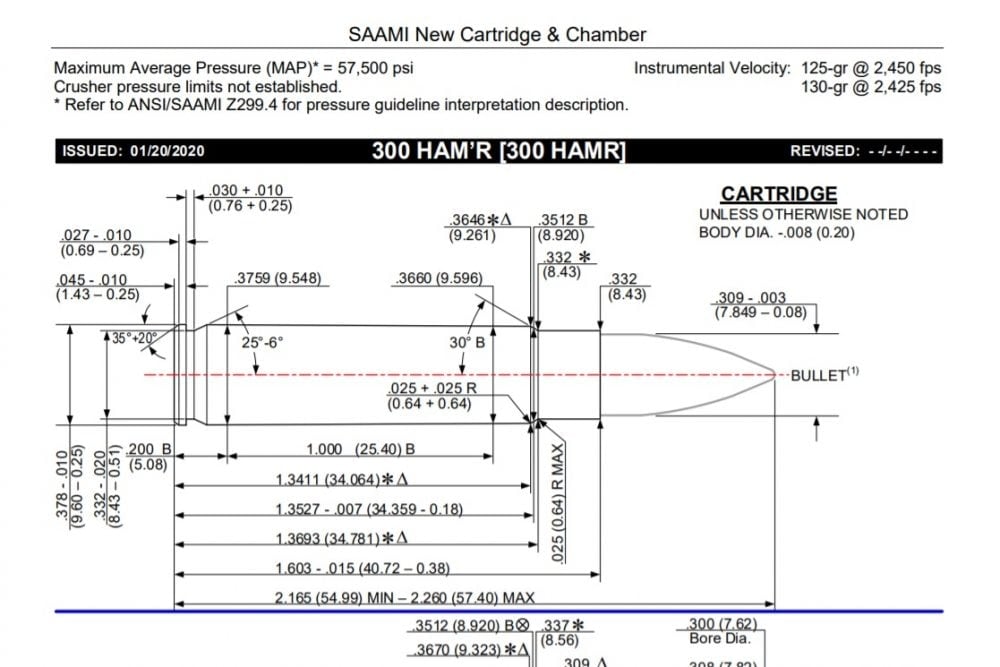 Bill Wilson, the father of the cartridge, said the 300 HAM’R was developed for “optimal terminal performance,” with the company saying at its introduction that “Terminal performance testing on over 200 Texas feral hogs has proven it to kill much more effectively than the 6.5 Grendel, 6.8 SPC, 7.62×39 or 300 Blackout.”

The company contends that the round is the most powerful 5.56-based .30-caliber cartridge that can be fired from the AR-15 platform using a standard .223/5.56 bolt.

Since its introduction, Wilson Combat has gone to market with several AR platforms chambered for .300 HAM’R.