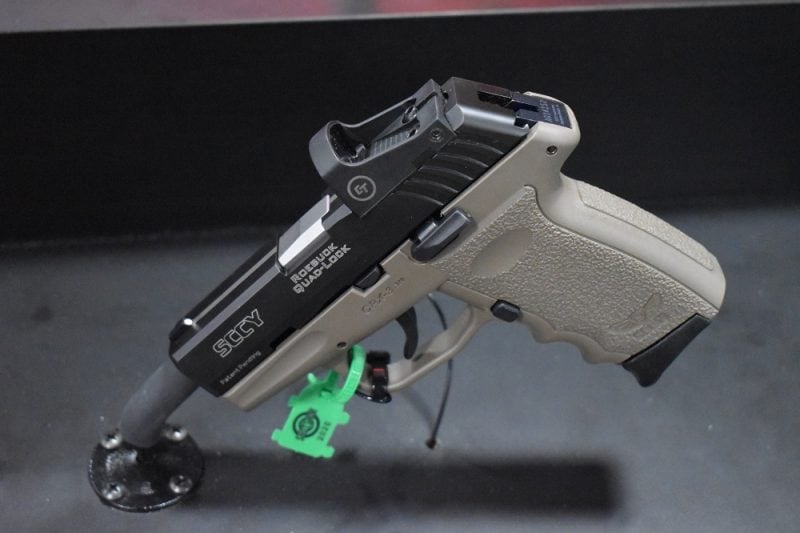 Last November the company announced a new series of pistols that features a Crimson Trace CTS-1500, a 3.5MOA auto-dimming red dot with over 20,000 hours of battery life and a three-year warranty. These will be mounted to SCCYs’s 9mm CPX-1/CPX-2, and .380 ACP-caliber CPX-3/CPX-4 series handguns. 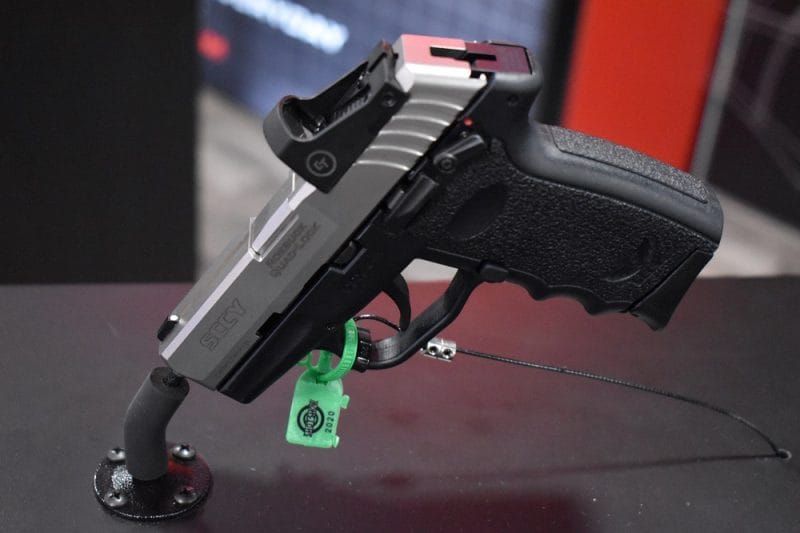 The trigger is DAO with a full-time 9-pound pull while the pistol uses an internal hammer firing system with an inertial firing pin to prevent accidental discharge if dropped. Magazine capacity is 10+1 on both .380 and 9mm models.

The CPX series pistols all use a receiver made of 7075‐T6 aircraft grade heat treated billet aluminum alloy, coupled with a stainless steel slide. The grip frame is made from Zytel polymer with finger grooves and an integrated recoil cushion on the backstrap.

Guntube vlogger Who Tee Who has been carrying a CTS-1500-equipped CPX-2 for the past few weeks and has been keeping a running commentary.

For a second opinion, the very knowledgeable Graham Baates has been running a CPX-3 with the same red dot.

A more refined pistol, the new 9mm DVG-1, with a straight 5.5lb trigger the company advertises as being very smooth, also made its debut recently. The DVG-1RD comes factory equipped with the CTS-1500 red dot for an MSRP of $389, while you can get it sans dot for $100 bucks less. 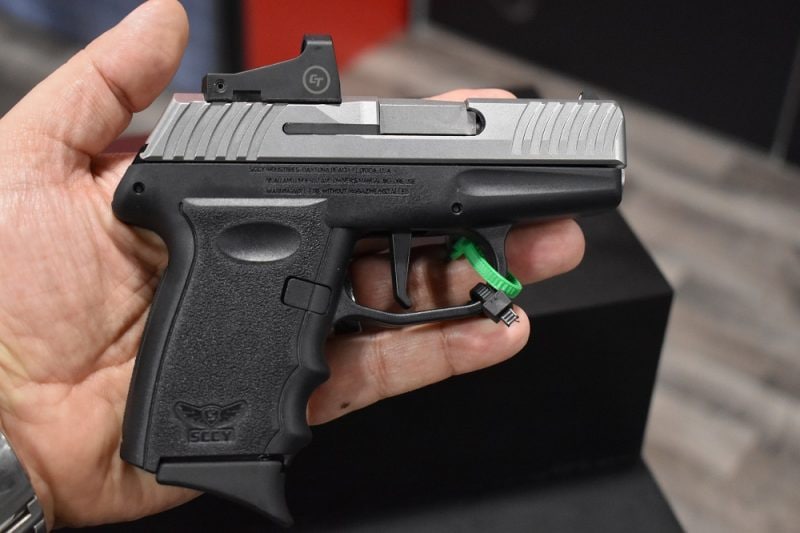 The new DVG-1, with a flat-faced straight trigger that breaks at 5.5-pounds, is also available in a CTS-1500-equipped version.