What Handgun Represents Your Generation

Yeah, yeah, it sounds like clickbait, but it’s not– we took a serious look at each recent American cultural generation and matched it to the best-known or most ground-breaking new handgun from that era.

Those who were born in this era became adults during the Great War and the Roaring Twenties, moving from the last days of the Old West into the brave new world that was the 20th Century. Perhaps one of the most important handguns born inside that generation was John Browning’s No. 1 pistol, which reached production as the FN Mle. 1900. 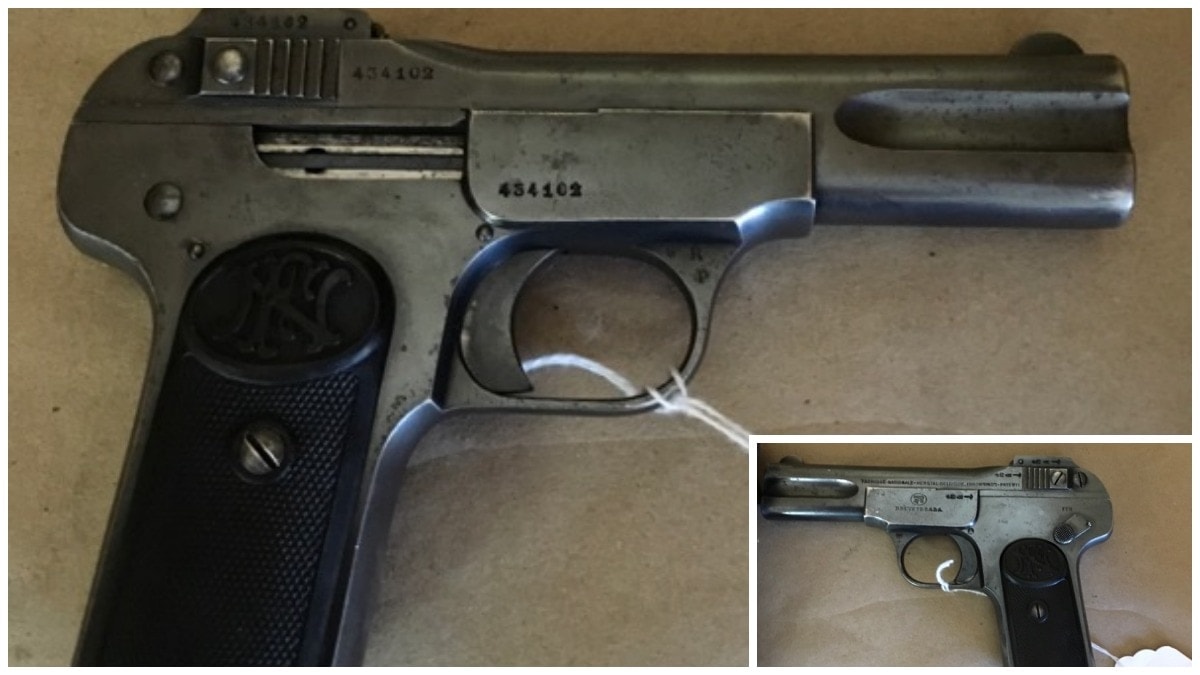 Designed in the late 1890s, the .32 ACP-chambered blowback pistol was, unlike many early semi-autos, reliable. Further, it was compact, being just 6.8-inches long overall and 4-inches high, arguably capable of being carried in a pocket. President Theodore Roosevelt even owned an M1900, which he reportedly kept either on him or by his bedside.

Over 700,000 FN 1900s were made in Belgium while untold thousands of unlicensed copies across the quality spectrum were produced around the globe. Many of the operational aspects of the pistol were recycled by Browning into other designs of his that are still in production today.

The individuals who came of age during the dark years of the Great Depression and World War II, it was up to this generation to liberate Europe and Asia. With this in mind, it is a no-brainer that possibly the best handgun born alongside the Greatest Generation was one they would often carry on the battlefield– the M1911. 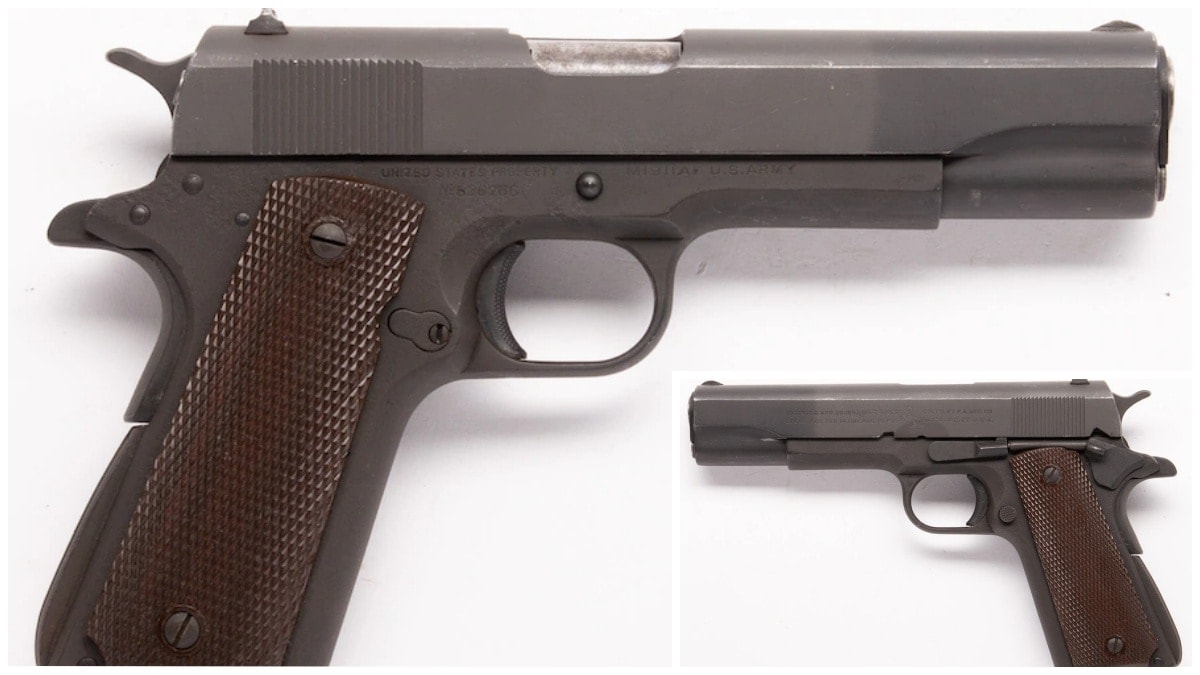 Never out of production in the past 109-years, the M1911 series is now made overseas for U.S. import while there is no shortage of domestic gun makers who crank out their take on the platform, in various slide/barrel lengths and with all sorts of upgrades that Browning could have never foreseen.

Born after WWI and running through WWII, the Silent Generation would become adults during the era of the Korean and Vietnam wars. While many great pistol designs were likewise put into production for the first time during this same period– the Walther PP, P-38, Browning Hi-Power, et.al.– we would be remiss if we did not tip the hat to the first production .357 Magnum revolver, Smith & Wesson’s Model 27. 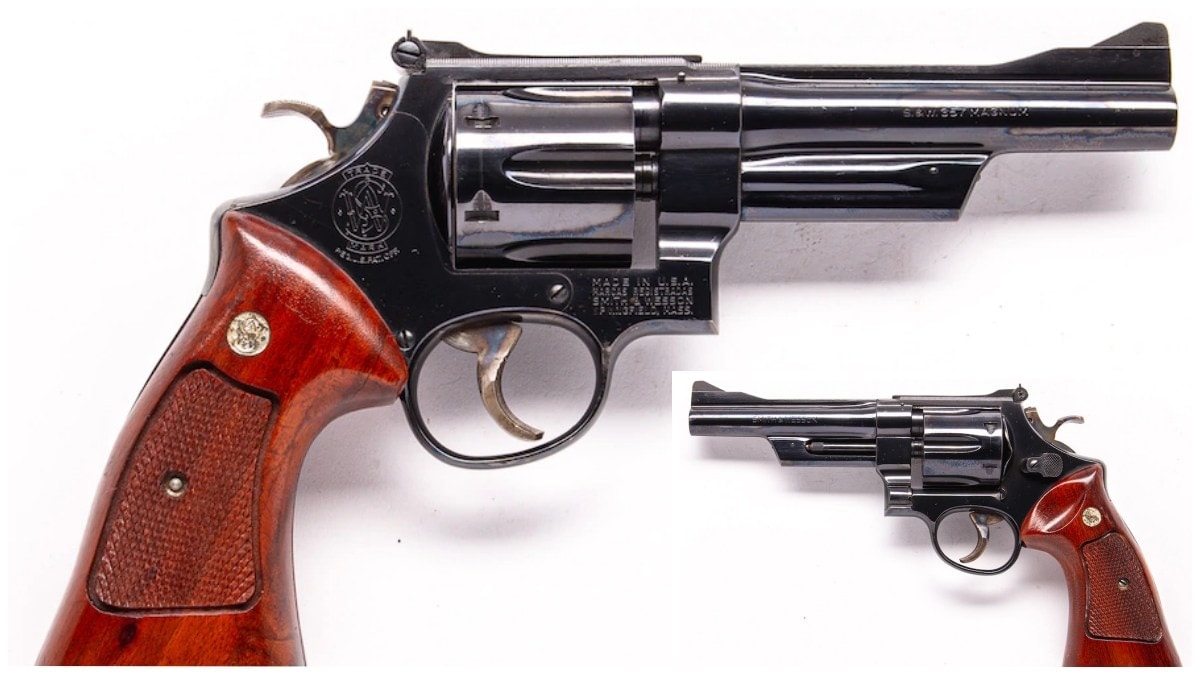 With early guns termed Registered Magums, the S&W Model 27 was introduced in 1935 with firearm historian Roy Jinks describing this N-frame as, “The most important handgun developed in the 20th Century.” Big Blue’s first revolver to used a counter-bored cylinder to protect the rim and, being the most powerful handgun available on the commercial market at the time, was a custom order piece through 1939.

Modified with a short-throw hammer after WWII, the model was only dubbed the Model 27 in the 1950s but has remained a solid performer for Smith, who still makes the gun today.

It was the Boomers who grew up as one of the first generations to have a TV in their home, and, while often quick and ready fans of hoglegs that were already nostalgic in that era– such as the Colt 1873 Peacemaker and M1911s seen in Westerns and WWII combat programs– their time saw an important introduction to American gun culture. Yup, they were born alongside the introduction of the domestic-made 9mm handgun to the States. 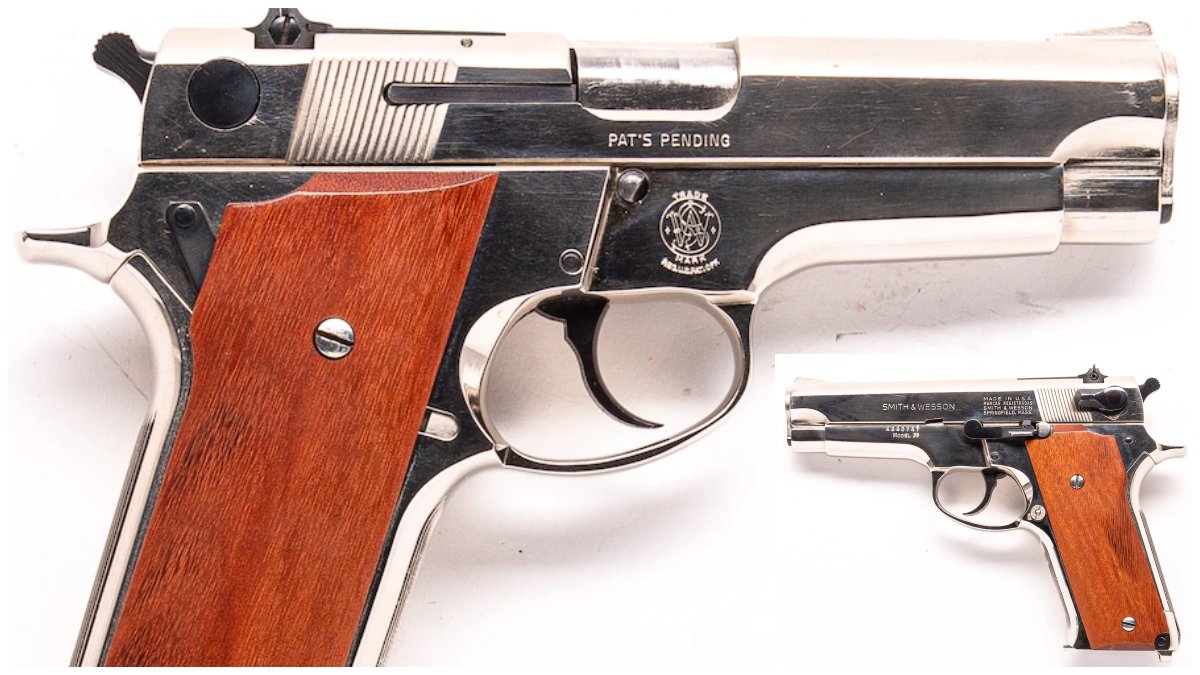 The S&W Model 59, born out of the earlier 39, was America’s first home-grown double-stack 9 milly.

Courting a possible Army contract to replace the M1911, Smith & Wesson submitted early X100-series pistols to the military starting in 1948. While the contract evaporated, the company went to market with a more fleshed out design in 1955 and the Model 39 was born. Later stretched to a double-stack 15+1 capacity to become the Model 59, the rest in 9mm history.

While overseas during this period several very nice double-stack 9mm pistols hit the market for the first time– the CZ 75, Beretta 92, and Sig P220 for instance– here in America perhaps the most popular new Gen X period handgun was Harry Sefried’s Security-Six/Service-Six/Speed-Six revolvers, followed by the scaled-up Ruger Redhawk, which was born in the same era. 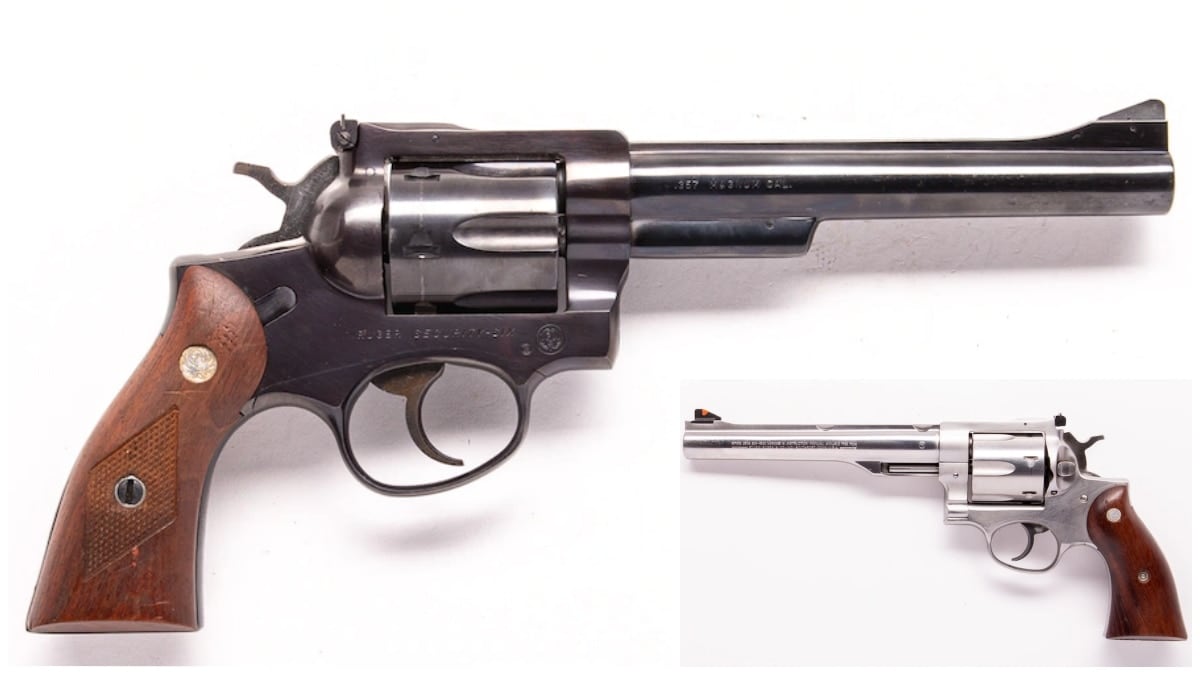 The .357 Magnum Ruger Six series, along with the .44 Magnum Ruger Redhawk, inset, were both introduced during Gen. X.

The company’s first double-action revolver, the thick new Rugers became wildly successful, with more than 1.5 million of the medium-framed Six series produced alone. While the Sixes were replaced by the GP100 in the 1980s, the Redhawk line is still going strong.

A generation that was old enough to see the dawn of the Millenium, the Millennials grew up in the computer age, witnessed big hair bands and Grunge come and go, and lived in the age where seemingly all of the cool new handguns were “plastic.” While polymer-framed guns had already popped up on the radar during Gen X, it was the Millennials whose time became Glock-o’clock. 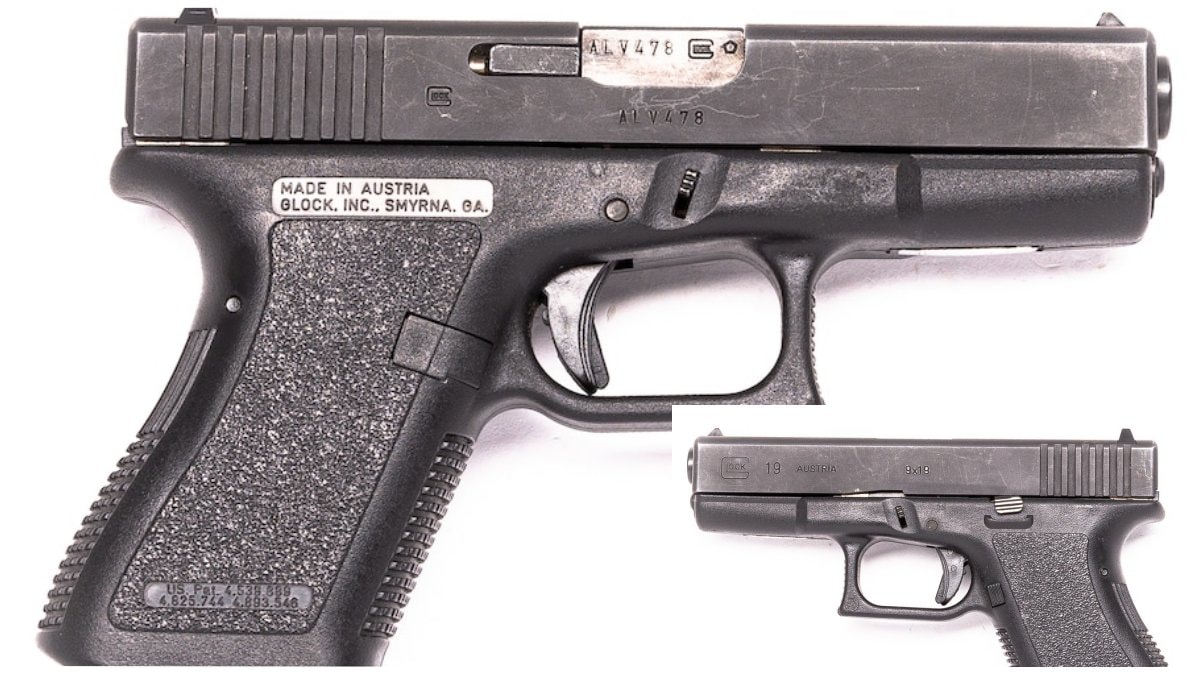 Adopted by the Austrian Army in 1980 as the Pistole 80, by 1986 ads for the Glock G17 were running in American Handgunner with the more compact 15-round G19 following just a couple years later. The invasion of “plastic fantastics” helped heap dirt on the graves of S&W and Ruger’s wondernines of the same era and those companies soon switched gears by the mid-1990s to polymer, joining the club.

Moving past your early generations of polymer pistols that had to be customized with Dremel tools and skateboard tape, Gen Z shares an era that saw the world’s first commercially available handguns that sported a removable, serialized chassis. This allowed owners to buy new grip modules in a wide variety of colors and sizes, then simply swap out the chassis from grip to grip. Early pistols with the technology included the Steyr M-series pistols and the Sig P250.

Today the concept is common, being used by the Beretta APX and Sig P320, among others. 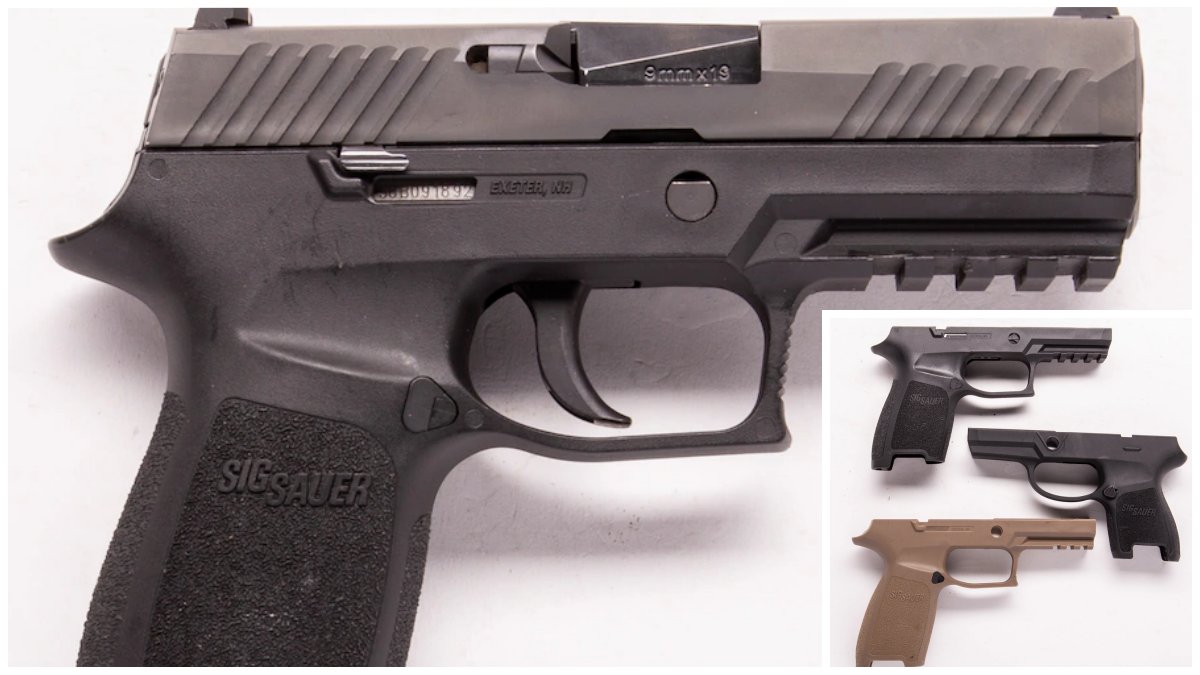 Gen Z saw the birth of pistols with a removable, serialized chassis, which led to guns like today’s Sig P320.

Generational scholars tell us we are currently on what is being termed, “Gen Alpha,” which began around 2013 and will run through the mid-2020s. While several innovative guns have already been delivered to the market in the past several years, such as double-stack micro-compacts like the Sig Sauer P365 and Springfield Armory Hellcat, along with new race guns with forward-looking features like the Walther Q5 Match SF and Laugo Alien, we will reserve naming a Gen A handgun for a while.

You never know what the future holds.