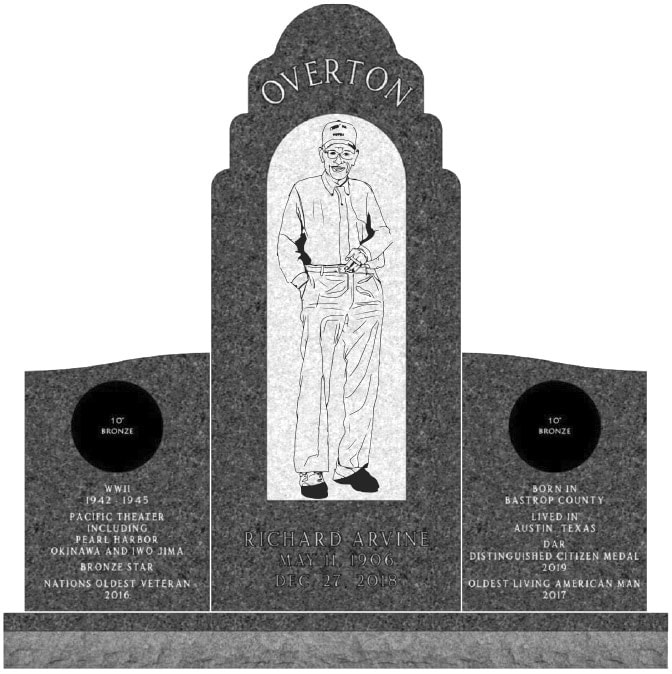 The planned monument for Richard Overton will honor the late veteran.

Fundraising is underway for a monument to honor the late Richard Overton. Overton, who passed away on Dec. 18, 2018, at the age of 112, was not only America’s oldest living Veteran but also the oldest man in America.

The planned monument was designed and will be built by Gilbert Beall. The monument will be unveiled on Overton’s birthday, May 11, 2020, at his final resting place in the Texas State Cemetery in Austin, Texas. A fundraising event is also set to take place on March. 5, 2020 at Bob’s Steak & Chop House in Austin.

Overton joined the army on Sept. 3, 1940, and served in the South Pacific until 1945. After the war, he settled in Austin, Texas where he worked at a furniture store. Later in life, he gained somewhat of a celebrity status not only because of his age but also how he claimed to maintain his health. He credited his longevity to smoking cigars and drinking whiskey. He hung out with the likes of Texas Governor Rick Perry and President Barack Obama.

Guns.com had the honor of visiting Overton at his home in Austin, Texas in the spring of 2015, giving us a tour of his firearms kept around the house for protection and enjoyment. His go-to gun was a Browning Auto-5 12-gauge shotgun, almost as old as him. The Auto-5 was the first successful semi-automatic shotgun and was produced from 1905 until 1998.

Overton’s favorite guns were his revolvers, of which he kept two by his bed. 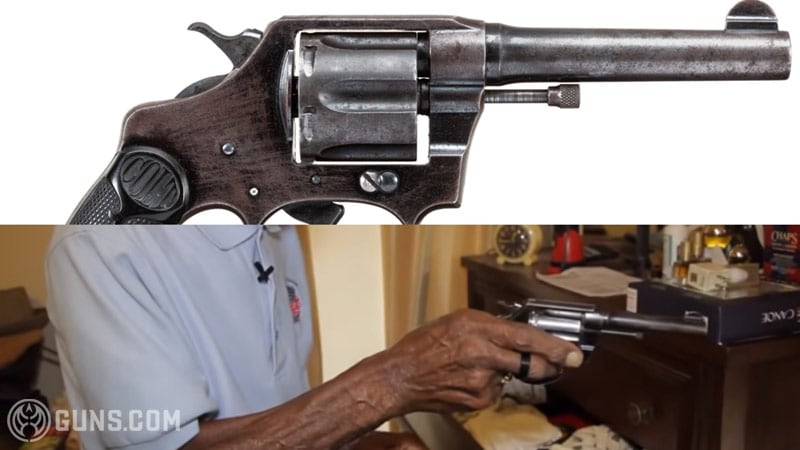 The first was a Colt Police Positive chambered in .38. It’s an old one, probably around 1920s production, judging from the period Bakelite grip. 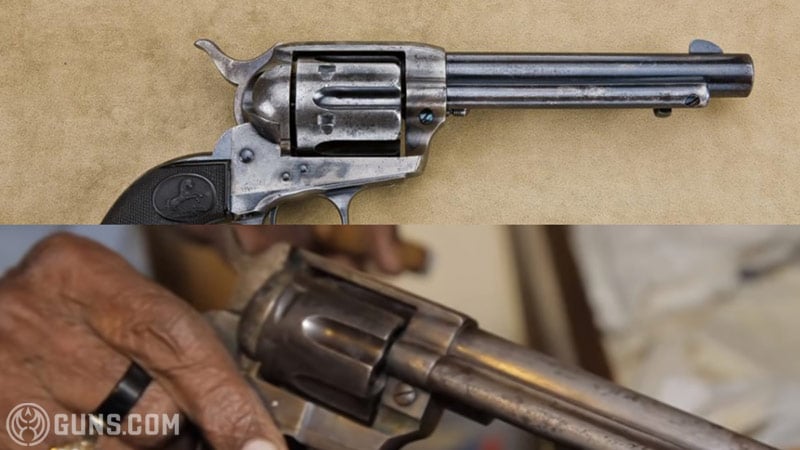 The second was a first-generation Colt Single Action with a 7.5-inch barrel in a very long cartridge, probably .32-20, judging from the cylinder flutes. However, the overall patina, ‘aged ivory’ orange grips and large base pin screw make it look like an Italian clone, possibly a Uberti Rooster. Safe to say, it is a Colt SAA or clone.

Both were loaded, but neither had a round under the hammer. When asked if he liked revolvers, Overton answered, “Oh yeah. I don’t have one if it ‘ain’t loaded. I leave one of them things right there by my bed when I go to sleep.” 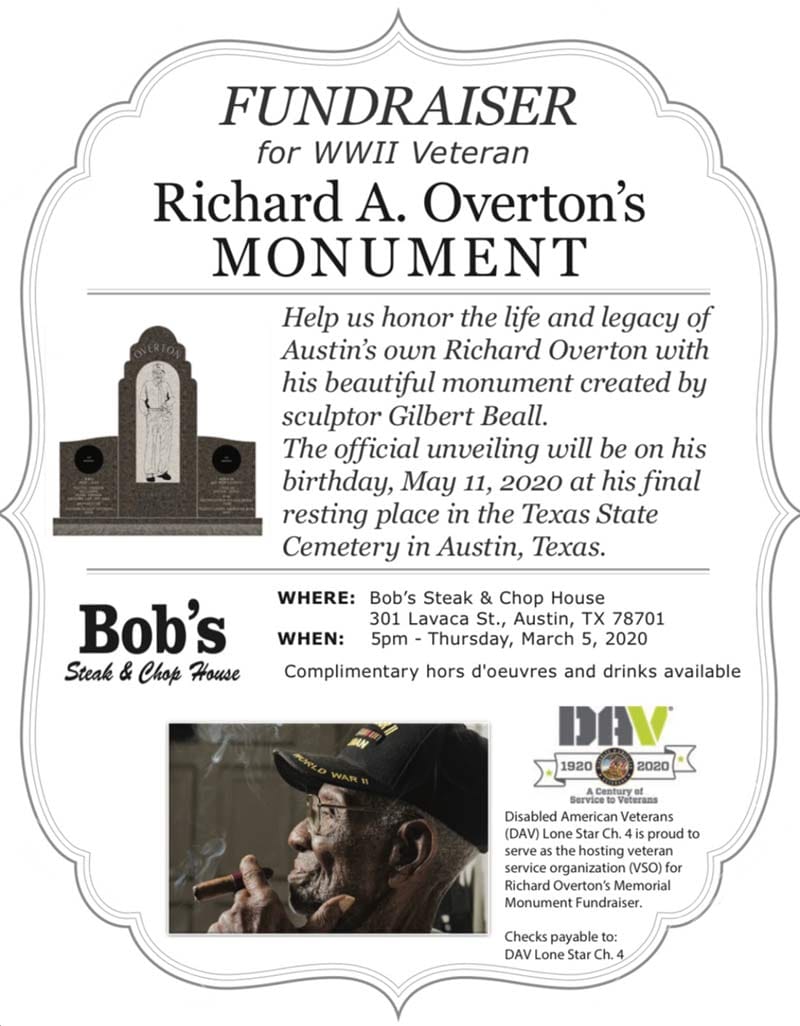 The invitation to the fundraiser to honor Richard Overton.