Select Fire: Getting an Adrenaline Rush at Gunship Helicopters

On this episode of Select Fire, we trekked out to Gunship Helicopters in the Mojave Desert to hang out, shoot some cool stuff, and bask in some rotor wash.

Established in 2015, Gunship Helicopters is based at their own helipad on a 71-acre private shooting range about a half-hour drive from Las Vegas. While in town for SHOT Show, we met up with the crew there to see what it is all about.

The helicopter of choice for the operation, an Airbus AS350– popularly known as an A-Star– is nimble and can reach speeds of 120 miles per hour. Among the most popular commercial aircraft around the world, the A-Star is used in everything from medical and law enforcement services– they are popular with Border Patrol– to military use.

For use at Gunship Helicopters, the doors are open so the person shooting can sit inside and be belted in while aiming at steel targets and aircraft wreckage on the mountainside hundreds of yards away. 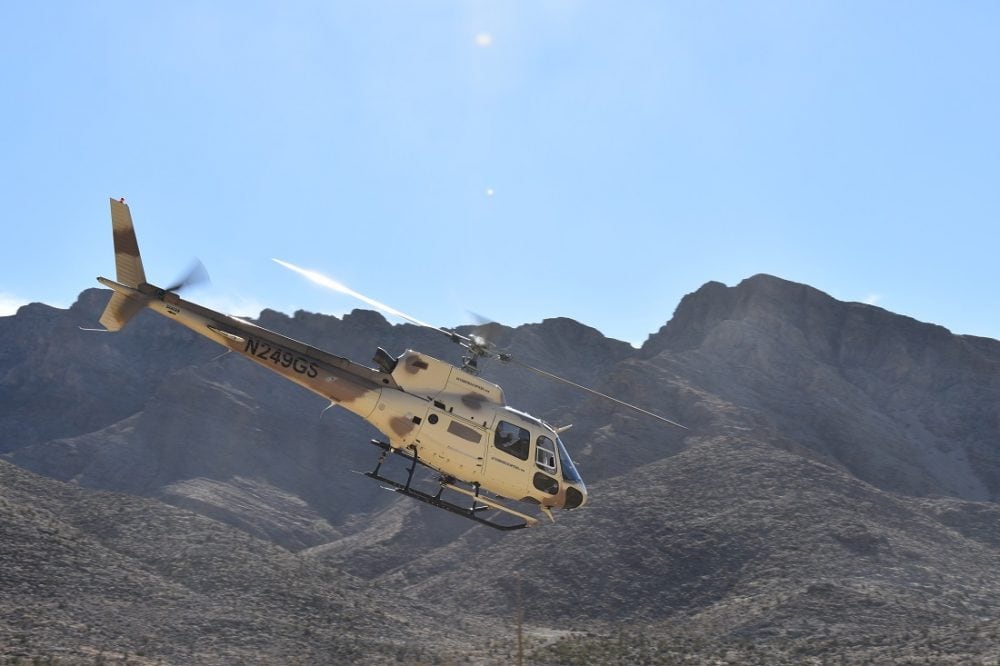 The A-Star is the “helicopter” part of Gunship Helicopters. (Photos: Chris Eger/Guns.com) 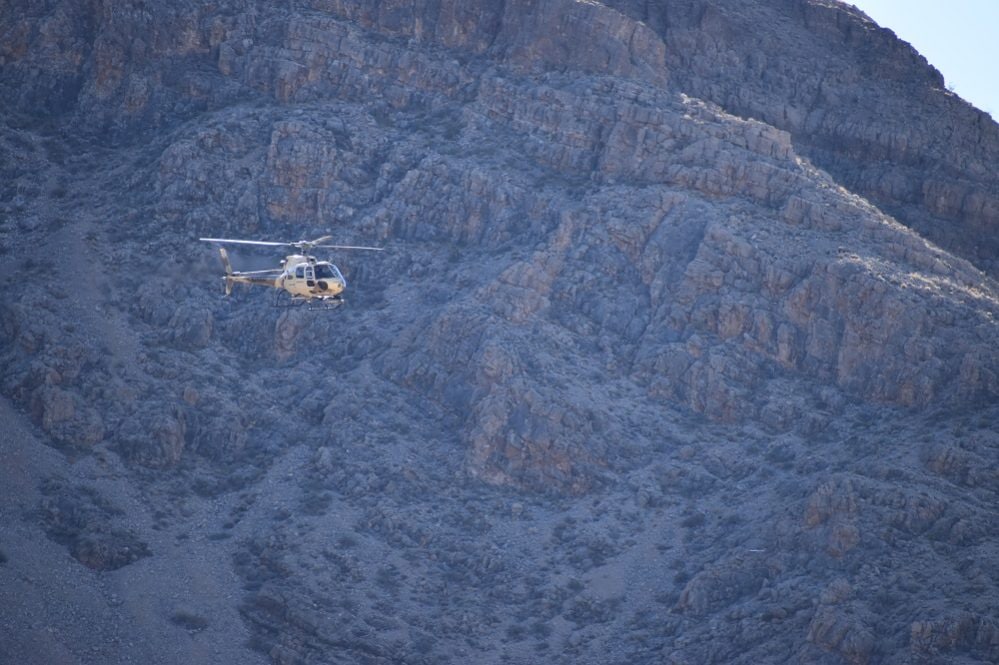 The A-Star is perhaps best known for having excellent high-altitude performance, which coupled with limited noise interference, makes it a no-brainer for use at Gunship Helicopters.

The pintel mounting on the port side of the modified A-Star can fit a variety of weapons. The go-to for Gunship Helicopters is an FN M249 SAW, the same popular 5.56 NATO belt-fed light machine gun used by the U.S. Army and Marines for a generation. 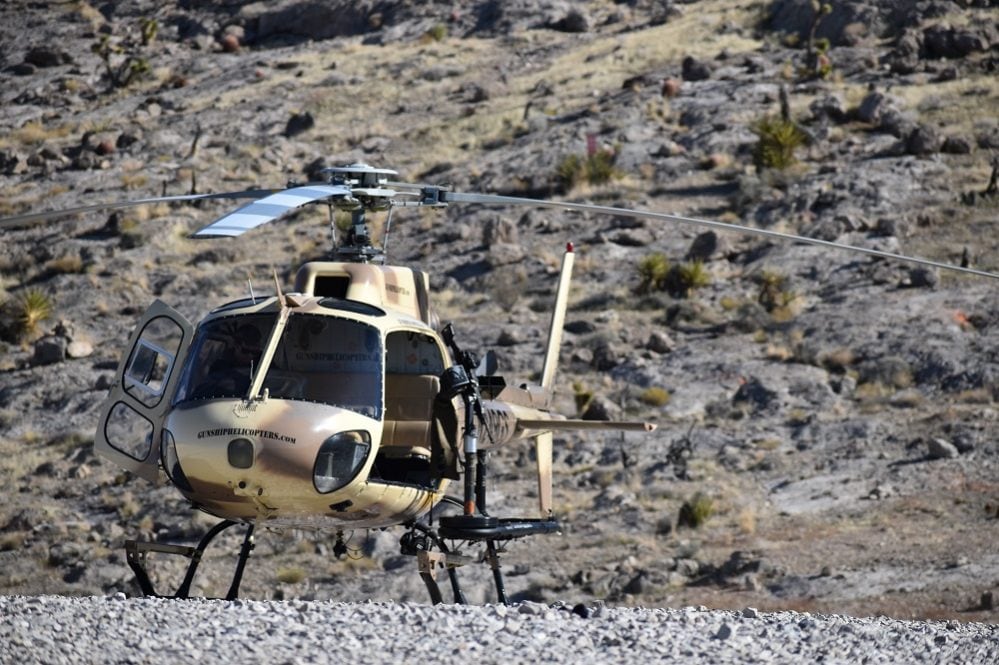 The most common weapon fit for the A-Star at Gunship Helicopters is the M249 SAW. 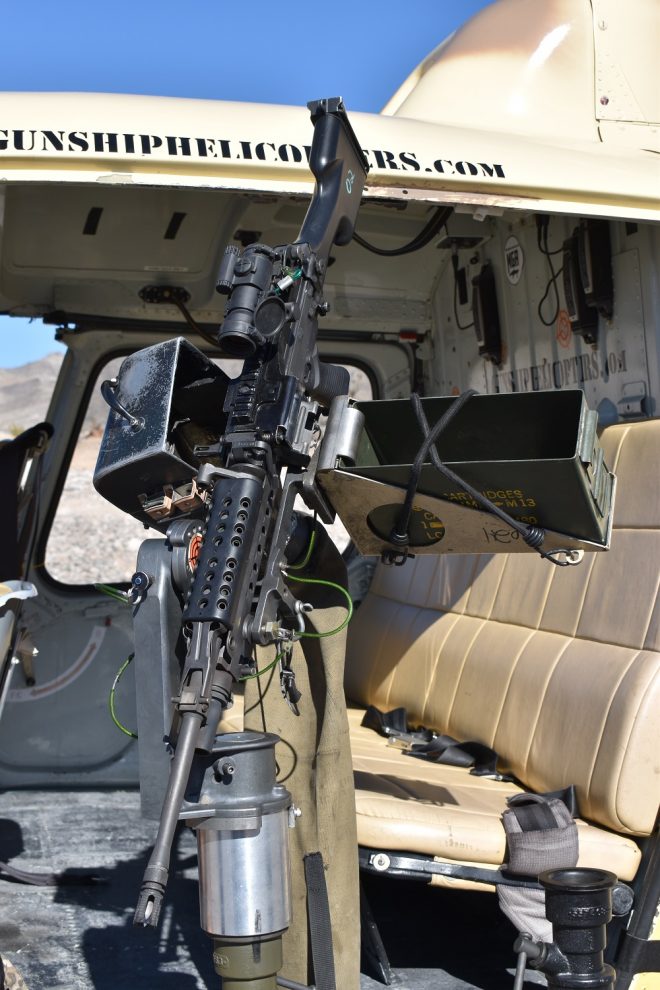 With a rate of fire approaching 800 rounds-per-minute, the SAW can chew through a 200-round belt with ease.

Running 100-rounds through the SAW from the A-Star while zipping around the desert is an introductory package for Gunship Helicopters, starting at $550. While more than a steak dinner for two, it is still a great deal when you consider you get to hang out of a helicopter and squeeze off a belt of 5.56 NATO.

Other guns include an “M4 out the door” experience, where the client in the gunner’s seat gets an M4A1 with three mags. There are also options for running an HK MP5 9mm sub-gun or a booming M82A1 Barrett. We cheated and arranged to run an FN SCAR 17 for a flight.

There is also an M-134 Minigun option as well. The electrically powered six-barrel Gatling-style rotary machine gun has a high sustained rate of fire– some 4,000 rounds per minute. The price to make it rain with 400 rounds of 7.62 NATO through the M-134 while airborne is a little pricier, like $2,200.

When it comes to safety, Gunship Helicopters is on-point. Guests must complete an orientation, mission briefing and simulation on the ground before getting on the aircraft. 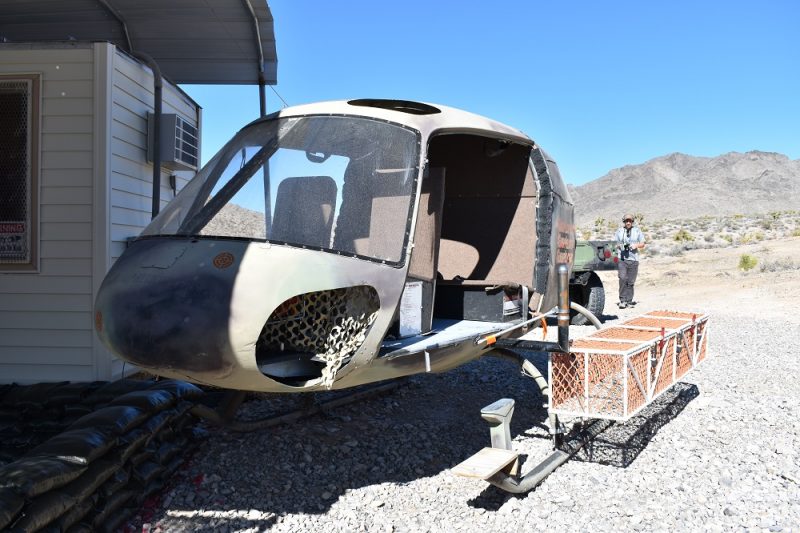 The A-Star ground simulator, where it is still OK to make mistakes while safely on the ground. 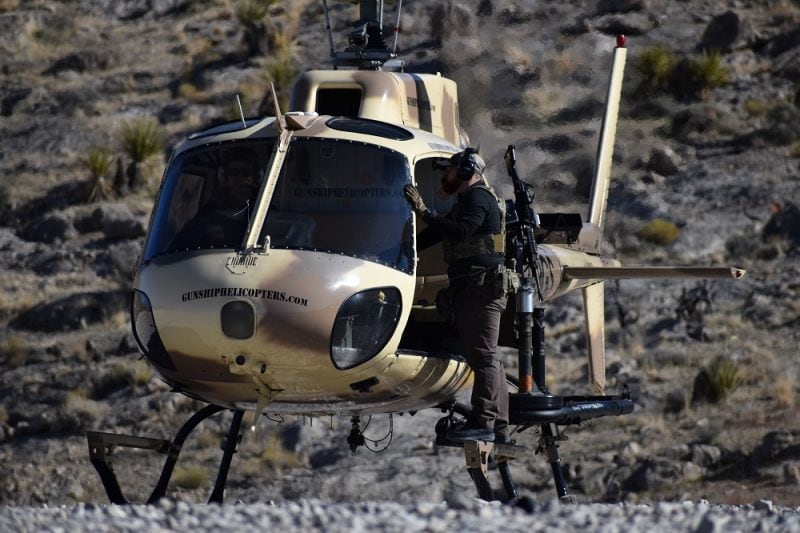 Additionally, there is an air range safety officer on the flight, who loads the gun, directs the passengers in its firing and is responsible for its operation.

No loose items are allowed in the cabin for safety, with rifles like the SCAR we used attached to the user by a sling with redundant retention. The minimum age to fly is 15– accompanied by a parent or legal guardian.

In addition to the gunship experience, the company has a plethora of other offerings for gun enthusiasts including a range with the Barrett M82A1 .50 cal and targets at 800-plus yards, access to armored vehicles like the M113 APC, a Minigun-equipped Hummer, and more. 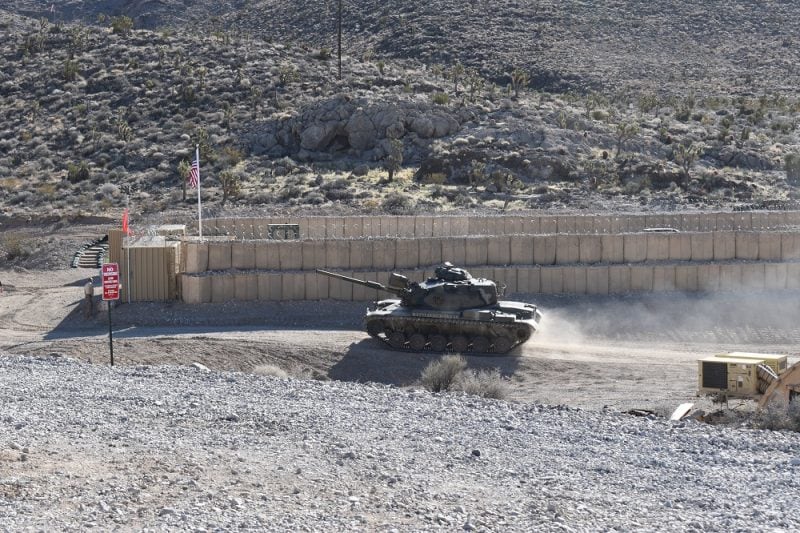 While we were there, an M60 main battle tank was making laps of the facility.

With the property containing an old circa 1905 copper mine– the Oro Amigo– there is lots of open space and safe targets dot the mountainside, some over 4,000 feet above ground level.

Besides the standard fare which caters to Vegas tourists, the folks at Gunship Helicopters also are available for film work, LE and security training utilizing UTM rounds if needed, skydiving lifts, industry events, defense contractor testing and other things you may want an armed helicopter for. Just give them a call at (702) 467-4613 or shoot them an email at info@gunshiphelicopters.com. 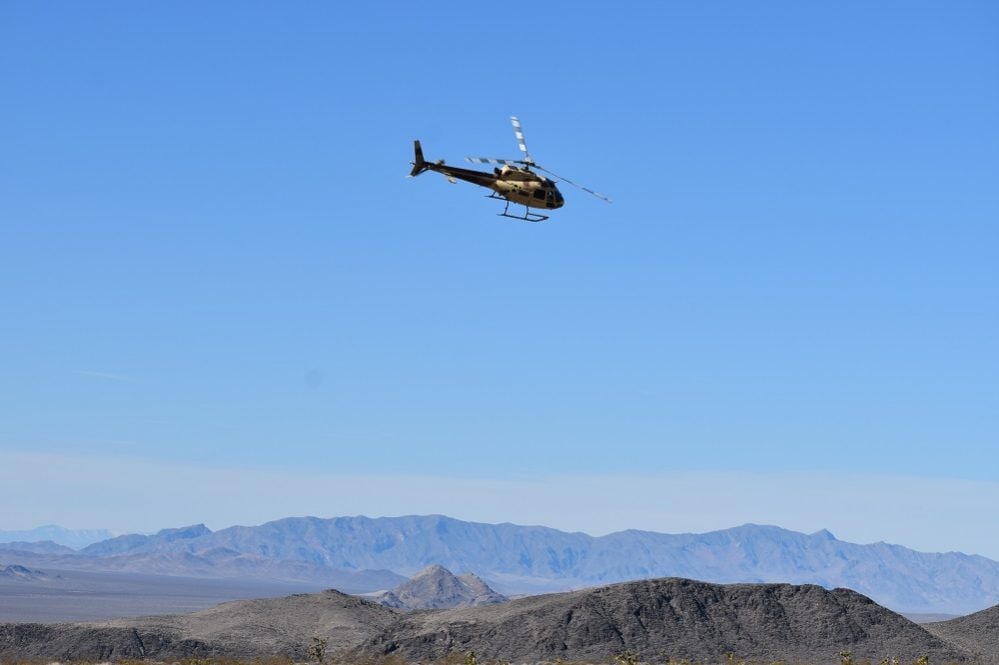 You can almost hear CCR in the background…or maybe Wheatus.

Love shooting but don’t plan to get airborne any time soon? Relax, we still have plenty of both guns and ammo in stock to keep you happy.