“Using the design, performance and reliability standards of the FN 509 family as inspiration, the FN 503 has been purpose-built to conceal quickly and discreetly without compromising on the features and performance FN customers require,” says the iconic gunmaker about the new striker-fired 9mm pistol. 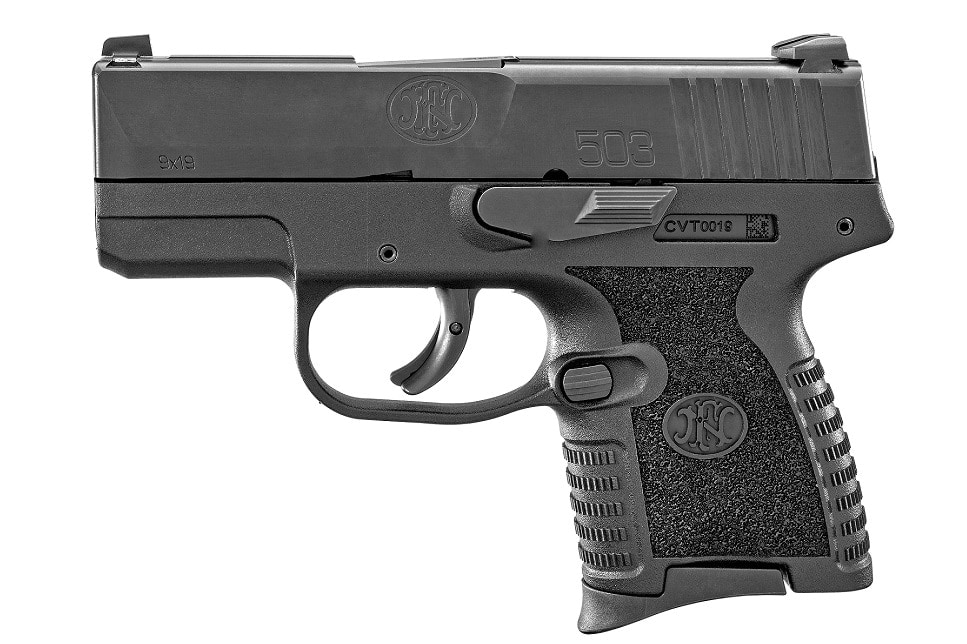 The FN 503 is the smallest current production concealable FN handgun and has a 6+1 capacity. (Photos: FN)

The FN 503 has a 3.1-inch barrel with recessed target crown which contributes to a 5.9-inch overall length. Some 4.6 inches high, the gun is slim– with a width of 1.1 inches overall. Weight is 21-ounces. For comparison, this puts the new FN in the roughly same size envelope as Glock’s single-stack 9mm, the G43. 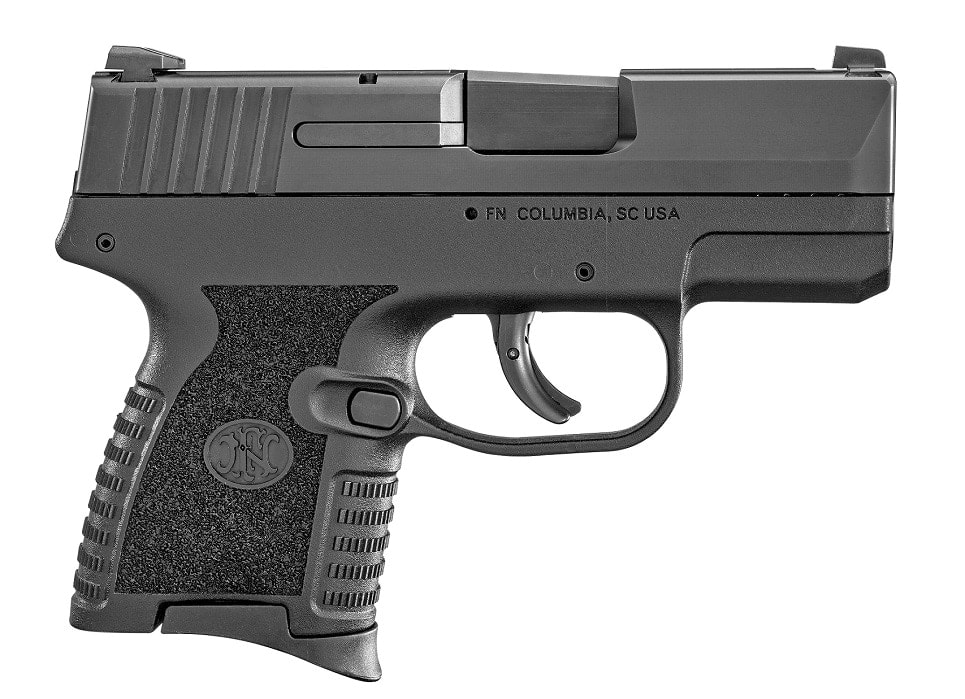 With snag-free sights on an FN 509 dovetail, the low-profile FN 503 has what the company bills as a “skateboard-tape” style grip texture.

When it comes to standard features, the FN 503 has enlarged surface controls and FN 509-style low-profile snag-free, three-dot iron sights. The FN 503 ships with a single 6-round magazine with a pinky extender and one 8-round magazine with grip sleeve in a soft-sided zippered case.

BROWSE ALL FN PISTOLS IN STOCK!