London’s Metropolitan Police have issued a call for the public to be on the lookout for five guns recently stolen that have been used in a number of 007 films.

In a statement, the Met reported that officers were called to a property in Aldersbrook Avenue, Enfield, on the evening of March 23 to a report of a burglary in progress. By the time the bobbies had arrived, however, the suspects had left the scene after being disturbed by neighbors.

The suspects, who drove away in a silver vehicle, are described as “three white males with Eastern European accents.” The men reportedly broken into the premises and stole five deactivated firearms used in James Bond films, believed to be worth more than £100,000 ($124,000).

“The firearms stolen are very distinctive and bespoke to particular James Bond movies,” said Detective Inspector Paul Ridley. “They will almost certainly be recognized by the public and to anyone offered them for sale.”

The 1973 film has Sir Roger Moore as Agent 007 traveling around the globe with stops in New Orleans and the Caribbean, where he uses the hogleg along with a beautiful shoulder holster and tactical turtle neck during the rescue of Solitaire (Jane Seymour). Bond switched to the Smith after a henchman with a metal claw for a hand crushed his Walther, as one does. 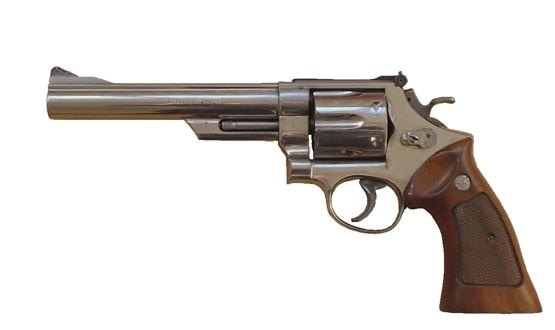 The Bond N-frame is reportedly nickel finished and has a 6.5-inch barrel. (Photos: Metropolitan Police)

Another iconic Moore-carried screen gun that has gone missing is a Walther PPK used in 1985’s A View to a Kill, which epically has a showdown in a blimp over San Francisco with Bond villain Christopher Walken. 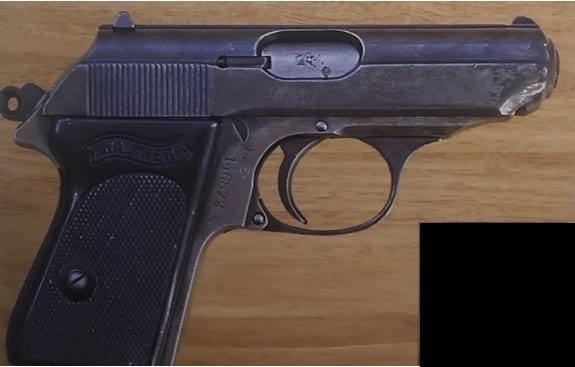 Three other Bond guns that were swiped were used in the production of Die Another Day, a 2002 Pierce Brosnan-as-Bond film perhaps is best known for Halle Berry as Jinx recreating Ursula Andress’s famous beach scene from 1962’s Dr. No.

The guns missing from that movie include Jinx’s stainless Beretta Tomcat .32ACP, serial number DAA264306, with a laser/suppressor attachment: 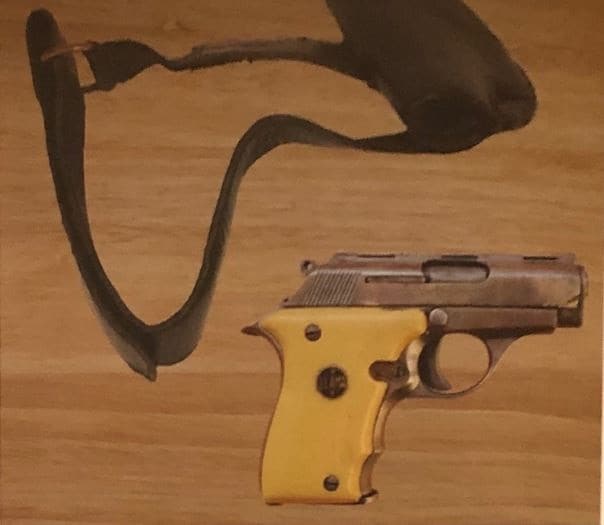 “The owner is very upset that his address has been violated and he truly hopes to be reunited with these highly collectible items, said Ridley.