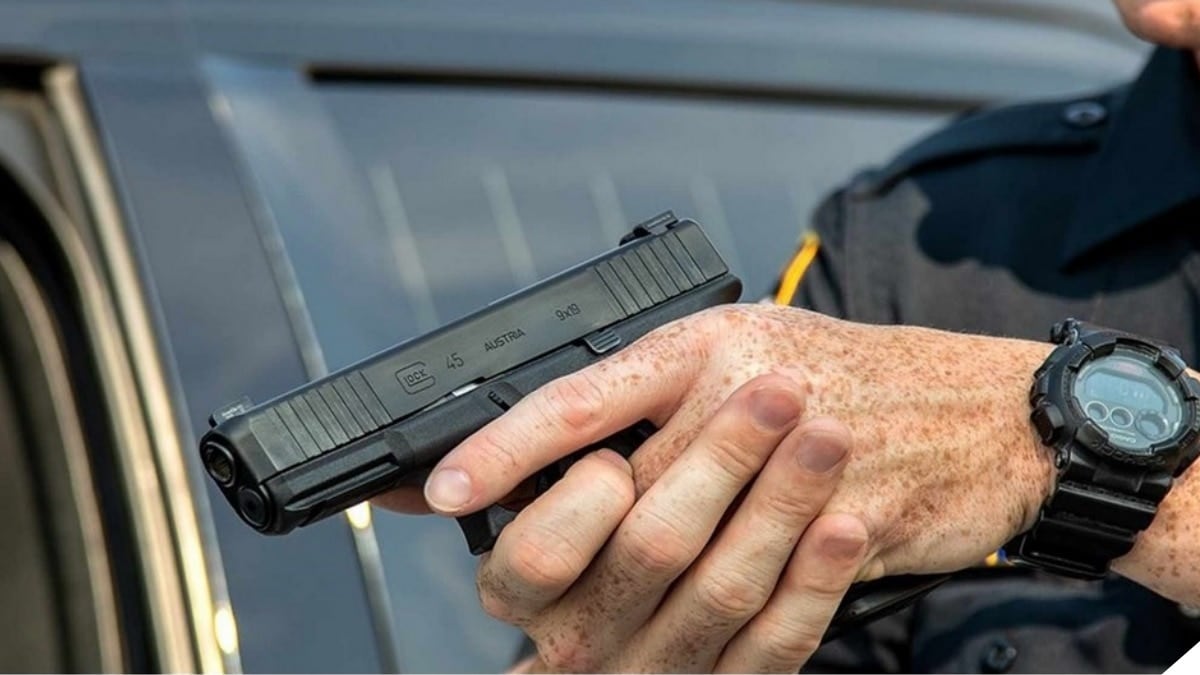 Introduced in late 2018, the Glock G45 9mm has proven popular in both the commercial and LE markets. (Photo: Glock)

Police in California’s fifth-most populous city is reportedly moving away from the .40 S&W platform they have used for years in favor of new 9mm Glocks.

The 800-officer Fresno Police Department in the coming weeks will be transitioning to new Glock Model 45 pistols in 9mm, reports the Fresno Bee. The FPD has used the Beretta PX4 in .40 S&W since 2009, and before that fielded the Beretta 96, a .40 S&W version of the Beretta Model 92.

Local media cites that Fresno Police Chief Andy Hall has been shopping around for new handguns for his department to replace the Berettas, citing a refurbishing program to swap out the springs in the current inventory of pistols and replace fading night sights would cost $100,000.

Dubbed by Glock as a Crossover design, the 5th Generation G45 uses Glock’s Marksman Barrel, improved trigger, ambi controls, a modular backstrap system and flared mag well – all standard to Gen 5 models – while adding front cocking serrations to the slide. The 9mm features the same 17-round standard magazine capacity of the G17 while coming in a few ounces lighter and having a 7.44-inch overall length, which is about a half-inch shorter.

It was a follow-on to the G19X, which blends the full-size frame of the G17 with the smaller slide assembly of the G19 to create a more commander-sized handgun.

Since its debut in 2018, the G45 has been adopted by a string of law enforcement users.

SEE ALL GLOCKS IN STOCK